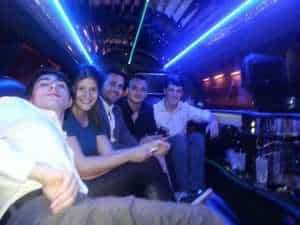 We have had an amazing week! The students began their first volunteer work and internships, they began managing their apartment budgets, participated in some of our activities and started the Ulpan Hebrew course.

Here are some of the highlights…

Every Sunday evening the Madrichim visit the students’ apartments. This is what we call “Apartment meeting and Inspection” – the Madrich enters the apartment and the first thing they do is check that it is clean. No garbage in the can, no dirty dishes, clean floors, etc. After the Madrich has checked that everything is clean enough (Aardvark Tel Aviv upholds very high standards of cleanliness so in most cases, at this point of the semester, it can take some time for the students to pass the inspections) they gather the students together and start the “Apartment Meeting”. This consists of going over the weekly schedule, announcing important messages and doing some fun activity (or just chilling with some snacks).
As I said, at the beginning of the semester most of the apartments don’t pass the first inspection but Markolet 3 (Maya Webeman, Shira Alovic, Sarah Zolthy Sarah Pomerantz and Shevy Vinisky) was amazingly clean! 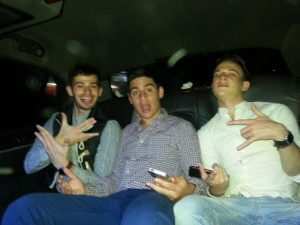 Earlier in the day most of the students began their volunteering/internship!
There were many interviews, introductions, new faces and much excitement – most of the students got what they wanted but some didn’t pass the interview which can be sad and stressful but it is an important experience. Az Troenkrasnow started his internship at a surf club – during his time there he will be promoting the club via its website, learning how to fix surf boards and every once in a while he gets to try some new boards!
Good luck Az!

On Monday the Ulpan course started. We wanted to give the students extra Hebrew lessons right at the beginning in order to increase their motivation and advance their level of Hebrew. It is the first time that we have done this and at first the students were a little bit uncomfortable with the news – “4 Hours of Hebrew for 4 days in a row?!?!”, “No way!”… However, after a few hours of the first day their attitude changed! Each day was great. The Ulpan we are working with is called “Ulpan Or”, it is an exclusive Ulpan that offers interactive classes with unique teaching techniques. I recommend that you take a look at the website and the Study Method of Ulpan Or Video. 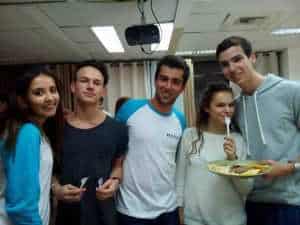 The last day of the Hebrew course ended with a ceremony during which the students presented their achievements – It was so cool! – Students, that at the beginning of the week didn’t speak a word of Hebrew, were holding short conversations! Michel Nikulin, Sam Koekoek, Daniel Samuel and Jared Meyerson did a hilarious show about the best ways to pick up girls in Tel Aviv.

Later on Monday, the Madrichim organized a “Master Chef” activity. Each group chose something that they wanted to cook (according to our guidelines), they then needed to make a list of groceries and to buy them from the Aardvark store with the budget we allocated. The dishes the students made were delicious – the winning dish was Chinese chicken with rice – I’ve attached a picture of it.

On Tuesday, we went to The Palmach Museum.
The Palmach (an acronym for Plugot Maḥatz – “strike forces”) was the elite fighting force of the Haganah, the underground army of the Yishuv (Jewish community) during the period of the British Mandate for Palestine. The Palmach was established on 15th May 1941. By the outbreak of the 1948 Arab–Israeli War it consisted of over 2,000 men and women in three fighting brigades and auxiliary aerial, naval and intelligence units. With the creation of Israel’s army the three Palmach Brigades were disbanded. This and political reasons led to many of the senior Palmach officers resigning in 1950. The Palmach has contributed significantly to Israeli culture and ethos, far beyond its military contributions. Its members formed the backbone of the Israel Defense Forces high command for many years and were prominent in Israeli politics, literature and culture. 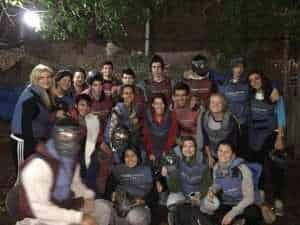 After returning from the Palmach Museum and finishing a full day of Ulpan Rabbi Marc came and joined the group for our first Parsha and Pizza evening. The idea is to offer a brief summary of the events of the weekly Torah portion that is read in synagogues on Shabbat as well as to offer the students a chance to talk about some of Judaism’s big ideas and values. This week’s portion, Beshalach, continues the tale of the Exodus that we have been studying for the last few weeks. It tells the story of the Jewish people crossing the Red Sea in miraculous fashion. Interestingly, soon after the spiritual high of witnessing God splitting of the sea the Jewish people begin to grumble. They complained about not having water, that the water they has was too bitter, they wanted meat, they were hungry and so on. This raised the question of whether true spirituality can develop in a flash or whether it needs to develop slowly and consistently. We concluded that despite all of God’s miracles and awesome power, religion cannot be forced upon someone from the outside; rather, it needs to come from within, from an individual’s heart and soul.

The Mind & Body track had their first session in a spa. It was a surprise – they were asked to bring swimsuits for the hot tubs and saunas. Best of all, each of them receive a pampering massage for 45 minutes. I wish I was also part of the Mind & Body track…

The Entrepreneurship track started with a thrilling opening event. They all met next to the office and waited in their fancy clothes for a limousine to pick them up for a drive in Tel Aviv and to a cool restaurant in the area. The students were so excited! – I wish I was in the ENT track as well…

The students have been through a lot this week – and they have a lot to share!
Until next time, 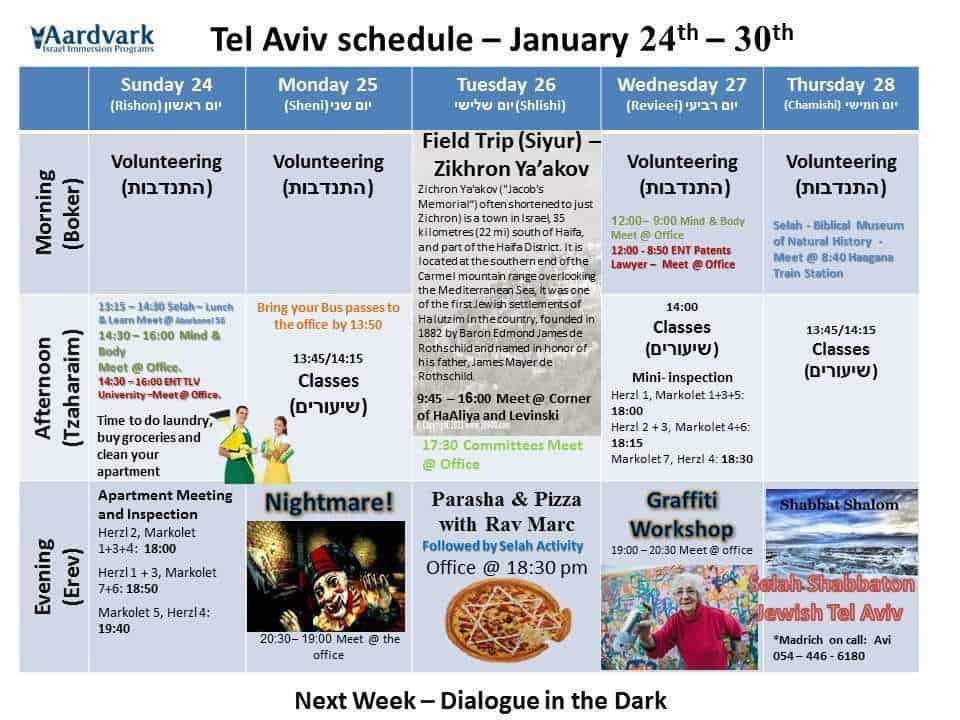