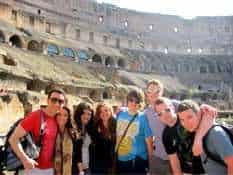 Until you have eaten spaghetti in Italy, you simply haven’t really eaten spaghetti!   From art to food to politics, Italy’s impact on the world has been immense.  A place of olive oil, pasta, wine, mafia, sunshine, Roman ruins and Renaissance palaces, Italy has a lot to give its tourists.  Come see this beautiful country and three of its main cities:  Rome, Florence, and Venice.

Since the time of Judah Maccabee, Jews have had a presence in Italy and have left their mark on the country.  Today about 50,000 Jews make Italy their home and you will have a chance to meet some of them to hear about their lives as a small minority in a large Catholic country.  While visiting, learn about the relationship between the Vatican and the State of Israel as well as the impact of World War II on the Italian Jewish Community.  On the Aardvark World Adventure program you will see, taste, and explore ancient and modern Italy through the lens of Israel and the Jewish world.

Arrive in Rome and immediately delve into the culture of what was once the mightiest empire on earth.  Visit the Coliseum and the Roman Forum.  Walk to the Pantheon, Piazza Navona, and the Fontana dei Trevi.  Taste the delicious Italian cuisine and enjoy a special evening strolling through the Piazza San Pietro. 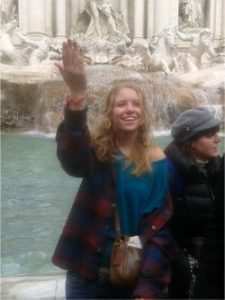 In the morning, visit the central synagogue in Rome and its adjacent Jewish museum to learn about the history of Italian Jewry and the ghetto. Visit Vatican City and try to get a glimpse of the Pope… Good luck! Wander through the extensive Vatican museums filled with priceless artwork, the highlight of which will be a visit to the Sistine chapel and Michelangelo’s masterpiece.  Switch back to your Jewish roots and attend Friday night services in the beautiful and large central Roman synagogue.

Meet a member of the Jewish community who survived the Holocaust and learn why he continues to live in Rome.  Stroll along Piazza di Spagna and take pictures on the famous Spanish Steps.  Window shop in this area of posh high fashion stores.

Make sure to toss a coin backwards over your shoulder into the Trevi Fountain to ensure you will visit Rome again one day.  Attend a meeting of a local Zionist youth movement and speak with high school and college students about their life in Italy.  See picturesque Rome lit up at night. 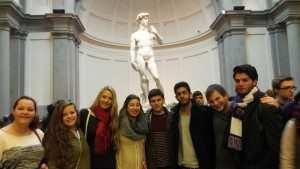 Travel to Florence and spend the day of sightseeing in the fascinating city.. Visit the amazing Duomo, the Academy where Michelangelo’s famous sculpture of David resides, the Bargello, the Medici Chapels, Santa Croce, and the Jewish Synagogue and Museum.

Day trip to the medieval city of Sienna and see Piazza del Campo.  Have lunch on a mountain top.  You will be out in the beautiful Tuscany countryside.  Visit a winery for a taste test and learn about wine production.  Visit a farm of saffron, the most expensive spice in the world.

Educational Rationale for a trip to Italy
By Keith Berman

Italy is definitely a country everyone wants to visit.  And it is also a country for many people that they want to visit more than once.  And why not?  The people are friendly, the food is great, the weather is great, there is a lot of history, and I will mention again that the food is great.  When thinking of Italy at first glance it is not controversial.  Certainly when organizing trips to Poland or Germany there is controversy involved.  But Italy…no one blinks.  However besides the wonders of the country it is important to educate our youth that, like many places in Europe, the majority of Jews were killed. What is unique to Italy is that they voluntarily became a fascist country and they voluntarily gave up their Jews to the concentration camps.  There is a strong lesson to learn that in this country that developed the original concept of the ghetto hundreds of years ago, was adopted by Nazis as a first step in the annihilation of the Jews.  Heavy stuff indeed; but important to teach about while simultaneously loving the amazing sites of Italy.