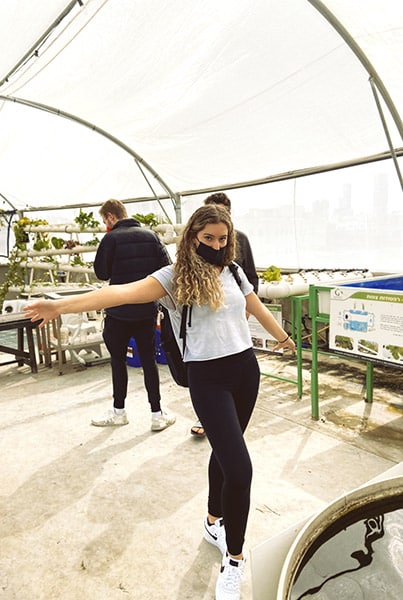 This week, we all braced for the snow that was coming! As soon as it began to snow on Wednesday, we all ran outside; some students went to Gan Sacher and had a legendary snowball fight. For some of us, it was our first time seeing snow!
After a long time of anticipation and a pretty warm winter, to be honest, on Wednesday night Jerusalem was covered in white. Every February, Jerusalemites hope that maybe this year we will get snow. For many of you it is probably not exciting, but in Israel snow is rare, so every snowfall is a reason to celebrate. Just as our hopes for snow came true this week, we have a new hope that maybe next week, with the receipt of the second vaccine, we will all be blanketed with a sense of calm and serenity. 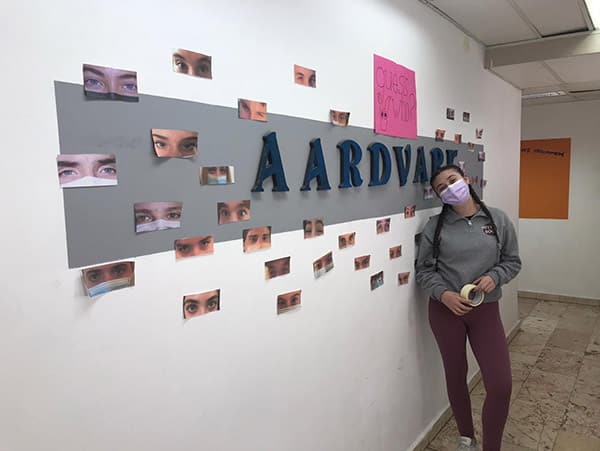 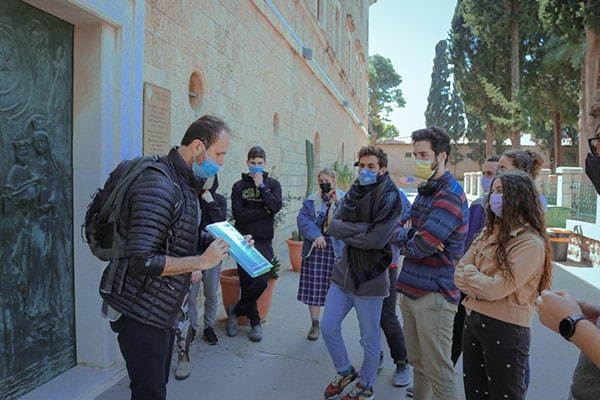 Darby Shaw learning about the inside of the ambulance in the Magen David Adom course.
On Sunday, Aardvark provided us with a Valentine’s Day activity. This activity was to interact with other people that we’ve never spoken to before, and we got to know a little more about them.
This activity was a great one for Aardvark students; we got a paper with questions to ask each other. I got paired with Noa Agastein. I’ve never really had a full conversation with her before, and during this activity I got to know her better!
-Kevin Ezair 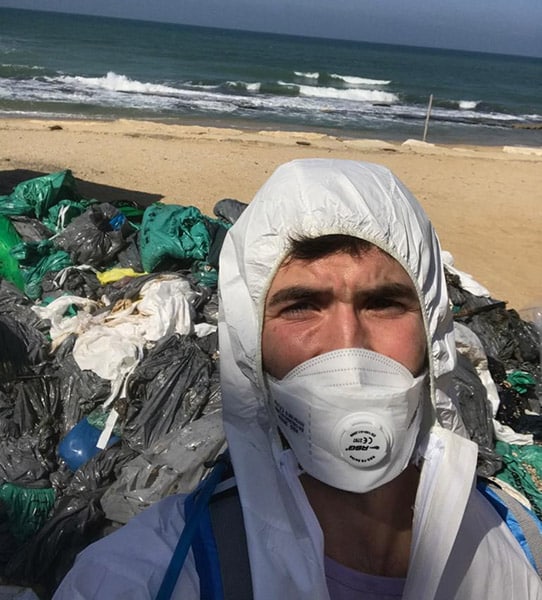 After coming back from my 10-day MDA course, I can say with certainty that I need more practice and experience before I can help people in need. Before the course started, I was already CPR certified, due to my last job as a life guard, and I thought I had the skills to help someone in need. But now I have learned more about human anatomy and disease treatment than ever before. I know enough to be an emergency medical responder but that’s it, and there is so much more to treating an emergency that I don’t know. But what I can say is that this course has started me on a journey of help and health care. It’s whet my appetite for medicine and now I look forward to the day when I can help those in need as a fully trained medical professional.
-Yotam Roth
This week we visited Mount Hertzl, the national cemetery of Israel. When we arrived, we started at the top of the hill where Theodor Hertzl is buried. His legacy is shown through the architecture of his headstone. Only his name was written on the stone to show that no description was needed to portray what he did for Israel. From there, we moved on to a site that is dedicated to those who lost their lives in terrorist attacks. The walls of this memorial had plaques of every life lost. We discussed a part of the wall that was left blank. This part of the wall is there for future deaths in terrorist attacks. There was a very serious and somber atmosphere throughout this whole trip, which was very different from our usual tiyulim. After visiting grave after grave of soldiers who inspired, fought, and died for Israel, we discussed the idea of hope. Although it seemed strange to talk about hope while in a cemetery, it was a prominent part of every soldier’s story. Each story we heard revolved around the creation of Israel and a place for the Jewish people. Every soldier who died, died because they wanted the Jewish people to have a home. They fought for hope, and they fought for safety. Although the idea of visiting a grave may seem melancholic, Mount Hertzl was the opposite. We all left that day feeling a sense of cultural and religious pride. Hearing the stories of Jews across the world coming to Israel to fight provided a sense of pride, unity, and hope.
-Natalie O’Brien 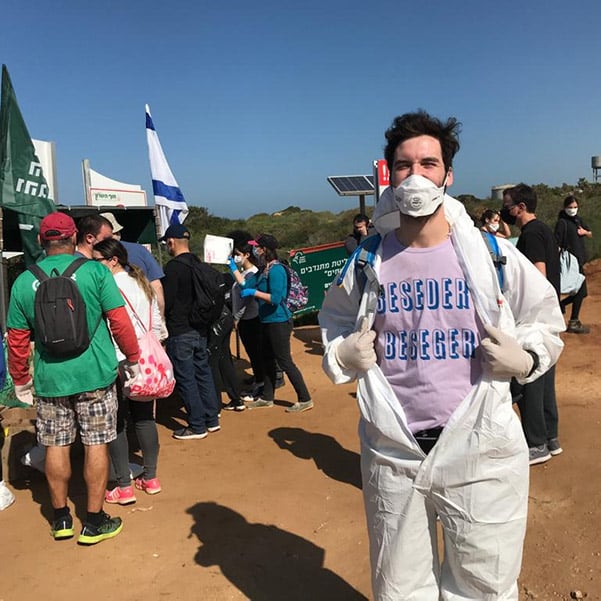 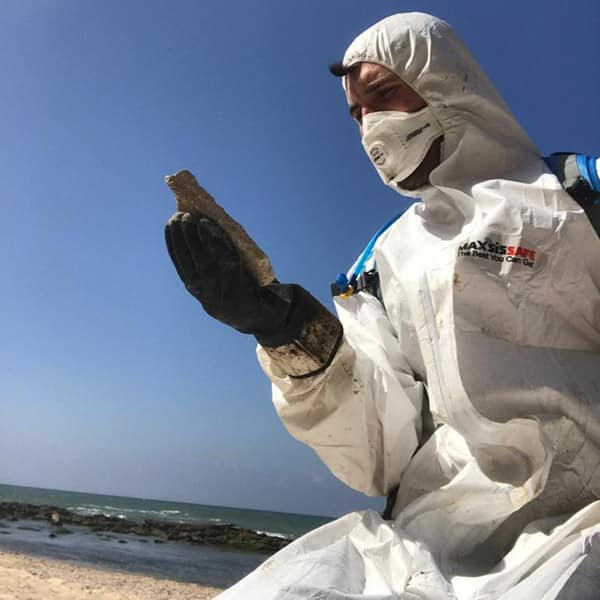 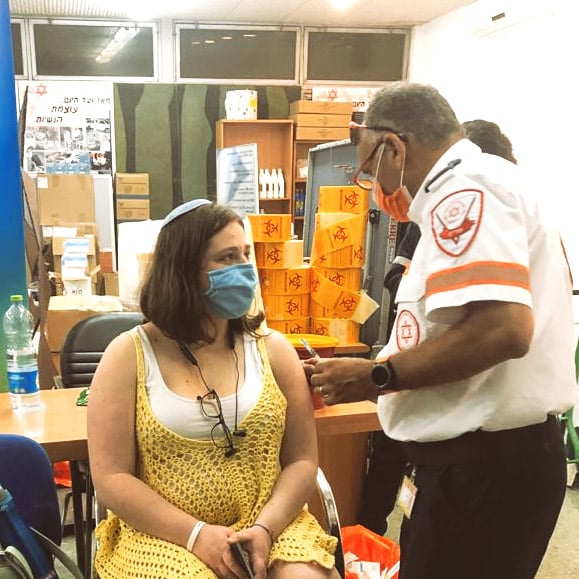 I have been interning at Jerusalem Venture Partners for the past month. I work as a project intern and help with a wide range of operations. My job consists of financial modeling, but I also get to be creative and help with the marketing campaign. I travel to work every day by bus. It’s very easy to navigate Jerusalem thanks to my Rav Kav.
-Sydney Rothschild 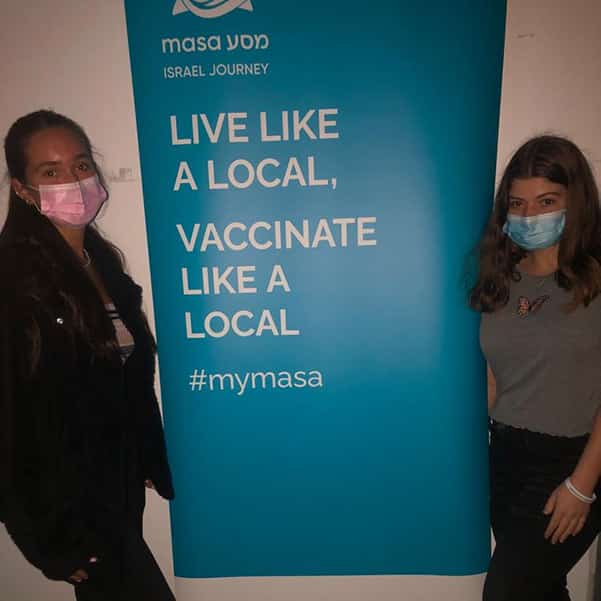 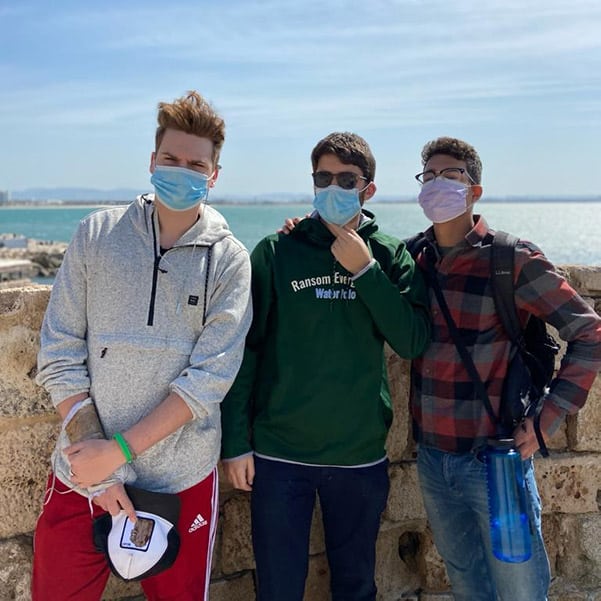 Last week, I started working for the Israel Antique Society in an excavation site under the Western Wall. Although I did not think of interning here at first, I knew there was no better way to take advantage of living in Jerusalem than to take this internship. The excavation site is filled with many unique pottery pieces as well as numerous different kinds of animal bones. Even though these findings may seem quite insignificant I find it very special holding and knowing the age of these pieces and all the history / time periods they have gone through. One of the most interesting things I found was what looked like half the jaw of a very big animal that lived around 1000 years ago. I’m very thankful for the opportunity I have received and I’m excited to see what else there is to find. This is definitely an experience that I’ll remember for the rest of my life.
-Oliver Saadia
This week in (th)INK!, our students braved the snow to come and study together in person. We went over the story of Purim from the Book of Esther, and explored some of the deeper ideas behind the concept of unity that is expressed through celebration on Purim. We dug deeper into the understanding of the festive banquet as not a drinking party, but rather a spiritual opportunity to experience real joy and connection with Jewish unity and pride.
Shabbat Shalom! 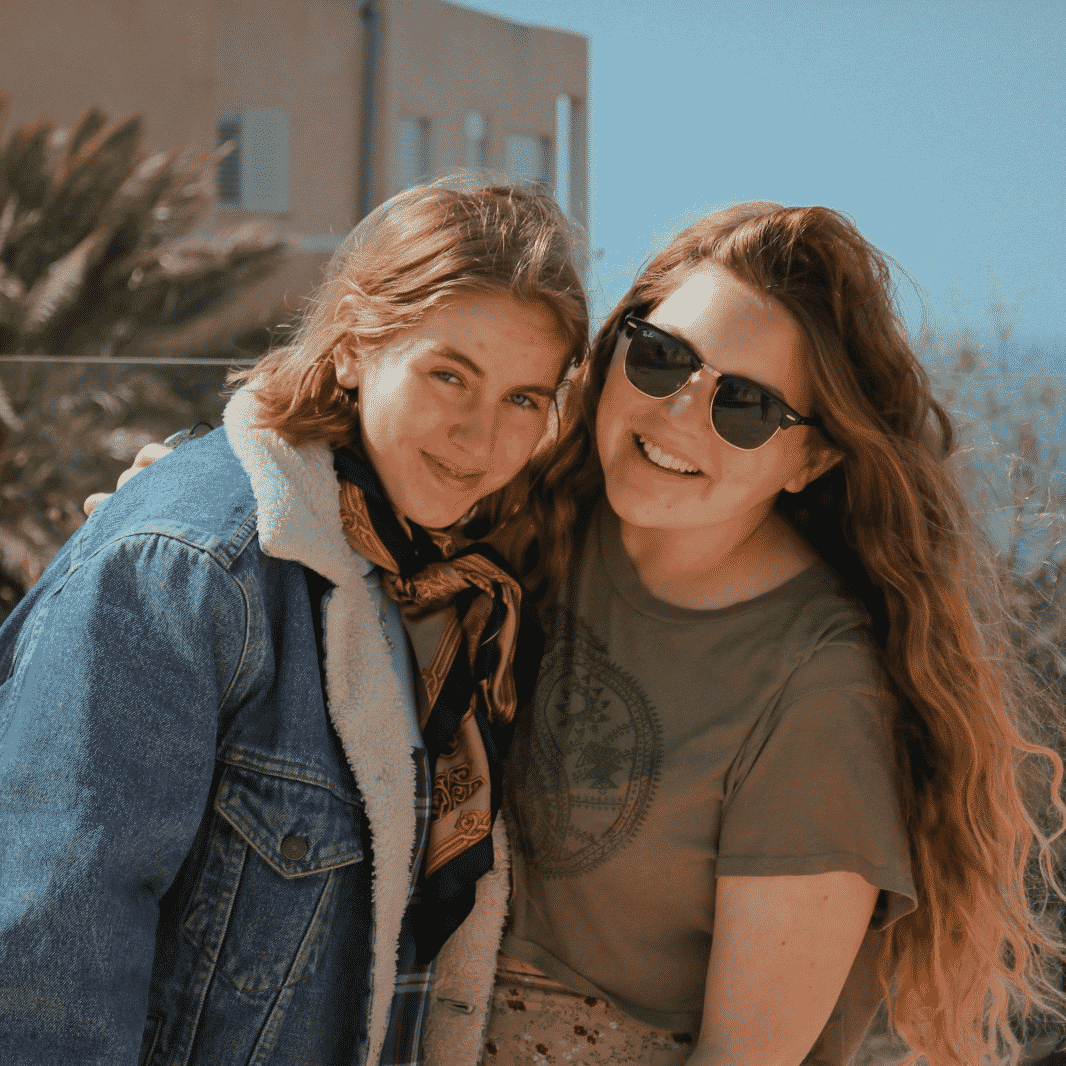 Next week, we begin getting into the Purim spirit with Spirit Week! We will be making Hamantaschen, recieivng our second dose of the Pfizer vaccine, and getting ready for the holiday of Purim!!!

Our counselor on call this weekend is Noga.