Saturday in the Park; Gan Sacher is Coexistence In Israel

I spend Saturday afternoons relaxing with friends in the sprawling Gan Sacher (Sacher Park), nestled between the Nachlaot and Rehavya neighborhoods in Jerusalem. I often look around at who else chooses to spend their afternoon at the park. Modern Orthodox families sit on grass mats on the hill adjacent and have picnics. A group of Indians play cricket on the green, shouting enthusiastically. Ethiopian Jews grill kebabs by the benches and play music unlike anything I have heard before. As a musician, I am drawn to sit beside them to listen to the bouncing rhythms and twisting melodies of Ethiopian music. My friends often challenge the Arab kids shooting basketballs to a game of pickup. Secular Jews run through the snaking paths in athletic clothes and headphones. Others like me lay on the hill with computers or books looking up occasionally to marvel at how the sun can turn Jerusalem stone into gold. Jews whose parents fled persecution in Europe take leisure time beside Jews whose parents fled persecution in the Middle East, each enjoying safety and opportunity in the land of Israel. On the jungle gym, Arab kids play with Jewish kids. On the benches, mothers who wear hijabs strike up conversations with mothers who wear Tichels, each watching their children play together, wishing again to go back to the fresh eyes of childhood that transcends religious boundaries.

Ironically, coexistence in Gan Sacher takes place on ground that was once destined to be a graveyard for fallen Israeli soldiers in a war waged against Israel by Arab nations who refused to co-exist in the Middle East with the Jewish state.

While we often focus on the communities in Israel who struggle to live side by side, Gan Sacher on Saturday afternoons is a gentle reminder of the beauty of coexistence and the widespread consensus here that living side by side with those who are different is better than being separate.

Benjamin Newman is from Bryn Mawr, Pennsylvania and is in Israel for the 2019-2020 Year on Aardvark Israel Gap Year Program. 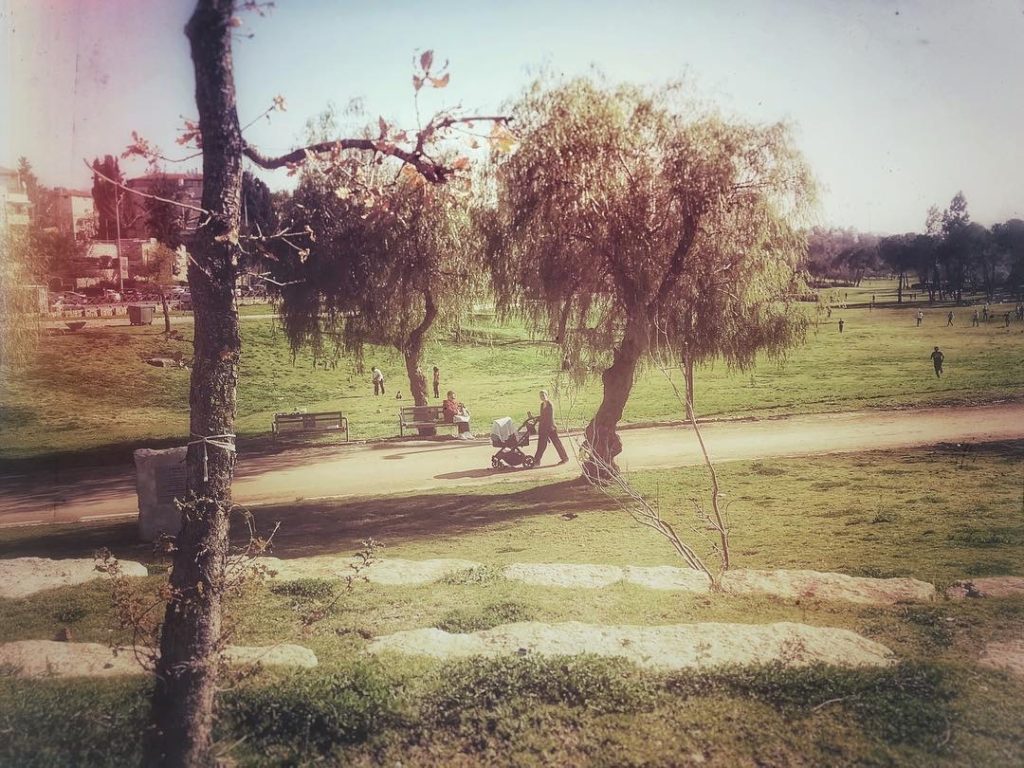