We hope that you have had just as fantastic a week as we have had here in Israel. It was a great week full of fun and educational activities.  Ready to read about it? Here are some highlights:

Sunday morning, some of our students left for the final international trip of the semester – China! We have been receiving photos and they are having the most amazing time! We are excited for them to return Sunday morning (the 15th of December)!

Sunday evening, the students gathered in the Moadon to have an activity with the Madrichim. We started the evening with a choreographed dance from each team – The Girls, and The Boys. The girls danced to “The Boys are Back” from High School Musical, and the boys danced to the classic “Girls Just Want to Have Fun.” Once it was clear that the boys won the dance-off, we transitioned into a “Jeopardy” style game – each team had to pick a score from the board and then complete a challenge that would earn those points. The challenges included everything from trivia, to some teamwork strength challenges, to a dance battle, to trying not to laugh in front of each other with water in their mouths. In the end, the girls came out victorious!

Monday evening, we had a sushi making workshop, where we taught the students how to make sushi. For many of the students, this was their first time making sushi, and they can now add it to their growing repertoire of foods they can now make.

“Sushi night was so much fun with Natali. Living by ourselves, learning how to cook can definitely be a challenge, and it is definitely not my strong suit, so it was really fun to learn how to make something that I wouldn’t have otherwise thought to make by myself. It’s also fun to do different activities with my friends and making sushi is something creative.”

On Tuesday’s Tiyul, we went on a tour of the Menachem Begin Museum. We started with a presentation about the ancient burial caves just behind the museum, which date back to the First Temple period. The juxtaposition between ancient history and modern history is everywhere in Jerusalem. We continued the tour inside the museum. Some of the exhibits we enjoyed the most were the collection of old videos and the model of Begin’s old safe house and apartment. A terrific guide who walked us through the different exhibitions led the tour. We learned about Begin’s life and the events that shaped his ideas and thoughts. We learned of his interesting journey from Russia, to Poland, and finally to Israel where he lead the underground organization, the Irgun (also known as the Etzel), prior to the establishment of the State of Israel, and finally his work as the sixth Prime Minister of Israel. It was fascinating to learn about both the man and his legacy.

After a break for lunch, we headed over to the Herzl Museum, a museum dedicated to Theodor Herzl and it offers an opportunity to take an in-depth look at the life and activities of the founder of the modern Zionist movement.

We enjoyed the interactive approach of the museum, including an hour-long sound and light show, which presents Herzl’s vision in relation to the Jewish world. The museum is split into four exhibition spaces, three of them showing different eras of Herzl’s life, from the beginning of his life in Vienna and the Dreyfus trial, through the Zionist Congresses in Basel until his early death at the age of 44. The highlight of the tour is the fourth room where visitors are given an awe-inspiring views of the accomplishments of the Jewish state, despite the many difficulties and hardships, and it raises the question of whether Herzl’s famous quote, “If you will it, it is no dream,” has come to fruition or is still in the midst of coming true.

“On this Tiyul Tuesday, we went to the Menachem Begin Museum and the Theodore Herzl Museum. Both museums showed men who forever changed the fate of the Jewish people. At the Begin Museum, we learned all about Begin’s pursuit of peace. He was a big believer in democracy, so he refused to appoint himself as Prime Minister. After 29 years, he was finally elected by the people. Once he was elected, he passed the Camp David Accords, which made peace between Israel and Egypt. Then, we went to the Herzl Museum. We learned that through extreme anti-Semitism in Europe, Herzl united the Jewish people through one dream. In his book, The Jewish State, he created Zionism, which introduced the idea of receiving a homeland. His persistence in vouching for a Jewish state over a century ago makes me feel even luckier to have Israel today”.

Tuesday evening, for our Faces of Israel activity we hosted Charlotte Korchak from “StandWithUs”. StandWithUs (SWU) is an international and non-partisan Israel education organization that inspires and educates people of all ages and backgrounds, challenges misinformation and fights antisemitism. Charlotte spoke to us about her personal story of being a Jewish American and student in an American college campus, encountering anti-Israel activists. We learned and purchased tools that will help our students in the future when they encounter anti-Israel activists or movements.

This week on Selah:  Our theme was “Kashrut”.

On Monday, we had the honor of meeting with Rabbi Aaron Lebiowitz, a local Jerusalemite who made Aliyah from Berkeley California. He taught us about the ways he is revolutionizing the Kashrut system and marriage system in Israel, by creating a competitive market that provides people Halachik options outside the Chief Rabbinate. We then explored our neighborhood (Ben Yehuda and Yafo), and asked various storeowners about their Kashrut and their experience with receiving the Kosher certificate. It was definitely a day that opened our eyes to some of the realities Israelis experience every day.

On Thursday, we attended a workshop at possibly the fanciest and best-known restaurant in Jerusalem, Eucalyptus http://www.the-eucalyptus.com/. We got a backstage tour of the kitchen, learned about what it’s like to keep kosher at a high class restaurant. We also had a cooking workshop with the renowned chief, and enjoyed a very luxurious and filling lunch.

Internship in the Spotlight: My name is Jonathan Levit and I’m from Gladwyne, Pennsylvania. I intern at Gigawatt Global, a renewable energy company that works in emerging markets to help electrify underdeveloped areas all over Africa and the world. Every day I have the pleasure of entering an office filled with people dedicated to making an impactful change in the world. All of my fabulous co-workers come from incredibly storied backgrounds and successes. My boss, Dr. Hanna Klein from Sweden, holds patents in concentrated solar technologies. Mr. Gershon Baskin, from New York, was one of the lead negotiators in freeing Gilad Shalit from Hamas, and finally Mr. Yosef Abramowitz from Boston, the CEO of GWG, three time Nobel Peace Prize nominee, and activist who helped to found Martin Luther King Jr. Day, are just some of the examples of the incredible people I see four times a week. I get to do real work that has a real impact on some of the projects they are bringing to life in Africa right now.  Hopefully one day soon, somewhere at the bottom of a long list of names I will be listed as a contributor to a solar farm in Africa (I can’t tell you where yet!)!

Next week, we will be visiting Yad Vashem and Har Herzl, having an army night with our counsellors, movie night at an Israeli cinema, and more! 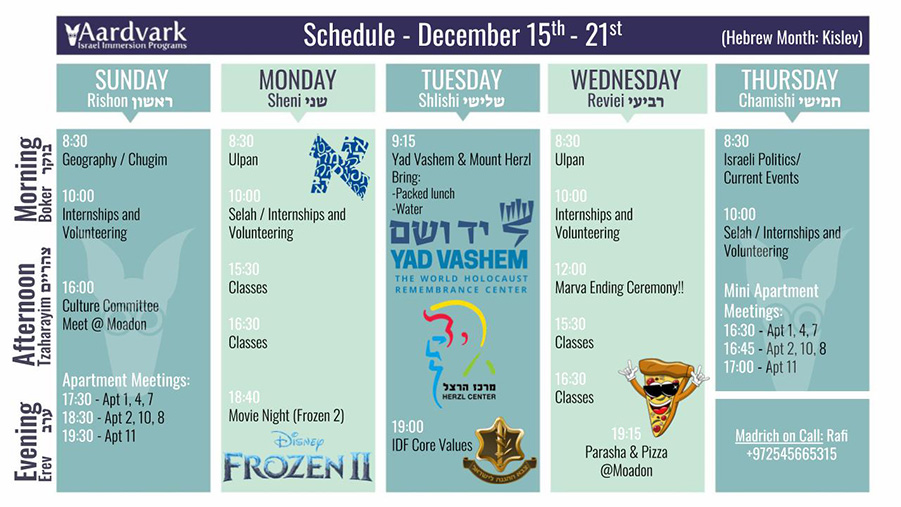 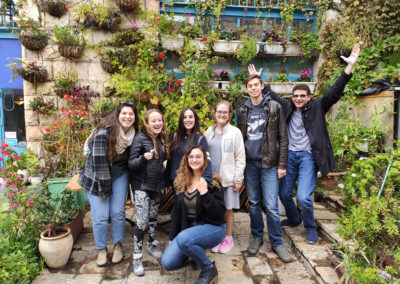 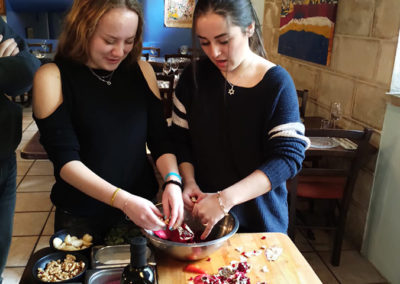 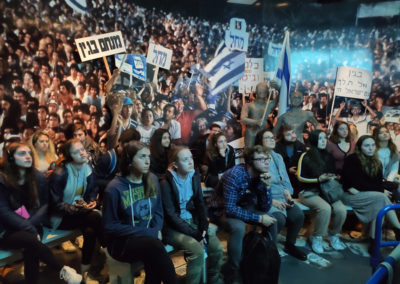 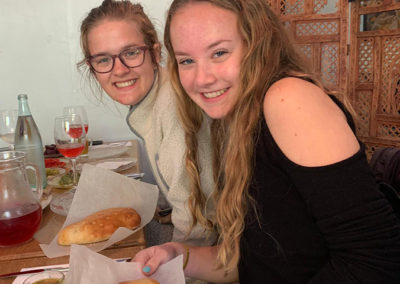 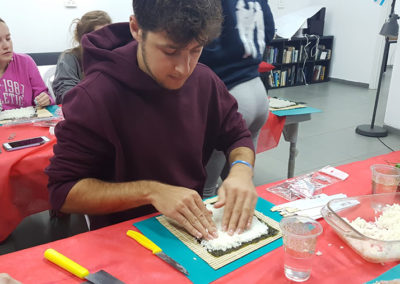 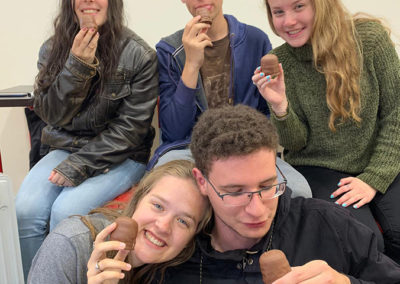 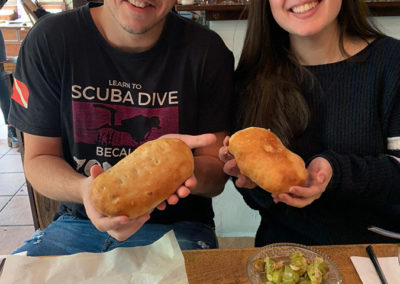 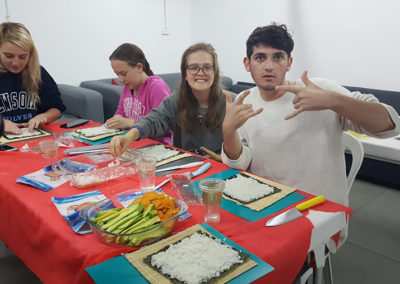 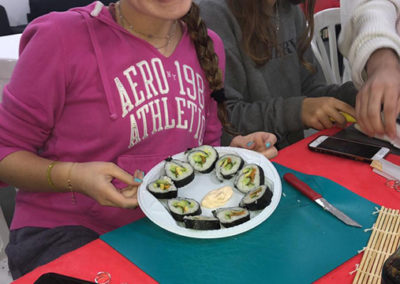 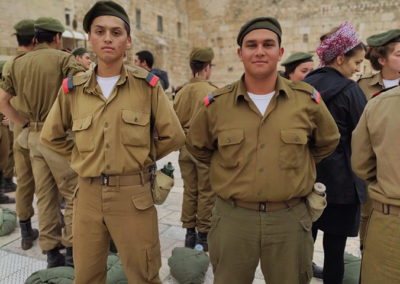 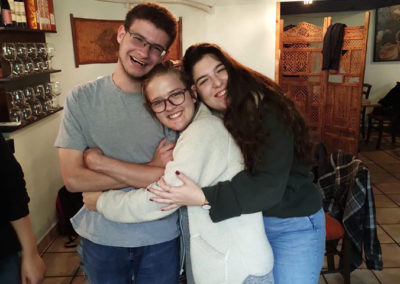