The second week of our semester has come to an end. After two busy weeks of activities and traveling, it seems as if our students have come together and have already made really close friendships with one another, which contributes to the amazing vibes we are feeling.

On Sunday morning, we all left Jerusalem and headed to the Negev desert. Our two-day excursion to explore the dream of modern Jewish pioneers in the southern region of Israel began with a hike at Ein Avdat. The national park is cradled in the path of the Tsin Stream, and within the park there are three springs – En Ma’arif (at the foot of the upper waterfall at the head of the canyon), En Avdat (in the center of the canyon), and En Mor (where the canyon opens out into Tsin Valley).

We hiked, saw a waterfall (even though we were in the desert, it was too cold to go in the water), and had a really fun time getting to know each other with some icebreaker activities.

After lunch from Holy Bagel, we continued south to Sde Boker, where we visited David Ben-Gurion’s grave and heard about his vision for developing the Negev, and its importance for the future of the state of Israel and the Jewish people. We learned about the difficult and influential decisions he made during his career, such as declaring Israel’s independence when the chances of winning the 1948 war were grim, firing on the Altalena, which contained desperately needed arms for Israel, leaving the role of Prime Minister to pursue his passion of living and building up the Negev, and returning to be Prime Minister when the US- Israeli relationship was in jeopardy of undergoing irreversible damage.

We also held our opening ceremony, where we heard opening remarks from Simon Cohen, sang HaTikvah, and sang and dance!

From there, we headed to our beautiful hostel that overlooks Mitzpe Ramon. We arrived at the hostel and were astounded by the beauty of it. The town of Mitzpe Ramon sits on the edge of the Ramon Crater in the Negev Desert of Southern Israel. A town of 3,000 people, it has a reputation in Israel of being a dusty backwater on the way south towards Eilat, however, in recent years Mitzpe Ramon has seen a renaissance with many new innovative and unique touristic businesses and attractions opening in and around the town.

After dinner, we had a night activity and then an activity that helped the students really get to know each other through questions and answers that were designed to help them really step out of their comfort zone.

On Monday, the second day of our Tiyul, we gave the students two options for our morning hike:

Some of the students were a little bit worried at the beginning, but they all were up for the challenge! And guess what? Everyone finished the hike and even had enough energy left to frolic and explore the colorful sands.

After lunch, we split again, but this time into four groups to visit and volunteer with the Bedouin community in the Negev. We visited the communities of Kuseife, Azarnug, Rahat, and Azarnug. The students met local schoolchildren and heard their stories, met a female entrepreneur, and volunteered. What a once in a lifetime opportunity!

Meredith Halperin said, “The first Tiyul of the semester was so fun! As we traveled down to the Negev, I felt a lot of nerves because I usually don’t like hiking and nature. To my surprise, all the activities made me so excited for the semester! The two hikes were both so beautiful and so different. I loved getting to know all the new friendly faces and bonding with people in both Jerusalem and Tel Aviv.  My favourite part of the whole Tiyul was the Dyadic conversation we had with one person after the evening activity. It was a really cool way to get to know someone a little bit deeper and I felt closer to the person and more open to talk about things. Overall, I made new friends, hiked, and had an amazing two days.”

On Tuesday, the students were given the morning to catch up on some much needed sleep, go grocery shopping and do laundry.

In the afternoon everyone came to the classrooms for a session about academic lessons and the different classes we have to offer here on Aardvark. We also had a session about the importance of Internships and Volunteering. The students are all super excited to begin.

On Tuesday Evening, we took the students to iJump Jerusalem! iJump is an indoor extreme trampoline park of more than 2,000 square meters of trampolines, extreme ninja course, ropes and ladder course, cage ball, basketball, and foam pits. The students really enjoyed jumping, playing, and having a fun night out before classes and internships begin Wednesday morning!

On Wednesday morning, we started with our first Ulpan class of the semester! Some students have already been taking Hebrew class since the first semester and have been a big help to our new students!

After class, some students began their first day of internship/volunteering, while other students did group volunteering with one of our alumni, Shlomi. Shlomi is currently serving in the IDF and he spoke to the students about his experience on Aardvark Israel, and then the students baked cookies and wrote letters to the soldiers in Shlomi’s unit.

On Thursday morning, we began with class, followed by more Internship interviews and more group volunteering. The students went to Lifta, a nature reserve. There, they learned the history of Lifta, and cleaned up this historical place. The students loved exploring the abandoned structures there and seeing the graffiti left behind. From Lifta, you can see the most beautiful view of Jerusalem and neighboring cities, and the students started to feel a true appreciation for the city of Jerusalem!

This week will be our first full week of regular scheduling! Classes, Internships, Chugim, and more! We will be having a graffiti tour in Nachlaot, and a tour of one of Jerusalem’s oldest neighborhoods, Mishkenot Sha’ananim! 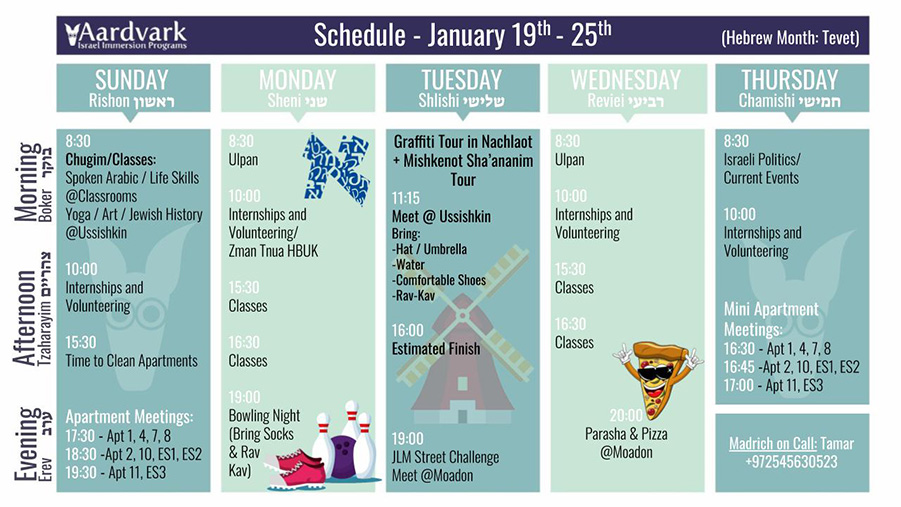 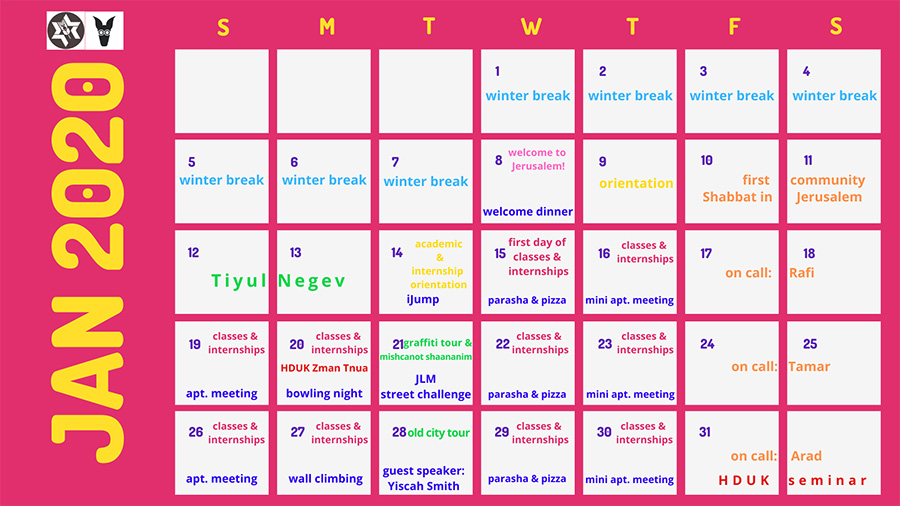 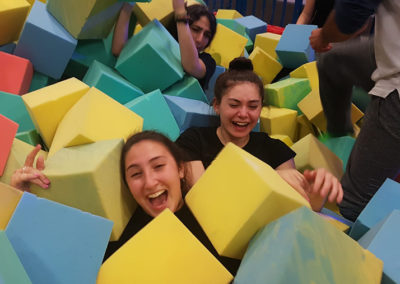 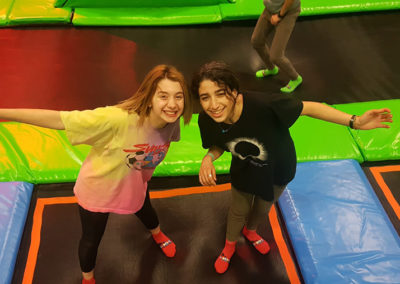 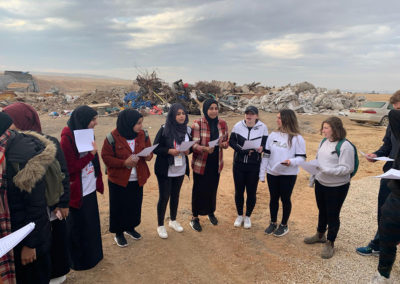 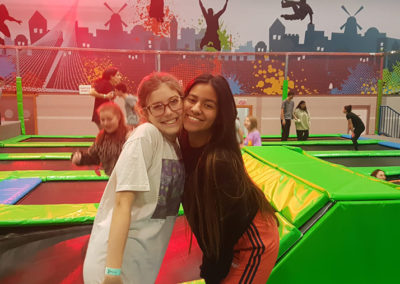 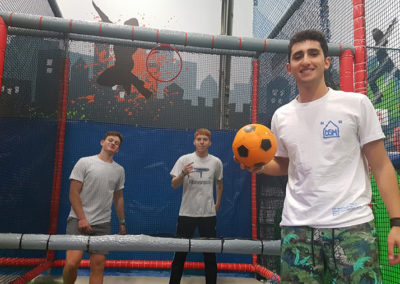 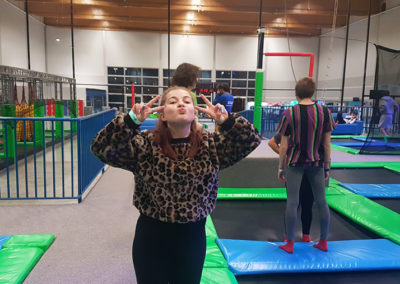 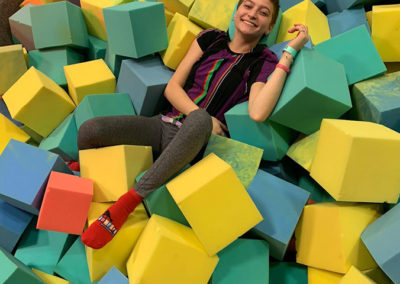 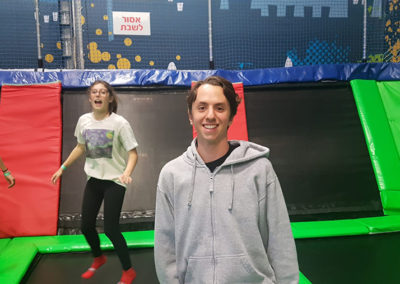 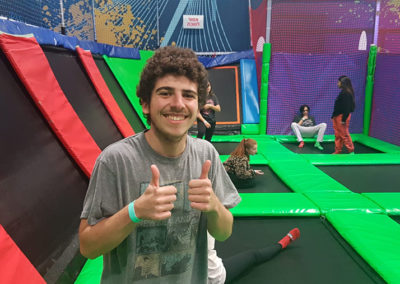 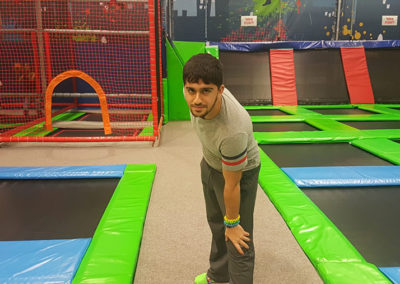 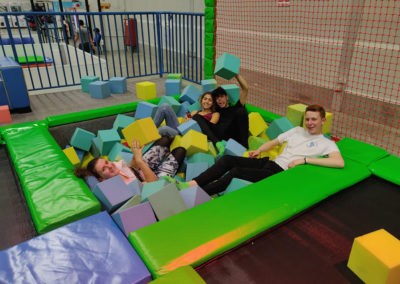 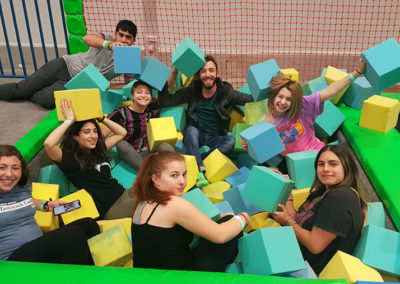 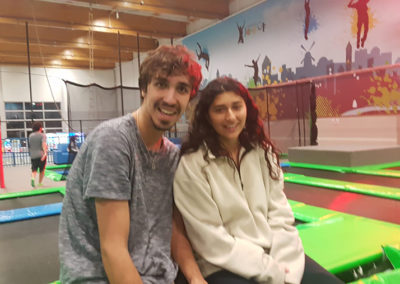 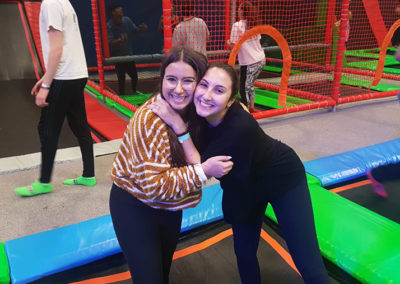 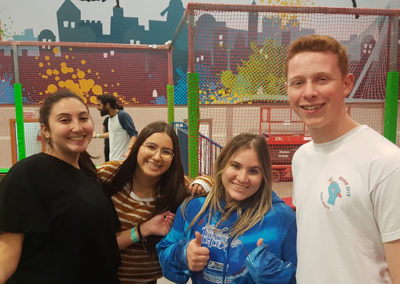 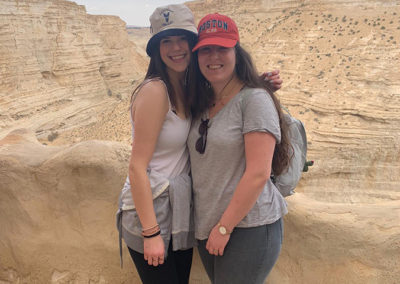 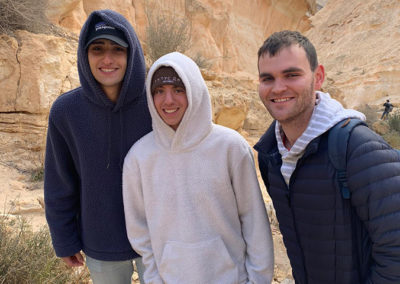 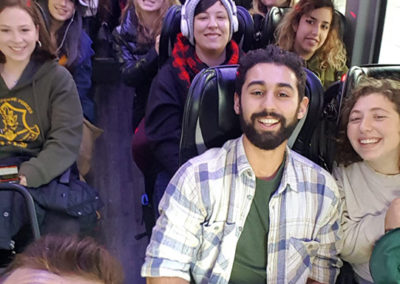 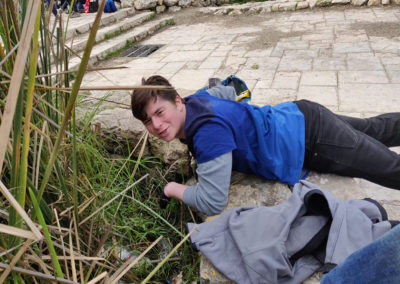 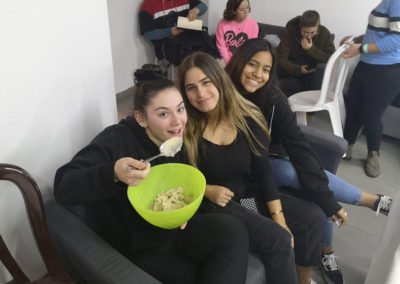 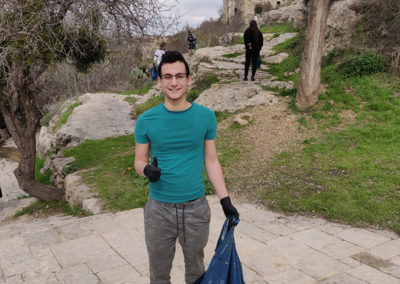 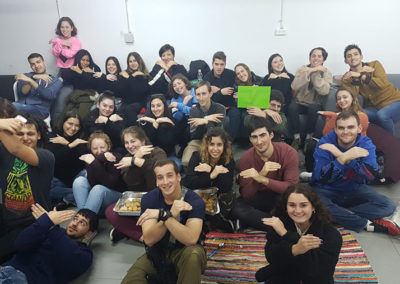 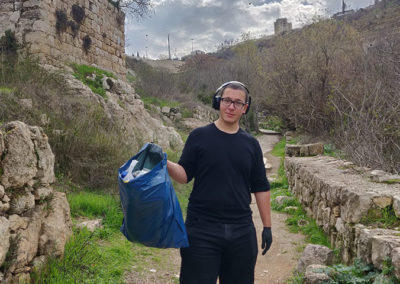 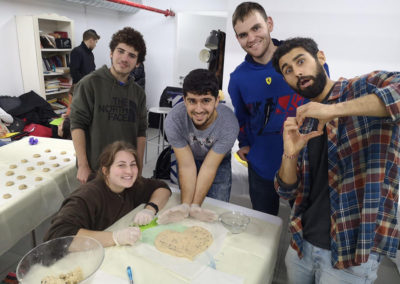 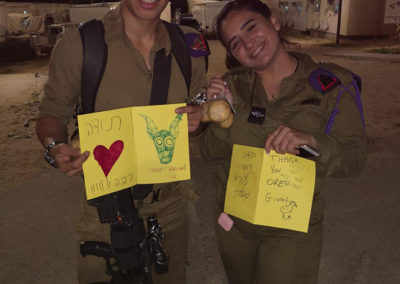 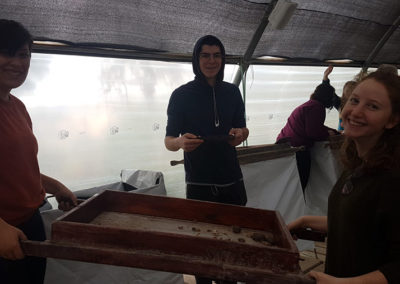