Here in Israel it has been a packed week that included both Memorial Day and Independence Day. Marking these days, the students felt the unification of the country during this special time. Here are the highlights from this week (which was almost every day this week ☺ ).

On Sunday evening in the apartment meetings, the Madrichim helped the students prepare for the emotional week ahead. We discussed what was going to be happening all over Israel and how as Israelis, we turn the sadness into happiness going from Yom HaZikaron to Yom Ha’Atzmaut. How we, each and every one of us, can make a difference no matter how small and what it means to truly be a part of the Israeli family we have become over the past few months.

On Monday night, some of the students participate in an Acroyoga workshop with Ayo Abitbol from Studio Ayo. We started with a quick yoga warm up and continued by learning two tricky Acroyoga poses. By the end, we all wanted to sign up for classes!

On Tuesday Morning we went to Mount Herzl, the site of Israel’s national cemetery and other memorial and educational facilities, found in the west of Jerusalem. There, we went to the Herzl Museum, a museum dedicated to Theodor Herzl, and it offers the opportunity to take an in-depth look at the life and activities of the founder of the modern Zionist movement.

We enjoyed the interactive approach of the museum, including an hour-long sound and light show that presents Herzl’s vision in relation to the Jewish world. The museum is split into four exhibition spaces, three of them showing different eras of Herzl’s life, from the beginning of his life in Vienna and the Dreyfus trial, through the Zionist Congresses in Basel until his early death at the age of 44. The highlight of the tour is the fourth room where visitors are given an awe-inspiring view of the accomplishments of the Jewish state, despite the many difficulties and hardships, and it raises the question of whether Herzl’s famous quote, “If you will it, it is no dream,” has come to fruition or is still in the midst of coming true.

On Tuesday evening, we went to Latrun for a special Yom HaZikaron ceremony organized by Masa and attended by several thousand people from different programs. We heard the stories of Alejandro Hoffman, Sean Carmeli, and Jordan Ben Simon among others, who were killed while serving in the IDF or in terror attacks, they were highlighted through videos and anecdotes from their families and friends. IDF Captain Yair Alkalai also spoke.

“In an age where terror targets our homes and synagogues, and when we face new and old forms of anti-Semitism on the streets and on campuses, the home front has become the front line, and we stand on that line together,” Israel’s Minister of Public Security and Strategic Affairs Gilad Erdan said in a statement to the Journal. “We are always and forever committed to the core Jewish principle, ‘kol Yisrael aravim ze la ze’ (we are all responsible for one another). And we have a special responsibility to our missing and captive soldiers.”

He continued: “We will never rest until we bring Hadar Goldin, Oron Shaul, and all of our missing and captive soldiers and civilians home. I believe this is our highest moral duty and a sacred oath we take to our soldiers and their families. To our enemies I say, the long arm of the IDF and security forces will reach you anywhere and everywhere, on our borders and far beyond them. We are watching you and we will act forcefully to defend ourselves against any threat.”

Isaac (Bougie) Herzog, Chairman of the Jewish Agency and Masa’s honorable guest, talked about the anti-Semitic events taking place all around the world including recent attacks in Pittsburgh, Poway and Israel and Paris.

“We can never put the fragments back together,” Herzog said “but we can renew our resolve to cherish their memory and honor their legacy.”

The ceremony concluded with the more than 4000 people there singing HaTikvah. Powerful and moving would be understatements.

On Wednesday morning, we woke up early to return to Har Herzl, Israel’s national cemetery, where the grounds stretch for miles with graves of fallen soldiers. Thousands of people were there to remember those they had lost, but for the most part, it was silent. We started by volunteering and handing out water and memorial stickers to all the people who were there to mourn, and then we stood for a moment of silence with all the nation. We walked around noting that the ages of those who had died were not far from our own, we began to think of the individuality behind the graves. We were lucky enough to talk to family and friends of those who had passed, and hear stories about their beloved. These were people who had fought for a country they love. These were heroes.

On Wednesday evening, we met in the Ulam to listen to songs that were written in memory of fallen soldiers and victims of terror. We listened to the songs and learned the meanings behind them and who they were written for.

At the end of the activity, we asked the students to reflect on Yom Hazikaron and what the day meant for them, for many of the students it was their first time in Israel for this time of year.

Joe Porter said, “After the siren on Har Herzl this morning, I stuck around to hear Prime Minister Bibi’s speech. One of the lines that stuck out to me was, “On this day we are all family” and it is so different in Israel versus America, because it’s true in Israel on Yom Hazikaron and every day of the year, it doesn’t matter who you are, where you’re from – everyone is family. Everyone is there for each other. And that’s my biggest take away, how much Israeli’s can butt heads, but when it comes down to the core of it, we are all family. “

We concluded the activity with the song ‘Shevet Achim V’Achayot (A tribe of brothers and sisters)’. It is a beautiful song that helped us transition from the sadness of Yom Hazikaron to the happiness of Yom Ha’Atzmaut. You can listen to the song here.

On the day of Yom HaAtzmaut (Thursday), all of Israel goes out to parks to have BBQs with their friends and families. Luckily, so did we. Aardvark hosted a wonderful BBQ in Jerusalem, full of music, tons of food, and good company.

The past week was very emotional and full of real authentic Israeli life. You could really see how the students understood the depth of the days and how special it is to be a part of this country.

Have a great week, 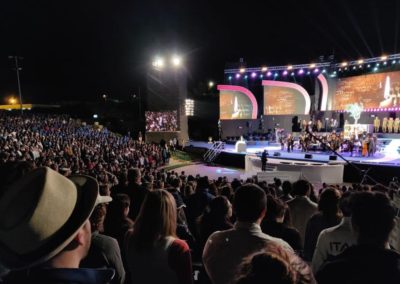 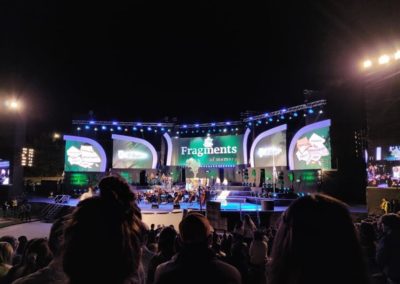 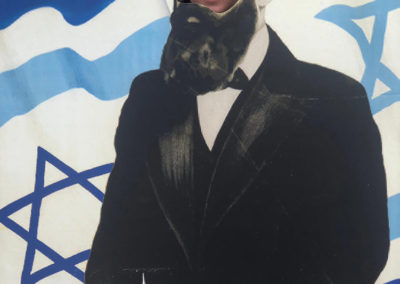 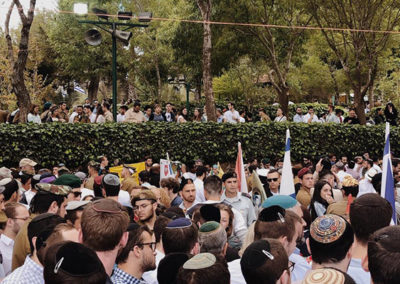 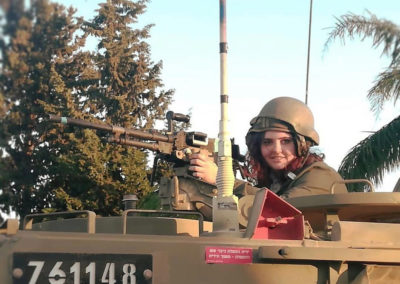 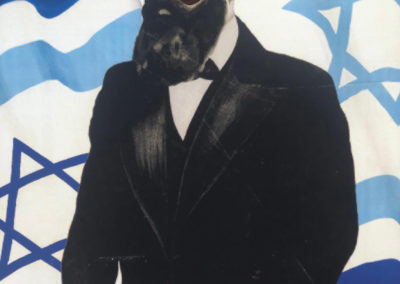 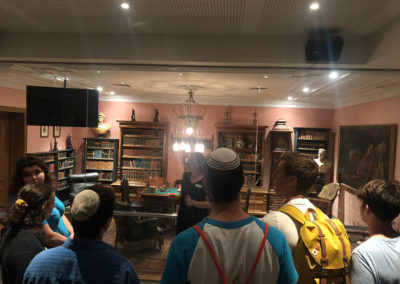 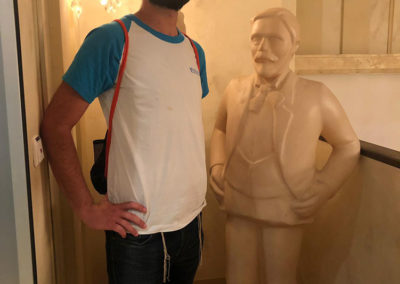 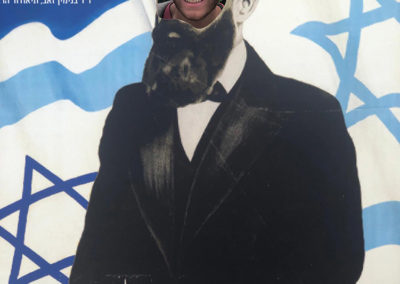 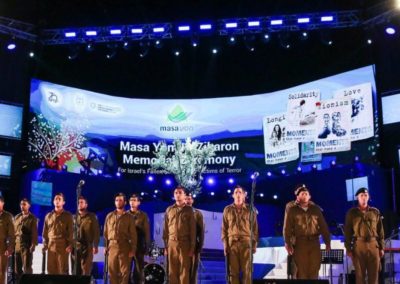