We have reached the halfway point of our first semester and I must tell you about some of the amazing things that have happened. We had a great week full of fun, meaningful and educational activities.

Here is the news from this week:

On Sunday evening, we had apartment meetings to discuss the murder of Yitzhak Rabin, unjustified hatred, incitement, and freedom of speech.

First, we listened to the song “What’s Going On” by Marvin Gaye before discussing its meaning and relevance in 2019. We spoke about how the song is relatable to the situation in Israel, and that Marvin Gaye’s questions about what is happening in the world combined with talking about the issues can lead to peace.

Yitzhak Rabin was Israel’s 5th Prime Minister. After finishing a speech on 4th November, he was shot by Yigal Amit, a right-wing extremist who opposed the signing of the Oslo Accords. Amir was sentenced to life imprisonment.

The discussion about Yitzhak Rabin led us to the topic of Incitement. We talked about the difference between incitement and freedom of speech, where the line is between them, and how it is dangerous to democracy. To understand incitement further, the students were given multiple political posters from the past 25 years in Israel. We discussed what was shown in each poster and whether or not it is a legitimate protest. Most Tuesdays we get a chance to visit a different area and different populations, and we should all come into these situations with an open mind and free of hate.

On Monday evening, we went to a pottery studio called “Kad Vechomer” for the week’s optional activity. The students chose from a variety of clay dishes to paint and take home. Everyone really showed their artistic sides.

Zoe Friedman said, “Monday evening, we went to pottery painting as our optional night activity. Sometimes the weeks can feel hectic, but with activities offered like these, it creates an outlet to appreciate who you are, who you are with, and where you are in the present without any stress. Sitting and painting with some of my closest friends brought a creative energy to me that I didn’t even know I had. As one person painted a sun, another a flower, and myself, a bunny, I noticed it was a cute and simple activity, yet powerful enough to bring us even closer together, as we saw which direction each one of our creativities brought us. Painting with my Aardvark family was a perfect thing to do before the rest of a long week.

As the semester is going by so quickly, I hope to remember and have more moments like these, that make me take a step back and feel gratitude for the opportunities, big and small, that I am given, and especially for the people I am so fortunate enough to experience these moments with.”

On Tuesday, we went on a Tiyul with an organisation called Ir Amim, which works towards equality for all of the people of Jerusalem, Israelis and Palestinians alike.

Chana Sternberg summarised the day’s events for us: “Ir Amim is a political nonprofit that believes in an equitable and stable future for all Jerusalemites, which they seek to achieve through development and education. The organisation chooses to focus its efforts in Jerusalem, as the Holy City is shared by the Abrahamic religions and is thus seen as a focal point in the Israeli-Palestinian conflict. Ir Amim educates by giving tours of Jerusalem, explaining the difficulties Palestinians have building legally and the infrequency with which they’re able to receive permits to build legally. Our tour included a look out point towards East Jerusalem at the Goldman Promenade and a stop at the French Hill where a border wall separates legal and illegal building.

After the tour, we sat down to discuss the complexities of Jerusalem’s demographics, differentiating Palestinians from Arab Israelis and acknowledging that many Jerusalemites have mixed identities. According to East Jerusalem development maps, a Jewish settlement, which is planned to be built in the E1 region, currently a Palestinian territory, would cut off their access to Jerusalem’s holy sites. This dilemma initiated discussion regarding political stakeholders like current prime minister Netanyahu in developmental decision making and the consequences of building illegally for Jerusalemites, Jewish and Palestinian alike.”

On Tuesday Evening, we had a session with the Jerusalem Internship Coordinator in which we spoke about zooming out and seeing the big picture. The students were split into four different groups and were handed an envelope. They were given no further instructions and needed to solve the puzzle by working as a team and communicating with one another. Once each team had completed their puzzle, the students led a discussion about what it means to work as a team and whether it was easy or hard to communicate with so many voices and opinions. The students were then asked to connect this activity to their internships, apartment life, and the community they have built together, and to brainstorm about how they could bring the lessons to their everyday life. A discussion ensued about living in the moment and using every opportunity that they are presented with while on Aardvark and beyond. To drive home the message of slowing down time and making every moment count, we watched the music video from the band ‘OK Go’ called ‘The One Moment’.

Between Wednesday night and Thursday morning, some of the students flew to the Czech Republic for our second International Trip of the semester! We can’t wait to hear all about their trip!

This week on Selah: This week Selah continued with the topic of Jewish Warfare. We went on a Tanach Tiyul to Ancient Shilo, the location of the Tabernacle. We discussed the war with the Philistines, the capture of the Ark of the Covenant and its meaning. We watched Holograms, experienced prayer at the location of the Tabernacle like Channa and topped the day off with a fun paintball/capture the flag competition.

On Thursday, we discussed the Story of Amalek, sang Am Israel Chai, had a presentation from Yitzi Zolty about Gideon and his approach to war and ended the day with a lecture from Rami Budow about the State of Israel today under the law of saving a life.

Leah Matthys led the hour long discussion, starting with a summary of the Parsha, and then leading the group through a discussion of the matriarch Sarah and her role in Vayera, this week’s Parsha, before moving on to the sacrifice of Isaac and spending most of the time talking about whether our morals come from ourselves or from God.

Internship in the Spotlight: Hi, my name is Marcy Gurspan. I have been interning at the delicious Muffin Boutique. The boutique has an array of baked goods that I help to make every day. I bake muffins, cheesecakes, quiches, as well as arrange vegetable and fruit platters. The bakery is cozy and welcoming and I even get to sample the goods on occasion. There has never been a muffin I didn’t like from the Muffin Boutique. Working at a bakery has given me a new sense of responsibility and a lot of work experience for my resume. I have learned a lot about the food industry and about baking, which is useful for the future. On top of that, it feels productive and helpful to work for an Israeli business. Aside from being friendly and helpful, my coworkers are English and Ivrit speakers, which helps me learn to speak Hebrew. I have gained a lot from this internship and I am proud to be an Aardvark intern.

In addition, over the next month, our recruiting team, Simon, Shani and Gal, will be travelling around North America and London recruiting for next year. If you know people who might be interested, then please ask them to contact us to set up a meeting.  In addition, Simon will be visiting Vancouver at the end of November and London at the beginning of December.

Next week, we will be having a tour of the Jerusalem neighborhoods of Mishkenot Sha’ananim and Mea She’arim, watching a Light Show at the Tower of David, and more! Stay Tuned! 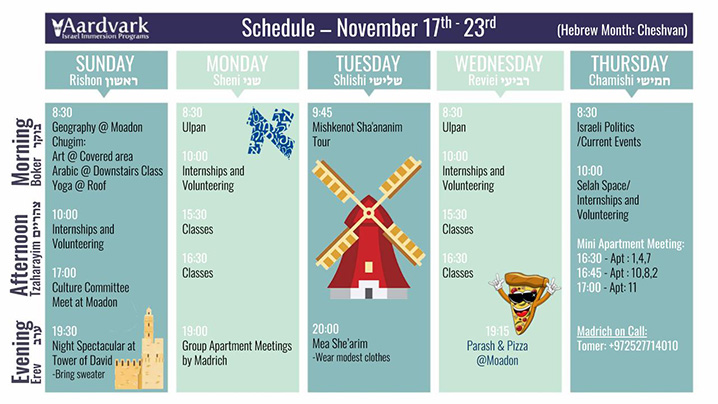 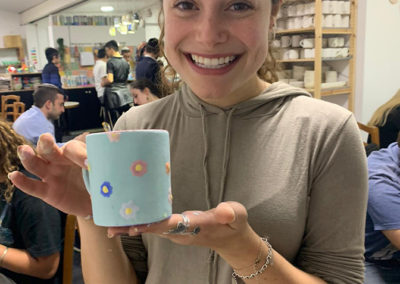 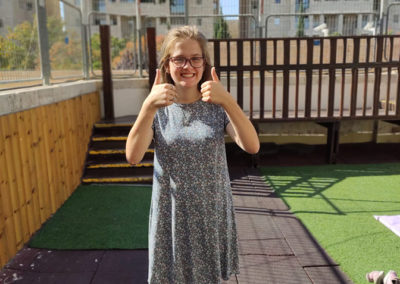 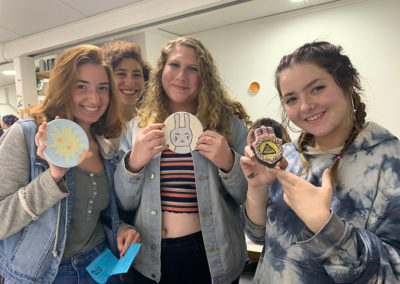 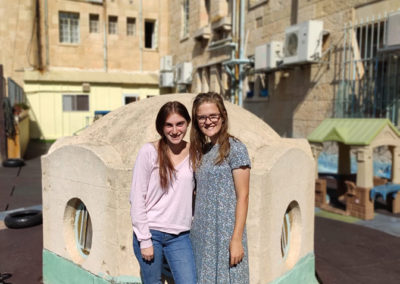 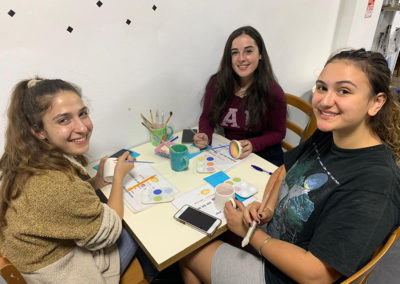 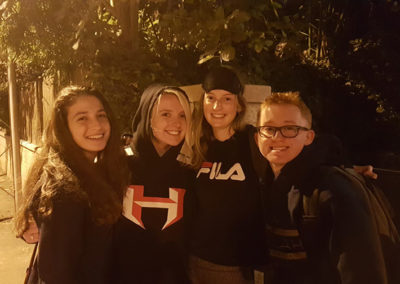 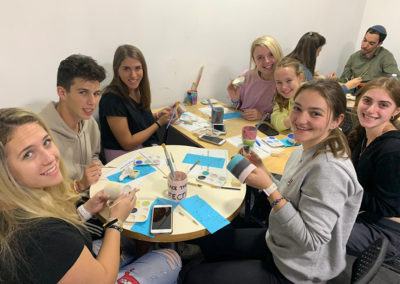 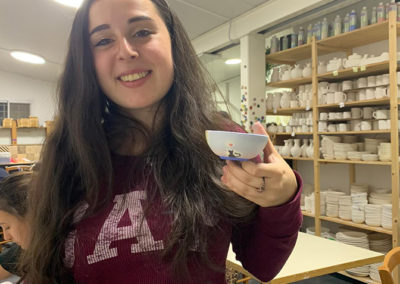 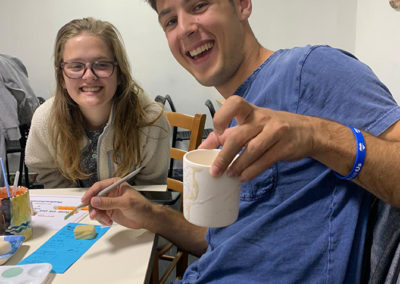 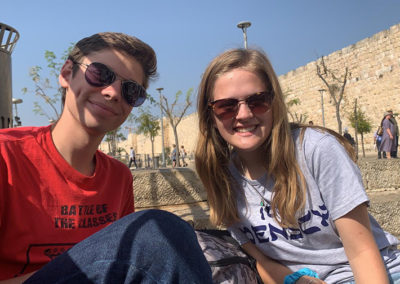 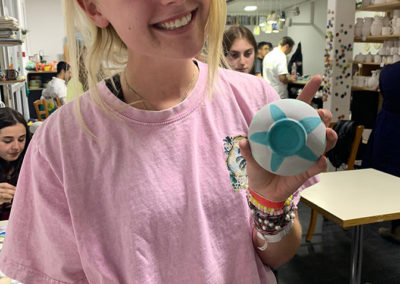 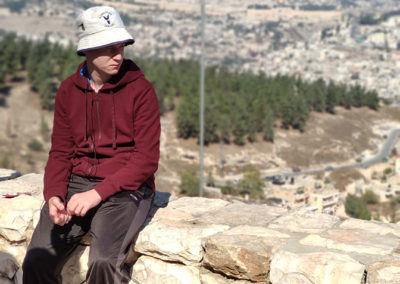 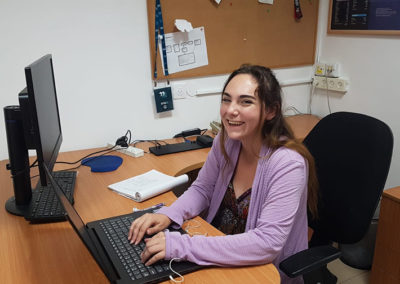 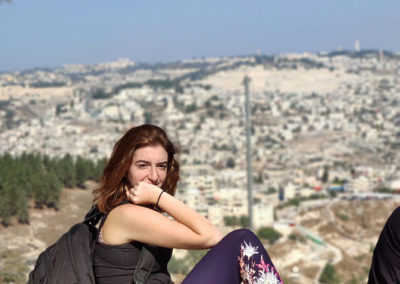 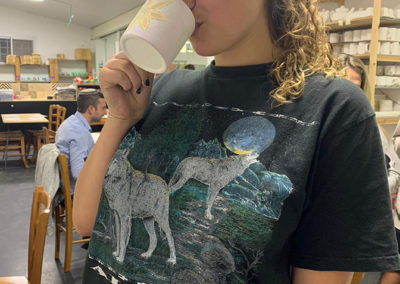 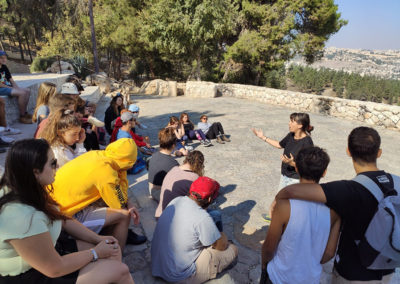 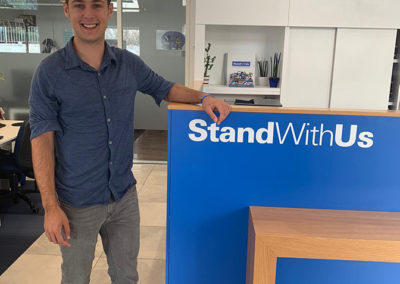 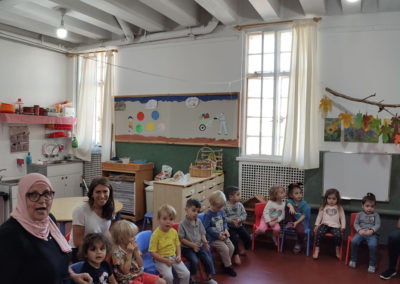 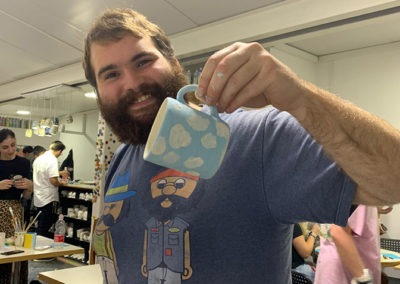 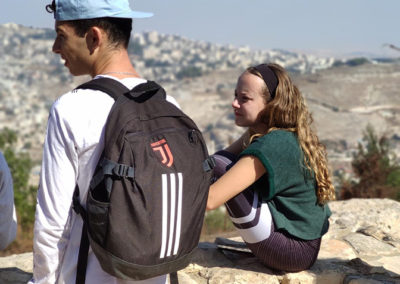 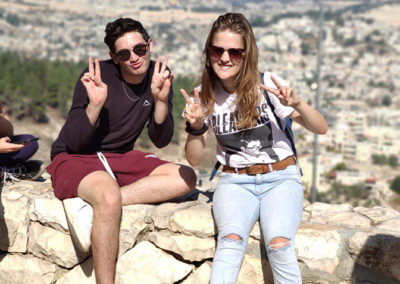 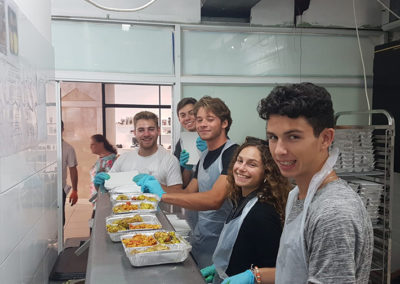 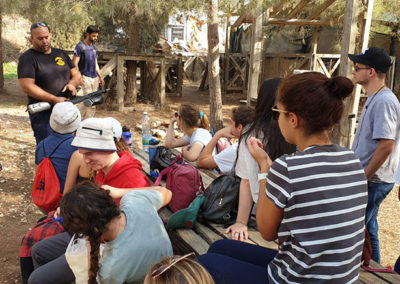 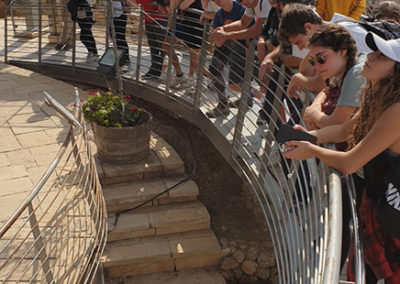 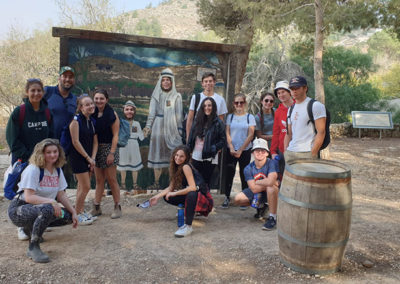