The second week of our semester has come to an end and after two entire busy weeks of activities and traveling. It seems as if our students have come together and have already made really close friendships with one another, which contributes to the amazing vibes we are feeling.

We began on Sunday with a session about academic lessons and the different classes we have to offer here on Aardvark. We also had a session about the importance of Internships and Volunteering. The last session was about getting to know the business culture of Israel. The lecturer, Osnat Lautman, author of the book “Israeli Business Culture”, spoke to our students about the different and unique qualities of Israeli culture, and how our students can use the differences between their own culture and Israeli culture to their advantage.

The students then had free time to clean their apartments and cook food for dinner after which each of the apartments had a meeting with their madrich or madricha. During these meetings, the madrichim check the apartment’s cleanliness, go over the weekly schedule, and run an activity for the students.

On Monday, we had our first Ulpan (Hebrew) class and everyone came out speaking more Hebrew than they did when they went in!

We then began our internships and volunteering! While some students began their internships this week, others participated in volunteering activities while awaiting their interviews that will take place over the coming week. The students volunteered with The Lone Soldier Center and helped to create a wow effect in soldiers’ apartments for when they come home from base.

Then we started our educational classes. The students are able to take classes on Politics, Medical Ethics, Chassidut, and The Art of Reading and Writing.

On Monday Evening, the students ventured out and tried a new sport at the Jerusalem First Station called Wetball! The inflatable aquafun Wetball is soccer, inside a giant inflatable bouncy house and has sprinklers with water coming out! Everyone had a really fun time playing this enjoyable new sport!

Tuesday morning was a big day for our students, they went on a special tour of the Old City that was designed to highlight various sites significant to Judaism, Islam and Christianity. First, we toured the Temple Mount and had the opportunity to see the Dome of the Rock from up close. It was crazy thinking that 3000 years ago people were cutting massive stones out of the earth and then hauling them up for the construction of the temple. For most of us, it was incredibly surreal to be at the holiest place in Judaism and we enjoyed learning about the history of the Temple Mount itself. All of the students were in awe of the beautiful mosque. We are incredibly lucky that we are in a time of peace and that we are able to go up the Temple Mount and to visit this site which is so important to both the Jewish and Muslim people.

Next, we walked through the Christian Quarter of the Old City and arrived at the Church of the Holy Sepulchre. This church is where Jesus is said to have been crucified, as well as buried and then resurrected. Inside, the church was packed with thousands of visitors. We explored the different halls and enjoyed seeing and learning about the decorations and displays within the church. We were in awe of the architecture and the mosaics inside. Many students who studied art history in high school were able to tell us many interesting things about the art and history of the church.

Our last stop was the Churva Synagogue. The synagogue’s story began in the 16th century when a group of Ashkenazi Jews was fighting the Muslims over the land purchase ban in Jerusalem. The property was eventually acquired, and it became known as “The Ashkenazi Courtyard”. Despite hardship and difficulties, this Jewish group was fully committed to Jerusalem and to the idea of establishing a Jewish community in the city. The Hurva Synagogue was constructed and destroyed time and time again until it was finally completed in 1864. During the War of Independence in 1948, the Jordanian soldiers bombed the synagogue. Its reconstruction began after the Six-Day War, when the Jews came back to live in the Jewish Quarter. However, it did not officially reopen until 2010.

On Tuesday evening, the counselors ran an activity for the students explaining the upcoming Israeli Elections. Elections in Israel are next Tuesday and all of Israel is abuzz; this was the perfect opportunity for the students to get really involved in the political discussions taking place in Israel right now.

On Wednesday, we started again with an Ulpan class, and it seems as if the students are getting the hang of their new routine. After class, our students went to their volunteering and internship placements and when they came back, we heard from many of the students how excited they are about their internships.

On Wednesday evening, we had our opening Parsha and Pizza session of the semester. These weekly sessions are geared toward enabling an open and welcoming environment for the students to ask any questions that come to mind regarding Jewish life and practice. Among the topics that were addressed this week: the concept of God, how the different denominations of Judaism help shape our 21st century lives as Jews, and abortion in Jewish thought.

On Thursday morning, we began two more courses. “Faces of Israel”, a course that connects with our evening programs, and “Currents Events”, a course that gives our students the opportunity to stay up to date with daily events in the news and the country.

In order to conclude the week, our Madrichim had short meetings with all of their apartments. They reviewed the schedule for next week and informed the students about activities offered to them over the weekend.

Next week, we will be going bowling, having elections in Israel, and hearing the life story of Yiscah Smith! 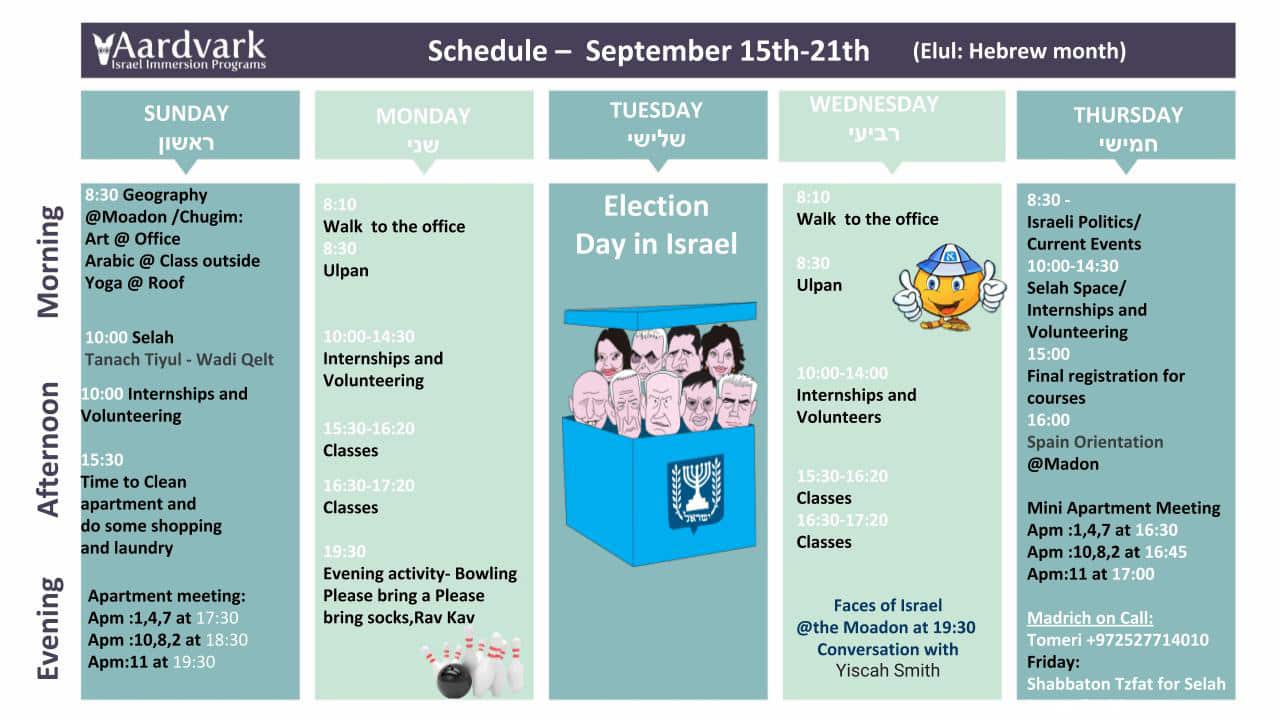 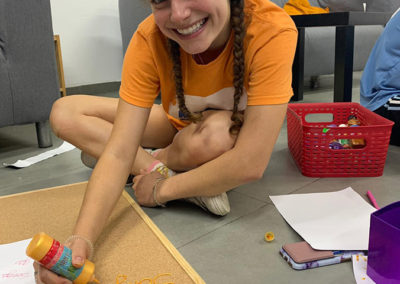 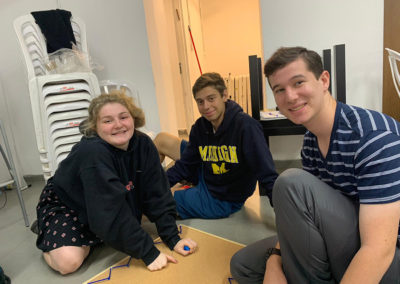 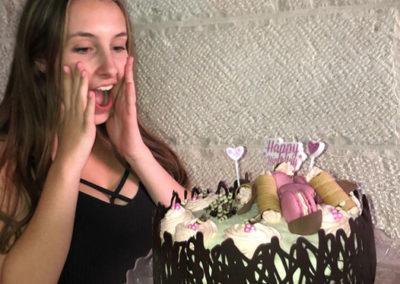 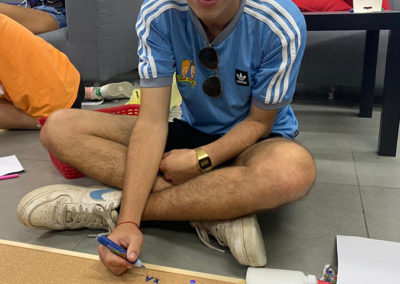 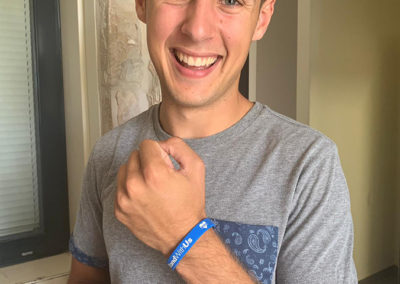 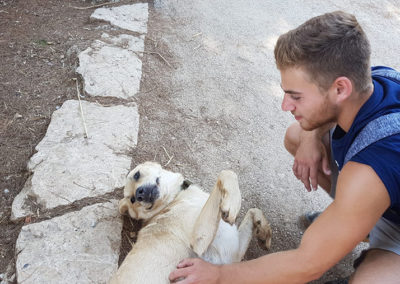 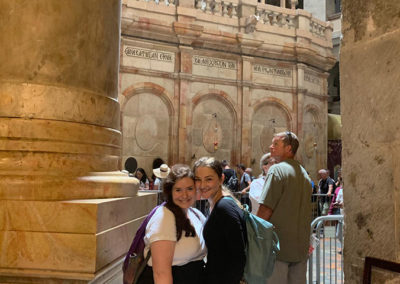 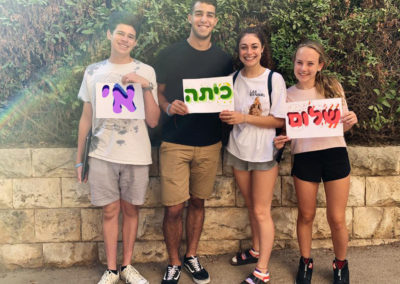 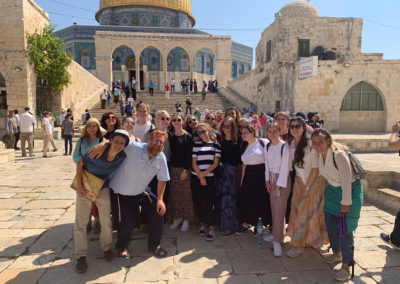 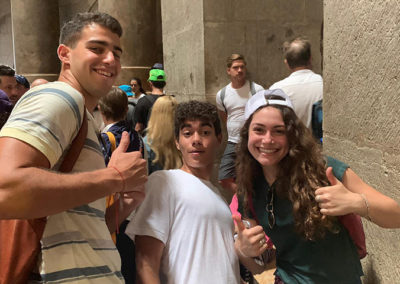 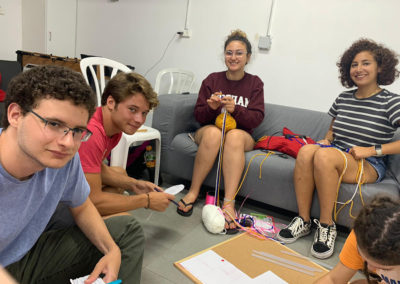 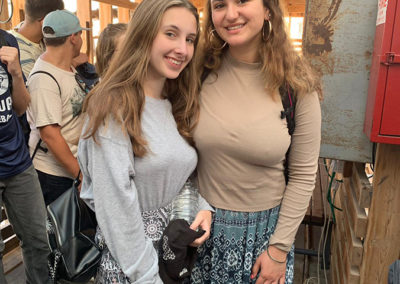 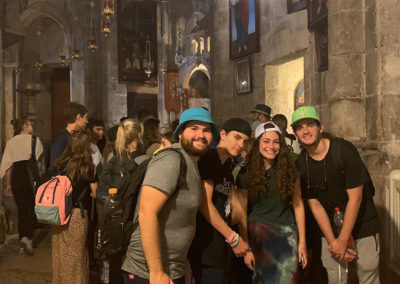 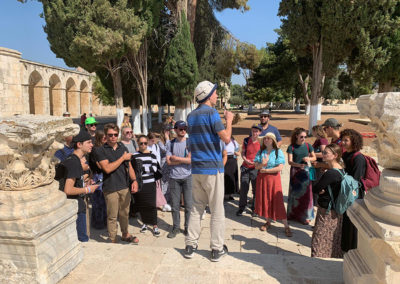 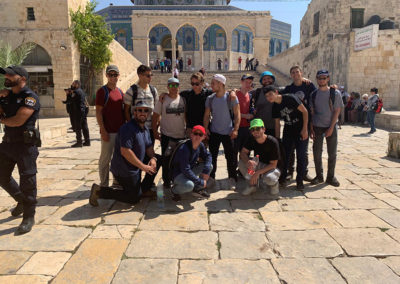 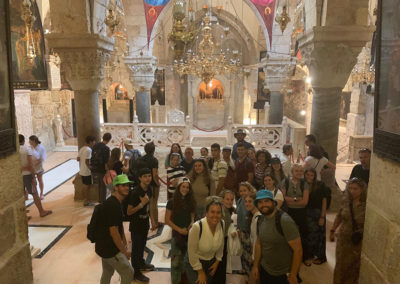 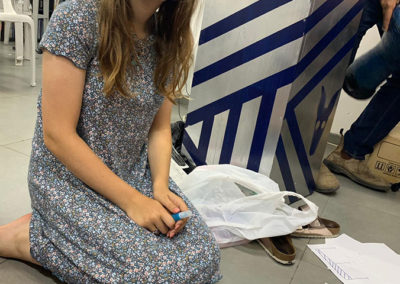 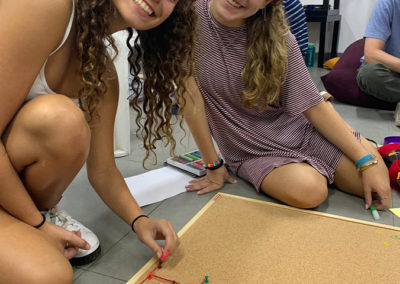 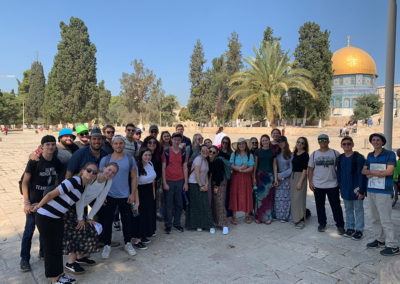 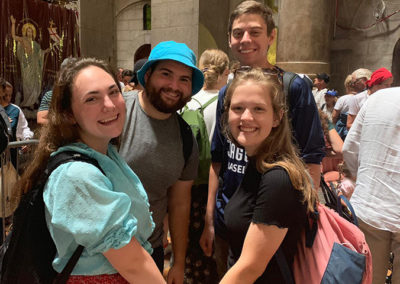 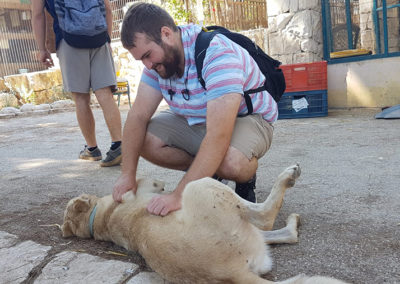