I hope that you have had just as great a week as the one we had here in Tel Aviv.

Sunday started with a movie night organized by our great Culture Committee at the moadon.

On Monday evening, we held an extraordinary activity that dealt with different conspiracy theories. The activity’s goal was to encourage our students to think “outside the box” and not always accept things as they are. The classroom turned into a very detailed museum of conspiracies. The students had time to explore, then we all gathered in a circle and discussed the ideas and narratives we just saw. The peak of the night was the conspiracy relating to the band “The Beatles”.

“The world is filled with mysteries and unanswerable questions! I personally have always been highly interested in the whole concept of conspiracy theories. On Monday night, Avia organized conspiracy night, which was essentially a night composed of discussions about various theories like “what are dreams?” Or did America really land on the moon? It was really an incredible night, with amazing people!” – Tyler Stern

Tuesday was definitely a highlight of the program so far. Alongside the Jerusalem community, we celebrated Tu Bishvat by driving down to the south of Israel and getting closer to the land. We went on an interactive tour learning about Israeli agriculture, the technology behind it, the stories and the challenges. The best part was being able to pick and taste plenty of fresh fruits and veggies.

After spending our week in a city, what better way to spend a Tuesday than being outside. It was amazing to be able to walk around their organic salad trail, while tasting all the yummy fruits and veggies we all love so much. Between the passion fruit maze, to setting doves free, to just being with friends outside, it was great. And as if that wasn’t enough, being brought to the poppy fields was the perfect opportunity for a photo op, and a few quiet moments to just take in the beauty of Israel. – From Sarah Eliis

On Wednesday evening, we had the amazing opportunity to host a debate between a Chabad rabbi and a very left wing Israeli journalist who came to tell us about themselves and their very different views on religion and politics. Rabbi Haim Tvria and Shay Fogelman served together in the army in the armor unit. Today, Haim is a Chabad lecturer, rabbi, and a teacher. Shay is a journalist in Israel and a documentary filmmaker. In their panel, they both told us their very different and extreme worldviews, which come close to reflecting the extreme opinions of the left and right wing in Israel. The rising tension between the left and right wing and between the religious and secular was deeply felt during their discussions. We, the audience, were exposed to many real lives dilemmas in Israeli culture, such as Ultra-Orthodox Jews serving in the army, the Arab-Israeli conflict, the feud between religious and secular citizens and so much more. It was great seeing our students so invested and passionate about the themes that were brought up. Everyone was on the edge of their seats just waiting to ask questions and contribute their thoughts. The panel was very interesting and intense and at the end, I believe everyone walked off with a lot of unanswered questions and thoughts and all that’s left for them is to take all of the information in and decide for themselves what are their own answers and believes on these issues.

Abby Comba said, “We usually have really interesting and fun activities during the week but this week’s activity was my favorite one so far. We all know that here in Israel, many different groups of people coexist with very varied opinions and ways of living. We got to be part of a debate between a Rabbi and a secular journalist on their views of Judaism, the State of Israel and many other topics related to politics in the Middle East. This made us challenge our own opinions and even misconceptions as well. It was incredibly interesting and we all carried on the discussion between us afterwards.”

On Thursday, our Sela participants went on a biblical tour at Neot Kdumim. They got to see what it was like to live in biblical times, make olive oil, and learn about different materials and resources. It was a fascinating experience.

Next week we are going to Dialogue in the Dark. A unique experience in which we step into the shoes of a blind/visually impaired person. Attached is the schedule. 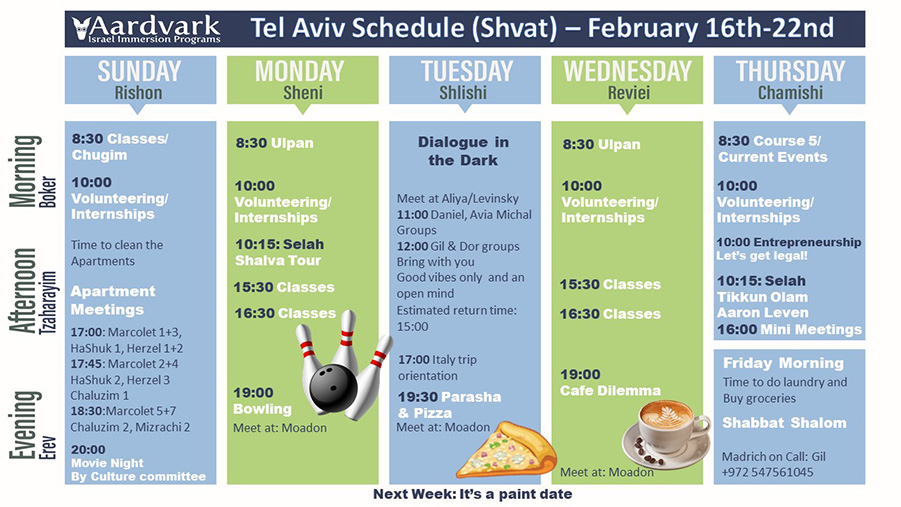 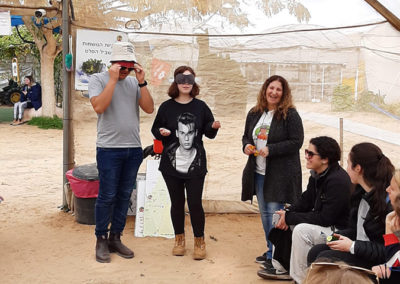 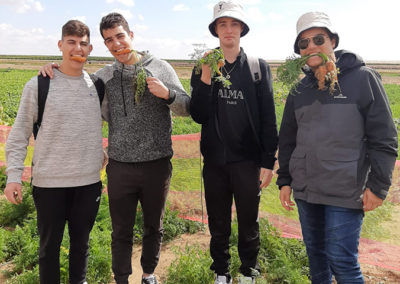 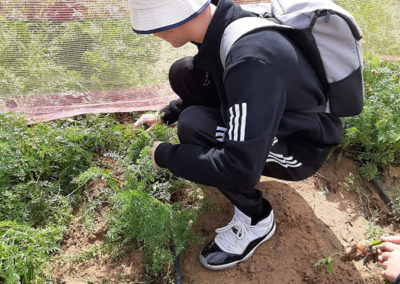 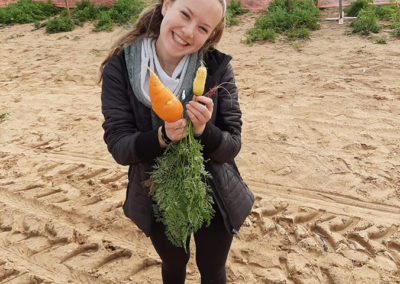 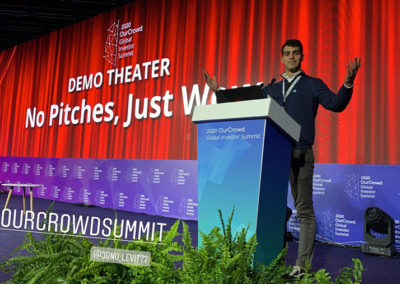 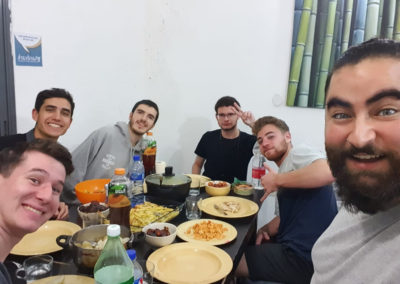 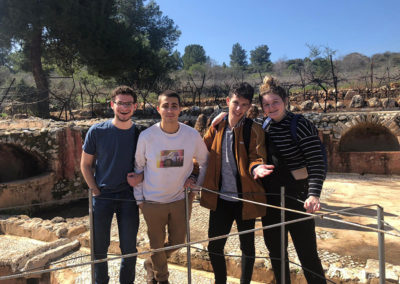 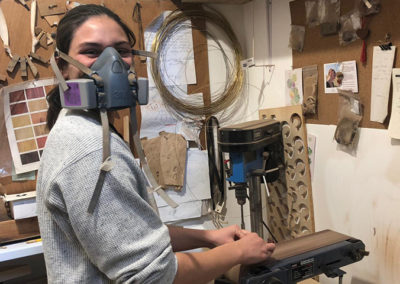 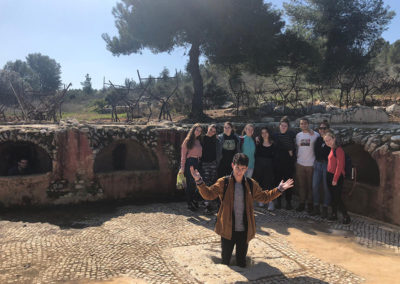 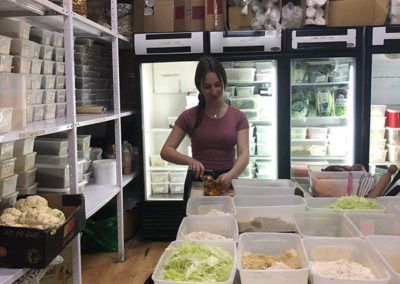 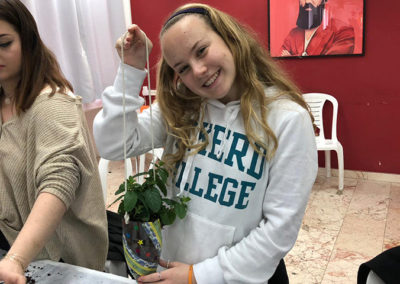 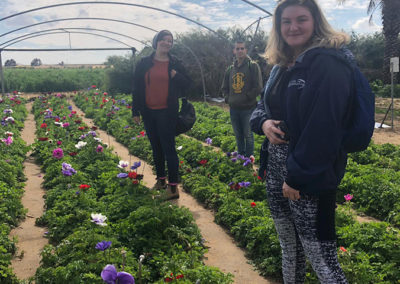 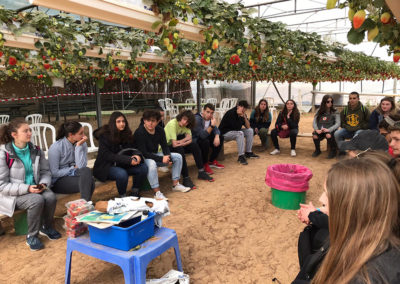 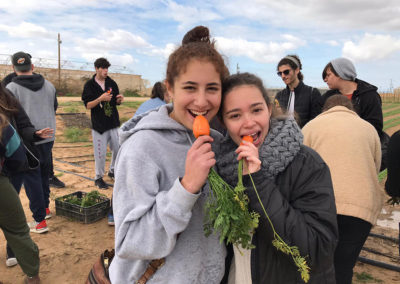 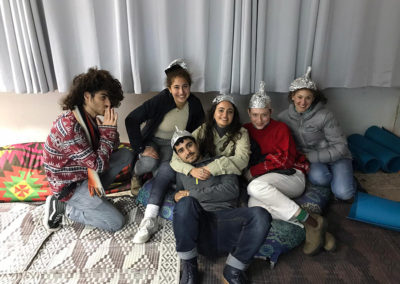