We have had a great week full of diverse activities and events as both a community and a country. Here is a taste of last week:

During the apartment meetings on Sunday, the Madrichim ran a program about the Israeli elections. Each apartment learned about the different parties, then voted at mock elections for the party they would have voted for if they had the right to vote. We then counted and announced the Aardvark Tel Aviv election results.

On Monday, it was Election Day, and just like the rest of the country, the students had a day off. It was a beautiful sunny day and many students took the chance to go to the beach and explore Tel Aviv. We even had a few students who had the chance to vote for the first time in the Israeli elections.

On Tuesday, we had a tour with the theme of co-existence in the neighboring port city of Jaffa. The students were led by a tour guide and saw local businesses, sculptures and the way two nations, the Jews and the Arabs, live in one city. In the second part of the day, the group met with Ihab, a religious Muslim, who told them his story about growing up and how he changed his perspective from one of hatred to one of inclusion and peace. His changed perspective led to him marrying a Jewish girl and today they operate five multi-cultural kindergartens that enroll Jewish, Muslims, and Christian kids, regardless of religion. Ihab invited us into the mosque to listen to the Imam reading from the Koran. We sat on the carpet and heard the Imam, and although it raised some mixed feelings, it was an important experience and a valuable glance at a different culture and religion that is also a part of Israeli society.

“Our trip to Yafo this past Tuesday was truly something special. I’ve been living in Tel Aviv for two months and never knew about the intricacies of this other world that is a mere 30 minute walk away. Upon arrival, we ventured into a mosque and learned more about the symbolism behind everything inside, from the structure of the building to the colors of the paintings on the walls. After hearing from the imam about his practices, we were split into two groups: one went on a tour of the city and the other went to a kindergarten. My group was sent on the tour first where I got to see the most beautiful view of the ocean, where I had my attention directed to the more hidden parts of Yafo. Our stroll finished at the kindergarten where we were welcomed by tiny smiles from children and all kinds of farm animals. There, we sat with the imam once again, and got to discover more about his personal story. As we sat beneath the shade of a beautiful tree, we were enlightened with one of the most endearing love stories I have ever heard. He spoke about his childhood in a home where he was raised to hate Jews, and his quest for love that ended when he saw the most beautiful Jewish woman that would become his wife in a matter of days after meeting each other. They opened the gan together to provide a place for children who are raised in dual-religion homes as a way to promote peace and unite the next generation. Experiencing Yafo like this was incredible, and I can’t wait to keep exploring the secrets of Israel on Aardvark!”  – Shae Doty

On Wednesday night, we met in the Moadon for a gender-norms activity. It was very inspiring to see the awareness and critical thinking everyone brought to the conversation. The students shared their thoughts on the different expectations society puts on them because of their gender.

This is what Ashleigh Harris thought:

“Prior to Wednesday, all Tel Aviv students filled out an anonymous form with questions relating to gender stereotypes. Some questions had a pre accepted answer as dictated by social gender ‘norms’.  Some examples of the questions were; ‘I do not feel ashamed to cry’ and ‘I will share my feelings with others’. The results of the anonymous survey were collated into a fantastic slide show by the Madrich with multi-coloured pie charts showing students who agreed, disagreed or were undecided on the statement. There was one pie chart for girls and one for boys for each question. We discussed the questions before and after the results were shown, first guessing the results. The first question;   ‘I like making delicious food’ came out with a male majority. The question; ‘I am sensitive’ saw a slightly higher male majority and the question ‘I like playing sports’ again showed a higher male majority. However, the sexes were united on the final question; ‘ It is important to me that the people around me (friends, family) will feel good’ with a 100% agreeal rate!!
We then split off into groups of all girls or all boys and discussed what it means for us to be a woman/man in today’s society and if the social constructs of western culture, in regards to gender norms, influence the way we dress and act.  We were then shown a variety of children’s toys and discussed the difference between them.  The boy’s toys were always blue or dark shades and had pictures of knights on them while the girl’s toys were always pink with princesses on them.  Did these toys, which we were all raised with, impact or mould our personality to align with the stereotypical ‘male’ or ‘female’? Some students found it did, others that it did not.
I found this activity really interesting and engaging. It was amazing to see that gender stereotypes do not necessarily sway our opinions and actions one way or another. Although some students pointed out that if this was not an anonymous survey, people would have responded differently and in accordance to the ‘expected results’.”

Internship on the spot: Yael Seaman – The Stage

“For my internship, I work with a completely volunteer-based English speaking community theater called The Stage Tlv. Theater was the one thing from America that I was missing during my time on Aardvark, so I was super happy to find out that I’d be not only working on social media and press releases for them, but I would also be involved in two of their productions, one of which will take place on Purim, which will be an incredible way to experience my first Purim in Israel. Working with The Stage Tlv has helped me connect to other Israelis who share my passion for the arts and given me the opportunity to make new friends as well.”

Check out photos from the past week right here.

This week is Purim in Israel, which is definitely going to be a memorable experience. At the end of this week, we are all going on an All-Program Shabbaton at the Dead Sea, which we are all excited about. 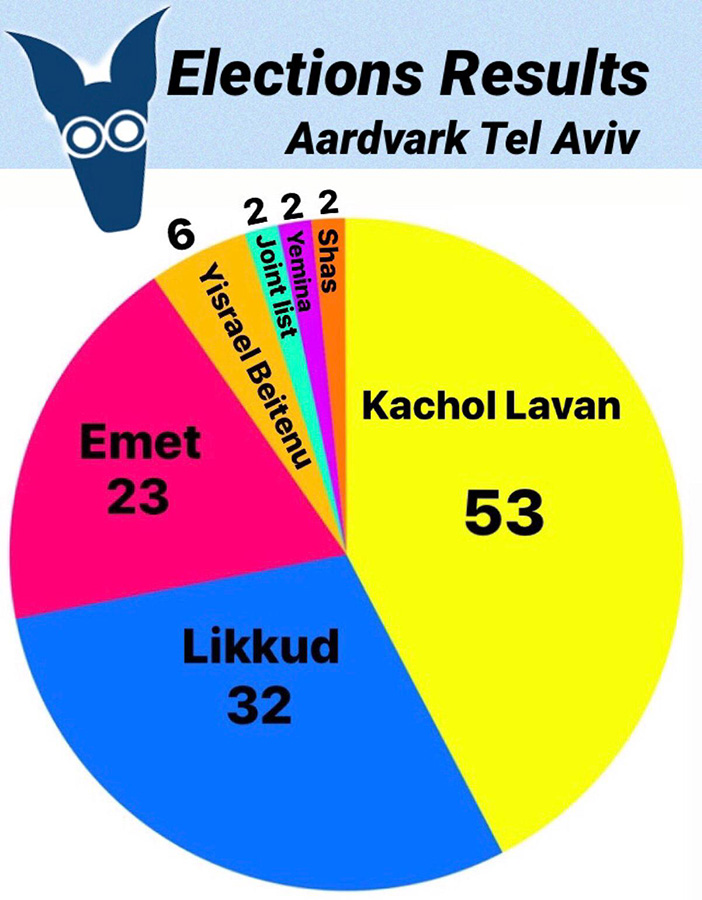 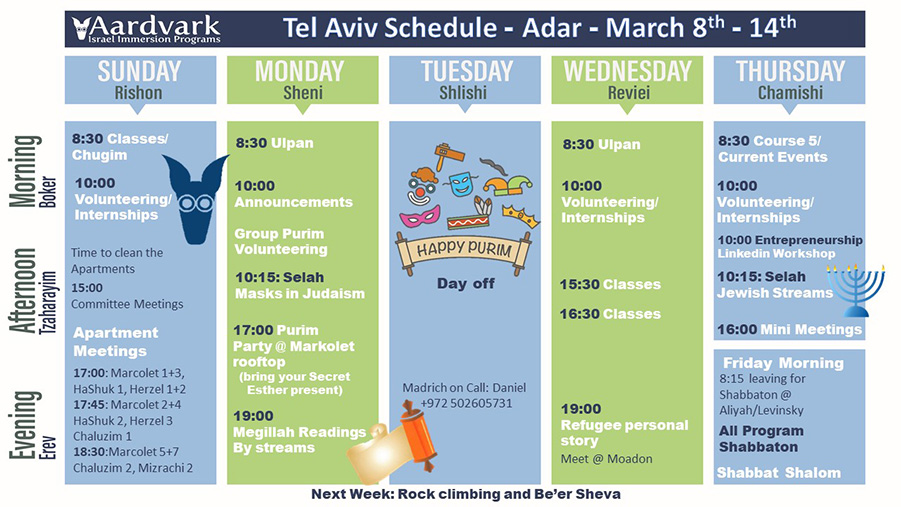 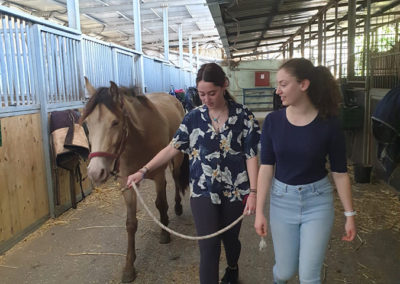 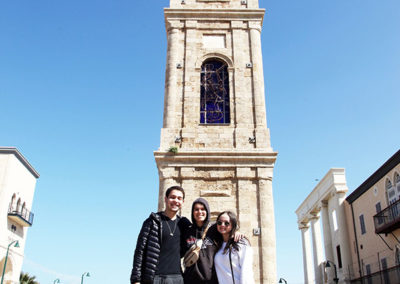 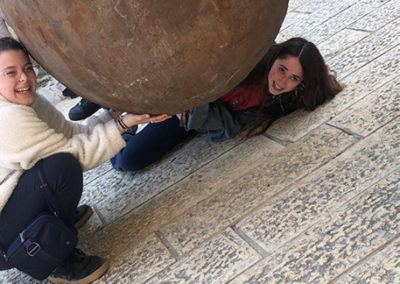 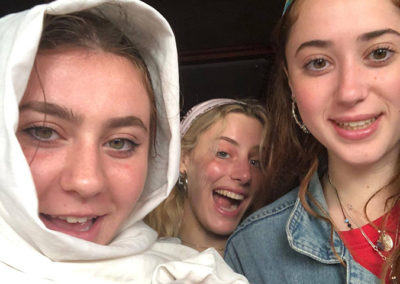 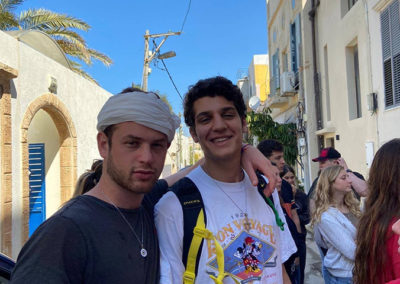 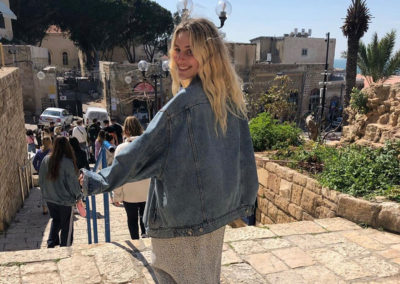 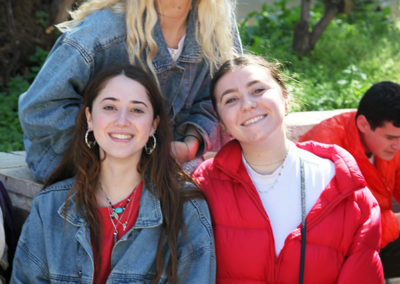 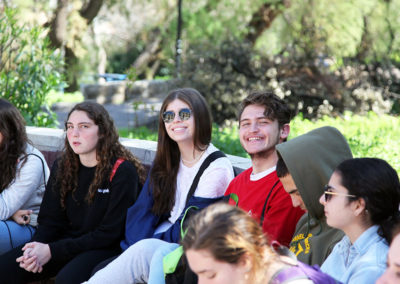 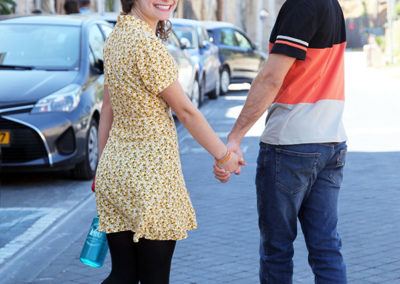 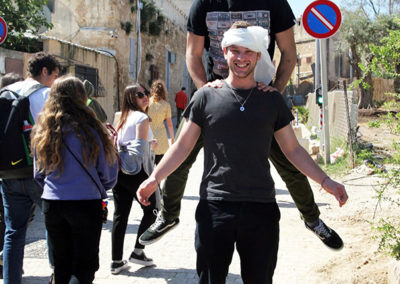 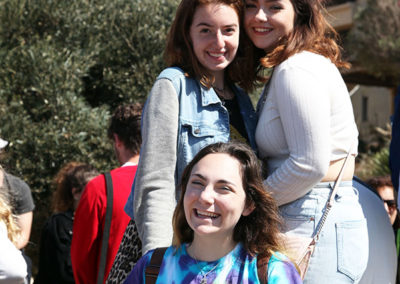 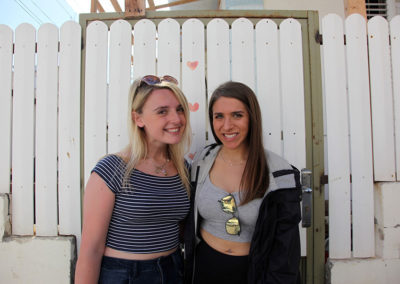 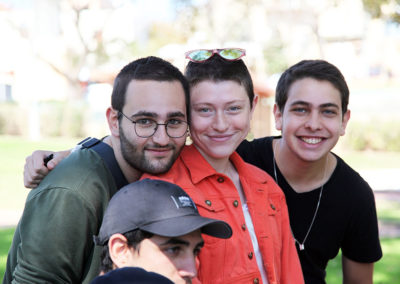 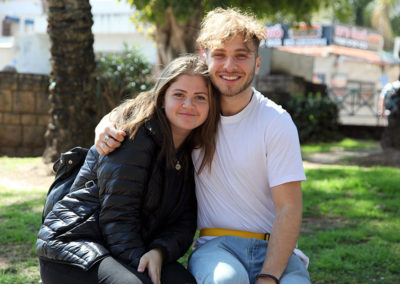 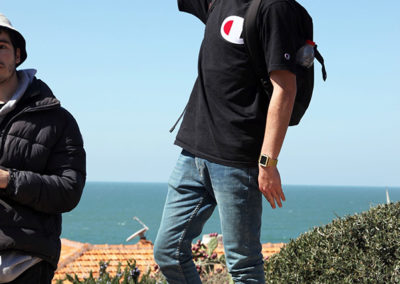 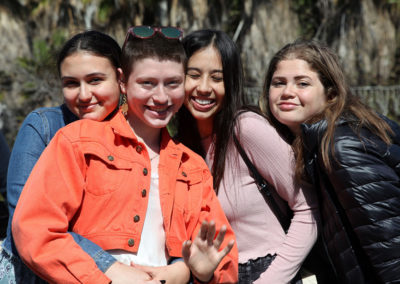