We had a great week here in Tel Aviv, slowly and safely returning to the outside world. Apart from the changes in restrictions and regulations here in Israel, other highlights of the week included group volunteering, taking apartment pictures and our weekly theme. This week our theme was Israel through the decades. Each day was dedicated to a specific decade or two, with all the activities on that day exploring that decade in Israel.

On Sunday morning, right after the Chugim, Ashley Harris ran a workout as part of our Student in the Spotlight series. This activity was followed by a fascinating session with Avia about the development towns in the 50’s, with special guest Pinchas, Avia’s father who told his story and experience of coming from Morocco to the periphery of Israel. Another topic that was discussed on Sunday, this time with Gil, was the economic crisis in Israel during the 50’s. It was full of information and everyone received a special delivery of Ptitim (Israeli couscous) straight to their apartments!

“Hearing from Avia’s dad about the settlement towns was both enjoyable and educational. His story was very interesting and gave a new and inside perspective on the idea of development towns. To hear from someone that I have some connection to (through Avia) allowed me to empathize more, rather than just reading about it. Focusing is quite difficult through a screen, but Avia’s dads’ lighthearted, fun nature made him really enjoyable to listen to. At the end of his talk he handed the phone to a rabbi who gave us all a blessing which was funny and a nice touch.” -Sienne Mayer

On Monday, we explored Israel in the 60’s. The students learned about and discussed the pros and cons of the Eichmann Trial with Daniel, as well as learning all about the religious significance of the 6 Day War with Rabbi Josh.

The day ended on a more relaxed note with a special origami workshop with Arad.

“The day started off with workshops talking about different subjects having to do with Israel and the 60’s. I chose the class on the Eichmann trial. Not having previously learnt about the subject, I listened enthusiastically and learned a lot. And to all the doubters that don’t think Zoom calls can work, I will tell you this one led by Daniel Shriki, was moving and informative, with him leading the discussion with a variety of thought provoking questions and insights.” – Daniel Judkowkitz

On Tuesday, everyone got to hop on a bus and go for agricultural volunteer work. Even though it was cut short due to the rain, we managed to help pick some grapefruit, and take beautiful pictures.

In the evening, the students had the choice to explore the 70’s or 80’s by joining Arad for a session on The Israeli Black Panthers or with Moshe on The Iranian Revolution and its Impact on Israel.

In Arad’s session, we learned about The Israeli Black Panther party. It was an Israeli protest movement made up of second-generation Jewish immigrants from North Africa and other Middle Eastern countries. Founded in 1971 by the Musrara people of Jerusalem due to the discrimination of the Mizrahi Jews. Their inspiration came from the African American Black Panther party. The Israeli movement protested “ignorance from the establishment for the hard social problems” and wanted to fight for a different future. The original group consisted of 10 Moroccan immigrants all in their early 20’s. Since most members had criminal records, the Israeli government was already worried and denied the group a permit for the demonstration. The authorities promised that funds would be allocated towards Jerusalem neighborhoods but that never happened. The party was dismantled due to the constant arrests and corruption of the main members. To this day Mizrahi Jews still face economic inequality and discrimination. – Leena Deemers

Wednesday was all about the 90’s! In addition to Ulpan and the afternoon classes, we explored a range of different topics throughout the day. The remarkable story of the Prisoners of Zion with Natali, the Assassination of Yitzhak Rabin with Dor, and Americanization in Israel with myself. All of these sessions took an in-depth look on their respective topics, and brought up complex questions about Israeli society during this decade. Throughout the day, Charlee went around the neighborhood, taking a special picture with every single apartment. The pictures turned out amazing and you can see all of them right here.

Charlee told us to gather a theme together for our apartment photos before she came to mizrachi. But knowing 6 disorganized, rowdy boys, she should’ve expected a simple theme. All of us dressed in aardvark shirts, like one big family. That’s how it’s been since day one. We’ve grown to deal with each other’s annoying habits, like Eytan’s snoring, or Daniel’s monkey faces. But without those little habits, would we really be a family? Family doesn’t get along 100% of the time, but it’s the good and the bad stuff that bring them closer and mizrachi is probably the best example of that you’ll ever see. Aardvark did that for us. Go Varks!” – Ben Wahba

Dor gave us a really close look on how Rabin’s death highlighted the ‘cultural struggle’ between religious right wing and secular left wing powers within Israel. Rabin’s assassin was an extreme nationalist, promoting what he considered his own state above all other peoples. Rabin’s death left Jewish communities all around the world in shock; it showed the importance of protecting democracy when someone chooses to kill a leader for political disagreement. In hindsight, one could consider the power of violent rhetoric, protesters compared the Labour party to the Nazis, chants such as ‘Rabin is a traitor’, lead to ‘Death to Rabin’. It is clear that the effects of Rabin’s murder still hold effects today, Dor’s talk enabled me to understand the cultural divide within Israel, and that many considered Rabin the only chance for bringing peace between Israel and its neighbours, while others considered him a heretic.” –Rachy Brodtman

One of the sessions run during our ‘Decades of Israel’ week was about Russian Jewry – specifically the ‘Prisoners of Zion’. The label ‘Prisoner of Zion’ refers to a Jew who was imprisoned or deported due to Zionist activity, in a country where this activity was prohibited. This was a major issue, particularly in the former Soviet Union, where any form of political conspiracy was illegal, and as a result, led to a mass immigration of Russian Jews to Israel. Natali, who ran the session, also highlighted the struggles of these individuals after arriving in Israel. Oftentimes, it is easy to think of Israel as a safe haven for all Jews, however this week has really highlighted the different prejudices and inequalities that are present in Israeli society. Populations such as the Mizrahi Jews, Ethiopian Jews, and even holocaust survivors were, and still continue to be on the receiving end of discrimination, and Russian Jews are no different. Despite the battles fought for the Zionist movement by these individuals, I was shocked to learn that many people didn’t consider Russians Jews to be Jewish at all upon their arrival due to the forced assimilation by the totalitarian state. Despite not being brought up as practicing Jews, I know that both my grandmother and my mother, who were brought up and lived in the former Soviet Union, have a very strong connection to their Jewish identities, and my grandmother, who currently lives in Israel, truly loves Israel for every opportunity it has given her, and for saving her, regardless of these prejudices that existed. I think that this session on the ‘Prisoners of Zion’ really opened my eyes to the struggles of Jews immigrating from the Soviet Union and to those who risked their lives for the Zionist movement, highlighting not only the great desire, but also the necessity of a Jewish state. This story touched on a personal note as a glimmer into a side of my grandmother’s history that I didn’t know about and that I will endeavour to learn more about having this basis of knowledge. Hannah Gottlieb

On Thursday, right before the weekend, we got to The New Millennium. Shay-El ran a very informative session on critical decisions that changed the history of Israel, and I ran a session on the disengagement from Gaza. To sum up the week, each apartment had an activity with their Madrich/a on the topic “Israel 2048”. What would Israel look like on it’s 100th birthday? It was a great way to take all the knowledge acquired in the past week, and form an opinion about the future of our country. On a personal note, it was great to see how well the students knew Israel during the week, the attention to detail, and the understanding of the nuances of Israeli society that people brought into the conversations, showed how well everyone has used their time in Israel to really learn and immerse themselves in Israeli culture.

Thursday was also the first day of the new regulations. It was a beautiful sunny day, and many students went on a safe stroll within the new guidelines.

Etai grew up in Gush Katif of the Gaza strip, until 2005 when the Israeli government forcefully removed Jews who’d settled there years before – very much in line with the government’s suggestion, promoting cheap land to Israeli Jews to build buffer communities. His childhood there was characterized by a youthful yet religious community amidst the stark chance of terror walking to school each day, a threat that wasn’t learned by Etai as a child because it had always been so. Etai shared both the pros and cons of Israel’s one-sided decision to ultimately displace the Jews of Gaza, including the lack of compensation and overall neglect of the Gush Katif people and by contrast the strong declaration to the world of the importance of a Jewish State before a joined state. With this long-speculated decision, Israel also ended its responsibility for 1.7 million Palestinians in Gaza. We discussed the politicization of the disengagement period, Etai shared how – despite the symbolic orange, and blue flags polarizing the nation – the IDF soldiers forcing Jews from Gaza did so regretfully and usually with care, humanizing the situation on all ends. – Chana

This was Marcy Gurspan’s Thursday: Being in Israel on Aardvark during this time is such a blessing. Yesterday we were all told that many places would reopen and that walking distance restrictions have been removed. My friends and I were so excited and decided not to waste any time, so today five of my friends and I went on a walk to Jaffa port. We spent a big portion of our day after classes doing some shopping, walking around the area, and enjoying the view of the ocean. After that, we split up and one of my friends and I walked down the beach all the way to Shuk HaCaramel which has finally fully reopened! We were so happy to see that Israel is really starting to open up again and life is continuing despite corona. We walked around, got some fresh juice and some falafel, and just had a great day exploring parts of Israel that we haven’t gotten to in a while. I’m so happy that I decided to stay on Aardvark and I can’t wait for all the amazing experiences to come during the summer session.

We all look forward to next week, in which we will be able to run some activities outside in small groups. It is also our last week of Ulpan and classes, so good luck to everyone on their finals! 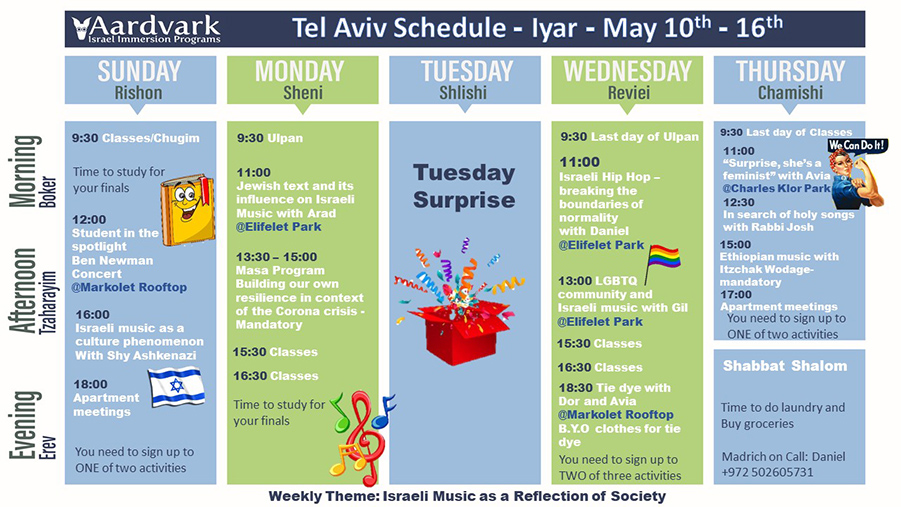 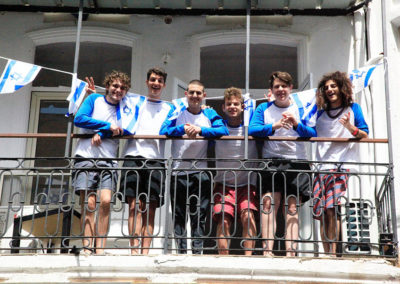 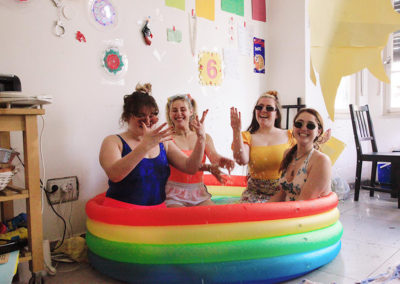 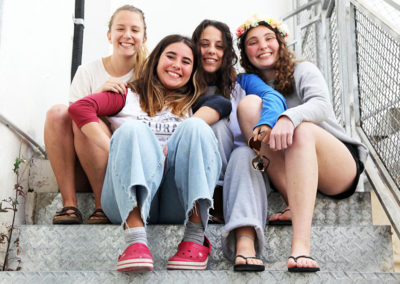 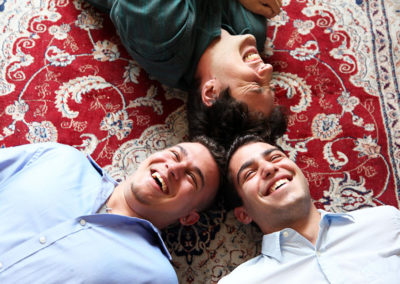 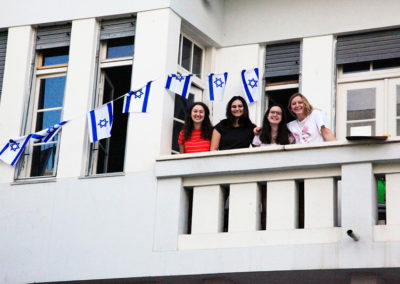 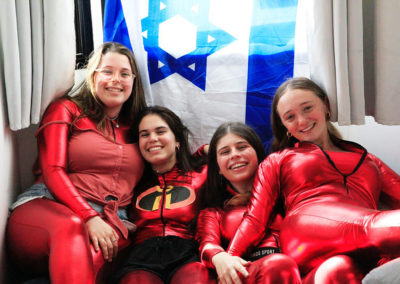 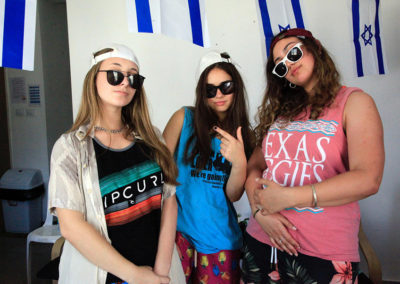 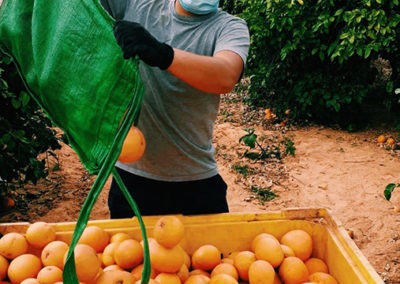 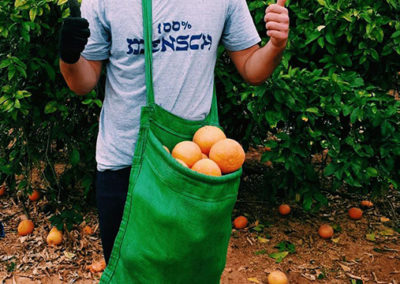 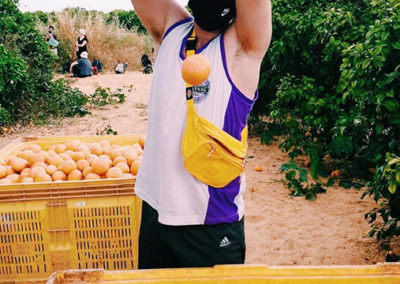 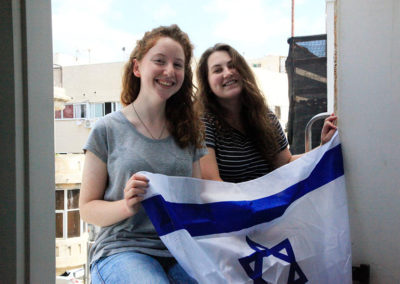 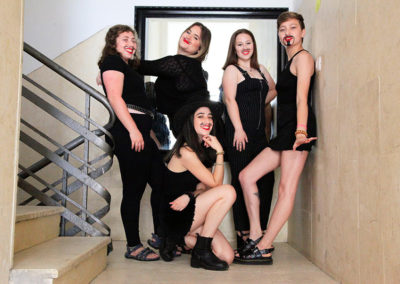 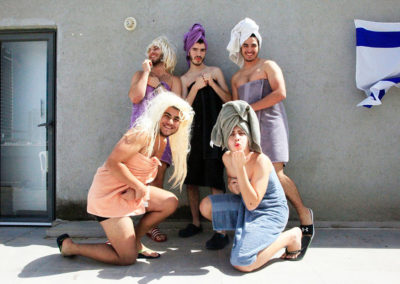 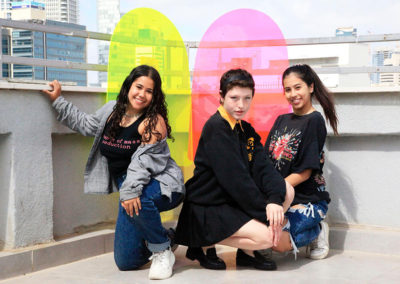 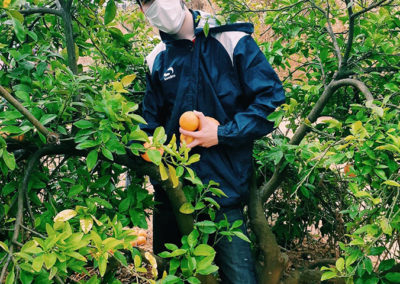 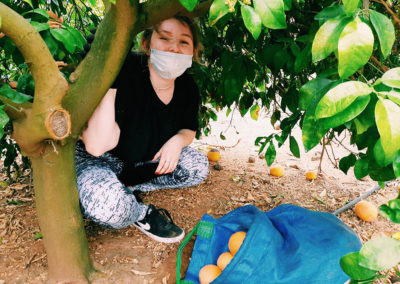 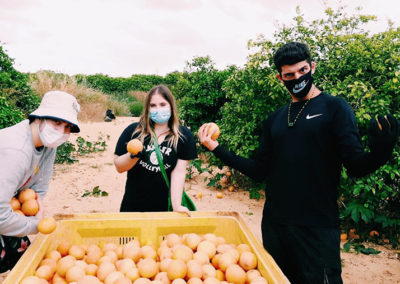 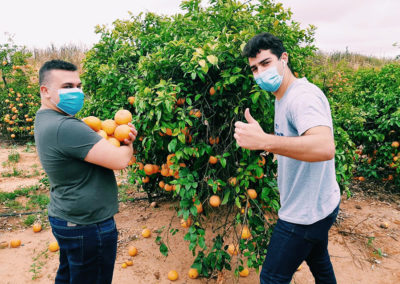 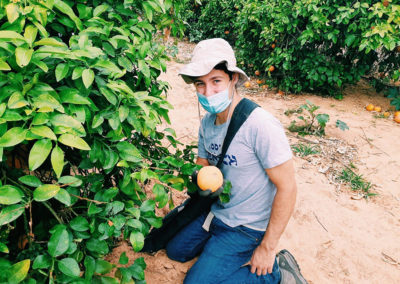 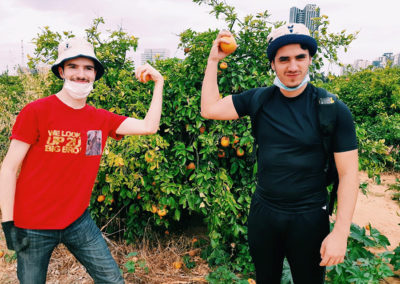 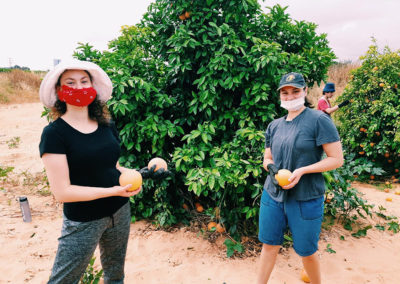 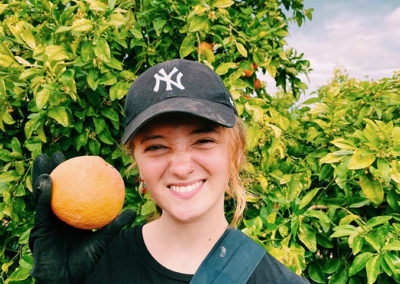