After a weekend and two days of the holiday, here are the highlights from this holiday week:

This past Shabbat, Selah opened its gates to the rest of Aardvark. Nine of our students decided to seize the opportunity and join the Selah Shabbaton in Jerusalem and together they had an incredible Shabbat.

Friday night began with Kabbalat Shabbat, followed by a Potluck Dinner together in the Moadon; we then went for dessert at a Modern Orthodox family in Nachlaot, where the students participated in a fascinating talk with Professor Yair Amichai and his wife Debby, who hosted all 30 of us in their Sukkah, about the practical psychology of unity.

For lunch, the group were offered four diverse options, a Kosher Yemenite Restaurant that opens on Shabbat, an amazing meal with a Modern Orthodox community, a meal with a young and unconventional couple, and a meal with an Ultra-Orthodox family where as a group we later had dessert and a conversation about Shabbat!

Before sunset, we had a special unity activity with the Selah Madricha Tamar who presented a secular point of view of Shabbat, and from there we continued on a hike to the Lifta water spring, an amazing and scenic location by Jerusalem’s entrance, where we had a picnic.

Ending Shabbat and our great experience, we had a Havdallah concert at the Kol Rina community synagogue where we sang and danced to the one thing that unites the nation of Israel: Jewish Music!

Devorah Braunstein said, “Jerusalem is amazing to visit, but it is even more special when it is Shabbat there. I had a blast singing, dancing, and eating my way through the Shabbat! Everyone there is so welcoming and I can’t wait to return for round two!“

On Sunday and Monday, it was the first days of Sukkot! Many students stayed in Tel Aviv so they could experience Sukkot in the city (for many it was their first time), while other students took the opportunity to explore Israel!

On Tuesday, for our day tour, we went to the Palmach Museum. The Palmach, acronym for Plugot Maḥatz (or “strike forces” in English), was the elite fighting force of the Haganah, the underground army of the Yishuv (Jewish community) during the period of the British Mandate for Palestine. The Palmach was established on 15 May 1941. By the outbreak of the 1948 Arab–Israeli War, it consisted of over 2,000 men and women in three fighting brigades together with auxiliary aerial, naval and intelligence units. With the creation of Israel’s army, the three Palmach Brigades were disbanded. This and political reasons led to many of the senior Palmach officers resigning in 1950. The Palmach contributed significantly to Israeli culture and ethos, well beyond its military contribution. Its members formed the backbone of the Israel Defense Forces high command for many years and were prominent in Israeli politics, literature, and culture. On the tour, the students learned about the organization and its role in establishing the Israeli state as well as about the mid-20th century. The museum itself is very special due to its design. There are many rooms and in each room that you go through there are many short videos depicting the period when the Palmach was active. After a quick lunch break, we also visited the Etzel (the military fighting organization) museum and the Jabotinsky Institute where we gained a better understanding of the different ideologies of the Israeli underground organizations that operated before the establishment of the state of Israel and the IDF.

On Wednesday morning, some of our students were unable to go to their internships, as not everywhere is open over Chol Hamoed. Instead, they went on a fascinating Sukkot tour in the Ultra-Orthodox city of Bnei Brak where they had the chance to gain an overview of the city’s atmosphere, learn about Sukkot, bless the four species, have a traditional Ultra-Orthodox culinary tour, and hear some culture, stories and more!

In the evening, for our Faces of Israel activity, the students met Gonen Ben Yitzchak, the Shin Bet handler who worked with the Green Prince during his years as an agent. Having him come to speak about his story was a really special opportunity. If you are also interested in the story, a full-length movie is available on Vimeo (The Green Prince) and the story is also available as a book, The Son of Hamas written by Musab (The Green Prince) himself.

On Thursday morning for our Sukkot activity, we took part in an amazing project run by an organization called “Beit Tefila Israeli“. This organization works in Tel Aviv and offers a different kind of Jewish experience, to which both secular and religious people can relate. Every Sukkot the organization builds a huge Sukkah in the Tel Aviv harbor and we went there for a Yoga class and a lecture from organization’s founder and rabbi.

In the afternoon, we ended the week with apartment meetings. In the meetings, the Madrichim spoke to the students about the seminar in Ketura that will take place this Tuesday and they also suggested some optional activities during the weekend and the holiday for our students to attend.

Next week, we celebrate Simchat Torah, and we will be going with the Jerusalem group to a 3-day seminar at Kibbutz Ketura! It’s going to be a jam-packed week so stay tuned!! 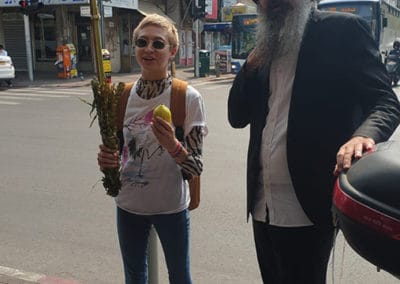 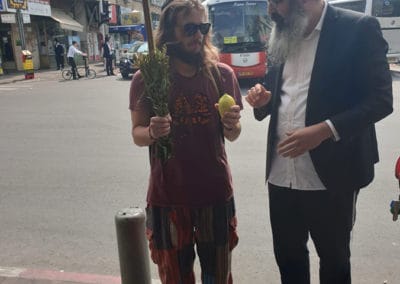 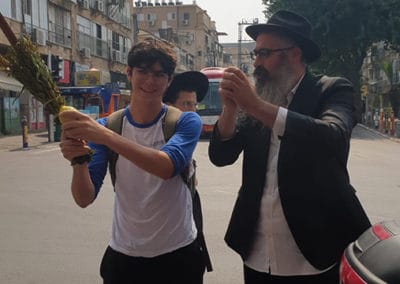 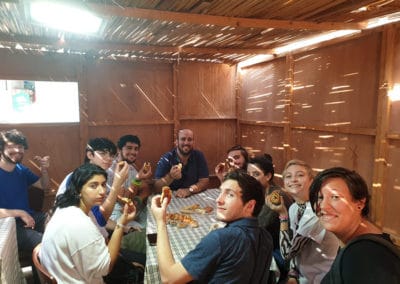 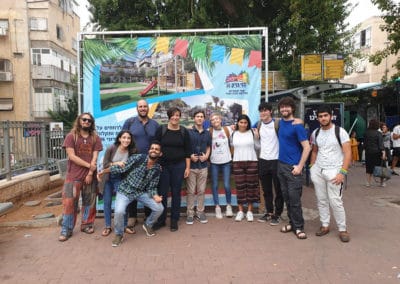 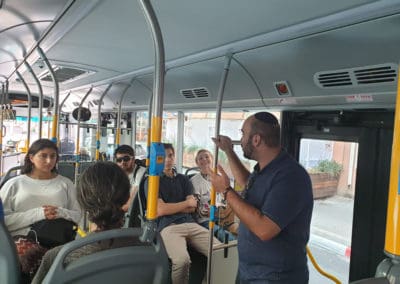 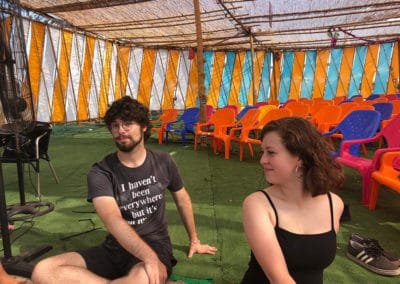 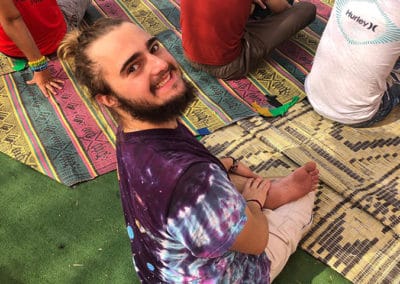 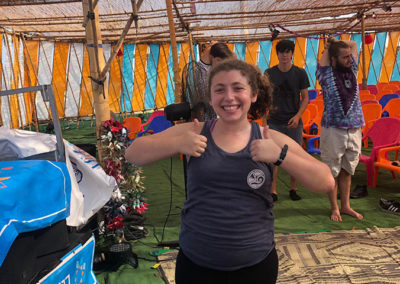 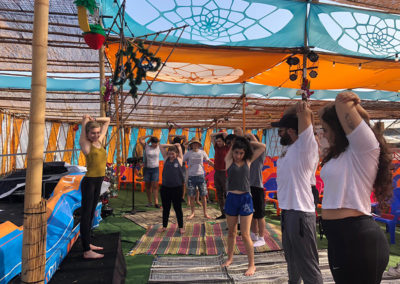 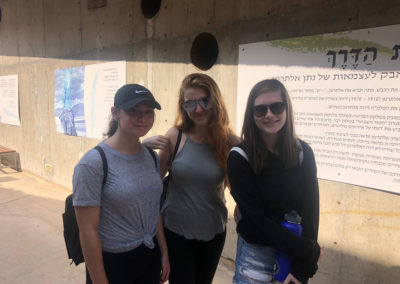 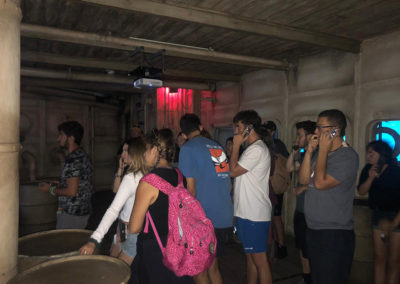 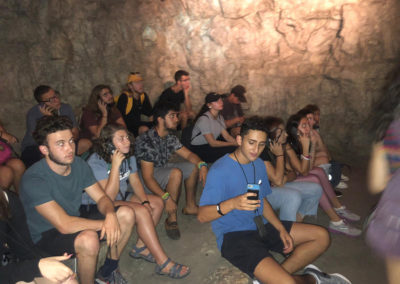 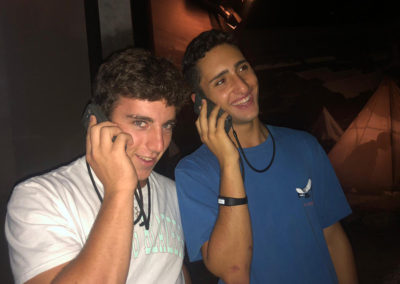 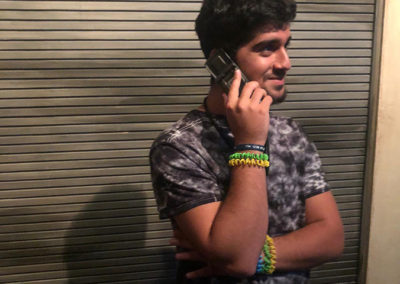 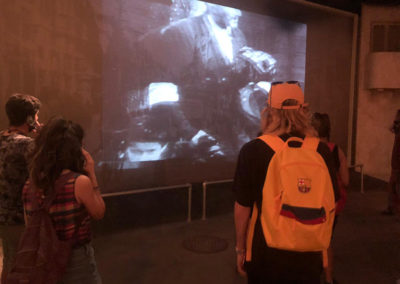 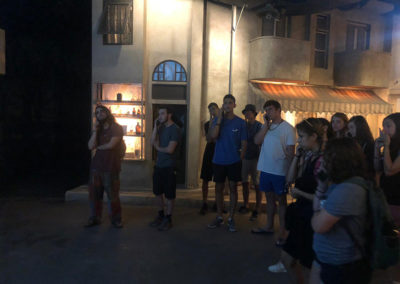 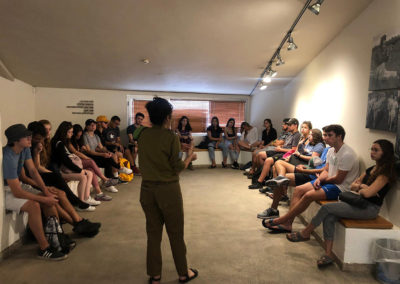 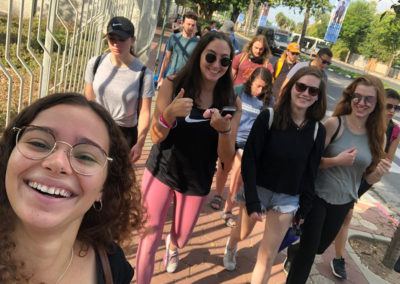 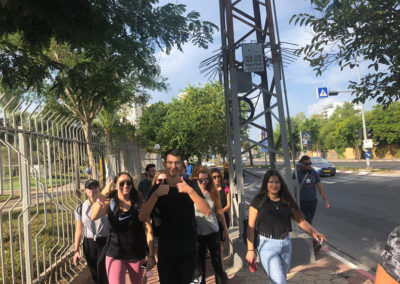 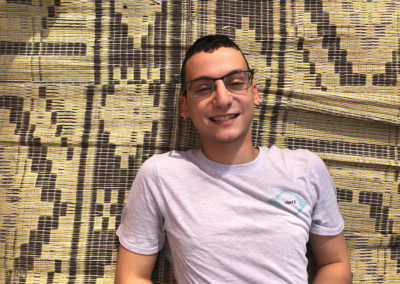 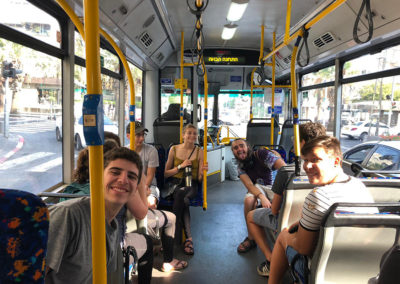 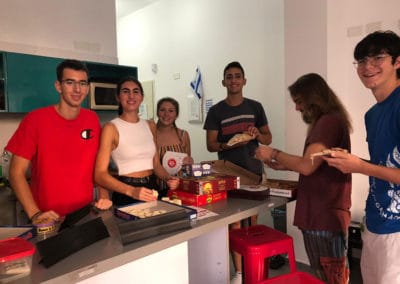