On Tuesday, the Tel Aviv group went to Rechovot for a day on modern Zionism and historical Zionism. The students began the day in a place where the two types of Zionism meet, the Chaim Weizmann House – Weizmann was the first President of the State of Israel, a scientist and researcher worldwide. Their connection to the world led him to engage in politics and to play an important role in the establishment of the State of Israel. At his home, everyone took part in an interactive game (a kind of Escape Room) where we had to move between the different rooms and answer the riddles. The next stop, was the MDA Garden located within the Weizmann Institute of Science. There, the students saw how modern Zionism was expressed and how much Israel has involved in promoting science and entrepreneurship from the beginning of the establishment of the State until today. In the garden itself the students moved between different exhibits and were able to participate in a different experiment. In one performance, our guide told the students about physics, and another performance they learned about sound waves and botany. The tour finished with another experiment that was very tasty. We were able to see how liquid nitrogen can help us make ice cream in five minutes. From the Shield of Science everyone continued to the last station for the day, Ayalon Institute. The Institute was in fact a great example of Zionism during the establishment of the State. In fact, it was a Kibbutz where a group of young activists from the Haganah Underground established a factory for bullets under the noses of the British Mandate. It was fascinating to hear their stories and see how the factory worked and in what ways the young men used to hide it and keep it a secret. For example, the entrance to the factory was through the laundry room, where there was a machine that worked all day and covered the noise of the factory. The kibbutz built a bakery above the factory to hide the smell of the production of the bullets. It was a fascinating day in which we could see how Zionism in the past connects to Zionism today. 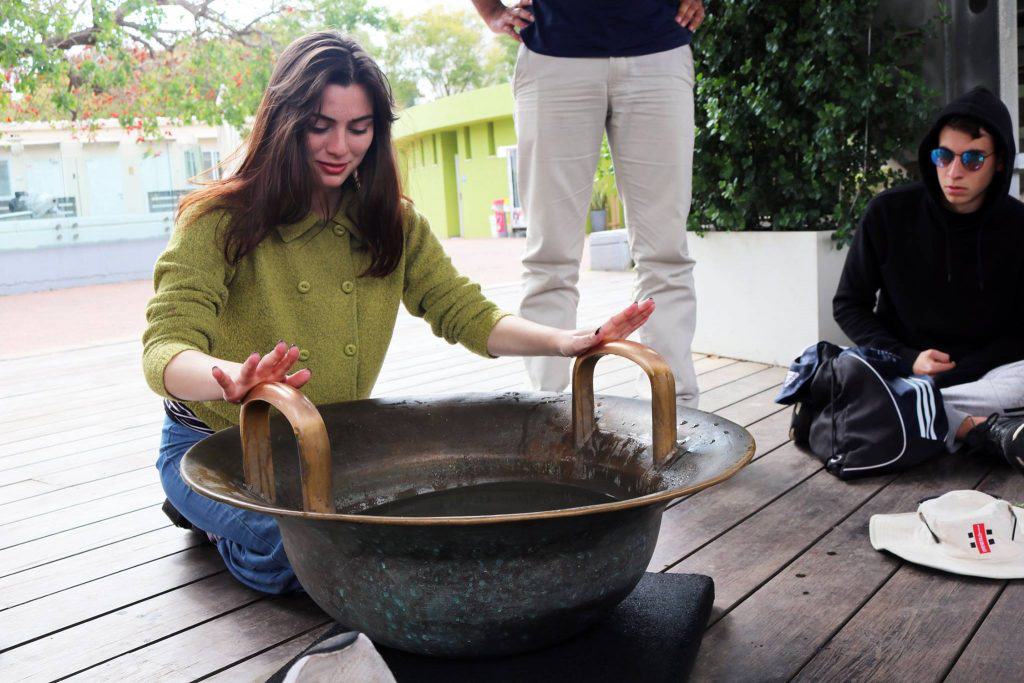