On Wednesday morning, the Tel Aviv group started the day with a tasting tour in the Levinsky shuk. The students tried burekas, marzipan, halva, tziziki and other local goods that trace their roots to Greece, Syriah, Morocco and the rest of the world. The students returned to the office and had two sessions – one on Academics and one on ‘Tel Aviv How-Tos’. Later the students met in their apartments with their Madrich/Madricha for a workshop on budgeting and apartment responsibilities. At the end of the workshop the students went grocery shopping together and cooked their first lunch. The day continued with an elective session: a bike tour around Tel Aviv and a street art tour around the south of Tel Aviv. The Jerusalem group started the day with breakfast together in the building and then split up into apartments to have an activity on how to budget as an apartment followed by a tour of the neighborhood, showing the students all the essential places around the apartment building. The last stop was the local supermarket where the students had their first shopping trip. Later in the day the students went into City Center to get bus passes and to have a tour of Mahaneh Yehudah Shuk using a very cool app called “Bitemojo”. The app lists a variety of shops at the shuk and gives information about food, who store owner is and what’s so special about it. It provides an excellent opportunity to learn to communicate with local merchants as well as to eat very tasty food, and to have a taste of the Israeli culture. After a fun afternoon, each apartment had a cooking session with their madrich, where they learned how to make a real Israeli dinner. Both cities are looking forward to an amazing two day trip to The Judean Desert tomorrow! 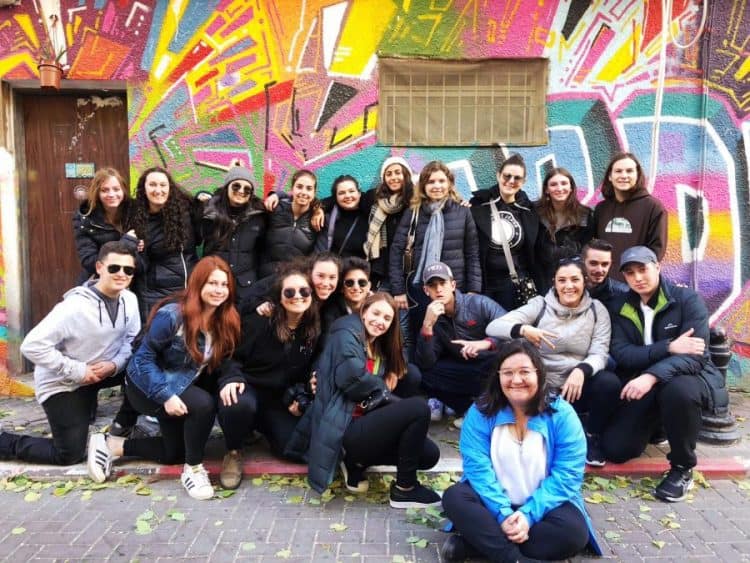