The students began the day at The Salad Trail. The Salad Trail is an unforgettable experience in the greenhouses of the Habsor region in the northern Negev. We were guided by the agronomist Uri Alon (a specialist in international agriculture.) We observed the most up to date agricultural technologies- the “high tech” of agriculture. At every stop of the tour we received an explanation followed by actually picking and eating our fruit right away! We encountered a wide variety of seasonal fruits and vegetables: The Tomato Greenhouse, The Greenhouse of flying strawberries, The Orchard of Chinese Oranges, Racing of homing pigeons, The Herbal Greenhouse of fresh medical herbs, and The Field of Carrots. After sampling all the fruits and vegetables, and a tasty lunch, we headed out for a tour of Sderot. Sderot is a city where many Israelis who had formerly lived in Gaza were moved to by the Israeli government following their removal from Gaza in 2005. With the city’s proximity to Gaza, it is a place that in recent years has been vulnerable to rockets fired by Gaza in the ongoing conflict. The city has taken measures to protect its residents from these rockets, including reinforced buildings and safe rooms in buildings, and bus stops that double as bomb shelters. We visited a children’s playground that is also a bomb shelter so that the children living in Sderot can still play. We then proceeded a watch point from Israel into the Gaza Strip, we were able to see the houses there including some used as Hamas headquarters. 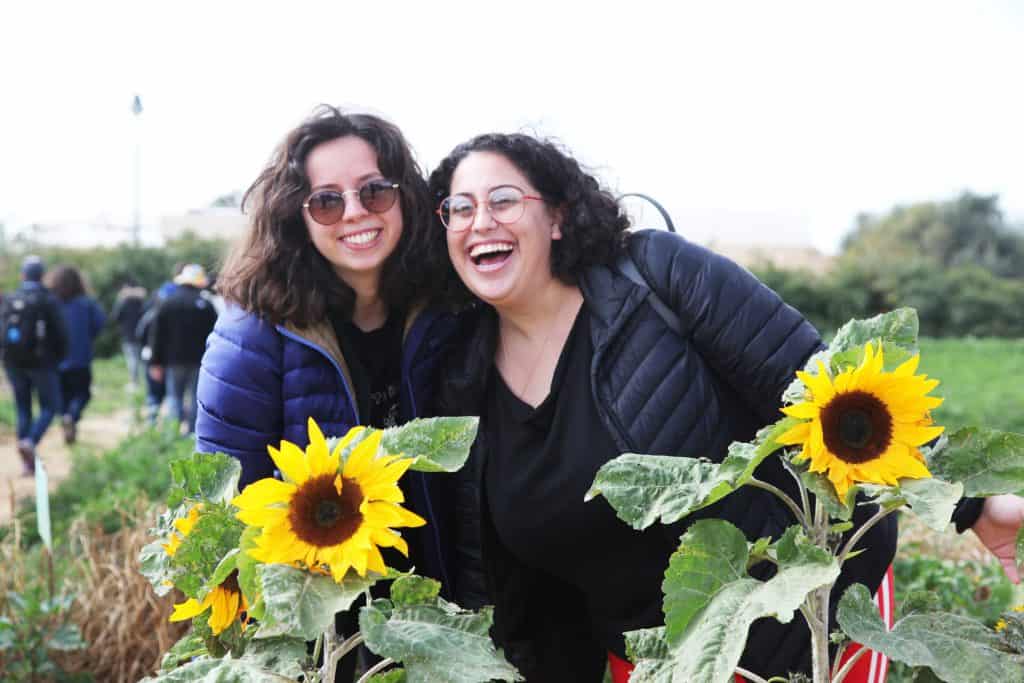