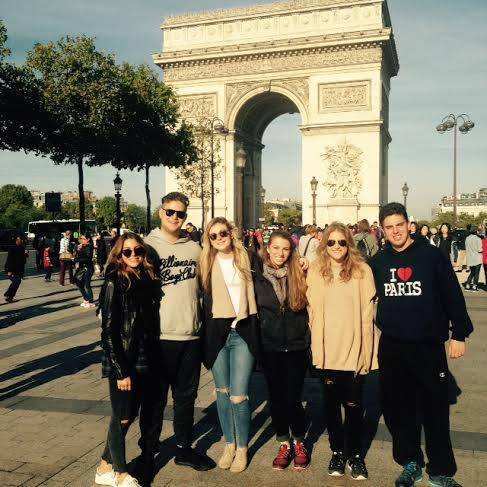 Our trip will mainly be based in Paris. Paris, The City of Lights and The City of Love, is one of the most visited cities on the planet with many people visiting more than once. There is much to see with Aardvark ranging from the more typical tourist places to more authentic and off-the-beaten-track experiences. Hosting Europe’s largest Jewish community, France has been historically important to the Jewish people and its role in the development and current relationship. 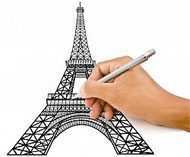 After arriving to the city, checking into the hotel, and having our first taste of French cuisine we will visit the gorgeous Paris Opera House. You don’t have to know anything about opera or even enjoy opera to appreciate this stunning building and hear the story of the Phantom of the Opera. Then it is off to the Grevin Wax Museum where you can pose for pictures with some of your favorite famous people. In the evening we will have a walking tour of the Montmartre neighborhood. Montmartre typifies all things quintessentially Parisian, from terrace cafes to romping bars and clubs, drunken can-can dancers to budding street artists and performers, bourgeois-bohemian apartments to tiny cobblestone streets. We begin our tour at the border of Montmartre by the infamous Moulin Rouge. From there, we move up the hill to artist studios, statues of pop stars, and the church at the highest point of Paris; Basilica Sacré Coeur. On our tour of Montmartre, we discover what it is that made Vincent Van Gogh, Toulouse Lautrec, Claude Monet, Pablo Picasso and Salvador Dali want to call this eclectic district home.

We will begin the day with a meeting in the Israeli Embassy. While much focus is put on America’s support of Israel, the reality is that in many areas Israel has relied on France’s help, both to create the State of Israel and in the first couple of decades of the State’s existence. After the visit we will have a walking tour of the Eiffel Tower and the neighborhood surrounding it.

The Eiffel is the unrivaled urban beauty of Paris. It is a showcase of grand projects, glorious boulevards and iconic architecture. No other city in the world has as recognizable a monument as the Eiffel Tower and no trip to Paris is complete without visiting this fascinating building. The tower has starred in countless true tales of adventurers, inventors, conmen, national heroes and villains. Built for the Great Exhibition and centenary of the French Revolution in 1889, the tower was only supposed to stand for 20 years. Critics hated it and tried to have it removed early and yet it survived to become the world’s tallest building for 41 years and win a place in the hearts of the Parisians. This tour discovers the glamorous River Droit, the Right Bank of the Seine, and puts the Eiffel Tower into its urban and historic context.

In the evening meet Jewish Students to get to know the locals and find out first-hand what it is like to like in a city with severe problems of anti-semitism.

Begin the day with a tour of the Jewish Quarter discussing old and modern history of the community. Learn about how the French Revolution and the Emancipation affected world Jewry until today. Learn about the Dreyfus trial and how it affected Herzl to start talking about a modern Jewish state. And also learn about France’s resistance and collaboration with the Nazis during the Holocaust.

For our next stop we will be going under the city to the Sewers of the Paris Museum for a unique look how modern sewerage systems developed allowing people to live in large urban cities. It may be a bit smelly but it is a rather interesting tour.

Close by is the Museum of the Army and Tomb of Napolean. No trip to Paris is complete without understanding Napoleon’s role in France and his impact on the world. Along with the tomb there is also an army museum with an amazing exhibition of military clothing worn throughout the centuries in France and in other countries. There are some outfits here that Lady Gaga would die for and they are a far cry from today’s military uniforms. End the day with a relaxing cruise on the River Seine for a different view of Paris.

In the morning climb to the top of the Notre Dame Cathedral and pose with a gargoyle (while looking for Quasimodo). Leaving gothic times, continue to the Museum of Fashion and Textile where one of the exhibits showcases the evolution of a woman’s bra. Next, for all the art lovers, is a visit to the Louvre. Part of the challenge of going to this huge museum is finding the Mona Lisa, both because it is just hard to find and second that, contrary to what most people think, the painting is rather small. No trip to France is complete of course without discussing wine. We will go to Chateau Wine Tasting to…you guessed it…taste wine and finally learn the meaning behind “Champagne” “Cognac” and “Bordeaux”.

Finally we have a day trip to Versailles. Versailles is world famous for its awe-inspiring, extravagant palace and breathtakingly beautiful gardens. You’ve experienced the excitement and wonder of cosmopolitan Paris – now journey back in time with us! Revel in the over-the-top decadence, harmonious open spaces, and luscious splendor of an intricately-landscaped paradise just a short ride from the capital. You will walk around these enchanted grounds and reveal the stories of the shamelessly self-indulgent kings, queens and consorts of 17th and 18th century France. Unravel the glory of the Sun King, the stifling court etiquette, and the scandals that rocked the monarchy and ignited the Revolution. Hear the fantastic myths and legends behind the statues and fountains. Explore hidden corners you wouldn’t find on your own!

Let’s face it. France has a love-hate relationship with the world. Many times people can be categorized into Francophiles versus Anglophiles. Nevertheless, France has incredible historical context for the Jewish people. Both the home of Rashi and the beginning of the Enlightenment, France has contributed to Orthodoxy and Liberal Judaism. Today, France has one of the largest Jewish communities in the world. While there is well developed Jewish infrastructure in the country, the community has become worried over the last decade due to the influx of Moslems many of whom have both anti-Israel and anti-Semitic positions. Additionally, there is wide controversy about France’s role in the Holocaust and to what extent they collaborated with the Nazis in the destruction of the community. Finally, with Iran as such a big world topic, France’s role with helping Israel attain nuclear power cannot be taken for granted.

credits:  Hand Drawing of the Eiffel Tower compliments of freedigitalphotos.net