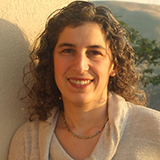 Debbie Goldsmith, Director and Co-Founder of Aardvark Israel, has worked in the field of Jewish and Zionist education for the last 20 years. She served as Aardvark’s Assistant Director from its establishment until becoming Director in November 2014. Previously she was the Assistant Director of Young Judaea/FZY Year Course program in Israel. Debbie grew up in Cleveland, Ohio, and after spending her gap year in Israel on USY’s Nativ program, she completed her B.A. at Columbia University in Religion and at the Jewish Theological Seminary in Talmud. She also earned an M.A. in Jewish Education from the Jewish Theological Seminary. Before making aliya to Israel in 2001, Debbie was a Jewish Family Education coordinator, youth professional, and worked in Jewish summer camps. She also has led Jewish educational tours to Ethiopia, China and Holland. Debbie lives in Yishuv Alon and has three children and an “adopted” 25 year old son. 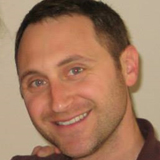 Simon Cohen, Director of Admissions and Co-Founder of Aardvark Israel, has worked professionally in the field of Jewish and Zionist Education since 1999. He grew up in England as an active participant in the Federation of Zionist Youth (FZY) and served as FZY’s National Director of Education prior to moving to Israel in 2000. In addition to participating in Young Judaea/FZY’s Year Course in 1994-95, he dedicated a decade to working for the program as a senior staff member. Among his accomplishments is having founded and directed the Shevet Program which provided participants a structured venue for religious exploration and growth. Simon is also an experienced guide for Jewish educational tours to Poland. He earned his B.A. in Economics and Economic History from Manchester University and his M.A. in Jewish Education from the Hebrew University. Simon lives in Tzur Hadassah with his wife and their three children. 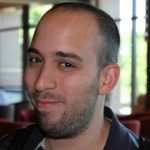 Shay-El Tamir Assistant Director of Aardvark Israel, was born and raised in Israel. As a teenager, he began volunteering in his local community center, where he gained the ability to connect with people of all ages and acquired leadership skills. While in the IDF, Shay-El served as a tank commander in the Armored Corps. Immediately after his army service, his passion for Zionism and Jewish culture led him to work at Wilshire Boulevard Temple Camps. He soon realized that his life goal would be to make Jewish youth worldwide more enthusiastic about their roots, and aware of how important it is to cherish their heritage from one generation to the next. Shay-El eventually joined the leadership team of the Summer Shlichim Program in the Jewish Agency for Israel and served the organization for 6 years. He holds B.A in ‘Leadership and Management of Educational Systems’ and Political Science from Bar-Ilan Univeristy.
After working with Jewish youth for more than 15 years, Shay-El noted that joining Aardvark Israel is a natural “next step.” 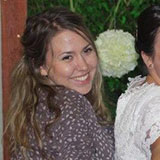 Natali Basel, Jerusalem Community Manager, comes from a small village in the Samaria Region of Israel. Her father is originally from Yemen and her mother from Russia. Currently, Natali is completing her studies towards a B.A. in Education and Psychology. Natali has worked with many groups of students including USY Israel Pilgrimage, Solomon Schechter schools from Westchester, New Jersey, and Long Island, and Chicagoland High-School. Natali loves to hike, has traveled to India, and dreams of going on safari in Africa someday. Natali currently resides in Jerusalem 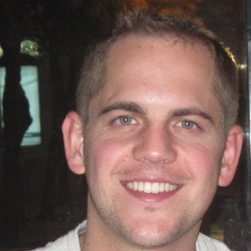 Nick Lees. Communications Coordinator. Nick is a veteran press officer in the IDF Spokesperson Unit and has worked for years in private sector digital marketing. During university, Nick participated in numerous volunteer and study abroad programs in Israel. These experiences had a profoundly positive impact on his life and Jewish identity.

He joined as Marketing Director of Aardvark Israel in order to help other young Jews also have enriching educational experiences and deepen their relationship with Israel and Judaism.

An alumnus of Cleveland State University’s Honors Program, Nick graduated with a B.A. in Journalism and PR. He was awarded Hillel’s Outstanding Leadership Award and studied abroad at the University of Haifa as a Presidential Merit Scholar.

Nick lives in Petach Tikva with his wife. When he’s not getting students excited about Aardvark’s Gap Year Programs, he enjoys playing blues piano, hiking and spending time with family. 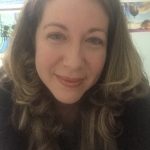 Elishe Binder is our Registrar. She grew up in a Zionist and Jewishly active family in Albany, New York. As a young adult, she was involved in NCSY, USY, Ramah Camps, an Israeli dance troop and three acapella groups. After graduating from Binghamton University with a B.A. in English and Creative Writing, she moved to Israel and received her Masters’ Degree in Jewish Education from Hebrew University. Outside of her job for Aardvark, you can find Elishe in Tzur Hadassah, running her afternoon program for school aged children, hanging out with her 3 kids and husband, painting, singing and dancing. 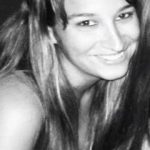 Gal Badash is an Admission Coordinator on our recruiting team. She was born in Tel- Aviv and moved with her family at the age of 11 to Dallas, TX, where she was heavily involved in BBYO and the JCC. At the end of her senior year in high school she decided to return to live in Israel and joined the Israeli Air Force as a lone soldier, serving as an air traffic controller. After finishing her service, Gal completed a B.A in communications at IDC. Outside of her job for Aardvark, you can find Gal hanging out in different restaurants, theatres and concerts all over Tel-Aviv and laying out on the beach on the weekends. 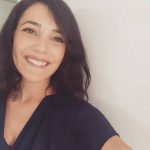 Shani Pereg is an Admissions Coordinator on our recruiting team . Shani was born in Melbourne, Australia. and made Aliya with her family when she was 6 years old. As a teenager, she participated in the first Boston -Haifa delegation from her high school to enhance the connection between both Jewish communities. Shani served in the intelligence unit in the Israeli army and during her army service was sent to work in URJ Greene Family Camp where she realized her great passion for representing Israel and getting in touch with her Jewish roots. She eventually joined the returning summer shlichim program by the Avi Chai foundation and the Jewish Agency and continued working at the summer camp for 3 years as a counselor and admin staff. Following her passion she continued participating in different Jewish oriented programs such as the Birthright Excel program and was a marketing intern in Hillel Ben Gurion Campus. Shani holds a B.A in Business management and marketing from Ben Gurion University.
She currently lives in Tel Aviv and loves nature, the beach and attempting to play her guitar.

Moshe Levi began his career in Jewish education straight after completing his military service in the IDF. In the past, Moshe worked with USY, both on summer programs and on gap year programs. He has extensive experience in Jewish and Israel education. For two years he served as a shaliach for the United Synagogue Youth in Minneapolis, Minnesota and he has worked with the Avi Chai Foundation and the Shalem Center on a variety of educational initiatives. After returning to Israel after Minnesota, Moshe served as The Jewish Agency’s coordinator of Youth Movement Shlichim. In the summer of 2017, Moshe finish his service of four years as the community Shaliach for the Greater MetroWest Jewish Federation in New Jersey, where he was the senior Shaliach and Israel education specialist. Most recently, Moshe joined the Aardvark educators team and taught a class about the History of Zionism. Moshe has also worked with different Jewish summer camps in North America. Moshe was born in Israel and he grew up in Jerusalem. He served for three years as a medic in an infantry unit in the IDF and he holds an MA in Comparative Religion from the Hebrew University. Moshe looks forward to bringing his passion and knowledge of Israel and Jewish education to the Aardvark participants as the Director of Education.

Idan Korkidi, the Tel Aviv Internship Coordinator: grew up and lived in Herzilayah all his life. In the army, he served in the Air Defense Unit as a fighter and then became an officer. In the summer of 2017, he worked as a counselor in JCC Ranch Camp in Colorado and he was a Head Counselor the following summer. In his free time, he reads sci-fi books and studies the harmonica. He loves anime and watches Netflix. In the past, he participated in a youth movement called Mashitzim, as a student and as a counselor, and there he became interested in the world of Education.
He was a Madrich on Aardvark Israel in 2018-2019. 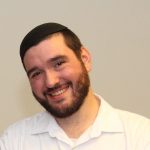 Rabbi Joshua Gerstein, Campus Rabbi originally from Lancaster, Pennsylvania made aliyah in 2007. He received his semichah from Rabbi Shlomo Kassin of the Midrash Sephardi of Jerusalem, as well as from Rabbi Aharon Ziegler of Kollel Agudat Achim. Rabbi Gerstein holds a bachelor’s degree in psychology from Touro College and a master’s degree in Jewish education from the Hebrew University of Jerusalem.
Since moving to Israel, he served as the assistant Rabbi of Beit Knesset Chazon Yechezkel- the Young Israel of the Old City and has taught Halacha and Jewish Thought in yeshivot and gap year programs for North American youth. In addition, he served as a non-commissioned officer in the I.D.F. Rabbinate, where he was responsible for religious services and Jewish identity programming. He now holds the rank of Lieutenant in the I.D.F. reserves where he serves as the Rabbi for the 498th “Dawn” Search and Rescue battalion of the Homefront Command.
Rabbi Gerstein lives in Jerusalem with his wife and family. 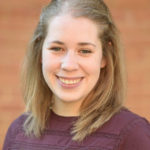 Liel Zahavi-Asa made Aliyah from California with her family and was raised in Efrat, Israel. She holds a BS in Expressive Arts Therapy from Lesley University and an MA in Jewish Education from Hebrew University. She is also a graduate of the ICenter’s Masters of Concentration in Israel Education. She served as the Director of Jewish Life and Israel Engagement and IACT Birthright Coordinator at Rutgers Hillel in New Jersey. She has extensive experience working as a formal and informal Jewish educator at summer camps, Hebrew schools, and Jewish communities across America. Liel lives in Jerusalem and is currently a student in the Israeli tour guide course. 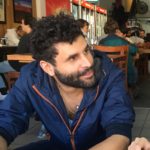 Etai Ben Simhon Born and raised in Israel, Etai has always been passionate about informal Jewish and Zionist education. He started his journey by taking part in the Bnei Akiva Youth Movement at a young age, he went on to spend his IDF service working with at risk youth and before joining the Aardvark team, he spent three years as the Head of Curriculum and as a member of the Jewish Informal Education Department at Bialik College in Melbourne, Australia.  He also served as a shaliach and Rosh Tzevet at the Zionist Seminars through the Jewish Agency in Australia, he worked as an educator and a coordinator of the Tsofim (Israel Scouts), and he spent two summers working at Jewish camps in America and Canada. Etai brings enthusiasm, creativity, and a deep knowledge of Judaism and Israel to his work. 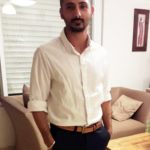 Yair Berkovitch comes from a small settlement in the Benyamin region called Alon. Growing up, Yair enjoyed traveling and hiking all over the country and it is from his childhood that he learned to love the land of Israel. Yair served in the paratroopers unit in the army. Upon his release, he was involved in a project to build ecological homes as well as support troubled youth. Today Yair is a real estate entrepreneur taking classes at the Hebrew University to broaden his understanding of the field. Outside of Aardvark, you can find Yair, hiking, spending time with his family, and trying out new recipes in the kitchen.