Student of the week – Gila Cherny

My name is Gila Cherny. I’m an 18 year-old girl raised in the small Jewish community of Perth, Australia. I live with my mother and father, as well as my younger brother, and most people who know my family would describe us as caring yet definitely crazy, something I take much pride in. Over the years, my parents, along with my school and community, have provided me with many fantastic opportunities, which have shaped me into the passionate, driven person I am today.

I attended a Jewish, Modern-Orthodox day school for the duration of my schooling, which had just 220 students while I was in my final years. The small number of kids in each class created an environment that allowed for open discussion and true encouragement from the teachers, as well as a tight-knit community feel within the school campus. I was constantly being taught to question what I didn’t understand and to research what I was interested in. This, along with being on both the school mock-trial and debating teams, fuelled my passion for justice and equality, and gave me the ability to stand up for what I believe in, a character trait that has, and always will stick with me. I believe the constant support from my family and my teachers truly helped me to reach my full potential by the time I graduated last year in October.

Leading up to graduation, I knew both that I wanted to take a break from studying before university, and that if I was going to travel anywhere, it was going to be Israel. If I was to defer my studies, however, the minimum period before I could start my Law-Psychology degree was six months, which gave me a good amount of time I could spend in Israel. As my trial exams approached, I knew I needed to decide if I was going to do a gap-year program, or if I was simply going to fly to Israel and hope for the best. After having been to the many Israel based gap-year fairs hosted by my school, I decided a program was better suited to my needs, however, I was then left with the difficult questions of, ‘Which program is best for me?” after all, I didn’t want to end up on a program that wasn’t well suited to my personality. Anyone who knows me can easily pick up on the fact that I very much like to have a plan and a schedule that keeps me busy, feeling productive and providing me with experiences that will help to build me as a person. These factors were what drew me to Aardvark, and eventually led me to decide that Aardvark was a fantastic option for what I was looking for.

Walking into the school hall, where all the gap-year options had a small stall set up, I saw the Aardvark logo for the first time. I had already seen and heard the other gap-year organisations and knew how their programs are run, as they are led by youth movements who are part of the community, but I had never heard of Aardvark before. After I asked a million and one questions to the ambassador running the stall, I felt quite satisfied that Aardvark was a perfectly fitting option for what I was looking for. The schedule, the fantastic places we would go to, the location – all of it seemed great. For the next three months, I proceeded to keep the Aardvark application page open on my computer while I focused on exams and procrastinated with signing up. I was still undecided if I wanted to be away from home for so long…. but eventually the opportunity seemed too good to miss, and saw me signing up and confirming my spot on Aardvark.

Now, 5 months later, I can 100% confirm that Aardvark was the right choice for me. I’ve met amazing people from all over the world, travelled to parts of Israel I’d never heard of before, taken ulpan and improved my second language, volunteered at an LGBTQ+ shelter, gone to Italy with new friends, done weekly grocery shopping at the shuk, and more! I was adamant on finding a program that gave me organised opportunities, as well as freedom to explore Israel on my own, and Aardvark fulfilled those requirements perfectly.

The semester has flown past, and even though it’s had its ups and downs, I’m sad to be coming to the end of such an amazing experience. Growing up in Australia, most people are either Jewish, or don’t really know what Judaism is. This leaves me with only the same Jewish community I’ve grown up with my entire life to act as a basis for my Judaism. The community isn’t huge, and as such the variety of interaction can become limited. The people within the community are either fluent in Hebrew, or don’t speak a word of it, or are extremely religious or not so much at all. For me, personally, it was easy to become detached from Judaism in the small community I grew up in, always being given and taught such similar opinions, not really being able to develop my own personal connection to the religion, which can, at times, have laws and opinions that are quite hard to accept when they are taught as black or white.

Being in such a huge community for the last four months, however, a nation-wide community, has truly opened my eyes to what Judaism can be in the rest of the world. Walking down the street and saying “shalom” instead of “hello”, being told “chag sameach” in a shop before Pesach, and being asked if I need Shabbat candles at the bus-stop before Shabbat are the small things that make me stop and smile, and truly appreciate the amazing opportunity I was given to spend a semester in Israel. Hearing from people of all walks of life and talking to the many inspiring rabbis have allowed me to truly see and reconnect with what Judaism is and can be, and this, as well as the ranging interaction and variety of people, are the things I’ll miss greatly when I return home to Perth.

The Aardvark Israel Semester program was the best choice I could have made for my time in Israel, and I’ve learned so much more about who I am over the last five months than I thought was possible. I’ve met amazing people and had experiences I never would have thought to try if I was in Israel on my own, and I am so thankful to Aardvark for this opportunity. For the next six months, I will remain in Israel independently, having extended my ticket after loving the Aardvark program so much, and at the end of the year I will return home and start my studies with a fresh view of the world and my Judaism. 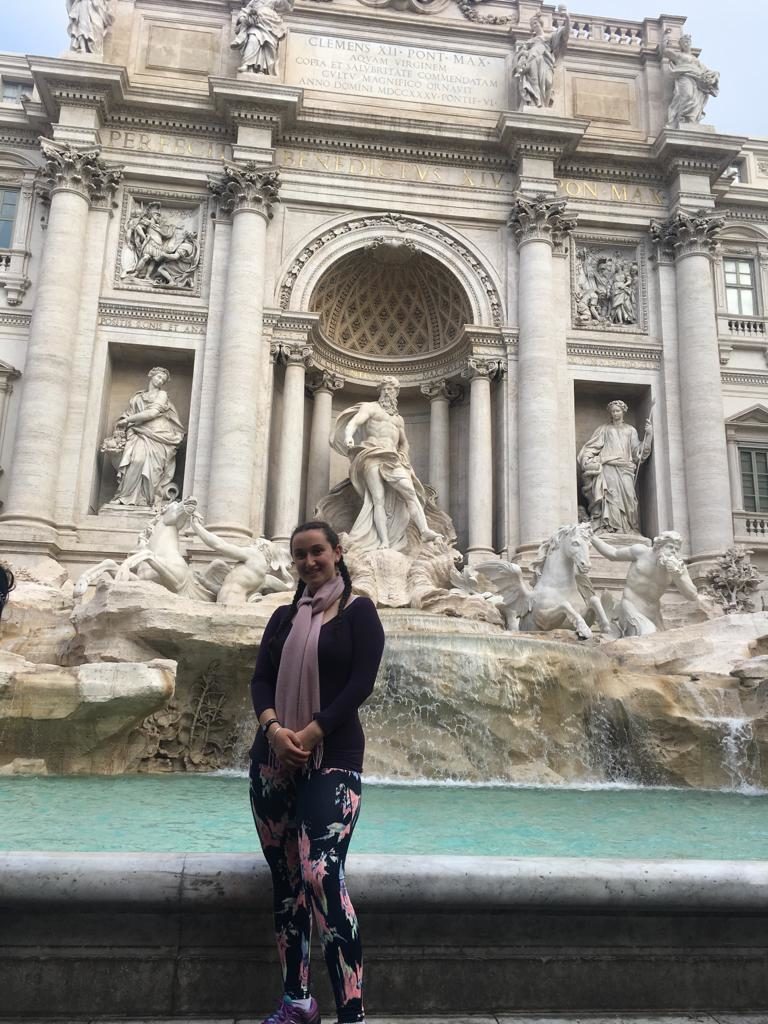