Here in Tel Aviv we can already feel the spring. It is warm outside, but not too warm. A lot of people are heading outdoors and there are a number of events taking place, we can almost feel the Passover/spring break atmosphere in the air.

Throughout the first week of April we had some interesting stuff going on. Here are the highlights: 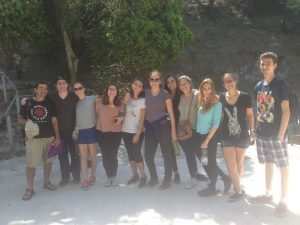 On Sunday the madrichim sat with the students to run another activity from the program “My Israeli Journey”. This time the activity was centered on the idea of setting up new goals from a place of knowledge. The madrichim asked the students to visualize the the final scene of their last day with Aardvark. They were told to imagine sitting in a fancy hall dressed up nicely and hearing about all that they have done. After that they were asked how they felt their gap year was…
The activity is supposed to give the students a wake-up call. The remaining 9 weeks is a lot of time with which to achieve so much and I hope to see and feel their productive energies directed at achieving their goals.

On Monday the students went to a rock climbing gym. It is a training gym for beginners and advanced climbers. Idan the madrich wanted to give the students a lesson about facing challenges. So he didn’t let any student quit in the middle of a climb.

On Tuesday morning the group went to Sarona, a Templar colony formed by German settlers in 1871. This agricultural German settlement became a model for the Jewish pioneers. During WWII and the rise of the Nazi empire many of the Templars became members of the Nazi party. As a result they ended up being locked up by the British forces and eventually deported. Today Sarona has been turned into a BEAUTIFUL hangout place and a tourist center. It is full of stores, parks, and the amazing “Sarona Market”.
After the tour the participants stayed at the center to enjoy the vibrant atmosphere. 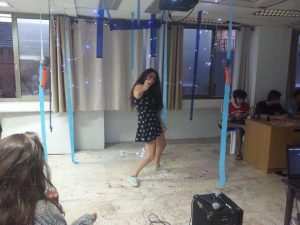 On Wednesday the Culture Committee AKA C.R.E.W, arranged a Karaoke night.
A lot of students stood up to the challenge and sang regardless of their skills. Staci Pinkowitz was the host of the event and she did it wonderfully! (She is a better hostess than a singer, I can tell you that.)
Shira Goldsmith, who has been known for her vocal abilities for some time, sang Hakuna Matata from The Lion King. You should have heard her!
All in all the evening was spectacular! And C.R.E.W rocks!

Along the way Kayla Bachar, Pandora Yadagaroff, and Shevi Vinisky volunteer at the “Lone Soldiers Center”. This center is dedicated to those soldiers who don’t have family in Israel to visit or stay with during vacations and weekends. The center’s purpose is to provide these soldiers with accommodation, to arrange and collect donations from all over the world to give to the soldiers and to arrange cool activities and holidays etc. Our girls are doing an important job and they are doing it amazingly!

Here is a summary from Josh Pincus on the Entrepreneurship Track about their meeting with Dr. Robert:

“We learnt about taking a current product in an existing market and transforming it into something completely new. The product presented to us was ice cream. When ice cream comes to mind it is considered a simple product. The ice cream product presented to our class was transformed into a middle to upper class product. This was done by simply taking a cup of ice and adding wafers in a separate cup. We learnt various ways to market products such as guerrilla marketing, infomercial TV networks etc. “

On Mind & Body the students visited “Reut Hospital”. The hospital focuses mainly on physical rehabilitation. The visit began with a tour of the hospital and the different rehabilitation departments. After the tour the group met Professor Ori. He was among the first group of students to study medicine at “Tel Aviv University”

That will be all for now
And until the next time,
Shabbat Shalom! 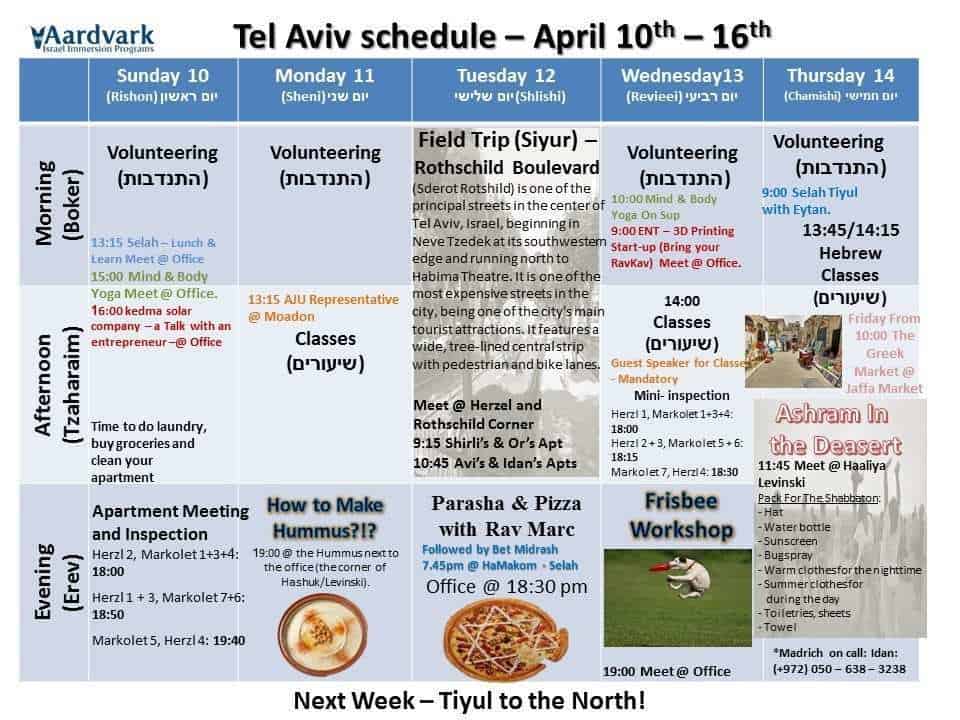 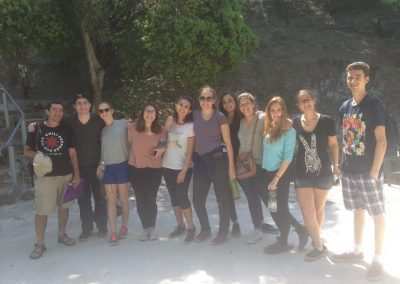 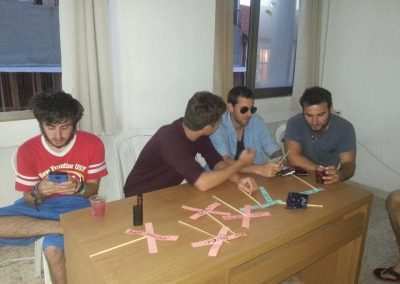 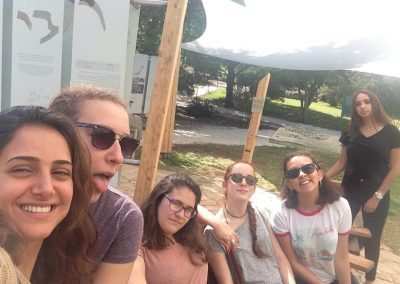 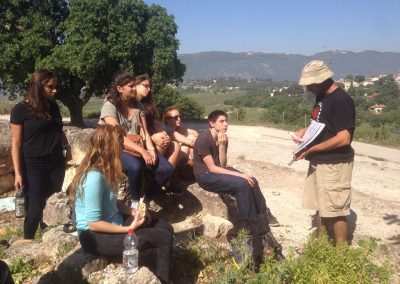