Last week in Israel was extremely busy so as a result of the holidays combined with the end of year preparations my letter is reaching you a little later than usual. The students have had number of different experiences over the past two weeks and I’m happy to share them with you.

On Monday the staff organized a great activity which dealt with the different streams of Judaism. They placed a number of different questions in the moadon which dealt with different aspects of Judaism and the questions were spread throughout the group. For example, “What is the Torah?” Each question had between 6 and 7 different answers and each answer represented a different stream of Judaism (Reform, Conservative, Orthodox, Secular, etc.) and was assigned a fruit. The students needed to choose the answer that best matched their perspective. Then at the end of the activity each student had a different fruit smoothie which represented their opinions. 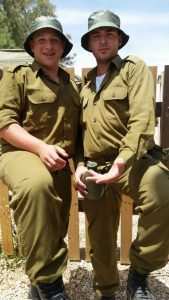 On Tuesday we all went together, both the Jerusalem and Tel Aviv groups, to a very special Yom HaZikaron (Memorial Day) ceremony organized by Masa. The event took place in Latrun – a site which is special not only for its beauty but also because of the many battles which took place there ranging from the days of the bible to the Six Day War. The ceremony was an impressive and beautiful way to pay honor to the many soldiers and victims of terror who fell for our country. As part of the ceremony the story of seven individuals were shared through songs, videos and personal stories. Among those stories was that of Ezra Schwartz, a Masa participant studying in a yeshiva who died in a terror attack in November.

On Wednesday morning the students went to the Kiryat Shaul cemetery (the main cemetery of Tel Aviv). The students went to ensure that every grave belonging to a fallen soldier had a “Neshama Candle” and a person standing next to it, even if just for a few moments. It was a powerful experience to wander through the cemetery seeing the families gathered. Most graves had been visited by families and soldiers but the few that remained without a candle were visited by our students.

After a lunch break the students met in the office to process a little bit of what they had been through in the past 24 hours. During Memorial Day Israel is a completely different place than it is on any other day or holiday and judging by what I’ve learned from our students it is also different from Memorial Days in other countries. Some students experienced it here for the first time; standing still during a memorial siren, attending ceremonies, preparing ahead because everything is Day and hearing dozens of stories about those who fell defending our nation. We were all surprised by the willingness of the students to talk and share their thoughts and feelings. It was like they were just waiting for a platform to express their experience. We encourage you to ask them about these experiences as well!

The end of the Memorial Day for the Fallen Soldiers and Victims of Terror leads right into the opening of Independence Day. The staff invited all the students to the traditional Aardvark Independence BBQ on the Markolet Rooftop. Every Independence Day Israelis pull out their BBQs and grill all afternoon, so whether you like it or not you will smell a BBQ. Our Aardvark barbecue was fun and delicious. The students played music and we hung around on the rooftop porch eating hot dogs, hamburgers, chicken kababs, and an assortment of salads and chips. At the end of it there was a group dance with Kevin, Temima, Aaron, Pandora, and Sara L. They even taught some of the madrichim a new variation of the Cha Cha Slide.

This week has been a full one as well and I’ll share the details with you soon,
Adi 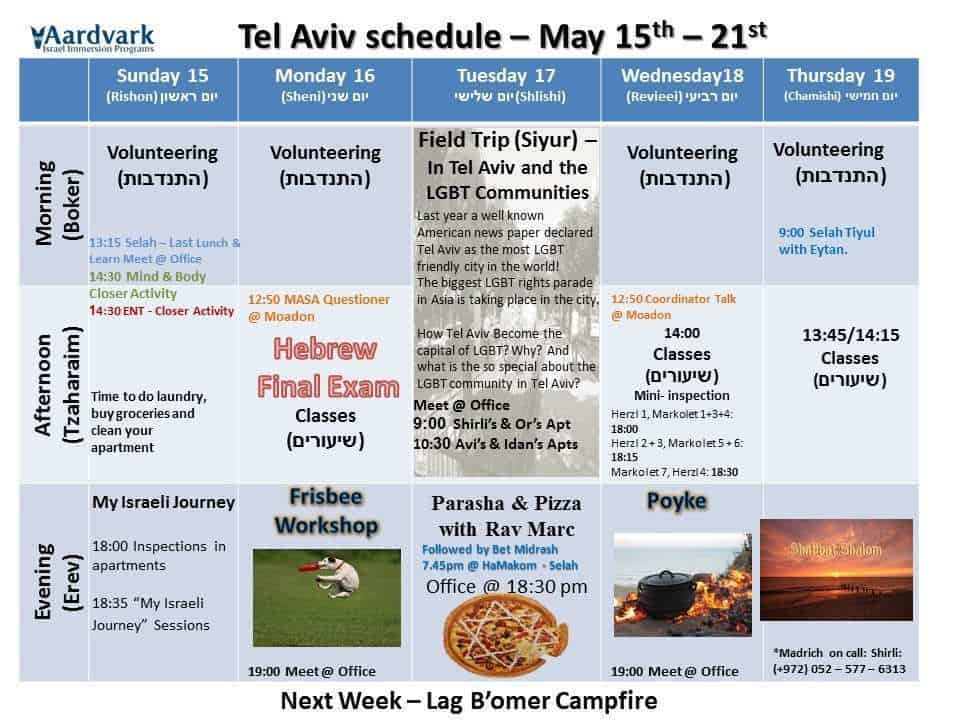 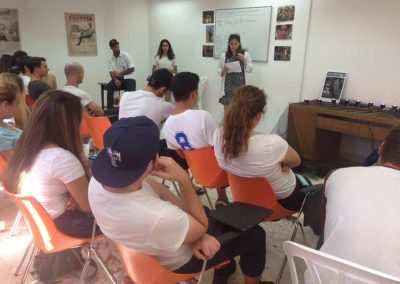 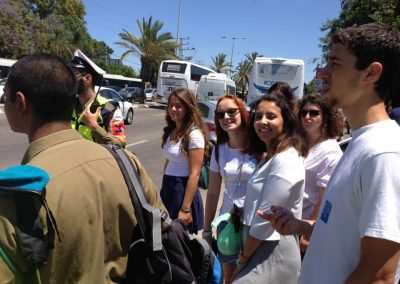 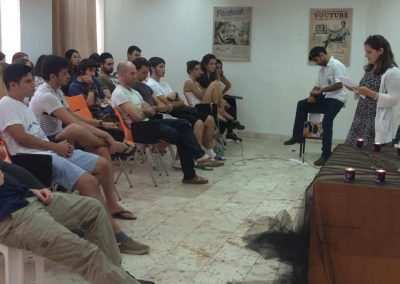 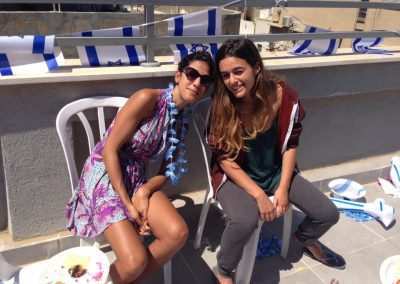 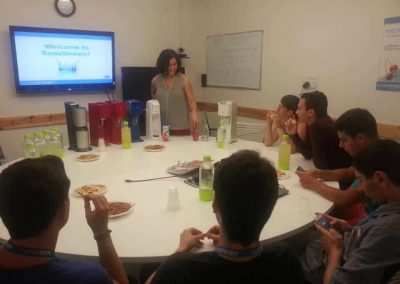 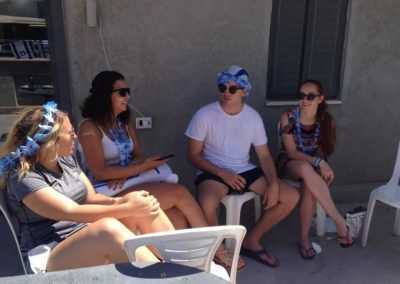 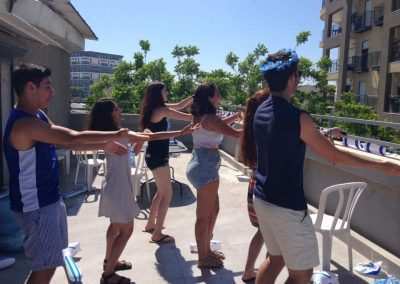 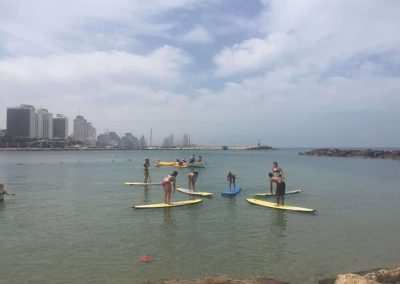 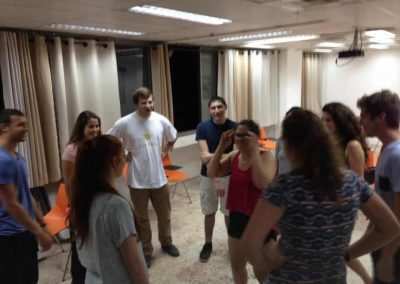 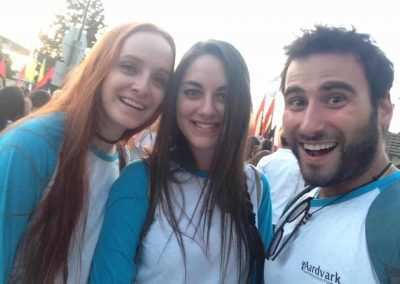 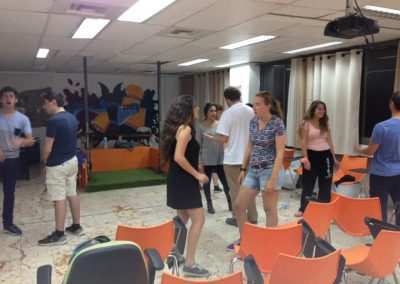 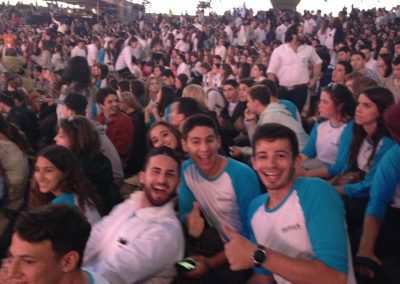 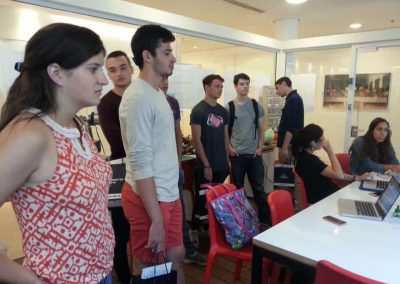 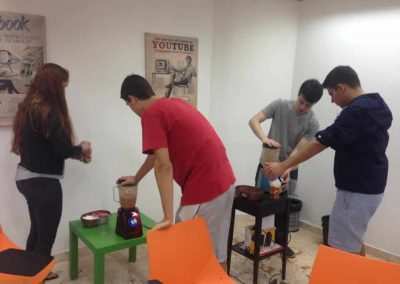 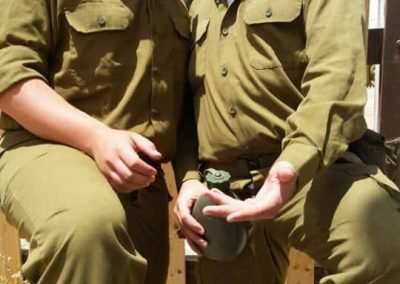 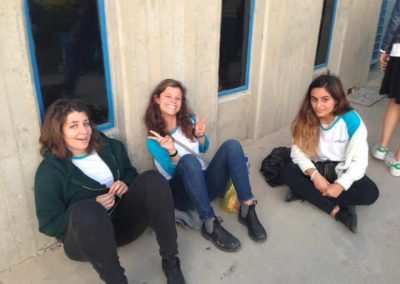 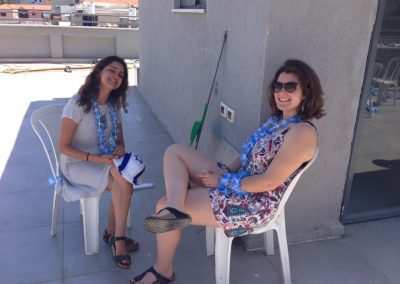 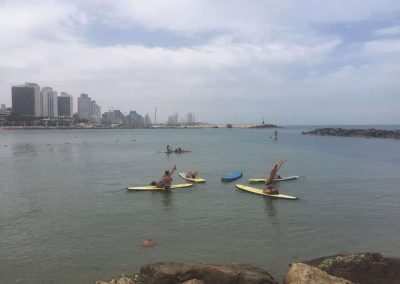 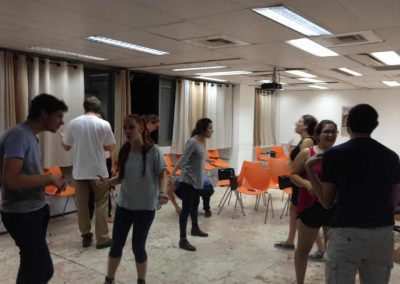 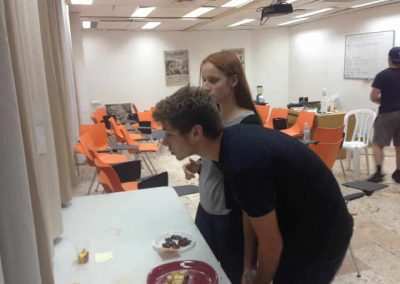 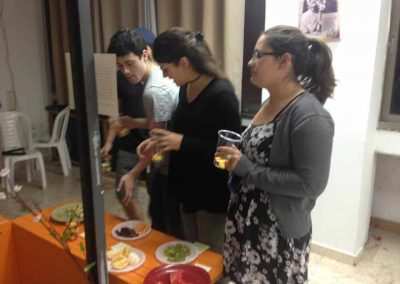 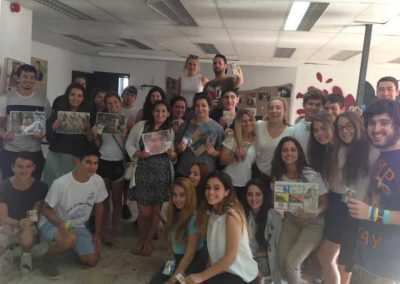 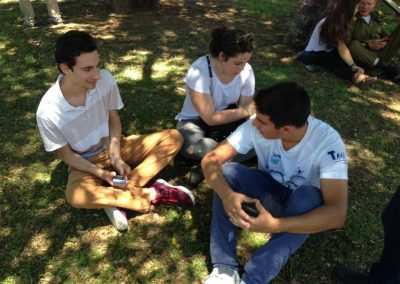