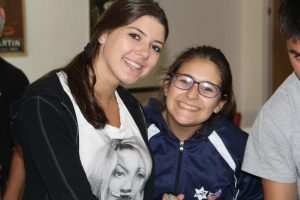 We are now approaching the last week of the first Semester and we are all starting to mentally prepare ourselves for the upcoming change.

On Sunday, we began the week by doing our first inventory with the madrichim going around the apartments and checking that all of the rooms’ property was still in place and (more importantly) functional. 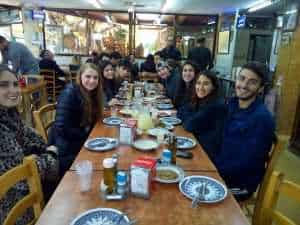 On Monday after our classes two of the girls, Ruthy and Sarah, coordinated a wonderful cheese tasting and cultural discussion event where we had some speed dating and it provided an opportunity for the students to get to know each other on a deeper level. I have to say that it was amazing to see how our students took initiative and managed to plan out a lovely evening for themselves by themselves after four months here. It really made me think to myself about how proud I am of all of them and how much they have progressed over the course of the semester. At the beginning of the semester, I had to really push them to participate, and now they not only attend events, but are even willing to organize their own events.

On Tuesday, we left Jerusalem and went to Abu Ghosh, a small friendly Arab village with allegedly the best hummus in all of Israel. We started our day with a talk from an Imam (the Muslim equivalent of a priest), who talked to us not only about Islam but also about the new mosque of Abu Ghosh. From there we went to speak with Na’amati, a Muslim Arab woman with a conservative background who grew up in a Christian environment. Na’amati’s message was that we must learn about each other and understand each other’s cultural and religious differences in order for there to be peace in the world. Eden T said that “the talk really gave me faith in peace and I felt very motivated to learn and appreciate not only the Muslim community but to also to better accept those that are different from me”. From there we went to a Lebanese Arab restaurant where we had delicious hummus with falafel and salads. For our last part of the Tiyul we visited a Crusader Church where we met with Father Olivier, a French priest who is also an Israeli citizen. He described himself as, “an Israeli Christian monk, living in an Arab village, in the Jewish state”. It was a very nice last official Tiyul for the semester and it was beautiful to see how interested the students were in accepting others of different backgrounds and beliefs. 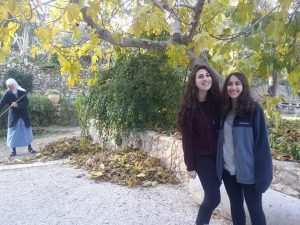 On Wednesday during the Contemporary Politics class we discussed the settlements, and Rabbi Marc brought in a large map and explained to us in more depth Areas A, B, and C, Eastern Jerusalem, the security fence, and so on. Shira said that “it is very important to learn more about the details of a topic that is so commonly discussed but that most people don’t know very much about”.

We finished this week on Thursday, December 31st, and we hope that everyone has a Happy New Year.