The first month of our program has come to an end, and it has been a very successful month. The vibe here at Aardvark Jerusalem is becoming very family-like and it is a lot of fun. The participation of our students in the various activities, the challenges they face in their internships and the bonds they create between themselves are huge contributors to the success of this semester.

On Sunday evening at the apartment meetings, we prepared delicious chocolate desserts using melted chocolate and biscuits, but with a twist – each student had some sort of disability: either being unable to walk, see, or use their hands. The students worked together with amazing teamwork to follow the instructions successfully and the result was worth the effort. This activity showed us that even though each one of us has some weaknesses, we also have our strengths and when we work together, we achieve every goal we set.

(Very) Late on Sunday night some of the students staying up to watch the Super Bowl! Congratulations to the Kansas City Chiefs!

On Monday night, we headed out to Jerusalem’s annual Winter Festival. The festival takes place every Monday in Jerusalem during the month of February. There are street vendors, live music, comedians, video art, etc. The students enjoyed walking around and seeing Jerusalem with new eyes and a different part of the city.

On Tuesday, we went on a trip to Gush Etzion located in the West Bank. We started the day by visiting “Roots”, an organization devoted to the coexistence between Jewish settlers and Palestinians in the West Bank. We listened to two different people and their viewpoints, one is an American Jew that made Aliyah and came to live here and the other is a Palestinian who grew up in the West Bank. Hearing from both of them opened us up to different perspectives and their idea of the solution to the Arab-Israeli conflict. From there we went on a hike of “Derech HaAvot” – The Road of the Patriarchs, a route that was used in ancient times to visit Jerusalem. We passed an ancient mikvah and a roman milestone and heard about their uses during that era. From there we reached an observation point which was built in memory of the three boys who were kidnapped and murdered in 2014, and heard a recorded explanation about those events. We kept walking and we reached The Lone Oak, a 700-year-old oak tree, where we heard about the history of the land of Gush Etzion and the events that took place there.

We finished the day by walking up to “Mitzpe HaElef”, the highest point in the area, a 1,000-meter high lookout with a view of Gush Etzion and the surrounding area. We heard an explanation about the geography and history of the area.

Women of the Wall not only seeks empowerment in group prayer and Torah reading at our most sacred site, but also strives for recognition of the prayer service by the legal and religious Israeli authorities, for the sake of all Jewish women. The group, with a membership that is not only multi-denominational but spans the political spectrum, embodies a message of tolerance and pluralism.

For information about joining them at the Kotel for Rosh Chodesh services, click here to watch a video of the Women of the Wall.

One student said, “We had the privilege of listening to Tami, one of the incredible leaders from Women of the Wall. During her presentation, we learned about the ongoing struggles facing women in Judaism and in particular with regard to women’s rights praying at the Western Wall. We learned that until very recently women were barred from wearing Tallit or wrapping Tefillin at the wall and still struggle to have a single Torah from which they can pray from.  This was one of the most meaningful programs we’ve had this year as it truly forced us, as Jews, to reconcile the fact that there are aspects of Israel that are blatantly sexist and discriminatory. I personally am inspired to join the Women of the Wall at their next Rosh Chodesh group because I fully believe in their mission to fight for the rights of women being able to pray freely at the holiest site for the Jewish people.”

This week in Parasha & Pizza: In this week’s Parsha and Pizza with Rabbi Josh, we had a lively and informative discussion on a variety of topics that relate to Judaism in the Modern Age. We specifically explored the concept of feminism in the Jewish tradition, which led to a broader discussion on tradition and innovation in Jewish practice. The students brought up a lot of good points and discussions from their Tiyul on Tuesday and the talk from Women of the Wall, and were truly able to connect all the topics this week and hear many different points of view.

On Thursday morning, our students going to Ethiopia as part of the International Add-On departed for the trip; and we wish them a safe and amazing journey! We can’t wait to hear all about their trip!

Internship in the Spotlight: My name is Naomi Beary and I volunteer at Toddler Town. I’m so happy to be working at such an amazing gan, even though I’m working with little children I still learn new things every day.  I’ve always loved working with children and even though I don’t want to have a career doing so, I still love taking care of them. At Toddler Town, they really make me feel part of the team, by giving me opportunities to interact with the children not just as a volunteer but as an actual teacher. When I’m there I feel like I’m making connections with the children even though they’re so young, they teach me things and I teach them things. It’s only been about 4 weeks and they are already so comfortable with me, giving me hugs when I walk in, talking to me when something is wrong, and asking if I can play with them. I am so grateful that I’m able to work here!

Next week, we will be volunteering with the Hashomer Hachadash for the holiday of Tu B’shvat and we will be facing our fears and going to Crazy Mary Horror Maze, and that’s only the beginning! 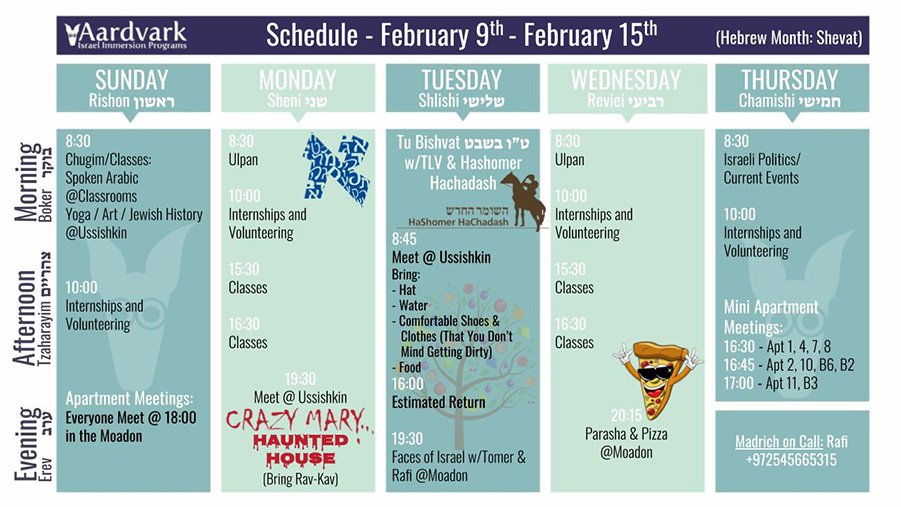 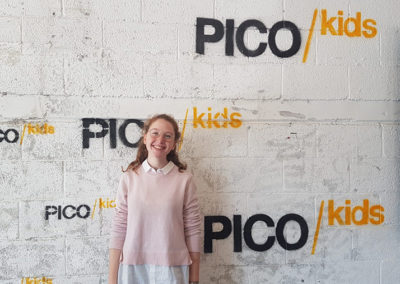 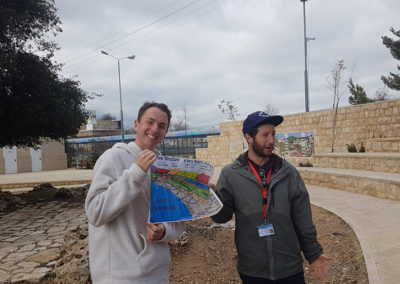 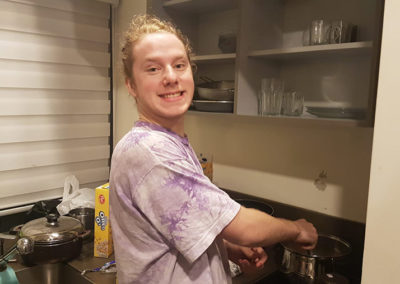 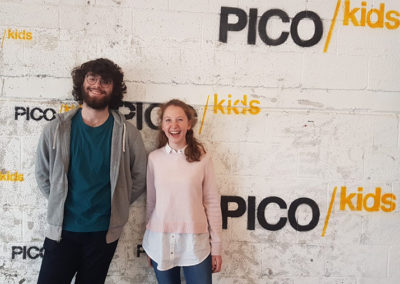 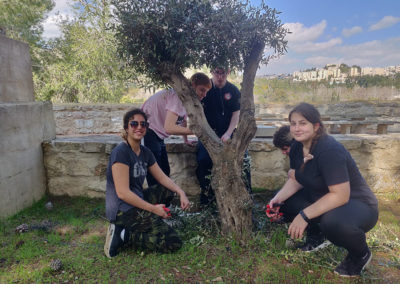 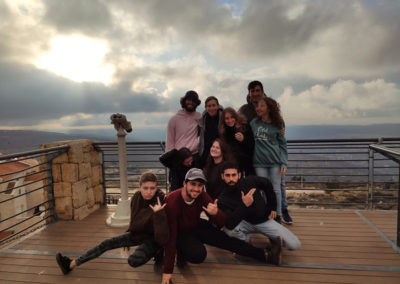 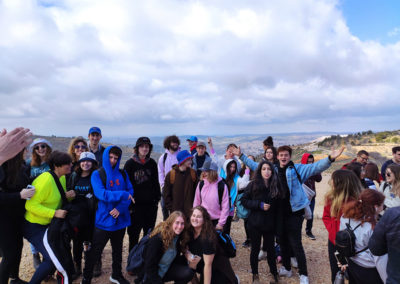 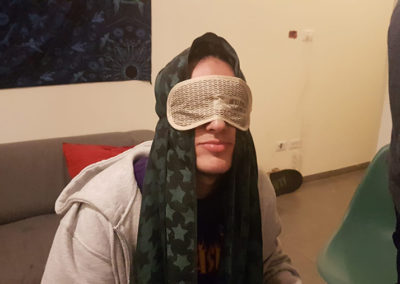 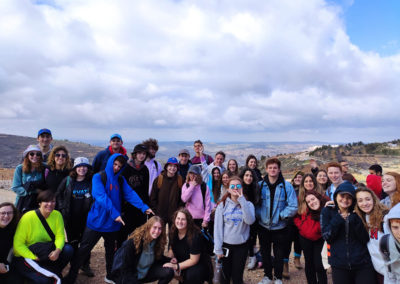 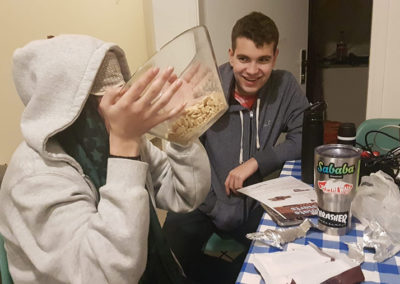 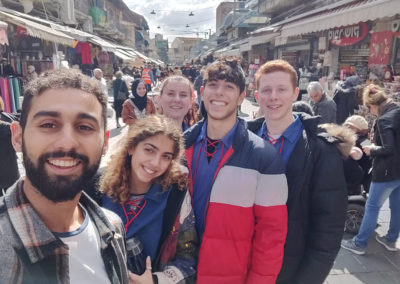 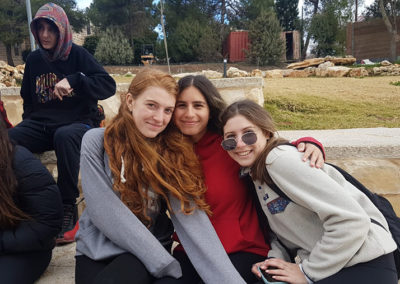 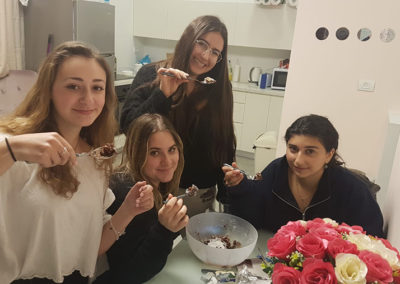