This week winter arrived in full force! Rain, hail, and even a little snow. Not enough to make a snowman, but a light dusting. However, despite the weather, it’s been a busy week for our students and they are settling in well to the program’s routine.

On Sunday morning, we began the week with a new learning program. It is “Chugim” such as Yoga, Arabic, Art, life skills, and Jewish History. As soon as the weather gets nicer, our students will be able to do yoga on our rooftop overlooking Nachlaot and they are very much looking forward to it.

After the chugim, our students went to their internships and volunteering placements. The students then had free time to clean their apartments, go grocery shopping, cook dinner and do laundry.

This week, we focused on beginning the process of becoming good roommates and setting down ground rules and expectations. Each apartment had time to talk about what they expect of each other and their shared life as roommates. To conclude the conversation each apartment chose a few words that express the core values they want to live by in the apartment and wrote them down on a decorative piece that will go up in their apartments.

On Monday evening, we offered bowling as an optional evening activity and it was so much fun that the students already want to go bowling together again. It was really nice to see another neighborhood in Jerusalem and explore more parts of the city.

Luli Portnoy said, “I loved bowling with my friends from first semester and my new friends from this semester. What a great bonding experience!”

On Tuesday, despite the rain and cold, we went on a Graffiti Tour in the Nachlaot neighbourhood in Jerusalem and learned about the city’s fabulous street art. Through art, we learned more about the political situation in the country and the different opinions held by people in this diverse city.

After a break for lunch, we took the students to one of the most beautiful neighborhoods in Jerusalem, Mishkenot Sha’ananim. Mishkanot was the first neighborhood built outside of the walls of the Old City. An actor named Ariel led the tour and during it, he took on the role of many different characters. First he was Sir Moses Haim Montefiore, 1st Baronet (24 October 1784 – 28 July 1885) who was a British financier and banker, activist, philanthropist and Sheriff of London. Montefiore was born to an Italian Jewish family; he donated large sums of money to promote industry, business, economic development, education and health among the Jewish community in Palestine, including the founding of Mishkenot Sha’ananim in 1860, the first settlement of the New Yishuv. As President of the Board of Deputies of British Jews, his correspondence with the British consul in Damascus, Charles Henry Churchill from 1841 to 42, is seen as pivotal to the development of Proto-Zionism. Next the actor became an old woman from Tripoli and for his final performance, he transformed into a Yemenite Jew who lived in the neighborhood, close to the Jordanian border, during the Six Day War. He spoke about the deep tensions on both sides of the border during that time.

On Tuesday evening, after a day in the rain, the Madrichim turned the Moadon into a movie theatre and everyone cuddled inside with their blankets and pillows. Popcorn and hot chocolate with marshmallows were served and were much appreciated. What a perfect and warm way to end the coldest day in Jerusalem this winter.

On Wednesday morning, the few students who still haven’t begun their internships, went and volunteered at the local soup kitchen, providing hot food for some of the city’s less fortunate. Some of the students really enjoyed the feeling of giving back, and have requested to do this more often! We are so proud of the students.

This week in Parasha & Pizza, the students spoke with Rabbi Josh about Jewish traditions and values and the importance of them in our day to day lives. The students enjoy using this time each week to ask Rabbi Josh, our campus Rabbi, the questions they may have about Judaism and more!

Thursday, was the 75th anniversary of the liberation of Auschwitz. Heads of State from Europe, North America and Australia converged at Yad Vashem, the World Holocaust Remembrance Center, for the Fifth World Holocaust Forum. This historic event takes place against the background of the rise in hateful and violent expressions of antisemitism, especially in Europe. Given this alarming situation, efforts to educate about the dangers of antisemitism, racism and xenophobia and foster Holocaust commemoration, education and research have made this event more crucial and relevant than ever.

Two of our students, Carmel Madadshahi and Hannah Hepner, intern at the Jerusalem Post and were sent out to the streets to interview the residents of Jerusalem about today. Here is their article.

Internship in the Spotlight: Hi I’m Carolina Hirshfield! I couldn’t be more thankful for the opportunity that Aardvark has found for me to be working with children and horses at Havat Amir. I’ve worked with kids from all different backgrounds for years, and my love for horses stretches far beyond being an equestrian, so this internship was a perfect match. At the barn, the volunteers welcome autistic children for therapeutic riding lessons, and seeing the joy the kids have when they ride makes the hard work worth every moment. Apart from the work, I feel like I have fit right into the barn life and it’s as if I’ve known both the girls and horses forever. To continue working with both kids and horses within the same environment is such an inspiring and transforming experience, and I’m lucky that I get to be a part of it. 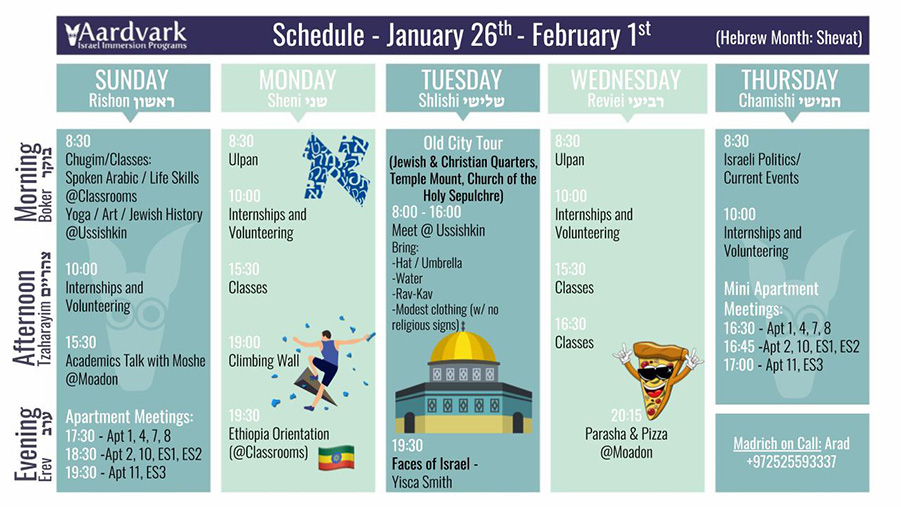 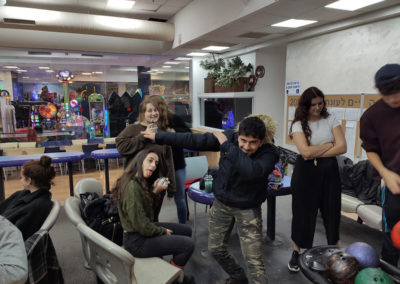 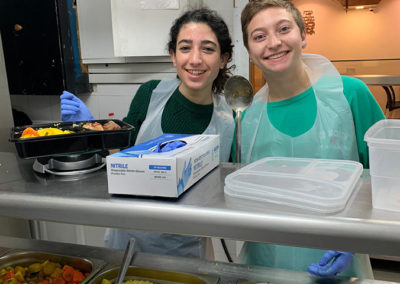 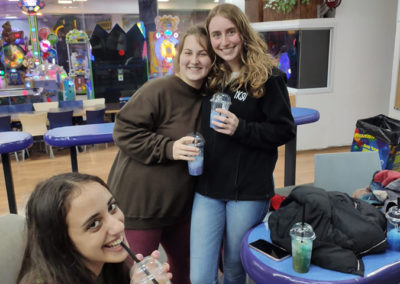 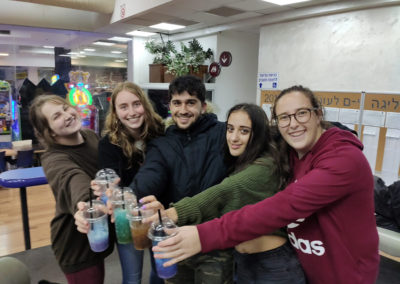 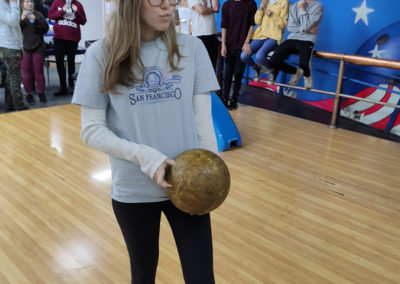 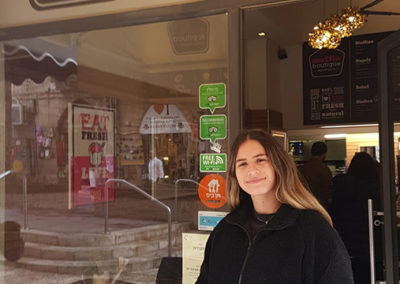 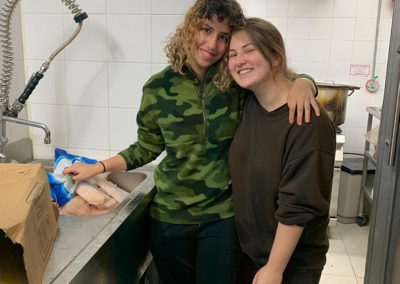 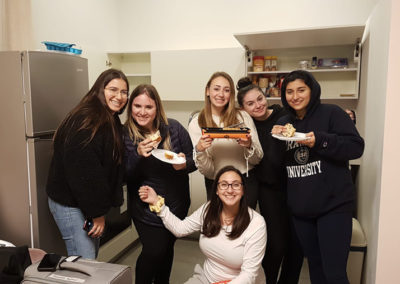 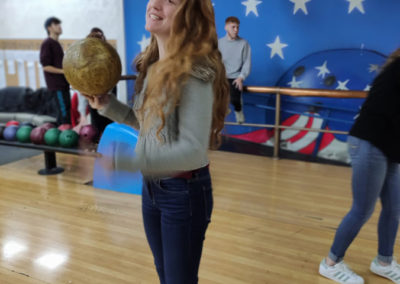 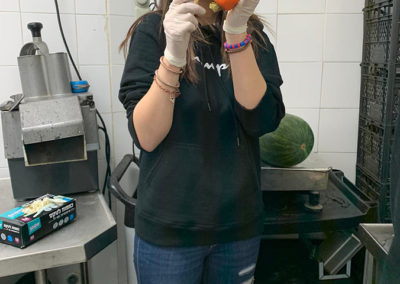