The middle of November is here and it’s finally starting to feel like winter. The skies are often grey and warm clothing is being unpacked from the back of the closet. However, despite the cold, our activities are in full swing!

Sunday evening, we left for the Old City and the archaeological site at the City of David. We had a tour of the site and heard all about the history of the place. We then saw the “Hallelujah” light show that is projected over the remains and tells the tale of the rebuilding of Jerusalem in old times, by Nehemiah, after its destruction.

Nehemiah was a Minister in the Persian Kingdom of Artaxerxes. He was the leader of the Jews during the Second Temple period and managed to rebuild the city while coping with domestic difficulties and foreign enemies. We saw the remains come to life and change over time from rubble to a thriving and prospering city. It was truly a spectacular and educating show.

Jono Levit said, “We were led into a cave where we were handed headphones and brought down a windy set of stairs leading to an amphitheatre. We sat down in the amphitheatre facing a stone slope. Five minutes later the light show came to life and the stone wall disappeared. The story of Jerusalem was illustrated through beautiful projections, flashing lights, and a variety of music. The activity was a great way to spend the evening and I had a great time learning about Jerusalem while being surrounded by Jerusalem’s history.”

Monday Evening, the apartments split with their Madrich for a fun activity. Each group had an envelope with over a hundred different characters, both fictional and real.

In the first round, each student grabbed pieces of paper from the envelope and had 1 minute to get the rest of the group to guess the word or phrase that is on the paper.  They could not use any hand gestures — only words. They couldn’t say any of the words that are on the paper. The goal is to get as many characters as possible in the allotted time.

In the second round, the students had to use the same words but this time they were only allowed to use one word to describe it.

We finished off with a competition round. We split up into two teams and they faced off in a round of charades, trying to guess as many characters as possible.

On Tuesday’s Tiyul, we took the students to one of the most beautiful neighbourhoods in Jerusalem called, Mishkenot Shananim, which was the first neighbourhood built outside of the walls of the Old City. The tour was led by an actor named Ariel who enacted different historical characters throughout. First he was Sir Moses Haim Montefiore, 1st Baronet (24 October 1784 – 28 July 1885), a British financier and banker, activist, philanthropist and Sheriff of London. Montefiore, who was born to an Italian Jewish family, donated large sums of money to promote industry, business, economic development, education, and health among the Jewish community in Palestine, which included funds for the creation of Mishkenot Sha’ananim in 1860, which at the time, was the first settlement of the New Yishuv. As President of the Board of Deputies of British Jews, his correspondence with the British consul in Damascus with Charles Henry Churchill in 1841–42 was pivotal to the development of Proto-Zionism. Next, the actor turned into an old woman from Tripoli and for his final performance, he transformed into a Yemenite Jew who once lived in the neighbourhood, close to the Jordanian border, during the Six Day War. He spoke about the deep tensions on both sides of the border during that time.

Tuesday Evening, we went on a tour, led by Rabbi Josh in the neighbourhood of Mea Sha’arim, an ultra-orthodox closed community in the centre of Jerusalem. Throughout the tour, we saw the lifestyle of the people who live there. We learned that their main way of communication is through “pashkavilim”, which are like posters or flyers in black and white with different messages and information that are placed on walls throughout the neighbourhood. On the way we made a stop in a nice small deli and ate delicious Kugel, a baked pudding or casserole, most commonly made from egg noodles (lokshen kugel) or potato, it is a traditional Ashkenazi Jewish dish. We then headed back to the classrooms and had an interesting conversation with Rabbi Josh about the community and its history, their place in Israeli society and some of the conflicts around it. It was an eye-opening and interesting tour that showed us another aspect of Israeli society that we didn’t know about before.

Eli Klausner said, “Tuesday night, we travelled to Meah Shearim, in Jerusalem. We started the evening with a quick meeting about where we were headed and security information – what to do and when. We then walked to Meah Shearim, and toured around a while. On the tour, we learned about Hassidic communities in Israel and their secluded lifestyle. One interesting thing we learned is each of their communities is different in some aspect, whether it is the amount of feathers in their hats or fabric in their pants, there is always a difference. We then went to a shop and ate kugel. Afterward we gathered at our classrooms and reflected on what was learned and how we felt about a major issue in Israel, the army. Understanding their narrative gave us a better understanding of how they live their everyday life. All in all, we got to learn about a culture you never give much thought to and got to eat kugel, best Tiyul Tuesday night by far!!!”

This week on Selah: “This week in Selah we visited the Hebrew Music Museum in Jerusalem. We looked at instruments from all over the world dating back to ancient times and even got a chance to play some of them. We saw the origins of classic instruments such as the piano and guitar, which was really interesting. After looking at the instruments, we took a VR tour of the Beit Hamikdash where we saw the daily happenings inside the courtyard and the temple. To finish off the day we had a drum circle where we collaborated to create a piece of music where every person had a unique part that blended together to make a beat. The tour was an amazing insight into the rich history of music in cultures all over the world and all throughout time.” – Moshe Goldsmith

Internship in the Spotlight: Hi! My name is Ellior Horowitz and for the fall semester, I have been interning at Argos Veterinary Clinic. I have wanted to be a veterinarian for my entire life and Aardvark has given me the amazing opportunity to gain work experience in the career of my dreams. In America, I would not be given this chance but in Israel, on Aardvarks program, I am able to learn on the job of what it takes to be a veterinarian. My employers are very helpful and explain what goes on in the workplace. They have shown me x-rays and taught me how to give vaccinations to cats, as well as allowing me to observe surgeries on animals. I have even participated in a surgical procedure, watching a dog’s breath while it was under anaesthesia. This internship has really made an impact on me and made my time in Israel exceptional. Aardvark has allowed me to live like a local, and work the way I want.

In addition, over the next month, our recruiting team, Simon, Shani and Gal, will be travelling around North America and London recruiting for next year. If you know people who might be interested, then please ask them to contact us to set up a meeting.  See attached fliers for the cities we will be visiting in the USA. Furthermore, Simon will be visiting Vancouver at the end of November and London at the beginning of December.

Next week, we will be making Hanukiot for Chanukah out of clay, visiting Abu Gosh, learning about the Ethiopian Aliyah to Israel, and our main event: Thanksgiving Dinner as an Aardvark Jerusalem Family! In addition, next Shabbat our Selah group will be having a Shabbaton at Hanaton! 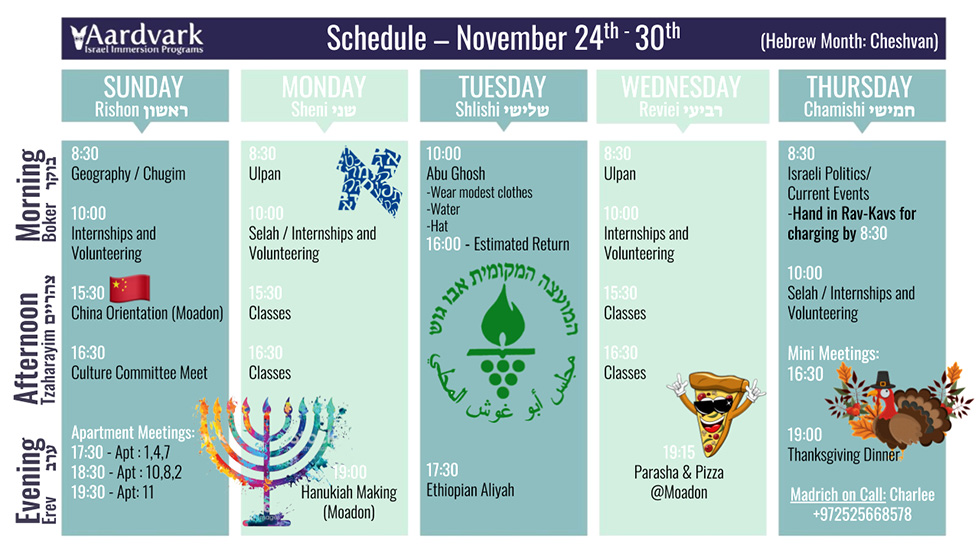 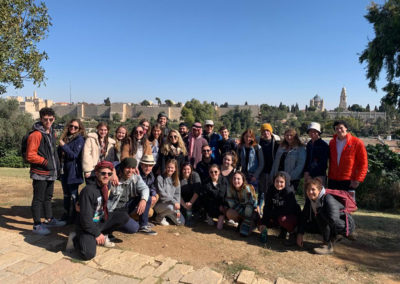 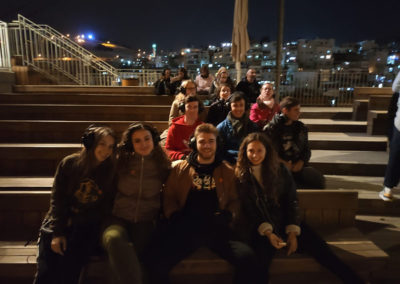 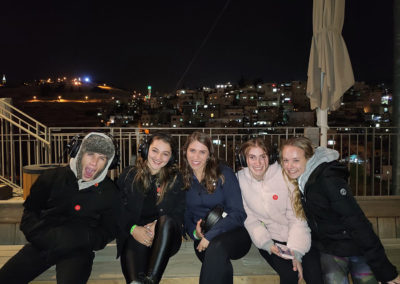 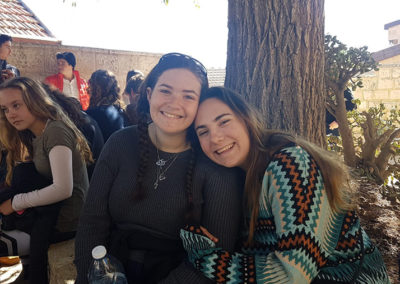 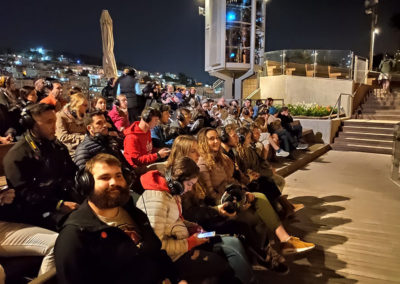 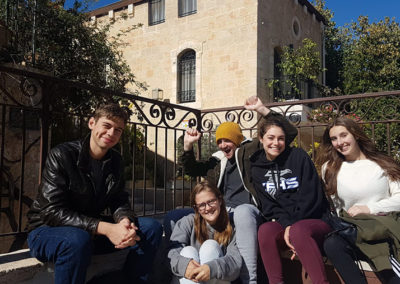 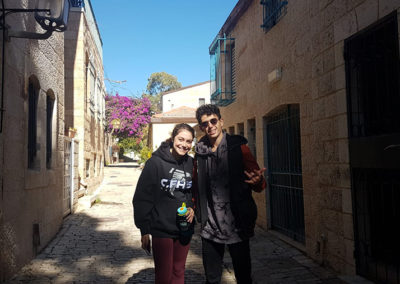 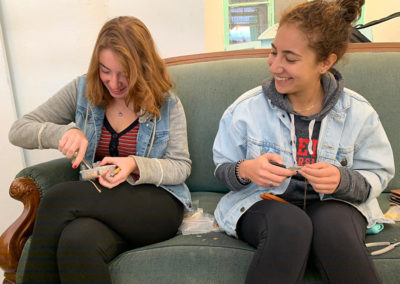 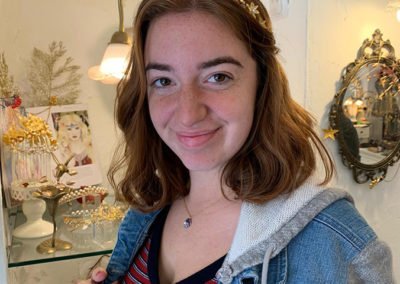 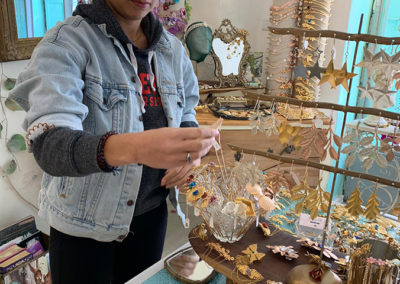 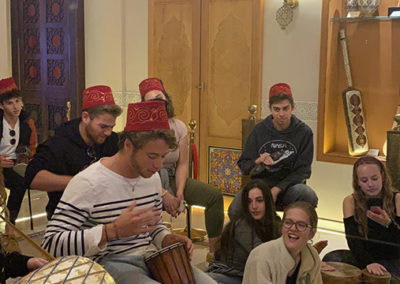 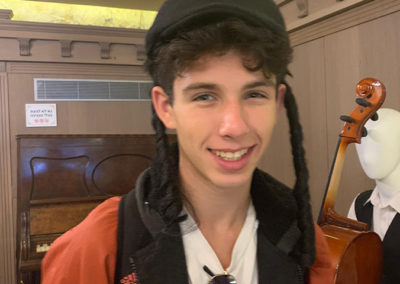 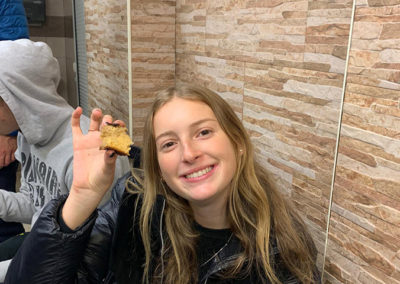 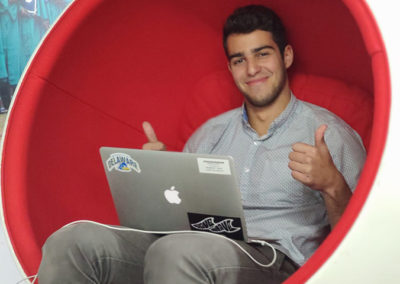 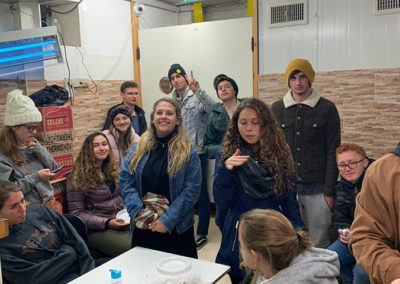