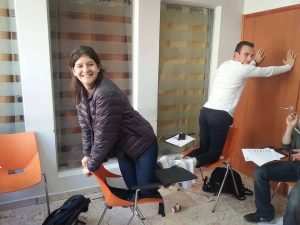 March has arrived together with spring. All week long the sun was out and making us sweat (except for today). T-shirts and shorts came out of the closets and a whole new season is beginning.

On Sunday, instead of the regular apartment meeting, the madrichim gathered their students in one apartment (each madrich with his own students, after they had checked that the apartment is clean) and started an activity called “My Israeli Journey“.

My Israeli Journey sessions will take place twice a month as an apartment meeting. The purpose of these sessions is to give the students an opportunity to reflect, communicate, and make decisions about their journey here. Those participating in the activities find the opportunity extremely helpful and it gives them space to process their experience as it unfolds.

I don’t know exactly what cleaning skills your children had before coming to Aardvark but, they all pass the inspection easily now! (We still have a few students that need some extra help but the majority are on top of it!) Here in Israel we don’t use a mop like most places around the globe, we use a squeegee and a rag and, while it took some time, I’m happy to announce that most of the students now clean their apartments like a native Israeli! 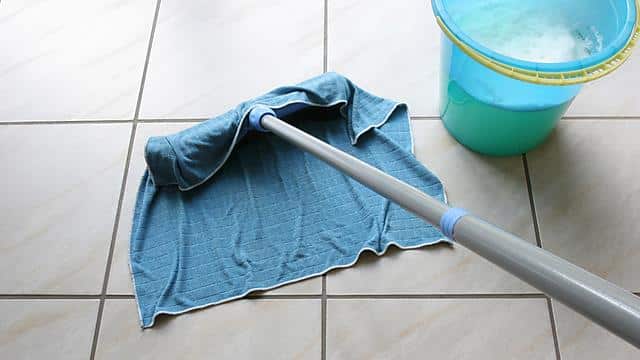 On Monday evening, at the request of the students, we went as a group to a Fundraising event for “Save A Child’s Heart”. We gathered in a nice bar in the north of Tel Aviv to help reach their campaign goal of raising $120,000 in order to save the lives of an 8 more children. Of the money raised 40% is going directly to Save A Child’s Heart and there is also an outside donor who matched every donation and purchase made that night.

On Tuesday the students went to the beautiful ancient Port of Caesarea with its yellow brick theater and hippodrome that looks out to the vast blue ocean. The students listened to ancient stories about horse races and gladiators. Tracy Sher and Aaron Glenn were given the chance to let loose their vocal abilities and take a bow on a stage thousands of years old. The students also enjoyed an experience that sent chills down their spines, not just from the cold water, but also from the chisel marks on the stones in the underground water systems of the ancient world. They walked in the footsteps of Romans from two thousand years ago and through tunnels which still carry water today. 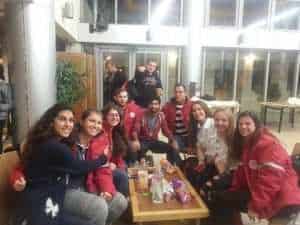 Later that day at Parsha and Pizza Rabbi Marc discussed the Torah portion of Vayakhel in which Moshe gathered everyone together to tell them about Shabbat. We asked why Moshe had to interrupt the building of the Mishkan to do this, especially as they had already been told about Shabbat whilst wandering in the desert and when receiving the Ten Commandments. The answer is that the people were so busy building the Mishkan, a huge national project, that they were at risk of forgetting God and losing perspective so Moshe needed to remind them. From this we learned that Shabbat is more important than building the Mishkan and this is the source for the list of 39 creative actions (Melachot) that are prohibited on Shabbat.

On Wednesday evening Avi and Hagai (the Jerusalem madrich) took the students to see an Israeli soccer game. It is quite the experience! Thousands of people inside the big soccer stadium of Tel Aviv (Bloomfield Stadium). The game was Maccabi Tel Aviv against Hapoel Cfar Saba. The students were so excited to be part of this – cheering, yelling at the referee about his decisions and jumping around to the sound of the huge Maccabi drum. If you haven’t been to a soccer game in Israel you should do it (just be sure that you know which one to go to, there are some you would not want to be at). 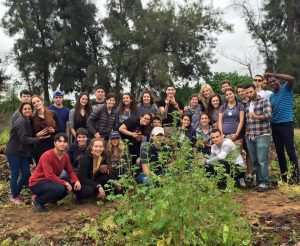 On Thursday morning, instead of going to the daily internships and volunteering, the group came together for a group volunteering activity at “Leket“. The students went to pick beets in a field. The concept here is right out of the bible and involves “gleaning”. The food that the students pick goes directly to families in need that can’t buy their own. A.D. Gordon spoke about the conquest of labor and claimed that the redemption of the soil will be the redemption of the Jewish people. Gordon would have been very impressed with some of our students that put all their energy into fulfilling the Zionist dream of Jewish hands working the ground.

Later on that day the students gave a “Personal Speech” in Hebrew classes. Each of them prepared a speech or a story in Hebrew related to their life. I asked the teachers if I could come along and hear them, and I’m pleased to say that they are actually speaking Hebrew! Although they are all at different levels it was clear how much they have all improved. Those of you that speak Hebrew fluently should test your child on the phone! 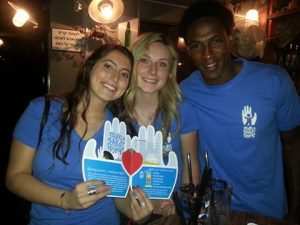 On the Entrepreneurship Track the students did a “Creative Thinking” workshop. In the workshop they were given problems and questions. The only way to solve the problems was to think outside the box. For example, the students were given a kit that contained an egg, papers, pens, rope, 3 balloons and duct tape. The goal was to throw the egg and everything attached to it from high ground without breaking the egg. Unfortunately, they all failed…

On Mind & Body the group met with Ifat, the coordinator of Natal. Natal is an NGO that focuses on providing help to Israelis suffering from post-traumatic stress disorder. A lot of the people this organization helps are from the area of Sderot which the group visited last week. The students were able to see how Nital works with sufferers of PTSD, a problem that is far too common in Israel.

This is all for now,
Shabbat Shalom to you all! 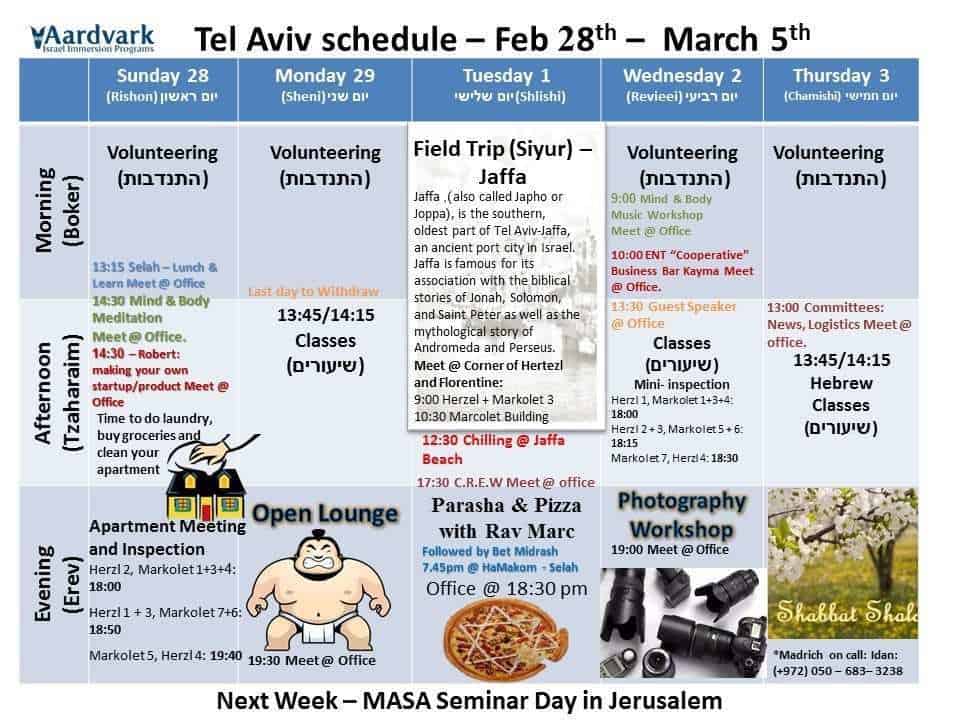