Since Adi left us here all alone for the holidays, I’ll be writing you the weekly newsletters in the next couple of weeks. I want to apologize for those of you that every week, since August 28th, are waiting for Thursday to come and bring Adi’s letter with it, packed with wonderful metaphors and descriptive images. It’s only for a few weeks.

So our week had only two days of Aardvark schedule due to Rosh Hashana break. On Sunday evening, the participants were scattered all over Israel in different holiday dinners. Alex Kaufman, Daniel, Michelle and Aaron Benson, for example, were invited by Dr. Mika Smith, one of our teachers, for her holiday dinner.

This time of the year is always very complicated schedule wise. The thing is, there is so much content and programming we want to push in the short weeks, in regards to the holidays, but there is so little time! So, this Wednesday was pretty different than our regular Wednesdays, we didn’t have classes but instead, the madrichim started the apartment meetings early and sent everyone to sleep before our night activity (I doubt that anyone actually used this time to sleep but it’s the thought that counts). After theoretically waking up from their nap, the group left with Rabbi Marc to a Slichot (forgiveness) Tour in Old Jaffa. The tour with Rabbi Marc was less of ‘synagogue hoping’ type of tour they usually do in Jerusalem, but more of a walking tour of old Jaffa as an opportunity for reflection. The title of this tour was ‘change’. Change is a motive that will come up many times during the holidays of Tishrei, just a heads up. In different stops across the city, Marc played different songs that talk about changing. Here is one example of a song Rabbi Marc played in the context of Yom Kippur: Elton John- Sorry seems to be the hardest word.

Today, classes took place as usual. We had offered our students the option to join the AACI (Association of Americans and Canadians in Israel) memorial ceremony in Jerusalem. The ceremony is meant to honor the American and Candian who died defending the state of Israel. Twelve of our students chose to join this ceremony.

We have another evening activity today. We had joined forces with an excellent hummus joint in Florentin, and they agreed to create a hummus-making workshop for our students in their restaurant. This activity will end with everyone eating hummus so, I believe a large number of our participants will show up for this one. We call ourselves an immersion program so we take hummus making and eating very seriously.

Attached, alongside the photos, you can find next week’s schedule. 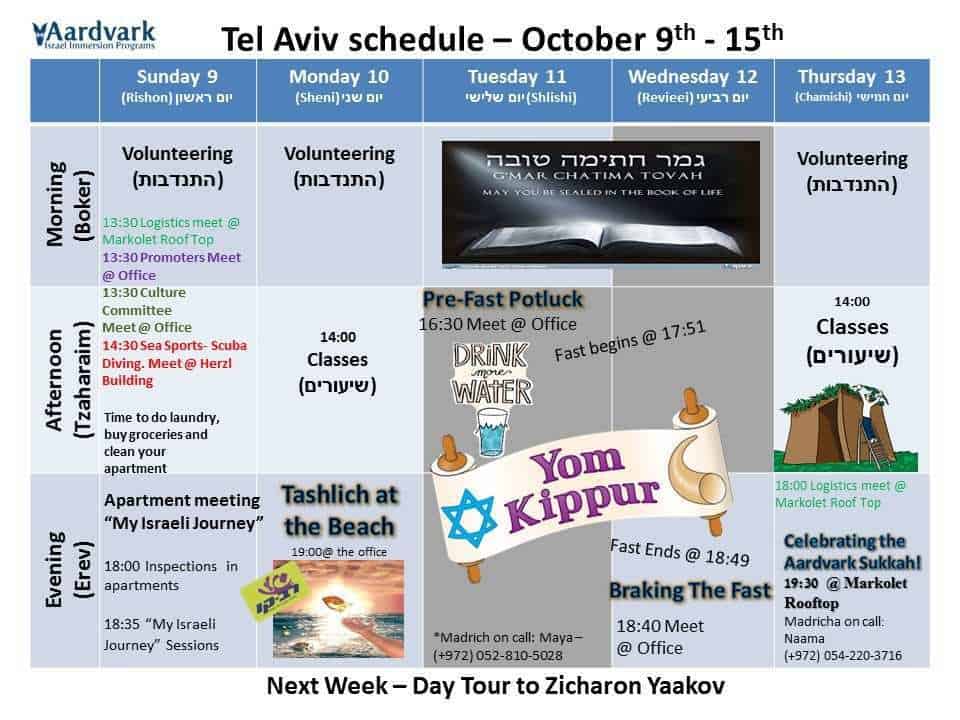 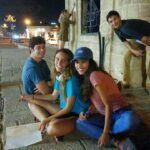 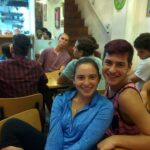 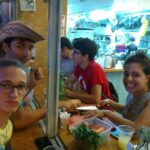 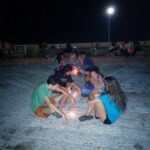 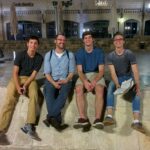 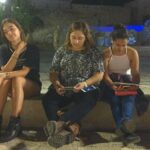 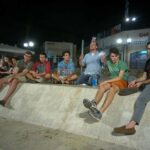 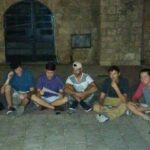 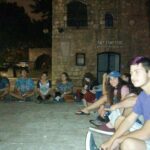 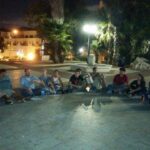