Israelis Who Made it Big in Hollywood 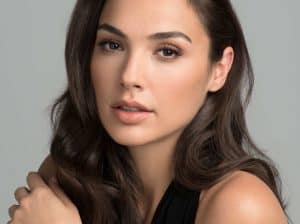 Recently the new Wonder Woman film was released with the leading role played by Israeli actress Gal Gadot. A huge amount of attention was given to the fact that Gal is an Israeli, but she is by no means the first person to have grown up in Israel and then made it big in the world of film.

Ayelet Zurer first rose to prominence outside of Israel when was cast in Steven Speilberg’s Munich before appearing in the 2008 thriller Vantage Point together with Dennis Quaid and Sigourney Weaver. Her success continued when she stared alongside Tom Hanks and Ewan McGregor in Angels & Demons. She then went on to play the leading female role in Chris Eyre’s 2011 film Hide Away. Most recently, she has appeared in a number of television series including Daredevil and Taken.

Another Israeli success story is Mili Avital. After growing up in Jerusalem, Avital moved to New York in 1993 to study acting and just one year later she was cast as the female lead in the film Stargate. From there she enjoyed parts in films such as Dead Man, Kissing a Fool, Polish Wedding, The Human Stain and When Do We Eat? She has also appeared in a number of television series such as the Emmy-nominated ABC miniseries Arabian Nights. More recently, she has enjoyed roles in shows such as Law & Order and Damages.

Not only Israeli women have enjoyed international acting careers. Aki Avni, born and raised in Rehovot, is certainly known around the world. After achieving critical acclaim for his performance in the 2002 film Time of Favor, he soon started landing major roles including that of Mohsen in the second season of the hit series 24. Since then he has been cast in a number of other television series and films and he continues to divide his time between the US and Israel.

Another extremely famous Israeli actress born in Jerusalem is Natalie Portman. She moved to the United States when she was just three year’s old but on numerous occasions has said that she feels most at home in Jerusalem. Portman’s first major role was in the 1994 film Leon. Since then her career has been a nonstop string of successful films including Star Wars Episode I, II & III, Closer, V for Vendetta, Black Swan, Thor: The Dark World and many more.

Lesser known as an Israeli is Brian George. George is another actor to have been born in Jerusalem and his family moved to London when he was just one year old before moving on to Canada. For many years, George was probably best known as Babu in Seinfeld but over the years he has racked up a huge number of television credits. In recent times, he is probably best known for playing the farther of Raj Koothrappali on The Big Bang Theory.

These are just a few of the Israelis to have made it big on our screens. Next time you switch on a television, keep an eye out on the credits and you might just spot a few of these names.