Starting the trip off early with a quick layover in Vienna, we arrived in Oslo ready to paint the city red and blue (get it? the colors of the Norway flag). Although we had a momentary scare when we thought Leah’s luggage was lost, it eventually arrived and we were on our way to the hotel.

We took a train to the central station, which was fairly quick and easy to find. The trains are beautiful and really clean, all of Oslo seems to be clean and kept. On our way to the hotel we stopped to have lunch. We sat in an Italian pizzeria called Mama Pizza. It was delicious and the waiter even treated us to free biscuits. The service here is extremely generous.

After a quick check in at the hotel, which is located in the center of everything. It’s literally on the busiest street and at the fingertips of all the major sites. We walked to the Nobel Peace Center which sits by the harbor. This picturesque setting was so serene, cold but serene. We toured the Nobel museum and learned about all the recipients as well as how the Nobel Prize came to be. More importantly we learned about the significance of the European Union and how it operates.

We continued to wander the streets which is probably the best way to explore any new city. We particularly admired the architecture of the buildings and we all agreed that Jerusalem could use a bit of a spruce in design. We then made our way to dinner at a restaurant called Fru Hagen. There we feasted on veggie burgers and chicken sandwiches, which were really tasty and filling. The server was extremely welcoming and friendly. Norwegians seem to be really friendly people. After the long day of travel and walking around we decided to call it a night but not before we sat in the dinning hall of the hotel for complimentary tea and hot chocolate.

Tomorrow we wake up early to continue this adventure in the crisp cold weather. 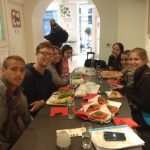 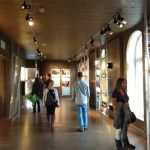 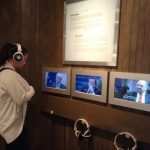 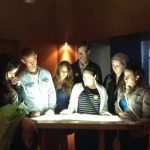 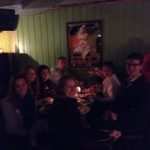 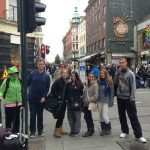 The day started on a serious note when we visited the Israeli embassy. We were fortunate to have a private meeting with the Ambassador who was very down to earth and interesting. They hosted us warmly and treated us to coffee, drinks, and refreshments. We felt welcome and enjoyed speaking with the Ambassador for over and hour. We learned that the Jewish population in Norway is less than 1500. While there is little Antisemitism here, Norwegians tend to sympathize with the Palestinians because they believe they are the underdog. After the educational and informative meeting we continued through the palace park to the National Gallery Museum.

At the museum we saw the famous Edvard Munch painting Scream. The museum was filled with other words by Munch and we spent almost 2 hours looking through all of the paintings. Outside the museum there was a deli so we decided to grab a quick lunch and then continued to the Norwegian Resistance Museum. It was incredible to learn about all the famous Jewish Norwegianpeople who fought against the Nazis. The museum is located inside this big fortress overlooking the water, which was used during WWII as Nazi headquarters. We left the museum to continue exploring the city and slowly make our way to the dinner show.

We took a tram, seriously so convenient I wish they had them in every city in Israel not just Jerusalem, to the area where the dinner show was. The show was one of the most entertaining and hilarious performances we have all ever seen. The waiters are also the singers and dancers and in between courses perform on stage. Even though they spoke in Norwegian, they sang English songs so we were able to sing along. Zach took it a step further and got up on stage and started dancing. He was quickly asked to get off the stage for safety reasons, but worry or, we got it all on video. ‘Til tomorrow…. 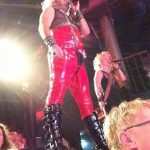 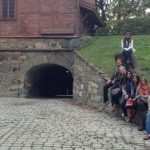 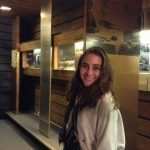 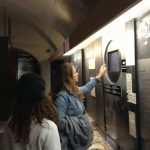 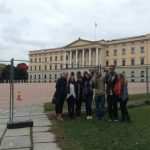 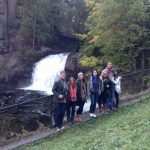 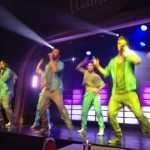 In the freezing cold weather we headed to the Bygdoy peninsula by ferry. Bygdoy is in the western part of Oslo and houses some of the most popular museums in Norway. It is a beautiful neighborhood that has architectural character and beautiful walking paths. We first visited the Fram Museum, named after the Fram ship expedition to the South Pole. We were able to board the ship and see how the expedition scientist lived while in journey. Led by explorer Fridtjof Nansen, the ship was the first to travel through the Arctic Ocean and reach the pole.

We then walked across the street to the Kon Tiki Museum. Kon tiki was a raft built in 1947 by Norwegian explorer Thor Heyerdahl who sought to prove that people in South America discovered the Polyneisan Islands before Christopher Columbus did and they did so with simple rafts. The Kon Tiki expedition used a raft made from balsa tree trunks and other materials only available during the time before Columbus.

After the museum we stopped for lunch at our next museum, the Norwegian Folk museum. This was a mini village chronicling the development of Norwegian lifestyle. From dress to art to architecture, the museum walks you through all the different times. The outdoor cabins were particularly interesting to see. Shortly after we finished there we continued to the Viking Ship museum.

The Viking ship museum was something truly unique. We were able to see three real viking ships that were excavated in the early 1900s. They dated back to 800 AD and remained fairly in tact. Vikings lived in the Scandinavian countries of Noway, Sweden and Denmark throughout 500-900 AD. It is from their artifacts such as clothes and silks that we learn how to crochet and embroider.

The last museum was the Holocaust Memorial Center which commemorates the Norweigen Jews who perished in the war. As always, these types of museums are difficult to see. But we will never forget!

After taking the ferry back to Oslo center we went to dinner at a super trendy and hip Indian restaurant called ketchup and Curry. We practically inhailed our food and we all agreed that it was so delicious and filling. We returned to the hotel early to pack and get ready for tomorrow. 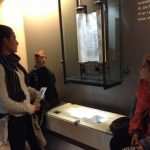 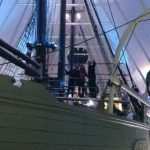 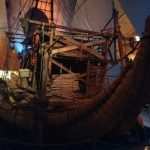 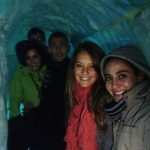 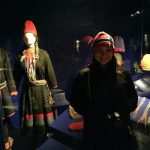 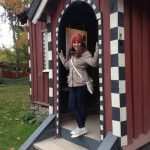 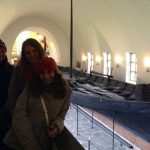 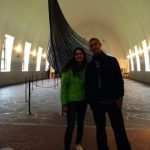 Due to a hectic day of adventures and traveling, this update comes a bit late. Saturday began very early for us, at 6:30 am to be precise. We left for what’s called “Norway in a Nutshell,” which is a traveling adventure from Oslo to Bergen. As you make your way west across the country you transport by trains, boats, and busses.

We started by train to the city of Myrdal where from there we quickly took an old fashioned locomotive to the villege of Flam. The 20 something kilometer journey from Myrdal to Flam is one of the steepest railways in the world. The scenic route is truly magnificent.

From Flam we took a boat to Gudvagen. While it was quite cold on the open boat, the views of the Fjord valley are breathtaking.

From there we took a bus to the village of Voss. Surrounded by snow-capped mountains, this area is quite close to Bergen and is known for it’s majestic waterfall.

We arrived in Bergen tired, to say the least, but extremely glad we were able to see such wonderful natural and scenic areas of Norway. We had a quick dinner and waited in our hostel to leave for the airport since our flight was at 6 am. We landed earlier today and the kids went directly to kibbutz Keturah to meet their fellow participants for a three days trip. The fun never stops with Aardvark 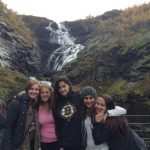 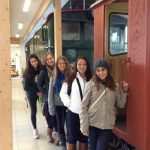 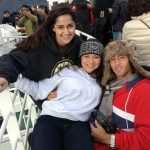 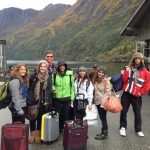 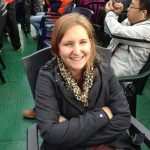