I hope your week was as eventful and as much fun as ours! 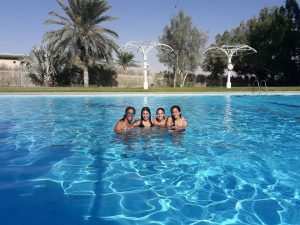 The biggest highlight of our week was our annual 3-day Ketura Seminar. On Tuesday morning, bright and early at 6:00 am, we departed for Kibbutz Ketura which is located in southern Israel in the Arava desert, about 30 min north of Eilat, Israel’s southern most city. Click here to see exactly where the kibbutz is located. It took us nearly 4 hours to get there and from Jerusalem, which for us Israelis is like a cross country trip!!

We began our first day at Ketura began with a walking tour through the Kibbutz followed by a delicious lunch in the Kibbutz dining room. Then the staff of the Kibbutz offered a variety of lectures and workshops that the students could choose from. For example, “Kibbutz Ketura – Then and Now” and “Mud Building Workshop” (Attached is the complete schedule of the seminar if you are interested).

After lunch, and a visit to the kibbutz pool, where we were finally able to cool off from the Arav’s sweltering heat, we went in for a favorite kibbutz activity, the obligatory afternoon nap.

Later we all gathered together, the students from Tel Aviv and Jerusalem, to get a glimpse of life on a communal Kibbutz. The students divided into small groups, and each group formed a “committee” in the Kibbutz, i.e.- a culture committee, a financial committee, a “secret” committee, etc. The students were then tasked to make decisions based on complicated situations, situations taken from real life experiences either from Kibbutz Ketura or from other surrounding Kibbutzim.

After sunset, the Kibbutz staff organized a BBQ next to the pool. Good food, good music and friends. What more could we want?

On Wednesday morning, some pf the group woke up very early, at 6 o’clock, to hike up the mountains neighboring the kibbutz. Despite the dust and even a sand storm, the kids still were able to enjoy a nice view of the kibbutz from above.

For those who got up later there was a choice of desert art options including desert candle making, decoupage, film making, and oil painting. Later on that day, the students presented their artwork to the rest of the group and discovered some talented artists among us. 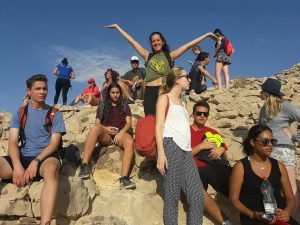 In the afternoon, after having time to relax and chill out together, we headed out to the Kasui Sand Dunes. The students went crazy when they saw the opportunity waiting for them in the sand! Soon everyone was jumping, digging, wrestling, rolling, and running in the soft sand. Pavel was doing back flips and front flips, entertaining everyone!

After we burned off most of our energy, we had time to pick a spot to be alone and reflect on our experience in the desert. Each student was given a pencil and a piece of paper with some text to read and a few questions to answer about their experience at Ketura. For twenty minutes there was complete silence. We then gathered all the kids together in the sand, and the students shared some of what they had written and their reflections.

After that extraordinary experience, the Kibbutz made us a Mediterranean dinner in the shadow of the dunes. The staff made dough for the students and the students then made outdoor pitot, using a Tabun, a special metal, concave pan laid over a campfire. It was incredibly fun to cook outdoors using these ancient methods. Shahar, from the Jerusalem staff, showed off her pita-making-skills. She is an expert! Soon we were all eating pita with falafel, salads and labane, a curd cheese. The desert vibe, the relaxed atmosphere of the area and the great dinner created the perfect end to a perfect day. 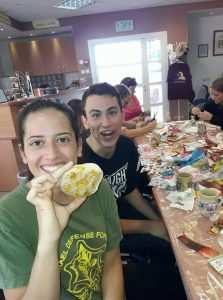 The last day of the seminar began with an optional bike ride around the area. The students who went on the bike ride got the opportunity to see some rare and unique desert sights. They visited the Jordanian border, a beautiful oasis in the middle of nowhere and a magnificent over-look. The bikers returned in time for breakfast followed by the last activity of the seminar called “Shnitzel Borsht,” an interactive competition between groups of students. Each group was required to go through a number of stations located around the kibbutz. At each station the kids had a test of a different skill. For instance: cooperation, knowledge, listening etc, all relating in some way to Israel. Points were earned and counted and the winners were those who earned the most. We were all surprised at how much the students already know Israel, the food, the sites, the celebrities, the politicians, the culture and the language. After a fun competition and the winners were announced we headed back to the buses for the long journey home.

A few of the students decided to stay and go to Eilat for the weekend and a few opted to camp out in Eilat Heights, one of Israel’s most beautiful trips.

I think the experience of being on a kibbutz in the middle of nowhere for 3 days was an experience these students will never forget. Everything about the kibbutz is as different from Tel Aviv as you can get. What you are seeing, what you are talking about, even time is experienced differently. It was a real break from our daily routine and a whole new perspective on life. I think most of the students would agree.

Next week we will be back in Jerusalem where there will be a big event, a journey where we will meet students from all over the world, and perhaps even meeting someone famous. I’m not a liberty to tell who..but let’s just say, he rules Israel.. 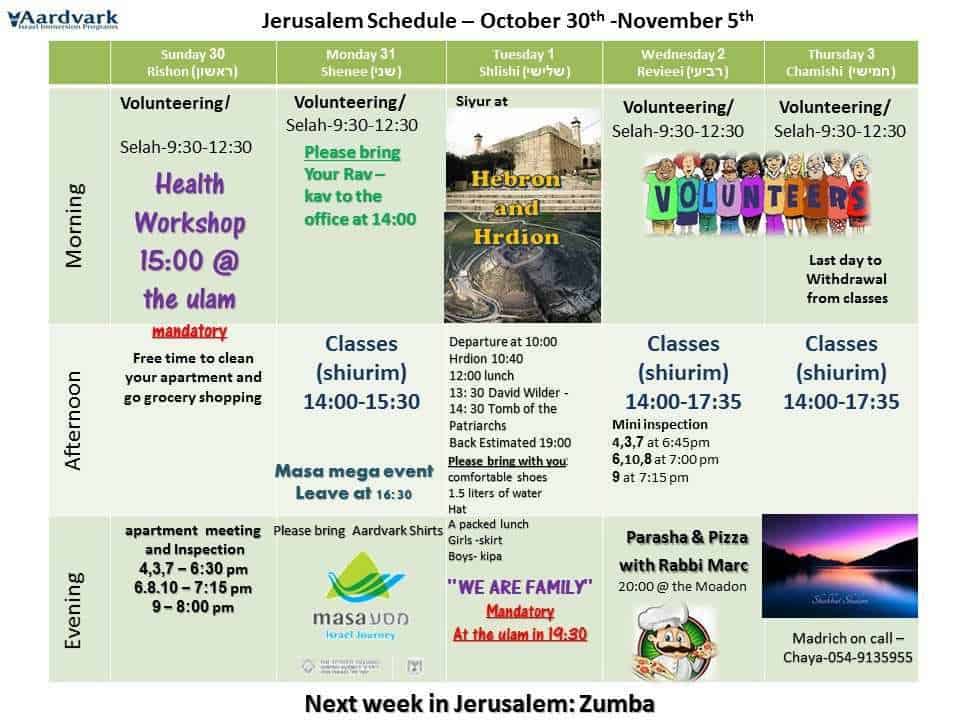 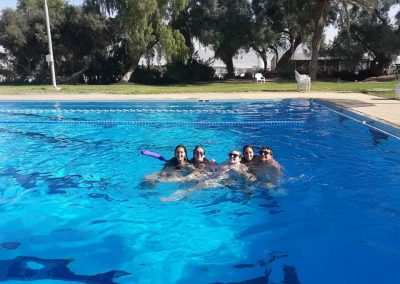 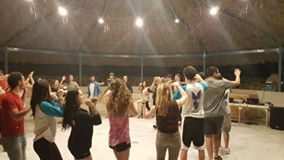 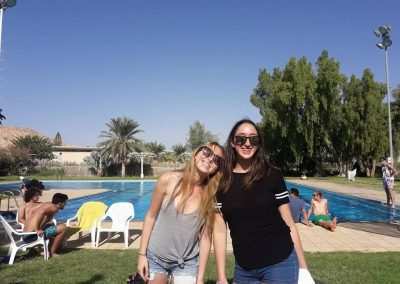 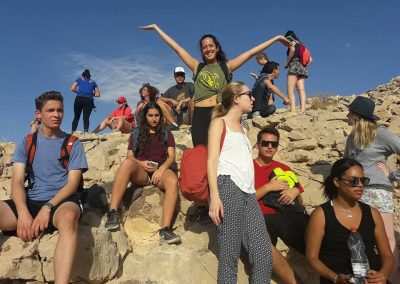 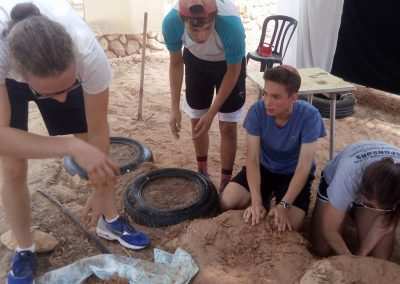 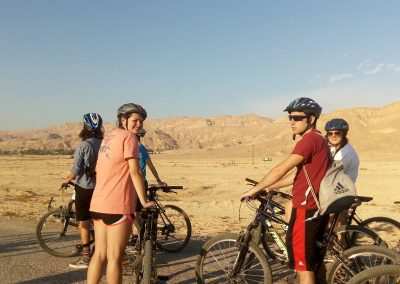 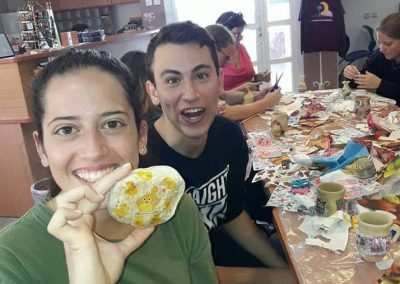 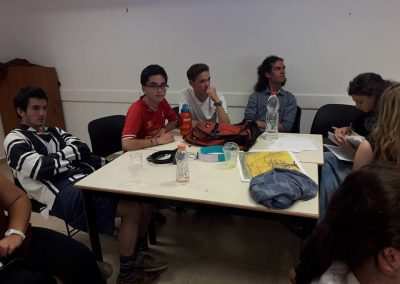 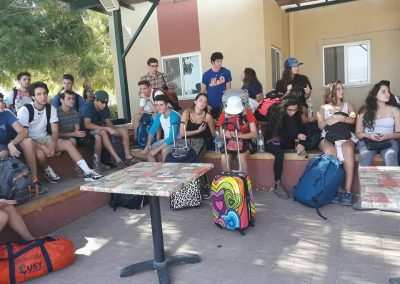 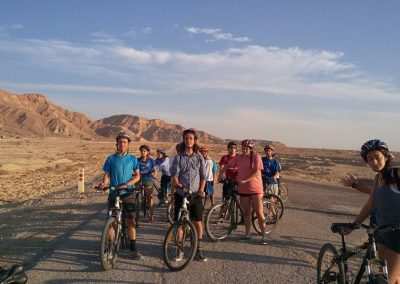 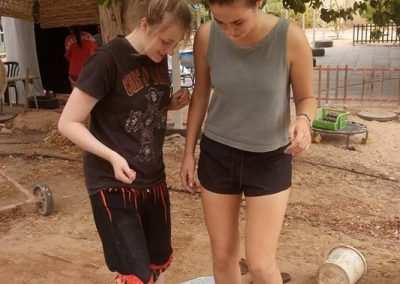 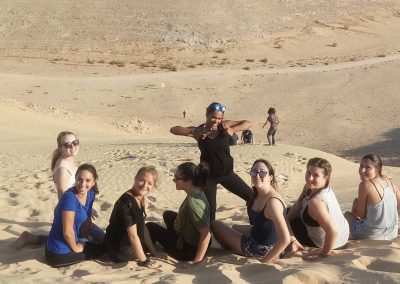 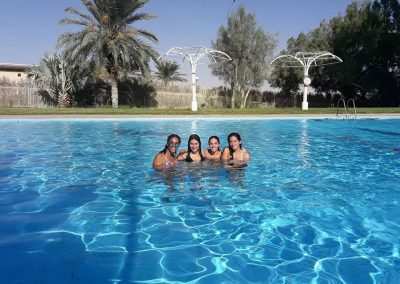 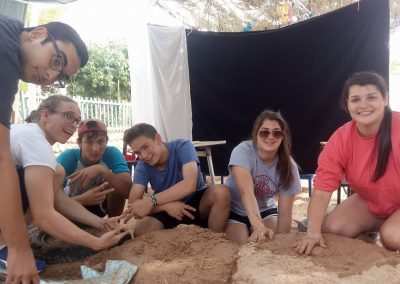 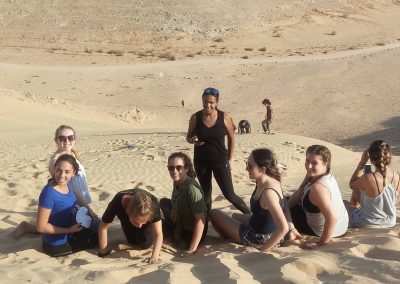