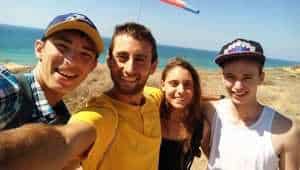 As you probably understand from your children and the schedule, we are building a weekly routine after the intensive orientation we had here. The students are starting to understand the framework we created for them. When is the right time to go to the gym? How do I need to organize my time in order to make it to my Hebrew class and not starving? When will I need to go to sleep and when it is okay to stay up late? Those are the questions the students were dealing with throughout the week along with questions regarding their volunteering, new classes, and new friends.

Here are the highlights from this week.

On Sunday evening, like every Sunday evening from now until the end of the program, the students met with their madrich in their apartment. The madrichim led a cleaning session showing the students what is the standard of the cleanliness for our apartments and how to get there. Some of the students were a little bit in shock when they realized they actually need to clean their apartment at least twice a week and someone will check it. Other apartments wanted to take their housekeeping routine to the next level – for example, apartment 1 in the Markolet building (Asa Jungreis, Elias Asher, Edan Abiri, Ira Weiss and Daniel Bard) decided that no one is allowed to enter their apartment with shoes!

On Monday morning, a large portion of the students started their first day of volunteering. It was an exciting day! Full of meetings, interviews, and schlepping around the city with public buses. Some of the students were so excited and nervous so they showed up in their volunteering place an hour and a half beforehand. Molly Cooke started her first day of volunteering in an international kindergarten called “tiny toes”. The kindergarten teachers are also from across the world – USA, Spain, France etc.
Molly said that her first day was amazing and that the little kids are so cute and fun to work with. 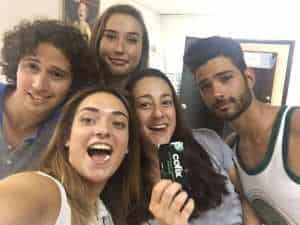 The first week of every semester starts with an intensive Hebrew course. The students met their new teachers and started to study on the level that is right for them. The Ulpan we are working with called Ulpan Milah. They are one of the bests Ulpanim in Israel. They believe that languages can be taught only by interactive approaches. Each class there is some kind of a learning game for the students and if you’ll walk into one of their classes you’ll see that the teachers are almost preparing them towards their next meeting with an Israeli salesman, the cashier at the supermarket or the young Israeli man/lady they will meet soon. You can check out their website (Click Here for Milah’s Web).

Later that day, the madrichim wanted to reduce some of the pressure of the day by preparing a “Scavenger Hunt“. The staff divided the students into groups. Each group had bunch of missions to accomplish in order to win. The staff prepared missions that will make the students go outside the office and get to know their new neighborhood. Missions such as: find out the prices of specific groceries in the supermarket, go to the corner of a specific street to meet Adi and answer his questions and try some samples of cosmetics in Superpharm. The challenges were pretty amazing. Everyone tried their best in order to win, but only one team was a little bit better than the rest of the group – “The Amazing five” (Josh Cohen, Kim Baum, Julia Heineman, Aaron Benson and Wren Gilbert). After winning the first place they went with the madrichim to collect their prize- dinner at an Indian restaurant. Happy, satisfied and exhausted they all went to sleep that day. 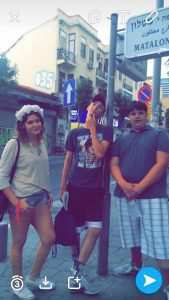 On Tuesday, everyone went together to “The Olympic Experience“. It is the center of the Olympic committee founded by the Israeli government after the winning of the fist Israeli gold medal in the Olympic games by Gal Fridman in windsurfing. The Olympic experience is an interactive museum telling the stories of the Israeli Olympic champions by videos, holograms and moving chairs! The Museum also tells the story of the massacre of the 12th Israeli athletes in the Olympic in Munchen on 1972. By the end of the tour, the guide showed us some of the tools the athletes use in the Olympic games, such as “explosive power” a mechanic tool use to understand the amount of pressure a person can do with his hand. Peter Wallace pressed 160 pounds with his fingers! That is impressive! We hope that one day we’ll have an Aardvarkian champion in the Olympic games…

Later that day, Rabbi Marc hosted the first Parsha and Pizza of the year. Every week the students are welcome to come eat and relax and join the Rabbi to talk about the weekly Torah portion. This week the group discussed the Parsha of Shoftim – Judges and the Biblical view on law-makers, law-enforcers and capital and criminal legal systems. The group spent a lot of time learning about magic, witchcraft and sorcery and why the Torah prohibits certain demonic practices. Finally the group talked about the City of Refuge – Upon entry to the Land of Israel the Jews were to establish safe havens for people who had accidentally killed someone (manslaughter) to hide from the avenging family who were baying for blood. The class ended with the group listening to a rock song by Ehud Banai, one of Israel’s most significant artists of the last 30 years, who wrote a famous song with a modern twist on the City of Refuge. Click here to hear the song. 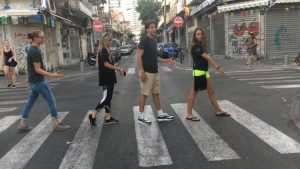 On Wednesday, the group was divided into three groups for paintball. It was a long battle, many T-shirts were re-decorated, but in the end, the blue team won after Aitan Haviv made a heroic move by staying in the field after he finished his ammo in order to confuse the enemy (the other team).

On Sea Sports Track, Elad did an opening activity in which the student did paragliding above the shore of Herzelia. The second meeting this week was a surfing class. The students learned how to surf on a sup board. Marissa Ruben impressed the students by doing some flipflops from the board.

The week is not yet to be over and there are more plans ahead.
On the weekend Maya – The madricha who is on call, arranging a potluck dinner. it is a great opportunity for the students to interact with each other and make sure they are using positive energies in their weekend – Encourage them to participate!

As every week I have attached pictures so you’ll have a better sense of what I’m writing about.

Before I say Shabbat Shalom I want to add some important notes:

1. Rosh Hashana – On the Holiday there will be no schedule though we are sending the students to do the Holiday feast with local families. If you are planning on coming for Rosh Hashana or planning on sending your child to relatives and also willing to host a few more participants from the program let me know and we’ll do the match.

2. Please remember your contact person for Aardvark is your child’s madrich/a. The admissions coordinator you worked with before the arrival doesn’t know what is going on with your child on the same level as his/her madrich, so please phone or e-mail them instead of the admissions team. This will get your issues resolved quicker and more effectively.

And until next time, 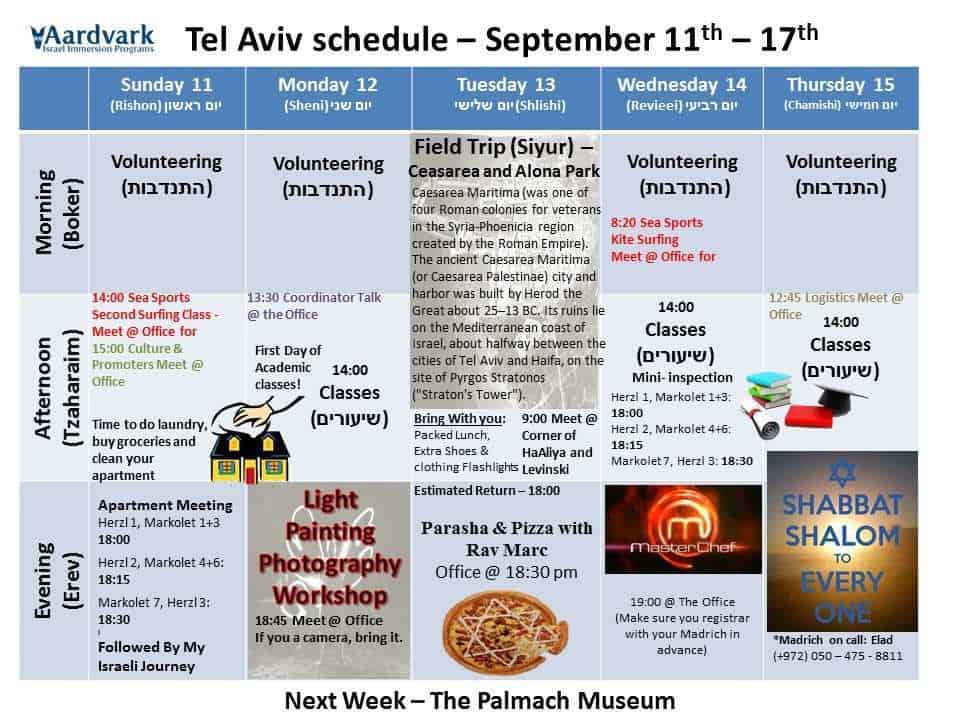 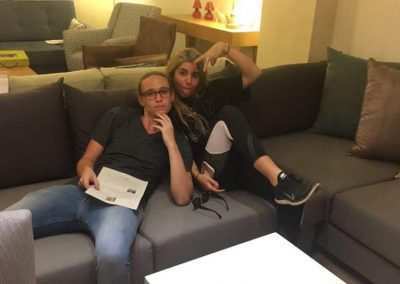 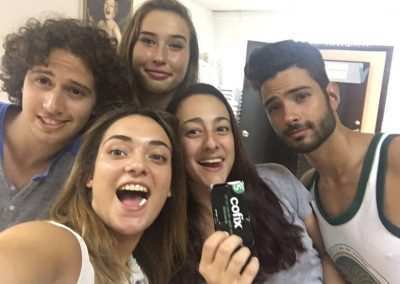 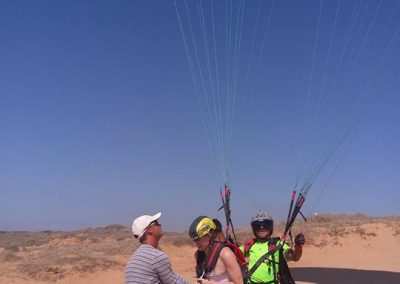 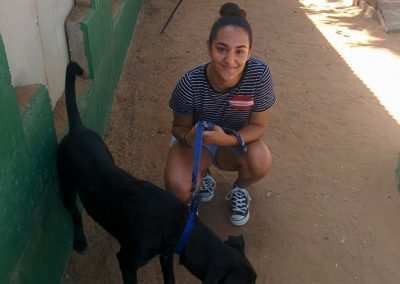 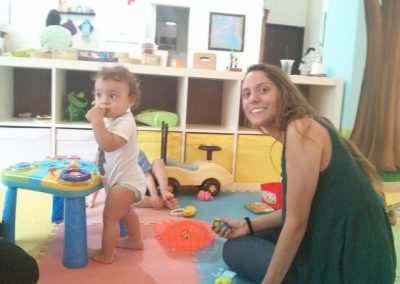 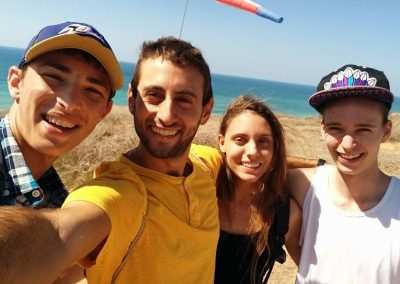 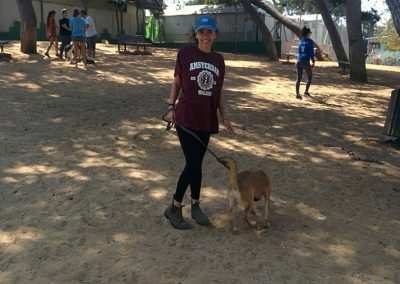 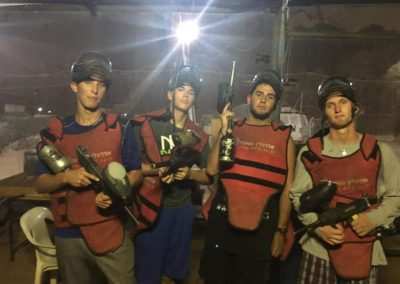 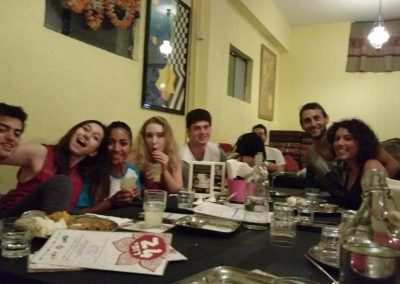 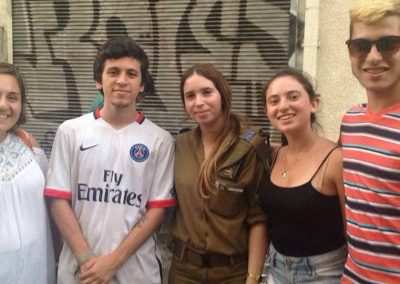 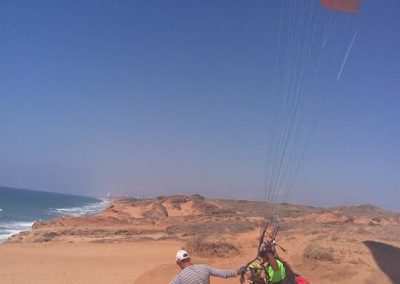 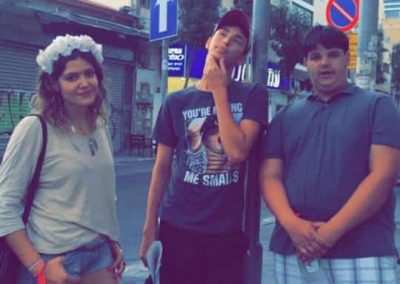 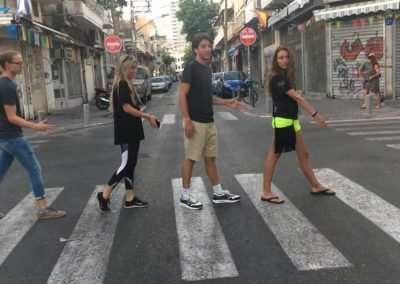 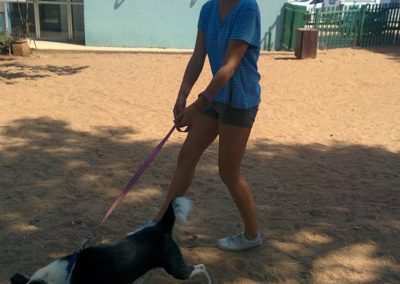 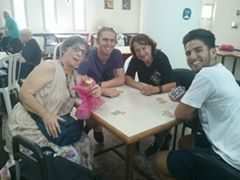