Our Admissions team is currently in The United States, Canada, The United Kingdom, Panama, Mexico, and Colombia! Click here to see their schedule

Today was a loooong day. We left Israel on Tuesday evening and after a few hours layover in Istanbul we arrived in Dublin. Our rooms weren’t ready yet so we dropped off our luggage and continued on to lunch. We ate at a traditional Irish restaurant where we had fish and chips. It was good but we all agreed we could not live off this type of food. After lunch we braved the cold weather and walked to the Leprechaun Museum. We are still not sure if leprechauns exist or not. Even though they are a folklore the museum made it seem like they are very much real and still exist in the countryside of Ireland.

After the museum, we walked across the street to the Jervis shopping center. It was a good opportunity to stay warm a little longer. We then walked to the Jameson whiskey distillery. The distillery was amazing!! We had a blast. We saw how whiskey is made and learned about Mr. Jameson and how he came to build this Irish whiskey empire. At the end of the tour they give you free tasting of whiskey straight up or with ginger ale and lime. Zach participated in a whiskey tasting test and received an award for liking jameson the best.

After the distillery we went to dinner at another traditional Irish restaurant. Exhausted and stuffed we got back to the hotel. 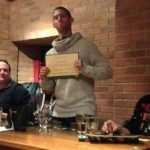 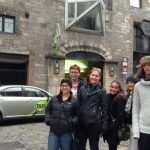 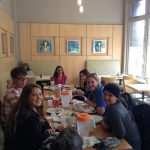 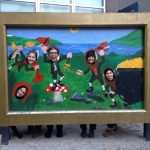 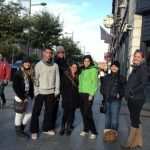 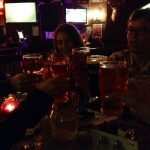 We had the privilege of meeting with the Israeli ambassador to Ireland HE Modai this morning. The ambassador told us about the tiny Jewish community in Ireland (about 1000 people) and how they are mostly older folks whose children continue to leave Ireland due to the decreasing number of eligible Jewish bachelors and bachelorettes. The dwindling community however, continues to attend synagogue and support Israel from afar. We also met with the ambassador’s press officer who told us about the negative media coverage of Israel and how the embassy deals with countering the local propaganda. They have their work cut out for them as Ireland tends to side with the Palestinians without really knowing what is happening over there. After the Embassy we stopped for lunch which included bagels and chips.

We continued to walk to the Jewish area where the Irish Jewish museum is located but only to find out that it was closed. We had arranged to visit the museum but apparently there was a misunderstanding and we didn’t get a chance to go in. We decided to take advantage of the few hours we had before Shul and walked to the famous Stephen’s Green shopping area. Leah bought a dress for Shul and Alina bought a sweater.

Shul was beautiful and we enjoyed attending the services. After services we were invited to Ireland’s chief Rabbi home for Shabbat dinner. We had a great time and truly enjoyed meeting the Rabbi and his family and other guests from around the world who the Rabbi was hosting. Overall dinner was delicious and fun.

We now returned to the hotel where some of us plan to go out for a bit. 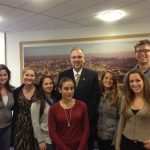 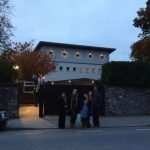 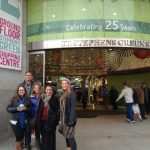 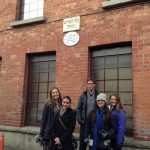 We started the day on an easy note by touring Dublin on a two hour walking tour. It was really cold out but we really enjoyed visiting some major sites and learning about the history of Ireland, particularly about its occupation but England and the great famine. Most importantly, we learned that they originally celebrated st.pattys day by fasting and praying but once they saw how the Americans celebrate it by getting smashed they decided to do the same. After the tour we grabbed a quick lunch at Subways (so American) and headed over the famous Guinness storehouse.

At Guinness we had a private tour of the seven story beer pint glass-shaped building. We learned how Arthur Guinness first created the brewery and what the beer brewing process entails. The best part obviously was the free pint of beer at the end of the tour. We sat at the brewery’s gravity bar which is on the seventh floor overlooking Dublin.

After the brewery we had dinner at TGI Fridays (again so American). We quickly finished dinner, bought groceries for lunch tomorrow and headed to the comedy show. The show was really funny, and quite dirty at times (the conservative in me felt totally awkward during some parts) but nonetheless we had a great time. We’re all back at the hotel now getting to bed early as we have a long day tomorrow traveling north to Belfast 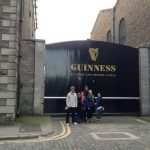 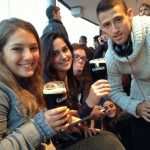 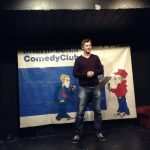 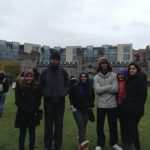 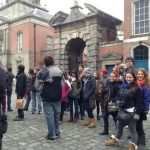 We started the day very early at 6:45 am heading to Northern Ireland. Our first stop was at Carrick a Rede overlooking the ocean. It drizzled while we were walking up the hill but it didn’t keep us from stopping and appreciating the view. Form there we headed to the famous Giant’s causeway where we hiked up two of the trails, one included 162 stairs. When we got to the top it was magical, Ketzia particularly was moved by the gorgeous surrounding.

After the giants causeway we stopped quickly at Dunluce castle and then got on the bus to Belfast. At Belfast we walked around at their annual Christmas market which has many different kinds of authentic Irish food and arts and crafts.

We got back to the hotel, showered and went across the street to where we ate more Irish food like fish and chips and were lucky to catch a local Irish band performance.

We are stuffed and ready for bed before our last day. 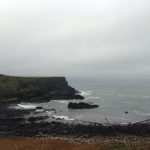 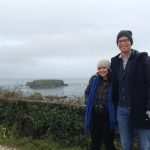 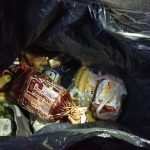 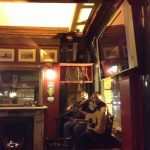 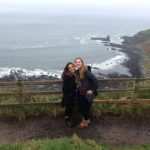 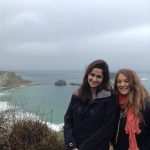 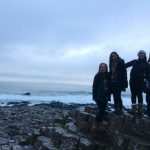 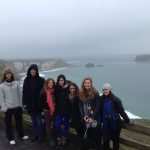 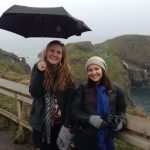 Our last day began early as we made our way to the Kilmainham gaol museum. We were warned that there will be crazy lines so we made sure to be the first people there. The unoccupied jail is an Irish historic landmark where many of the IRA or NIRA fighters were executed fighting for independence from England during the early 1900’s. while the prison was eerie as we walked past the rooms where some of the most famous Irish freedom fighters were executed, it was really fascinating learning about the history of these fighters including the famous Grace Gifford and Joseph Plunkett story.

After the museum we decided to walk back to the hotel which meant an hour long walk. I thought this would be a great way to end our time in Dublin.

After checking out we took a cab to the airport. 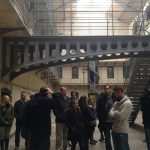 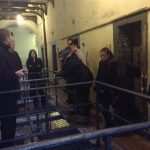 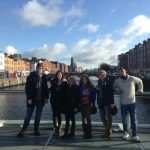 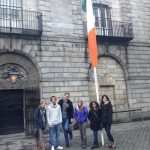