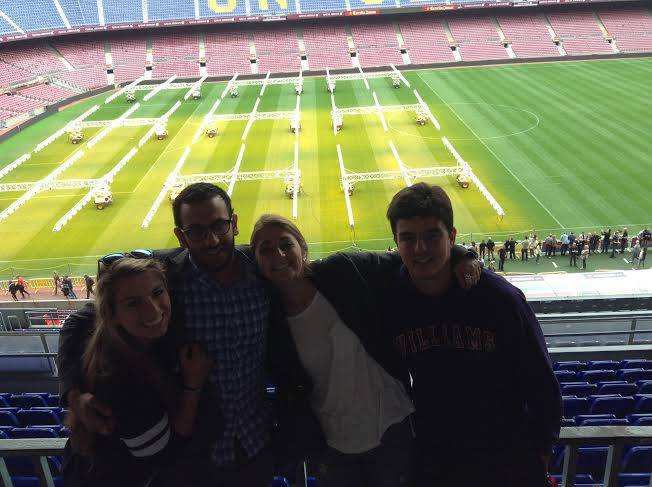 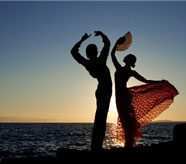 Spain had a Golden Age for the Jewish community until it ended in 1492 with the horrific Spanish Inquisition. This trip to Barcelona and the surrounding areas will explore the ancient Jewish community of Catalonia, its personalities, and interact with the new community that has arisen since the Spanish expulsion. Students will also see the Modernista architecture that has made this city so famous and art lovers will appreciate the city’s wealth of museums. Sports lovers will enjoy the Olympic village and being in the presence of the world’s greatest soccer team. The trip will combine, culture, history, food and all the excitement that Barcelona has to offer. 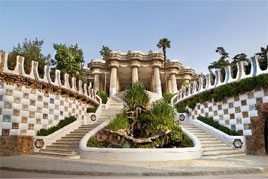 Arrive in Barcelona and after checking into the hotel, head straight for the Mercat Boqueria, one of the most colorful and entertaining markets in Europe. Then explore the oldest part of Barcelona – Gothin Old Town and the port. In the evening, we’ll experience a traditional Flamenco Show.

In the morning, we’ll start with a bus tour of Barcelona, checking out all the main tourist sites, including a unique tour of Modernista Architecture, with Gaudi’s spectacular buildings. At lunchtime, we’ll stroll down La Rambla, one of Europe’s most famous and exciting streets, full of street performers, artists and tourists. Then we’ll explore the bizarre Park Guell with its Gaudi sculptures and gardens. Finally in the late evening, we’ll head up to the Montjuic (Jews Mountain), visit the Olympic Complex and get spectacular views of the city. We’ll finish the day at the Magic Fountain.

Today, we’ll delve into the Jewish History of Barcelona with a walking tour of the old Jewish neighborhood. We’ll visit the oldest synagogue and learn about the inquisition and expulsion and what happened to the Jews. We’ll stay in the Old town for lunch before heading to the home of the world’s greatest soccer team- Barcelona F.C. – the Nou Camp Stadium –  a must for all visitors to the city. Following this, there will be free time to shop and hang out on La Rambla and the surrounding area. In the evening, we’ll head to another Barcelona must – the Aquarium.

Today we’ll travel to visit two charming Catalonian towns – Girona and Besalu – we will visit the old Jewish quarters, and learn about the early Zionism and the Ramban. When we return to Barcelona in the evening we’ll interact with the youth of the local Jewish Community and then hang out on La Rambla.

In the morning, we’ll take a Marina tour of Barcelona and sail along the Mediterranean coast. We’ll finish with lunch in the port and then students will have a choice of museums to go to, including the Picasso and Joan Miro Museum. Later on we will meet again at the Olympic Beach area and have some free time, before dining in Port Vell and then heading for the airport to fly home.

While we usually don’t think in these terms, Spain represents an almost 500 year old Holocaust.  The Spanish Inquisition perpetuated a physical and spiritual annihilation of the Jews that is still felt today.  The number of people alive today who had Jewish roots but were forced to convert is in the multi-millions.  Spain still has not formally apologized for what they did to the Jews. On May 6, 2011 in Majorca the first government official apologized for the burning of Jews on this small Spanish island.  Spain has only been a democracy since 1975 and is moving in a much more liberal direction characterized with the acceptance of gay marriage. Today, Barcelona is one of Europe’s most exciting cities. From its wacky architecture to its vibrant sidewalks, it makes a great destination to learn about the Spanish Jewish community, which experienced a Golden Age and the inquisition. From great Rabbis to great tragedies, Catalonia will allow us to explore this history and meet with the local Jewish community, while also enjoying the incredible sites that Barcelona has to offer.