In recent years, more and more attention is being given to preserving the Dead Sea. It is a unique body of water that is at the lowest point on earth, 420 metres below sea level. However, while it is one of Israel’s major tourist attractions, it has been shrinking extremely quickly and has lost more than 25 metres of water since the 1990s.

The main cause of the shrinkage is the lack of fresh water flowing into the Dead Sea. This is because it is primarily dependent on the lower Jordan River, but much of it has been diverted to provide water for drinking, farming and industry in both Israel and Jordan. Roughly 700 million cubic metres of water would be needed to restore the Dead Sea to its 1990 level. It is also being damaged by the mineral-extraction industries, with potassium chloride and magnesium chloride being mined in large quantities.

Another problem is sinkholes. These are formed due to cavities developing underground as fresh groundwater from the Judean mountains dissolves a layer of salt deposited in the Dead Sea about 10,000 years ago. The salt layer used to be soaked with salty water from the Dead Sea, but as its water level drops, more fresh groundwater is introduced, dissolving the salt. This eventually results in the cavities collapsing and forming sinkholes.

A huge amount of work is going on looking at how to save the Dead Sea. There have been numerous ideas put forward, such as connecting the Dead Sea to the Mediterranean. Another idea is to build a channel from the Red Sea in Eilat to the Dead Sea, bringing desalinated water mainly to Jordan and sending the end product, brine, to the Dead Sea. However, politically and economically, it is a very difficult project to pull off.

A more feasible idea may be to build desalination plants on the northern Mediterranean coast that would replenish the Kinneret with freshwater and help to restore the natural flow from the Kinneret to the Dead Sea. It would not be a perfect solution, but it may help the situation.

However, while this may all sound rather gloomy, research suggests that the Dead Sea will never dry up completely. It seems that the rate at which the water is dropping is slowing down and will eventually stabilize. This is because as salinity increases, the rate of evaporation declines. One advantage of this is that it is visually spectacular with visible salt deposits along the shoreline that are sure to attract tourists. Furthermore, it also opens up the opportunity for scientific study that may help with similar places on the planet.

Ultimately, many scientists seem to believe that people will simply have to accept the situation. There are major problems with water supply in the entire region and as people source water from wherever possible, it will inevitably lead to a drop in the Dead Sea level. Luckily, it seems that the Dead Sea will never disappear, so you can enjoy it on your gap year, as will future generations of visitors to Israel. 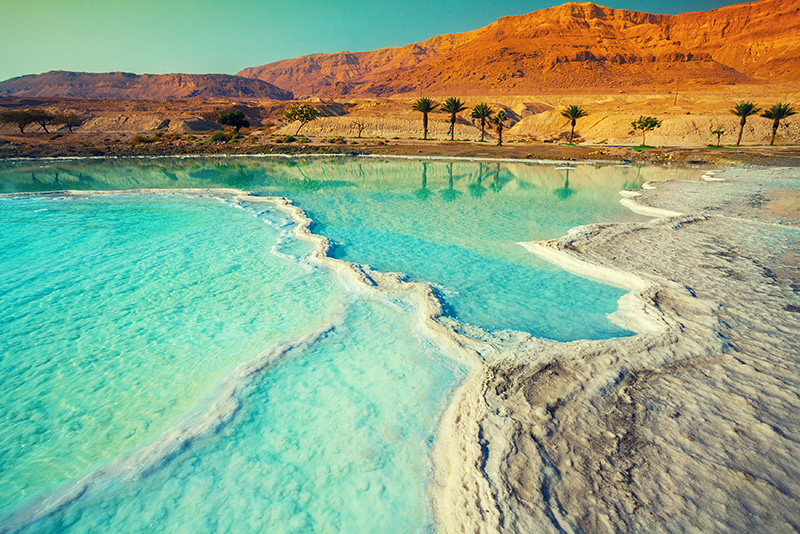