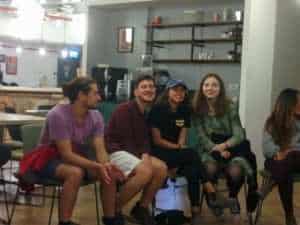 Throughout the last week and a half, most of the country (your children included) was discussing the cold & dry air. All over the news they were saying that in the last 24 years we’ve never had such dry weather for as long period such as that. Yesterday, at last, the rain decided to come! We were all thrilled! People were celebrating the end of this dry week. Today we even had some humidity in the air. Proudly I can say that my chapstick is no longer with me 🙂
Regardless, we had some thrilling moments this week:

On Sunday, a few students went to Beit Hatfutzut (“Museum of the Jewish People”) to celebrate and talk about the Sigd. It is one of the unique holidays of the Beta Israel (Ethiopian Jewish) community which takes place through the month of Heshvan. During the evening they had some interesting interactions and discussions with the community about the holiday and the Ethiopian Aliyah.

On Monday, We went to meet Yonatan, a member of Reut Institute. Reut Institute is a nonpartisan and nonprofit policy “think tank” (Press on the link if you have no idea what “think tank” is) in Tel Aviv, designed to provide real-time, long-term strategic decision-support to Israeli policymakers. The goal of Reut Institute is to “identify the gaps in current policy and strategy in Israel and the Jewish world, and work to build and implement new visions”. 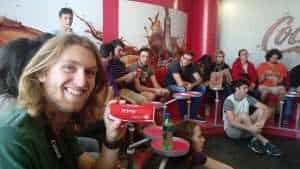 On Tuesday, the students had an exclusive tour in the Coca Cola Factory! Through the tour they were experimenting with some cool and wired stuff. They drank different types of CocaCola,and even sat inside a moving ball that gives an explanation of the history of Coca Cola. Did you know that there are only 3 people who know the secret formula of the drink and one of them is a Rabbi! – Why? Because they needed to make sure the drink is Kosher.

Later on that day, we had the opportunity to invite Rabbi Josh for the weekly Parasha & Pizza:

” This week I had the honor of being a guest lecture for Parsha and Pizza in Tel Aviv. Instead of the normal programming, I led a question and answer discussion session with the participating students.

In this wide-ranging conversation, we covered such topics as: What makes a Jew a Jew? With all of the different denominations within Judaism are we really one people? And how to balance your religious convictions while at the same time respecting others who might disagree?

I was struck by the intelligence of the students and how they were deeply interested in taking ownership of their personal Jewish identities. ”

This week, in order to give the students the opportunity to go to “Beit Hatfutzot” for the Sigd, We scheduled the apartment meetings on Wednesday (Don’t worry, they had their inspection on Sunday as usual) which allowed the madrichim to have more time for an activity for the apartments. Maya for example, asked the parents of her students to send pictures of their rooms. Then she made a presentation of each room. Everyone had to guess who’s room it belonged to (except of the one it belongs to). First, the students were shocked to see their room. Then it was so exciting for them that Maya couldn’t stop them talking about their room, home, family, and friends. Marissa Rubin won the “Prize” for the most fascinating room which is covered with plenty of cool records over the walls.

This week in class of Mid East Politics by Dr. Harlod Goldmaier:

“In Mid East Politics we have been studying the influences and reasons of external powers’ interests: the UN & agencies, European funded NGOs, the role of superpowers, and internecine maneuvering in the shooting and political wars. Recently we began learning about special interest groups in the Mid East and overseas: the Muslim Brotherhood, Zionist Organizations, the BDS Movement, and we are now tackling Hamas & Hezbollah. Students have one more Real World Paper due in mid-December for which they have to choose any one of several suggested issues–working individually or as a team of 2 or 3 students–and give a history, current standing, expectations about the future of the issue, and student’s opinion backed by facts making a case for their position. We will report more after we receive them. ” 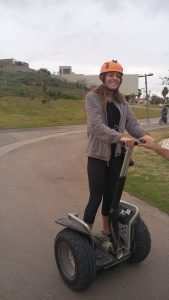 Lee Rabinowich is interning in a start up company called Syte. It is a start up company that aims to make our (the customers) lives easier. Once the app is plugged into your computer/phone, any kind of clothing you see on a commercial, website etc. is available for you to buy. Syte are doing the searching and buying for you. All that left is click and buy.
Lee was responsible for their PR video which is pretty impressive!
(Click on PR Video to see it)

Sea sports went on a Segway tour in Jaffa’s park. Many years ago in the days of the British Mandate, this park was used as an enormous pile of garbage, but these days it is truly an amazing and beautiful space. The guide has lived in Jaffa his whole life and he had some amazing stories to share with the group!

That will be all for now,
And until next time,
Shabbat Shalom, 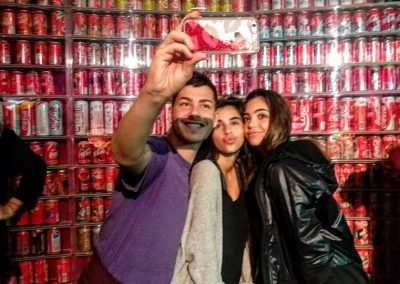 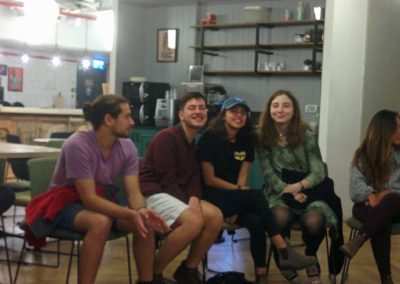 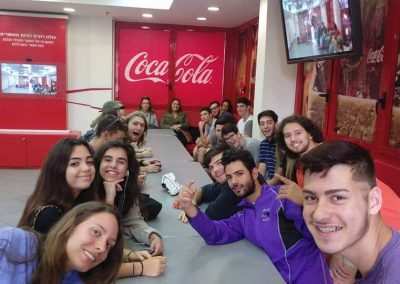 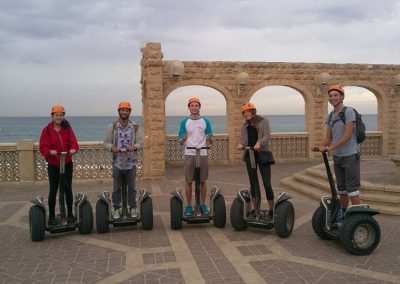 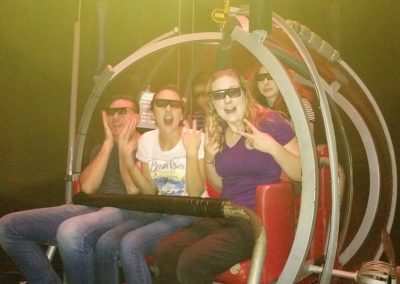 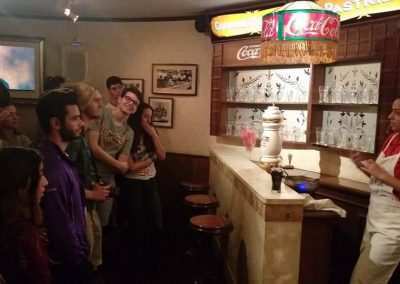 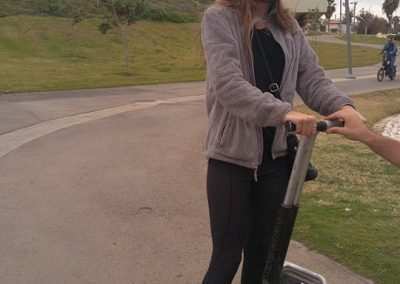 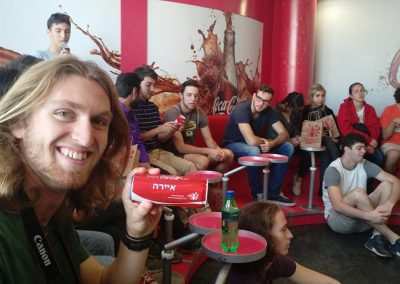 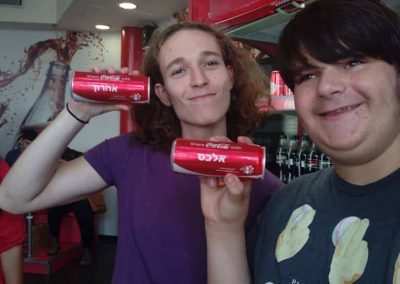 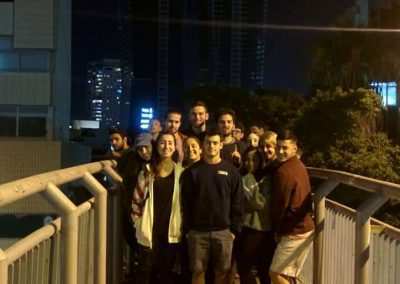 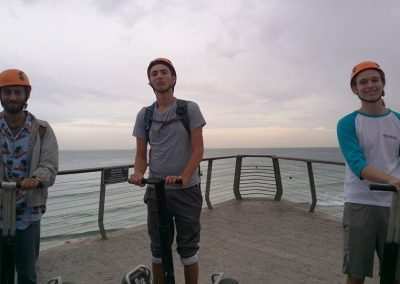