Click to start a new application or login to an existing application.
9 / 100 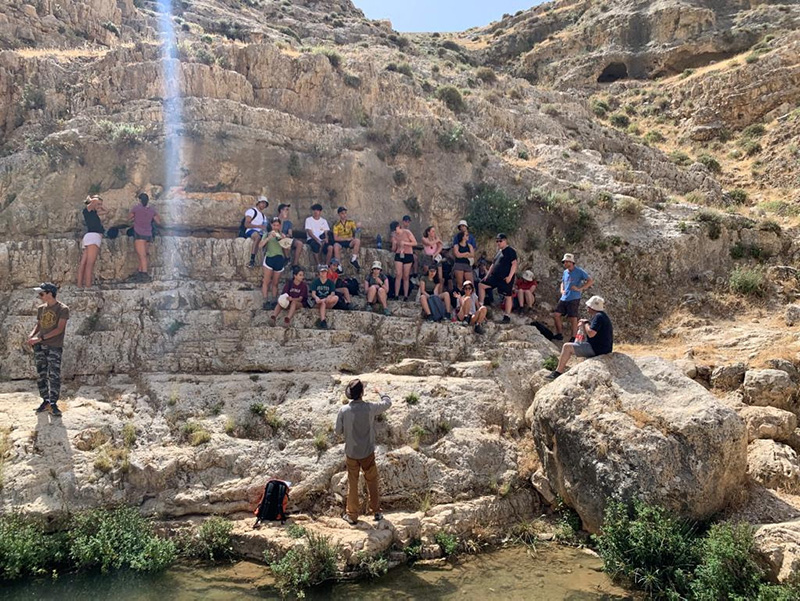 This week was both emotional and challenging, but also filled with exciting and meaningful moments.

As I’m sure you know, last weekend, people were crushed to death and more than 150 people hurt, including many in critical condition, in a stampede at a mass gathering to celebrate the Lag B’Omer holiday at Mount Meron. Sunday was declared a day of national mourning.

The students marked the event by sharing some thoughts and feeling about the situation. The Madrichim explained what had happened and the groups took a moment to talk and share their feelings and thoughts.
We also spent some time talking about how to budget our money when living in Tel Aviv, both individually and as apartments.
On Monday. Stav and Oz’s groups met Adam, a refugee from Darfur, who told us his story of running away from his home in 2008, trying to find a safe place and save his life from a genocide. Adam described his unbelievable journey through Egypt, Sinai, and eventually Israel – where he was sent to Be’er Sheva and after that Tel Aviv. He explained the challenges of being a refugee, the sorrow for his homeland and people, the good friends he met in Israel who helped him get in to university,his efforts to educate and help his people have a meaningful life as refugees in Israel, and his hope of going back home and making Sudan a flourishing country.
On Tuesday we hiked in Ein Prat, which is the biggest spring of Wadi Qelt. Ein Prat used to supply drinking water to the eastern neighborhoods of Jerusalem, until East Jerusalem was connected to the water supply of West Jerusalem. The original “pump house” is today the office building of the National Park Authority and is used as a tourist service center. 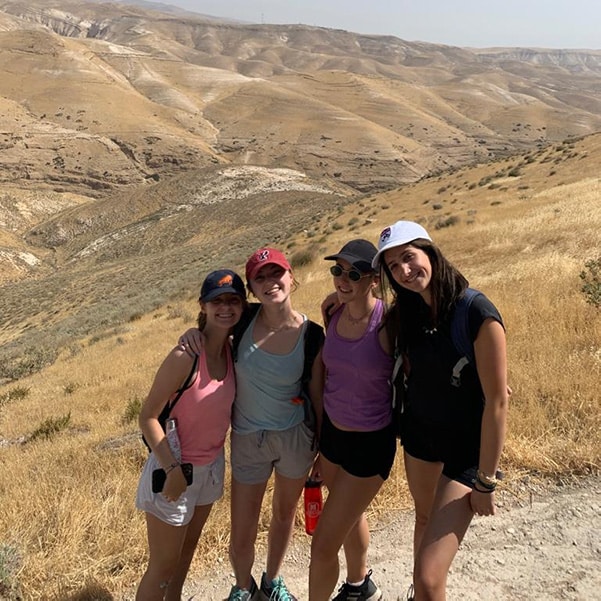 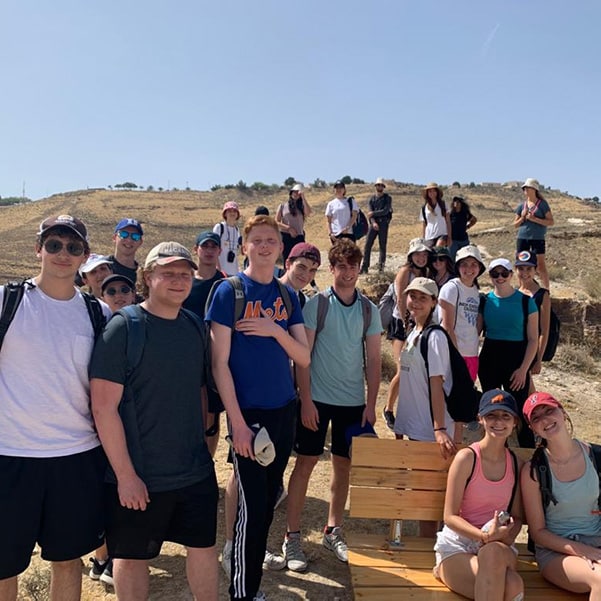 Enjoying the warm sun in Ein Prat
The students went to a lookout near the Monastery of Saints John and George of Choziba, also known as Saint George Monastery, in Wadi Qelt. The site is associated with the lives of Elijah and the parents of the Virgin Mary, and holds the relics of three Eastern Orthodox saints, making it a popular pilgrimage site. 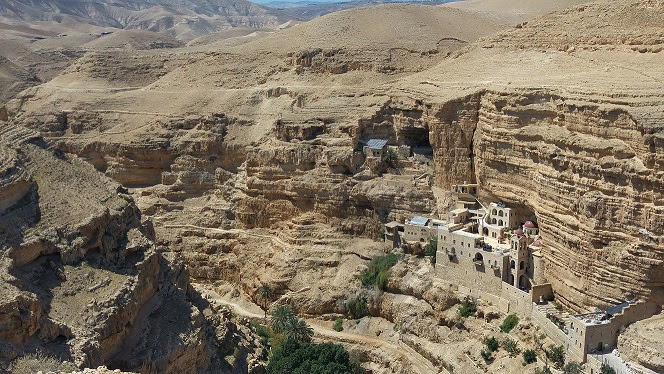 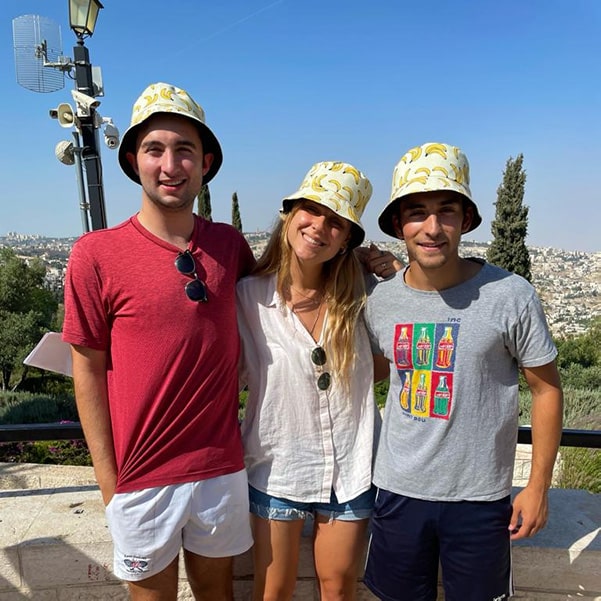 Cooling off in the water during the hike 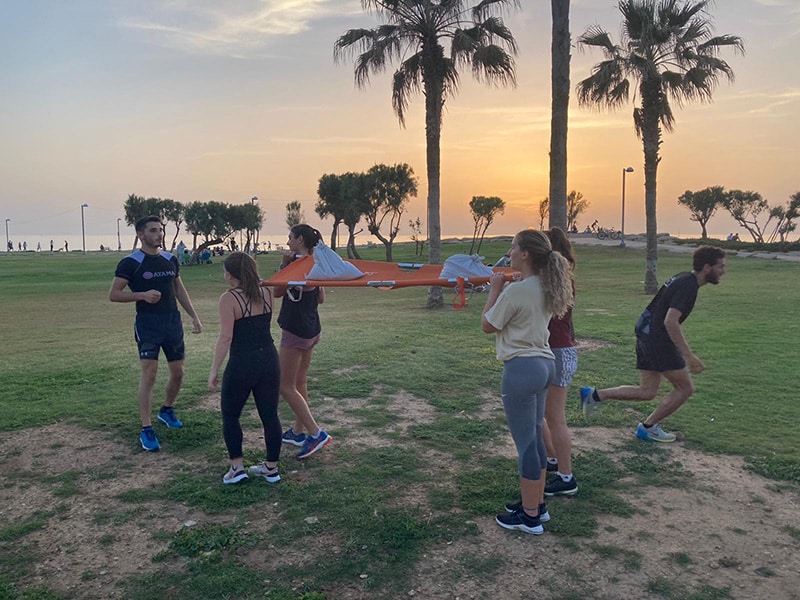 Rebecca Solit wrote about her experience:

“For today’s Tiyul, we explored the breathtaking desert canyon, flowing waterfalls, and natural pools of the Ein Prat Nature Reserve. Stepping right off the bus, we were amazed by the panoramic view of the canyon, and we made sure to take plenty of pictures (with our Aardvark bucket hats of course!). After a hike along a rocky trail, we cooled down in a stunning natural pool and rushing waterfall. We continued along the trail, crossed countless streams, and were even lucky enough to see a traveling herd of goats! After a relaxing lunch break by more natural pools and waterfalls, many of us cooled off again in the water. We were surprised to experience a “fish pedicure” when we discovered that the pools were home to the small Garra Rufa fish, also known as “doctor fish.” We then left behind the natural pools and hiked out of the canyon.

We got back on the bus and visited the Saint George Monastery, which is located between Jerusalem and Jericho in the Judean Desert. The Monastery was founded in 330 CE by the monk Hariton and is currently home to several Greek Orthodox monks, who seclude themselves in small groups and meet on Saturdays and Sundays to pray together in the church.” 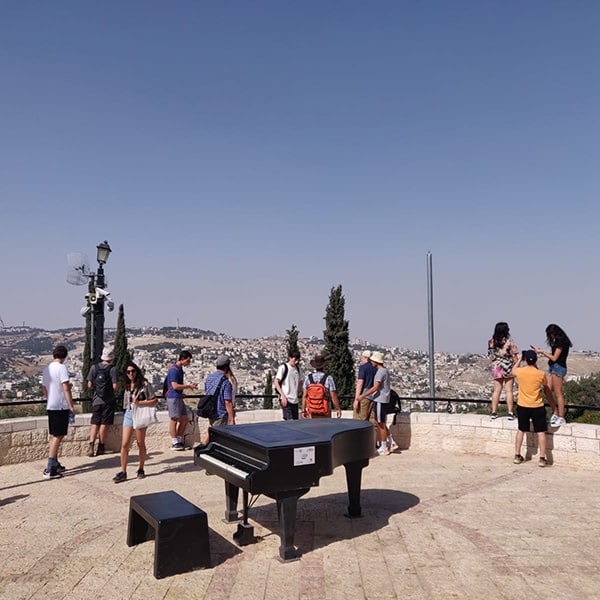 Niv taking a break during the hike 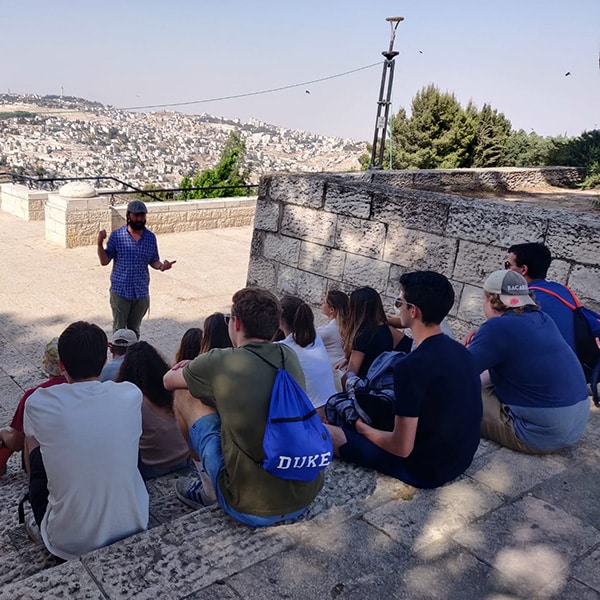 Netta, Michelle, and Fentanesh getting excited for the hike. 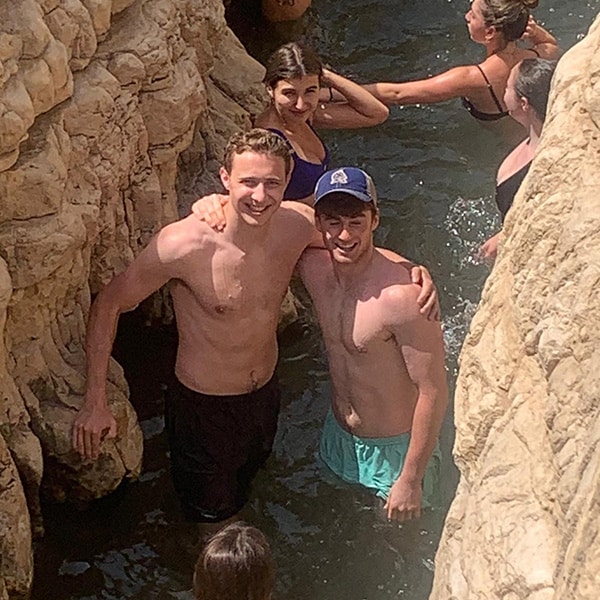 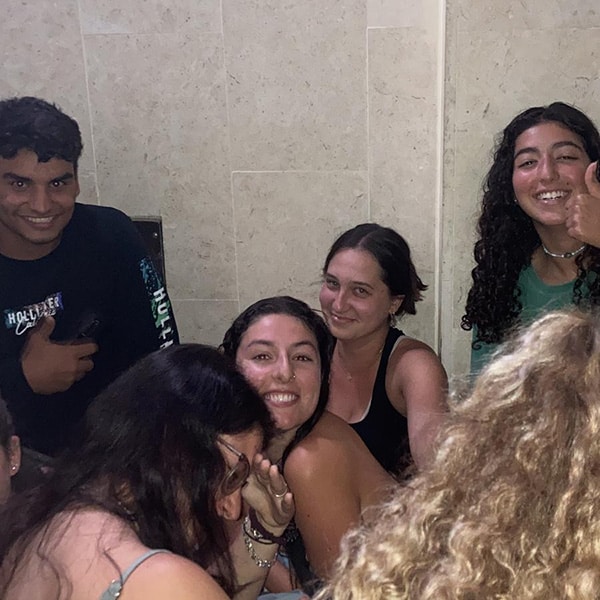 Dipping in the water during the hike 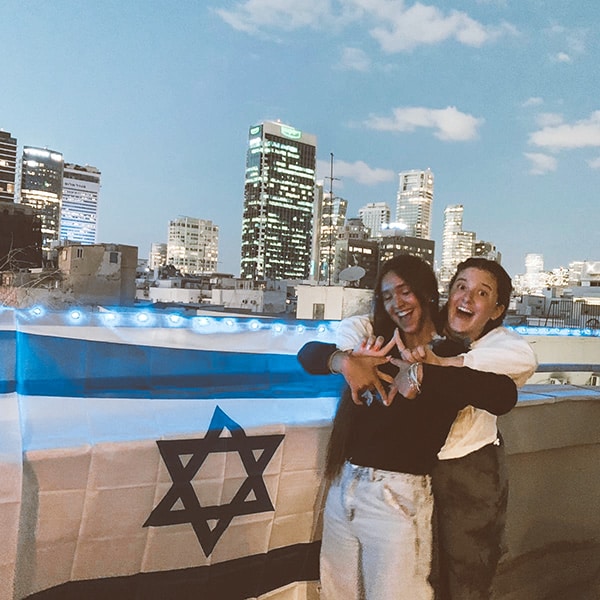 This week in Selah, we continued looking forward to the holiday of Shavuot with our study about the nature of the Torah and what happened (or didn’t happen!) on Mount Sinai 3000 years ago. Our outing on Wednesday was in the theme of Independence Day and Jerusalem Day by visiting Machon Ayalon, the clandestine underground bullet factory. We heard the amazing story of the secret factory right beneath the British forces and even secret to some of the Jewish workers above ground, and we visited the site to see where the story actually happened.

This week in (th)INK! we continued (and finished for the time being) the conversation about the Conservative Movement’s landmark decision in 2006 regarding LGBT relationships and couples. 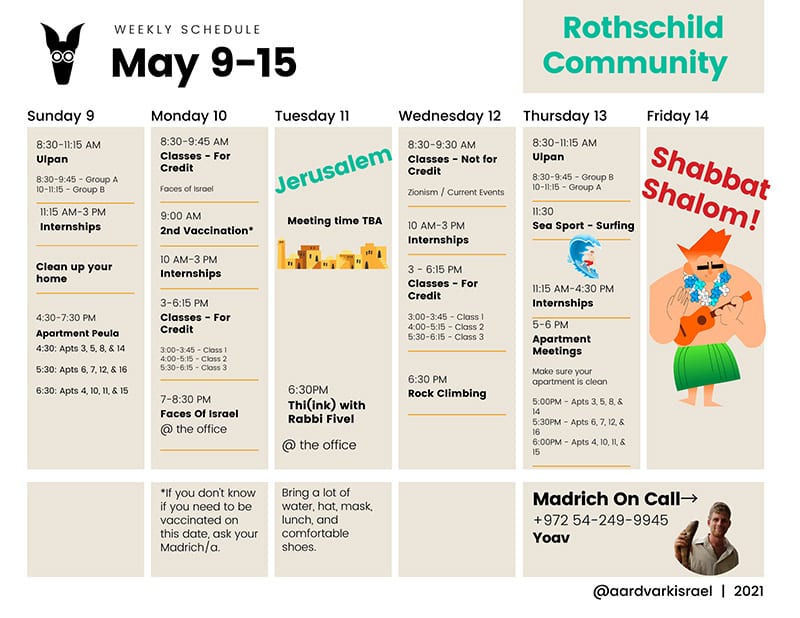 We’re looking forward to next week, for more exciting and fun experiences.
The Madricha on call for this weekend is Stav.
Have a great weekend,
Gili