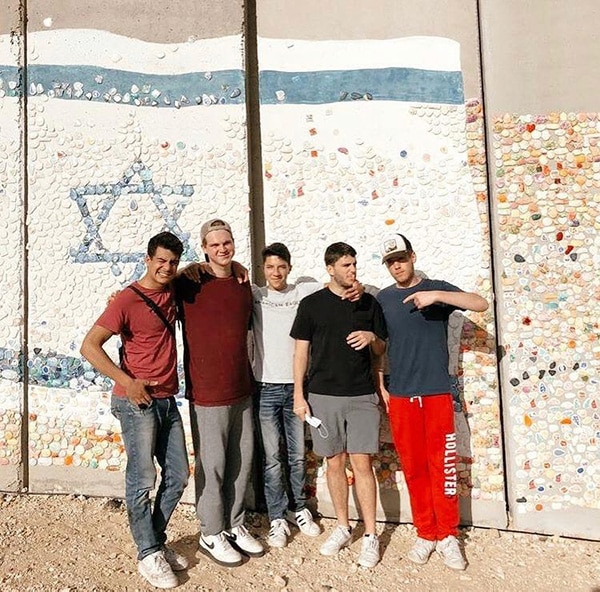 Dear Parents & Students,
Another busy week has passed, with the days getting warmer and longer here in Tel Aviv. On Monday night, we had a neighborhood scavenger hunt, on Wednesday night, Faces of Israel, and of course, Yazamut and Selah are going steady.

Wednesday evening, during Faces of Israel, the students learned about the upcoming Israeli elections. Elections in Israel are next Tuesday; all of Israel is abuzz, and this was the perfect opportunity for the students to get involved in the political discussion going on in Israel right now.

This Tuesday, each group went to the opposite Tiyul from last week, some going to Kiryat Gat while the others went to the Gaza Strip border.

“This week’s Tiyul Tuesday at the Gaza border was both amazing and incredibly heartbreaking. We visited Sderot and Nahal Oz, neighborhoods bordering Gaza, and got some insight on life near the front lines. In Sderot, we stopped to sit down at a playground. What appeared to be a normal playground to the eyes of privileged Americans, was actually a playground surrounded by brightly painted cement tunnels and huts, serving as bomb shelters for children to run to when a red alert alarm sounds. The tragic reality of being a child living on the front lines became clear to us, and feeling as though their neighborhood is subject to attack at any moment makes the issues of PTSD and anxiety run rampant amongst the moshav’s youth. We then toured Nahal Oz, the closest neighborhood in Israel to Gaza, and watched a video of a mother describing raising her children in Nahal Oz. Tears streamed down our faces as she spoke of families sometimes sleeping in the bomb shelter instead of in their beds at night, to save themselves the agony of having only 5 seconds to run to shelter. Fear dominates the way of life in Nahal Oz, and seeing bomb shelters on every street corner and the ugly grey wall separating them from Gaza is a constant reminder of the threat they are always under. The mother narrating the film decided to not let the border wall serve as a terrible reminder and instead turn it into something beautiful. For days on end she painted the words “נתיב לשלום”- “The pathway to peace” in bright paint on the wall, and put stones with inspirational photos on the wall. Today, the wall is a beautiful rainbow symbolizing the desire for peace, and our group was lucky enough to have the opportunity to glue beautiful ceramic stones with our hopes for peace onto the wall as well.”

Edin German also wrote about the trip to Gaza:

“We traveled down south to the Gaza Strip border. Our tour guide spoke to us about the conflict and answered our questions. We touched the walls that protect Israel and spoke to a woman who lives on a Moshav on the border. After the woman shared her story, we got to write messages on small, colorful ceramic tiles that we then glued to the wall. It was inspiring to see people try to make beauty out of a horrible situation.This experience got me to really think about how lucky I am that I do not live my life in constant fear and also bettered my understanding of what life is like for those living on the border. I now have a deepened admiration for those Israelis who bravely chose to live in ‘red’ areas.” 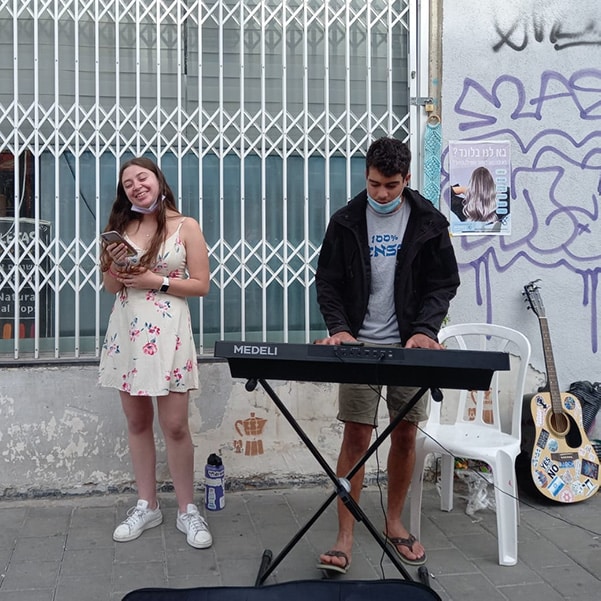 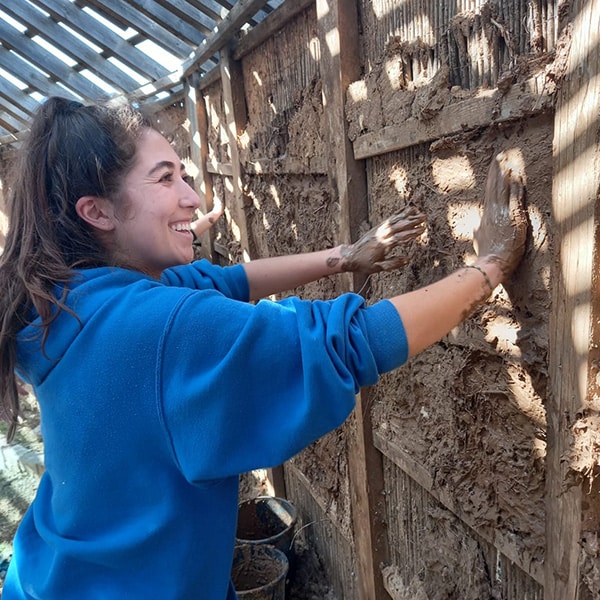 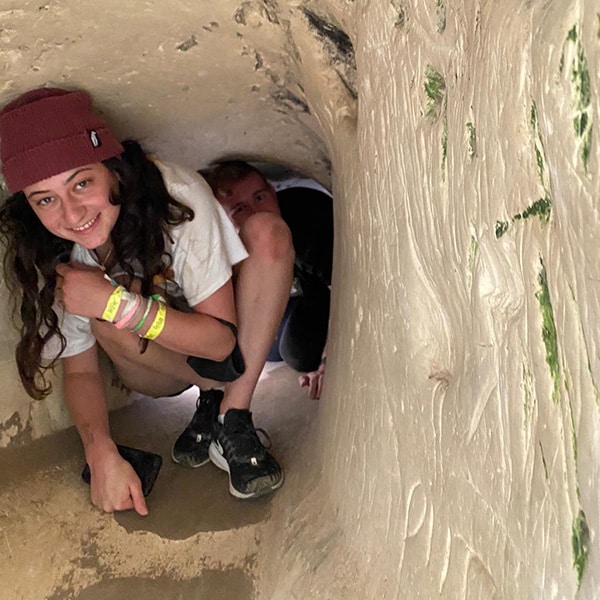 The caves at Hirbat Midras 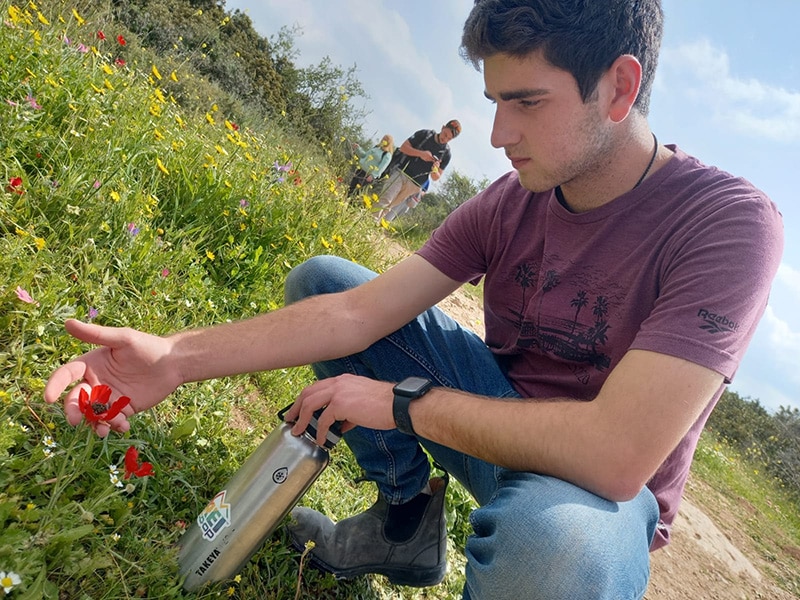 For Yazamut (entrepreneurship) our students met an inspirational guest speaker who spoke about determination and positive thinking. Ryan Neutel wrote:

“This week, we had the opportunity to meet Yoav Assa, a burn survivor, and hear his story. Yoav was burned due to contact with an electrical wire which left him severely burned and almost lifeless. For days he lay unresponsive in the hospital until he woke up to actually see all of his injuries and the severity of his situation. Thanks to his positive mindset and lots of rehabilitation, you would never know today that Yoav was ever burned in the first place. His story was inspiring and made us realize that no matter the challenge we can always get through something with a positive mindset.” 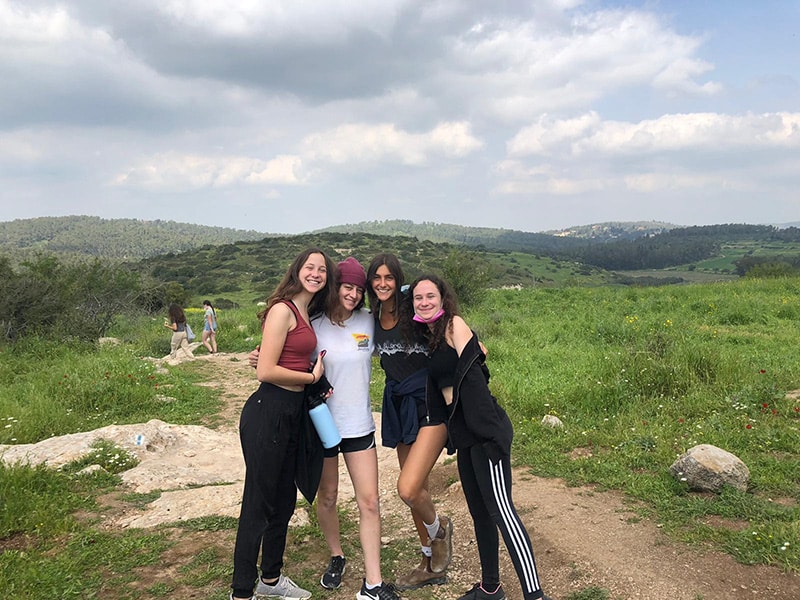 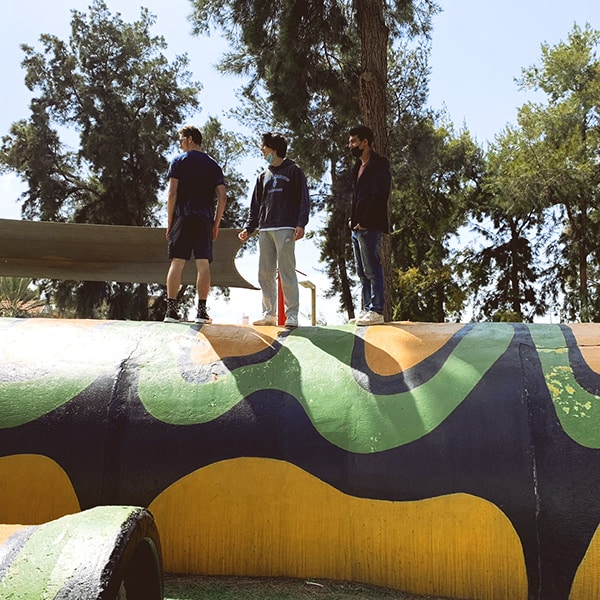 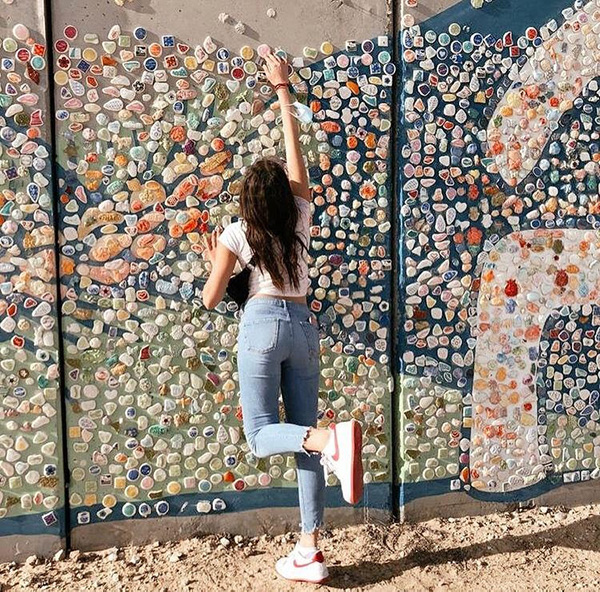 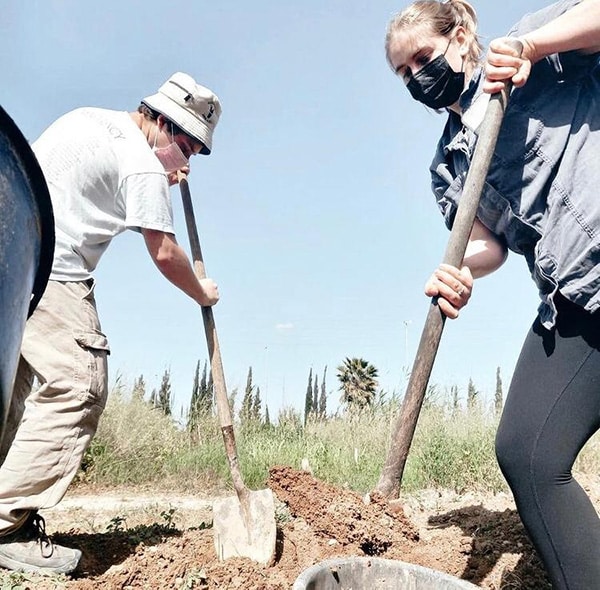 Spending time with the Ethiopian community 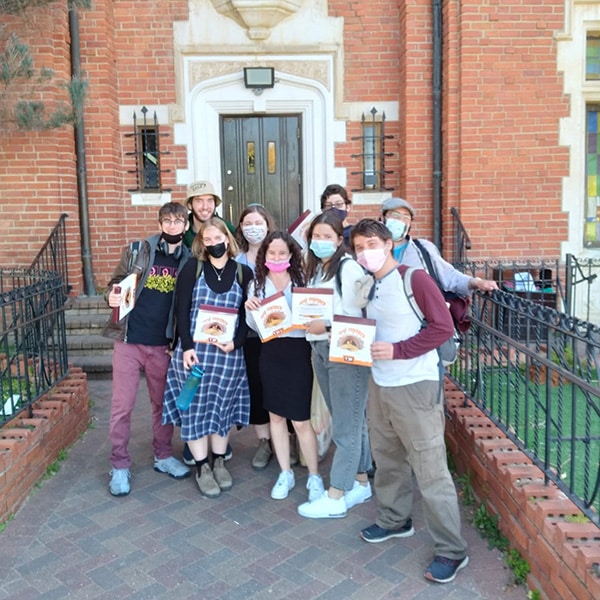 We had another full week in Selah (and it’s not over yet!).
We began with a visit to the Kehilat Daniel Reform Synagogue in Yaffo. We met with the head of the community, Rabbi Beni Minich, to hear his story as a Reform Rabbi from the Former Soviet Union. We also learned about the community in Yaffo and its struggle with COVID-19.
On Wednesday, we visited Kfar Chabad, just outside of Tel Aviv, where we walked through an etrog grove to learn about the citron fruit that we use on Sukkot. We learned a special blessing that is made only once a year when we see new fruit blossoms on a tree just before Passover. Then we went to the world famous matza bakery to learn about how special Passover matza is made. We also heard an inspiring talk and performance from an American rock musician who became religious 40 years ago.

We are very excited for our first Shabbton; Friday we’ll head north to hike in the Galilee and spend Shabbat in Tsfat.

In (th)INK! this week, we explored the depth of the symbolism of the matza that we eat on Passover, and about the leavened bread that we do not eat. We also touched on how each of us can make the holiday more meaningful and personal. 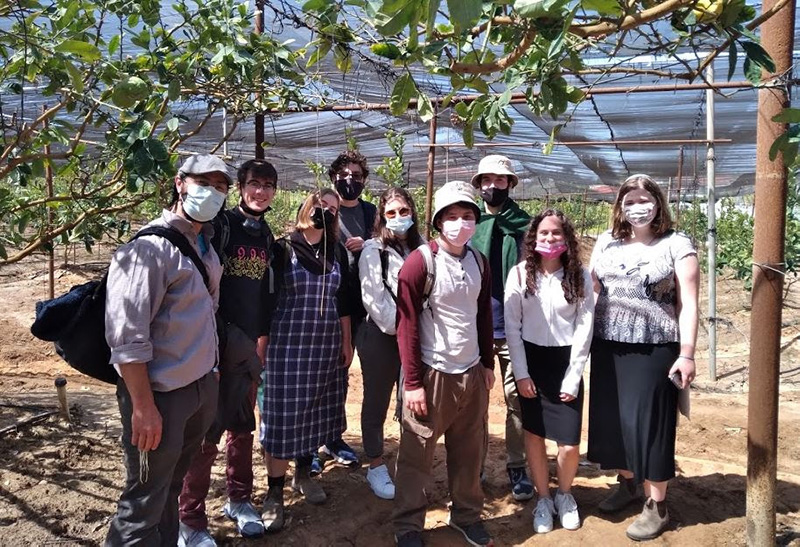 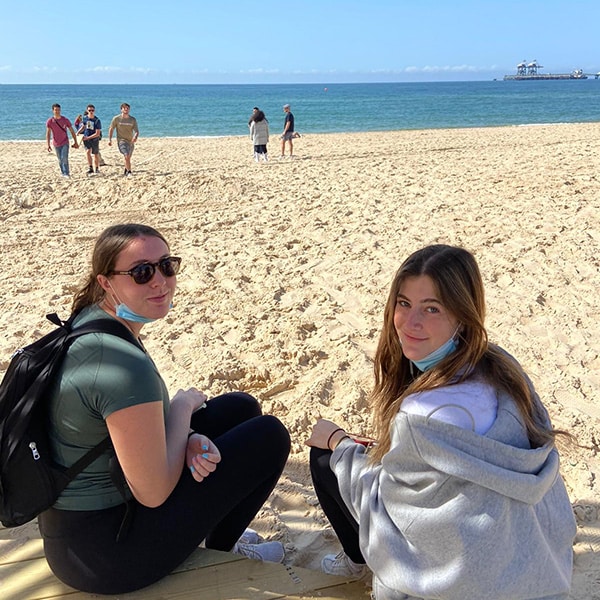 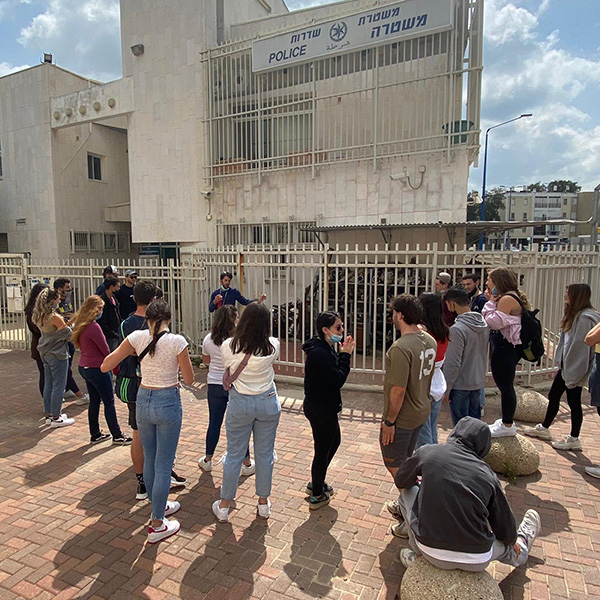 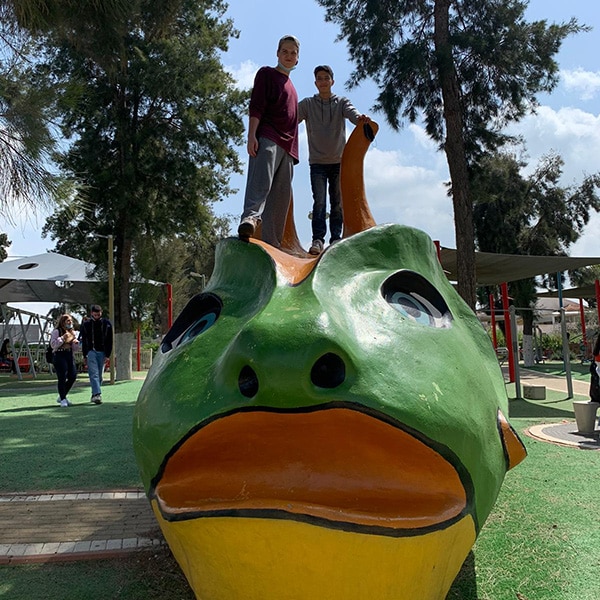 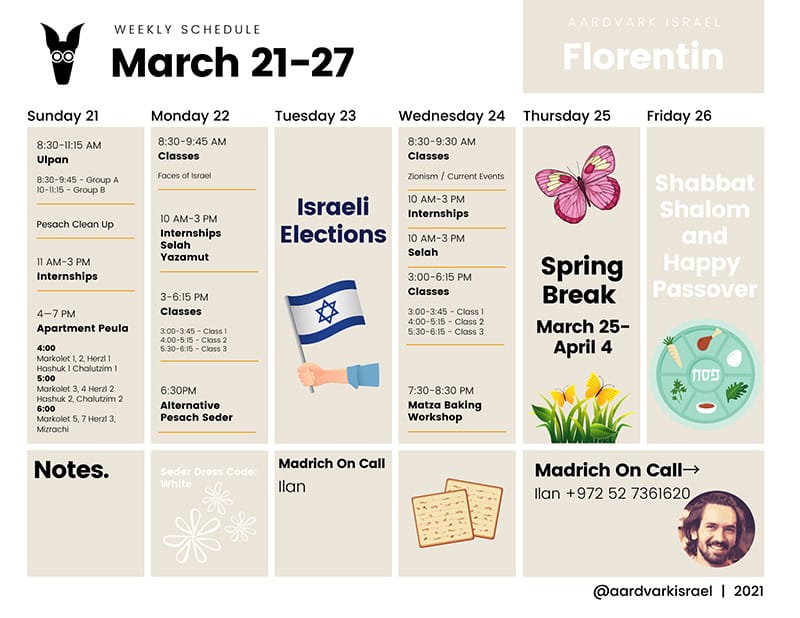 Our Madrich on call this weekend is Shai T.