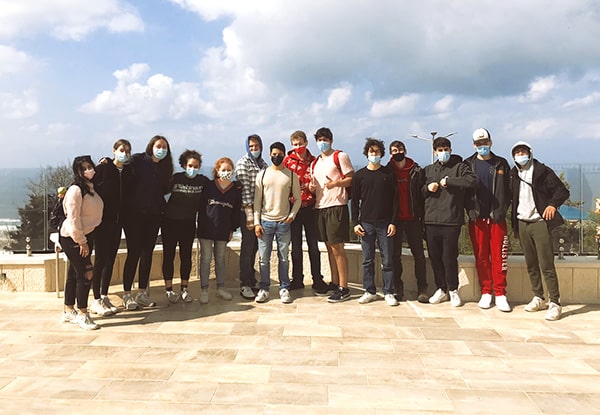 It was great week here in Tel Aviv, packed with different activities and cultures. Monday night was a big outdoor game of Laser Tag. It was great to have a chance to be outside and active!

On Tuesday, we went to Akko and Haifa. The group in Haifa learned about the different religions that coexist in the city. We started the day by visiting an Ahmedi Mosque and speaking to the community leaders of the community. After the mosque, we got to see the Baha’i Gardens and the Stella Maris Monastery, and then we checked out the Jewish art throughout downtown Haifa.

Harris Gagnon wrote about his Tiyul to Haifa:

“This week we got to visit the amazing city of Haifa. We started the day by learning about Islam and listening to a speaker from the Muslim community in a mosque. It was interesting to hear the way they think they are viewed by other communities. One word that was a focus of conversation was the word “Jihad.” This term evokes images in America of terrorism, but it was eye-opening to learn that this word is used in Islam for peace and understanding, not violence and terrorism.

We then went to see the beautiful scenery and views of the city of Haifa. From a lookout point, we were able to view the Mediterranean and ports while also looking at the landscape of the city. It was fascinating to see the different designs of the city.

For lunch, we got the best falafel in all of Haifa and had a chance to explore the downtown area.

Later we visited a record store, where I was able to buy a few by artists I enjoy, and they also played us a local musician’s song about the city of Haifa.

We finished the day examining local graffiti that symbolizes the significance of the freedom of expression and the power of street art.” 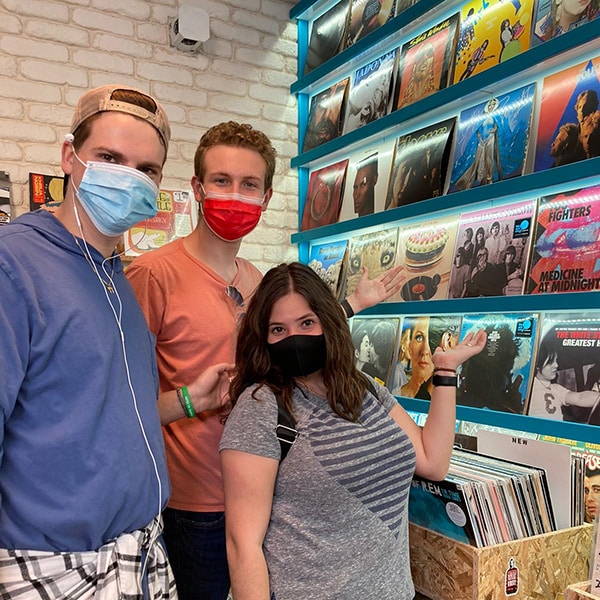 Faces Of Israel – From Darfur To Tel Aviv
By Raquel Levit

“The Civil War between North and South Sudan has displaced over 4 million South Sudanese citizens. Last night, during our Faces of Israel activity, we had the privilege to listen to an asylum seeker from Darfur. We got to hear the unfiltered truth about his struggle fleeing Sudan and his life since coming to Israel. Adam shared his story, telling us of his life in Sudan throughout the conflict, how he ended up in Israel, his struggle to gain refugee status, and his work as an activist and student. Hearing Adam’s story was inspiring; after all he has been through, he expressed how he wants to go back to Sudan at some point in his life to help educate their youth. Adam is currently earning his master’s in teaching English as a second language at Tel Aviv University, and he’s taking advantage of all the opportunities available to him here. Adam represents the harsh reality that people from all around the world are facing, which is why it is so important that we are exposed to these stories. It is hard to know how to help with such a large-scale issue, but I am hungry to know more. I can’t wait to spend time in the weeks to come reading and learning more about asylum seekers throughout the world, as well as the large refugee community here in south Tel Aviv.” 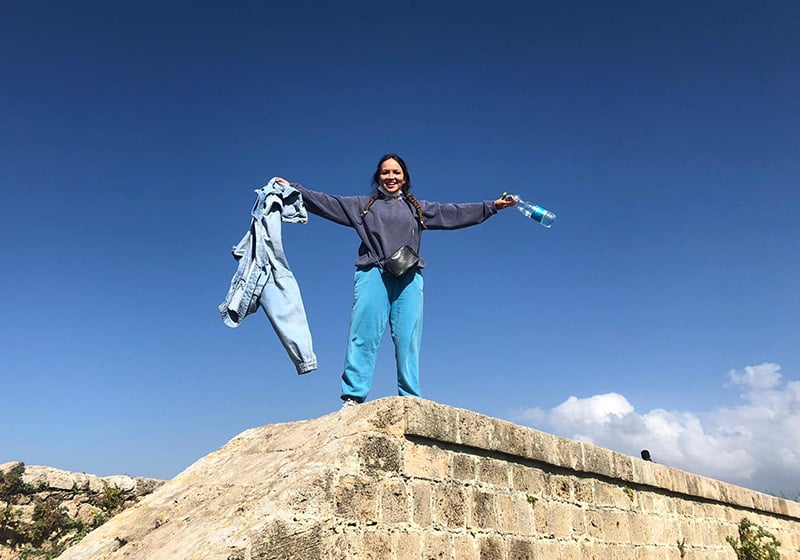 This week we had an exciting week in Selah!

On Monday, we ventured up to central Tel Aviv to visit with Rabbi Naomi Efrat, the leader of the Kehilat Halev community. Rabbi Naomi is an Israeli-born Reform rabbi leading an inclusive community in Central Tel Aviv while also focusing on social justice. We heard her incredible story and about the struggles of being a Reform rabbi in Israel. On Wednesday, we ventured not far from Tel Aviv to the National Park at Tel Afek to learn about over 5000 years of history in the Land of Israel, examining both the archaeological record as well as the Biblical history–exploring where they overlap and where they do not.

In (th)INK!, we explored how the dramatic effect of Moses smashing the Tablets of the Law after the sin of the Golden Calf can teach us a great deal about empowerment in our own lives. 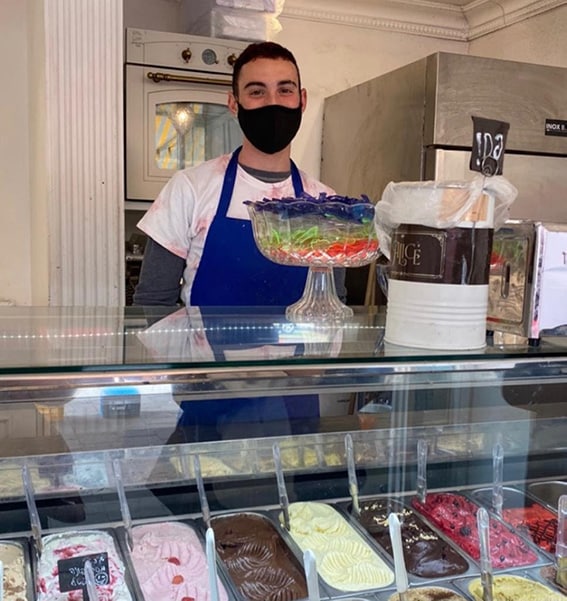 Internship In The Spotlight – Jake Brooks

“Back home in New York, I’ve spent the last few years working at ice cream shops. I adore my job, but coming to Israel, I really felt that I was missing it. This semester, I was lucky to find an internship at a local gelato shop in North Tel Aviv. While it may be an unconventional internship, it actually serves all the purposes of one! Being that I’m moving back to Israel for university, I need real work experience to learn Hebrew and be able to find a job when I come back. Working at the gelato shop has improved my Hebrew (and confidence) lots, and I hope this experience will make my resume more appealing when looking for real jobs in Tel Aviv next fall. I can’t wait to return to my ice cream shop in Brooklyn this summer, but until then, Alice Gelato has been a fantastic experience!” 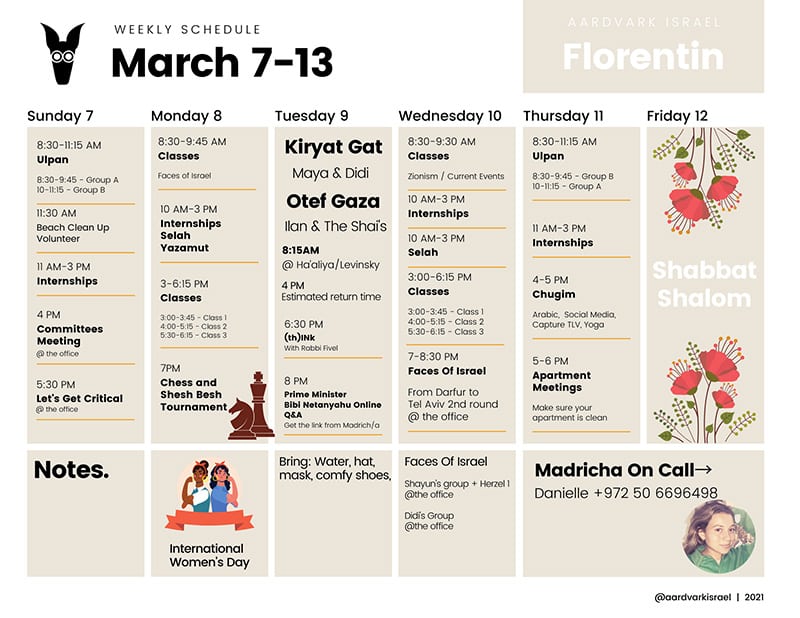