We hope this email finds you well and you all enjoyed the Pesach holiday.

While Natali is having fun leading our international trip in Germany, I’m more than happy to share our weekly letter with you 🙂

This week our schedule was a bit different due to Chag Pesach. We began our weekly routine on Tuesday, when we returned from the break. We are very happy to be back and excited to continue our journey together.

During the Pesach break some of the students went back home, some went on vacation, and some stayed in Israel. Here is what Ellis Lewkowicz had to say about the experience:

At the beginning of the Pesach break, I travelled to Eilat with my sister and some of our friends from the Aardvark Tel Aviv group. There we went to the beach, went shopping, and had a great time!
For the Pesach Seder, my sister and I met up with family members who live in Ra’anana and had a wonderful Seder and food! Celebrating Pesach is one thing, but celebrating it in Israel is a moment I won’t forget. It was such a wonderful experience!

On Tuesday, we went to the Menachem Begin Museum where one of our students, Coby Bregman, works. We learned about the life of Israel’s 6th Prime Minister, and about his heritage. The museum offers the chance to experience first-hand and “take part” in the different chapters of Begin’s life – his childhood in Poland, his years as the commander of the Irgun, his time as leader of the opposition and finally, as Prime Minister of the State of Israel. There was also an interactive experience that took us through testimonies from the Holocaust through to the daily life of the Jews in Israel, before and after the State of Israel was established.

In the evening, we invited Benji Lovitt, a comedian, educator, and writer to discuss the students’ Israel experience and help them process it. Benji made Aliya 11 year ago and performed a comedy show about his experience for the students. The show explored how to learn and grow from situations that arise in a new culture in a foreign country. It was a really funny night for us!

Peter Wallace said: I thought it was awesome that the comedian was from my hometown of Dallas Texas and made aliyah to Israel. I enjoyed the way he compared the way Israelis and Americans stereotype each other.

This week in Parsha and Pizza, Rabbi Marc helped the group prepare for Israel’s Holocaust Memorial Day next week by giving a class about an amazing figure called Rudolf Kasztner. Kasztner was a Hungarian Jew who single-handedly saved more Jews than any other Jew during the Shoah. He managed to save 1684 lives by placing them on a train and negotiating their safe release with Adolf Eichmann, head of the SS. Kasztner made Aliya to Israel after the war in 1957 but was shot dead in a politically motivated assassination. Kasztner was accused of being a collaborator and rather than saving Jewish lives, his enemies blamed him for the deaths of 500,000 Hungarian Jews. Today his reputation is still tarnished. We watched a few clips from the documentary Killing Kasztner by Galen Ross and Rabbi Marc led the group in a conversation about Israel’s relationship to Shoah survivors and whom Israelis define as their Jewish heroes.

Before wishing you all Shabbat Shalom, I would like to mention that we are in the middle of a unique period here in Israel. The state stops for a few days each week to respect and learn about the history and traditions of our people: from the exodus from Egypt to Yom Hazikaron laShoah ve-laG’vurah (Holocaust and Heroism Remembrance), throughout Yom Hazikaron (the official memorial day for the fallen soldiers of Israel and victims of terrorism) and Yom Haatzmaot (Israel’s independence day).

These days can be very emotional and meaningful for the students. It is important that they will have as many opportunities as possible to process the things they are going through here. So, along with the platforms we are providing for them – we recommend that you talk to them and ask about the ceremonies, activities and the general atmosphere they feel during this time.

On Sunday, we’ll be going to the national Israeli Holocaust ceremony along with the prime minister and president of Israel in Yad Vashem, Jerusalem. This means that the students will be at the heart of the occasion, where all the attention of Israel and part of the wider world is focused. 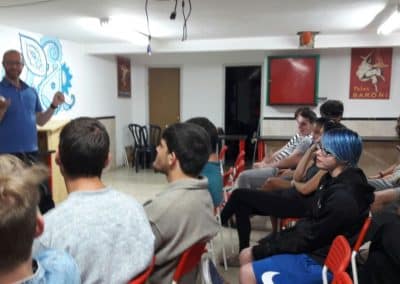 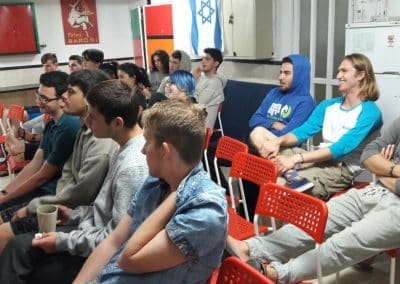 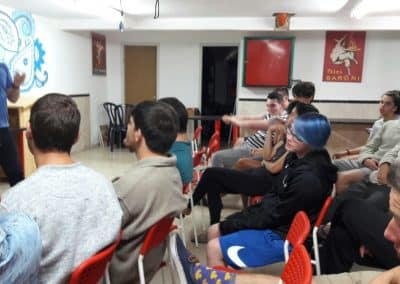