President Trump’s declaration aside, the week has been full of adventures! Here is a summary of the highlights:

On Monday, we had an Aardvark Jerusalem Prom organized by Heidi David and Yaeli Rabinowitz. There were snacks, dancing, paper plate awards, and even pizza! There was also a slideshow of photos from the year prepared by Charlie and some of the students. The entire culture committee worked together on the decorations and the ulam was transformed into a beautiful winter wonderland. When asked about the prom Julianna Mallis said, “Prom was great! I love eating pizza. Fun fact: pizza in Hebrew is ‘פיצה (pitza).’ The party went on for a few hours, and everyone had a great time. Thanks to Mikey Szabo for organizing great music and Alena Berkman and Michal Braun for decorating the ulam with decorations that seemed to have been taken in the film.

On Tuesday we went on a tour of the Menachem Begin Museum. We started with a presentation about the ancient burial caves just behind the museum, which date back to the First Temple period. The juxtaposition between ancient history and modern history is everywhere in Jerusalem. We continued the tour inside the museum. Some of the exhibits we enjoyed the most were the collection of old videos and the model of Begin’s old safe house and apartment. The tour was led by a terrific guide that walked us through the different exhibitions. We learned about Begin’s life and the events that shaped his ideas and thoughts. We learned of his interesting journey from Russia, to Poland, and finally to Israel where he lead the underground organization, the Irgun (also known as the Etzel), prior to the establishment of the State of Israel, and finally his work as the sixth Prime Minister of Israel. It was fascinating to learn about both the man and his legacy. Micha Stegers said, “I always walk past the Begin Museum and it was so interesting to finally go inside and learn the history of Menachem Begin.”

On Tuesday night, we heard an incredible speaker from Stand With Us who spoke to us about the BDS (Boycott Divestment and Sanctions) campaign and how it is growing on college campuses. Josh Warhit, who works with StandWithUs, really helped us get a better understanding of what BDS is and how it is becoming more and more of a problem. He gave us tips on how to respond to it and how to fight against BDS, whether speaking to someone face to face or dealing with it on a student government level. Liat Dorani said, “It was really interesting to hear just how effective BDS is and how effective SJP (Students for Justice in Palestine) are around the US. At the end of his presentation, we split up into three groups and each got a scenario that we had to come up with strategies to solve. One of the groups came up with an idea on what to do if the student government passes a law that BDS is okay on campus. It was really intense trying to find a strategy for this scenario because none of us have really faced the wrath of BDS yet, but I am confident that now the students know how to”.

This week in Parsha and Pizza we learnt about the Torah portion of Vayeshev. Rabbi Marc was ably assisted by one our students, Will Oken, whose Bar Mitzva portion this was five years ago and he wanted to teach the group some of his insights. Together, they told everyone the amazing stories of Joseph. We learned about Joseph’s dreams, his multi-colored coat, and his brothers’ plot to kill him because of their jealousy. Joseph was sold into slavery and found himself in Egypt in Potiphar’s house. Potiphar’s wife tried to seduce Joseph and, despite his resistance, he ends up being framed and sent to prison. While in prison he encountered Pharaoh’s baker and winemaker, successfully interpreted their dreams and thereby came to Pharaoh’s attention. The group discussed the significance of Joseph’s dreams and the motivations of the various characters. Some of our old commentaries portray these events as revealing God’s master plan to eventually get the Jewish people to go down to Egypt. We were also introduced to a modern psychoanalytical reading of the dreams. Rabbi Marc ended by focusing on Potiphar’s wife and her attempt to seduce Joseph. In the mystical tradition this moment represents a cosmic struggle of humanity with the Yetzer Hara (the evil inclination), a force so powerful that only a spiritual giant, like Joseph the Righteous, could defeat it.

This week on Selah the group began with a Jewish Roots Workshop. We had a fascinating tour of the Hebrew University campus in Givat Ram where the National Library of Israel is based. There they met Rav Jeff Schrager, a professional genealogist and great educator who taught the group some key skills for building a family tree. He gave everyone access to some important online repositories and databases and gave us an introductory skills workshop on researching historical documents. A great many people were thrilled to begin working on their family tree and some even managed to discover facts about their Jewish ancestry. For Rav Jeff genealogy is not just an obsession, but is also an important way for people to connect with their Jewish identity. We were treated to donuts and hot cocoa by Charlie and Rabbi Marc at our Learning Space where we studied the Jewish command to rebuke people and studied a Midrashic legend about Abraham’s first encounter with God. We had a Chevruta session about Jewish influence in the world and the idea of being a Light unto the Nations and we also prepared for our forthcoming Jerusalem Shabbaton by learning about some of the rituals and traditions of Friday night.

Last week we forgot to post the Selah summary so we have included it this week for your pleasure:

We had an amazing Spirituality workshop in a Jerusalem forest near the Ramot neighborhood. Our guide, Tehilla, led us on a mindfulness stroll through the woods with us walking in a spaced out line, taking in the noises, smells and wildlife. We shared our experiences and talked about the Hassidic practice of ‘Hitbodedut’, going away somewhere alone in order to reach out and commune with God. Tehilla then invited us on a dream sharing activity before we held an alternative prayer session involving new and creative ways to connect with the morning blessings. Tehilla had based her activities on the week’s Torah portion and we mirrored Jacob, the forefather, leaving his land, dreaming of the ladder and the prayers he offered in Parshat Vayetze. It was a great morning that really challenged us to think about spirituality in our lives and the rituals and practices involved. On Thursday we were back at Rabbi Marc’s house for our weekly Learning Space where we were treated to breakfast (prepared by the Rabbi) and continued our studies. As well as having classes and exploring varied topics (lying, Song of Songs, music and prayer) we had a group Chevruta session around the theme of the Messianic era. We have started to use a learning resource prepared by the Orthodox Union called the Pardes Project.

Next Week we are going on one of my favorite trips, to the Katlav stream and the stalactite cave. In addition, Chanukah is coming soon, so for those of you who are interested, please see the attached flyer for details on how you can send your child a Chanukah gift. 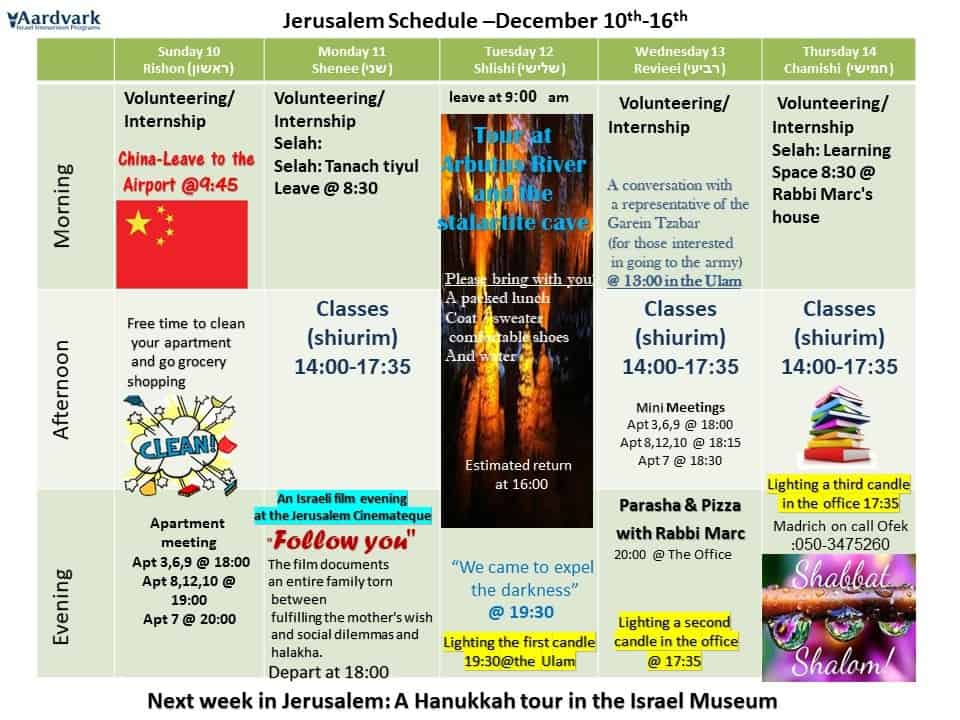 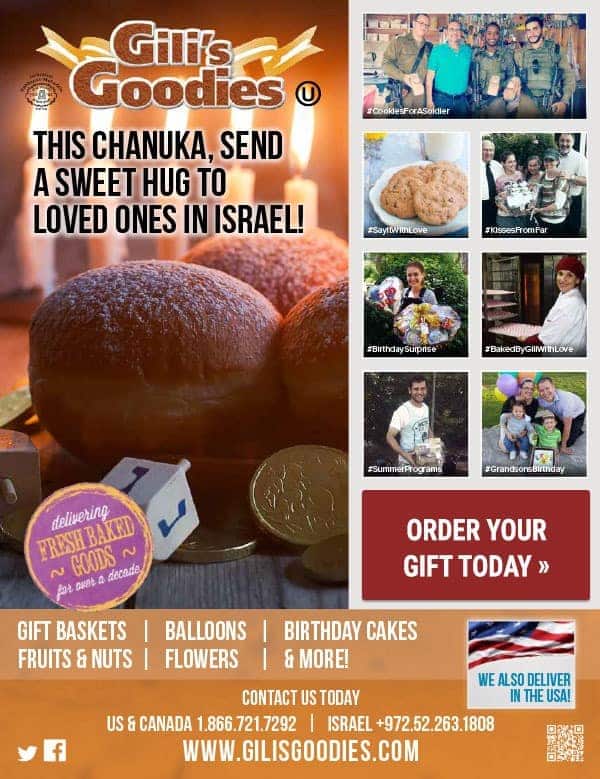 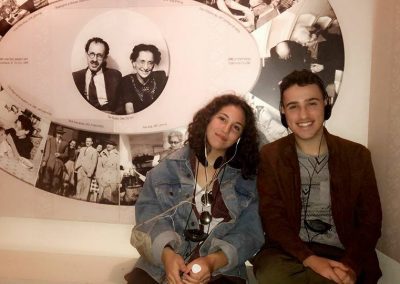 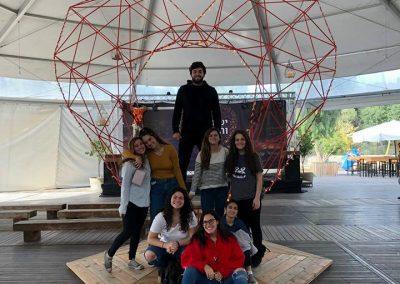 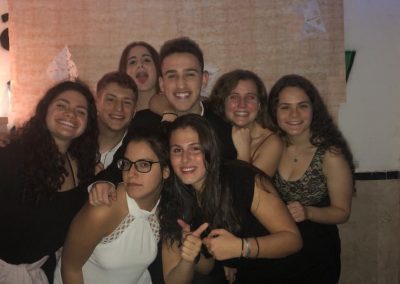 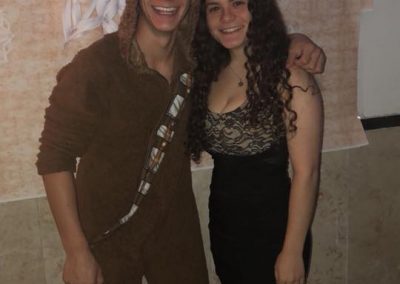 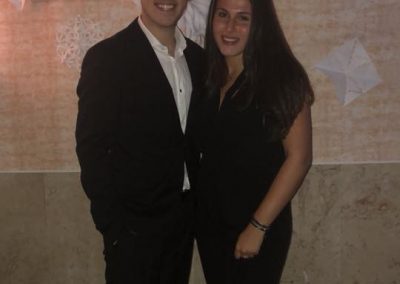 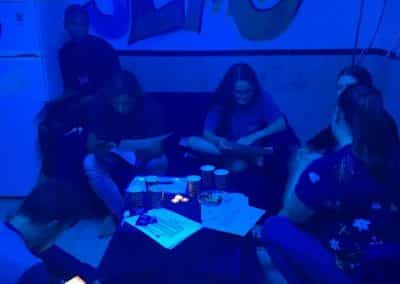 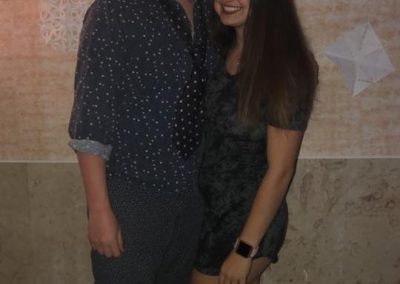 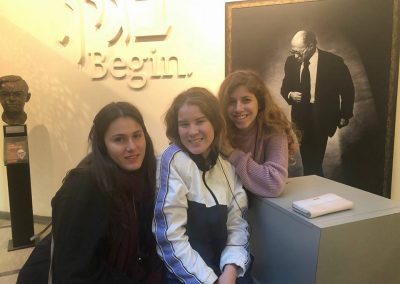 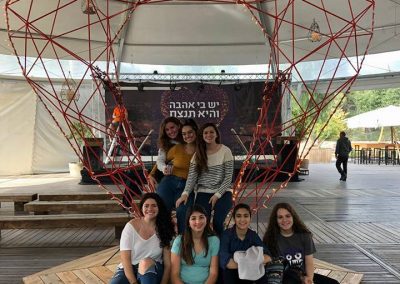 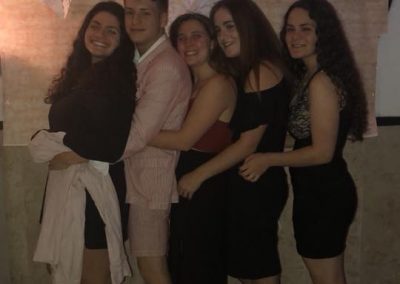