Our Admissions team is currently in The United States, Canada, The United Kingdom, Panama, Mexico, and Colombia! Click here to see their schedule

During your gap year in Israel you will certainly spend some time in Haifa and more likely than not you will visit the Baha’i Gardens.

The gardens surround the Shine of the Bab on Mount Carmel. They are more accurately known as the Terraces of the Baha’i Faith and they attract a huge number of visitors. The gardens were designed by Fariborz Sahba and, together with the Baha’i Holy Places in the Western Galilee, they are a UNESCO World Heritage Site.

The Baha’i Faith was established by a man called Bahá’u’lláh in the second half of the nineteenth century and its central teachings regard the worth of all religions and unity and equality of all people. They believe that religion is progressively revealed by one God through a number of manifestations, such as Buddha, Jesus and Muhammad. As such, they believe that all major religions are fundamentally unified in purpose. As a result, they reject all forms of racism and nationalism and they aim for a unified world order that sees all people thrive.

The religion has its origins in the Persian religion of the Bab, a merchant who began preaching a new interpretation of Shia Islam in 1844. The terraces in the Gardens are meant to represent the first eighteen disciples of the Bab. The disciples were called ‘Letters of the Living’ but no individual terrace is connected with an individual Letter.

The eighteen terraces are made up of nine concentric circles and they are meant to be emanating from the Shrine of the Bab. There is an additional terrace that represents the Shrine of the Bab. This brings the total number of terraces to nineteen, a number significant to the Baha’i faith. They follow a calendar that consists of 19 months, each with 19 days and each of the 19 months has a name that is an attribute of God such as Splendour, Knowledge and Beauty.

The gardens were opened to the public in June 2001 and they extend for close to a kilometre up Mount Carmel and cover 200,000 square metres of land. They are linked by a set of stairs with streams of running water running down either side and through the terrace bridges.

In the same place is the Arc. This is a collective name for a number of Baha’i administrative buildings and study centres. They also have their own set of gardens that include the Monument Gardens.
The Monument Gardens are a set of gardens that are home to the graves of some of the members of the family of the founder of Baha’i. The graves predate the gardens and were built between 1932 and 1939. Buried in the gardens are Bahá’u’lláh’s first wife, his daughter, his youngest son from his first wife and his oldest son.

The Baha’i Gardens are a truly beautiful place to visit and offer some tranquillity in the heart of busy Haifa. They are a fascinating historical site and it is certainly worthwhile spending some time visiting while you are based in Israel. 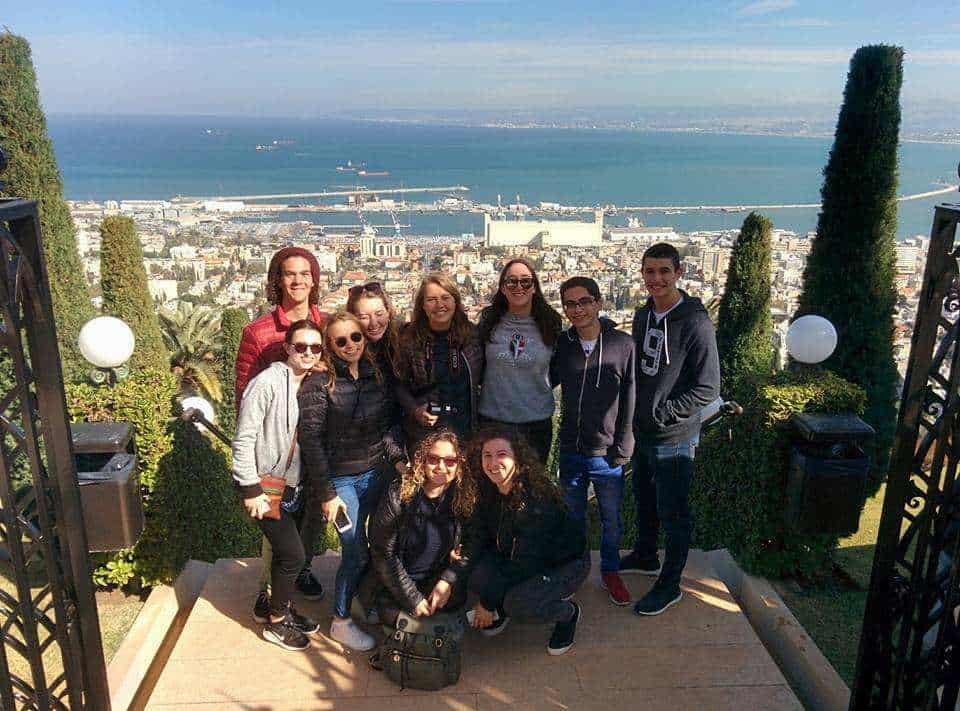