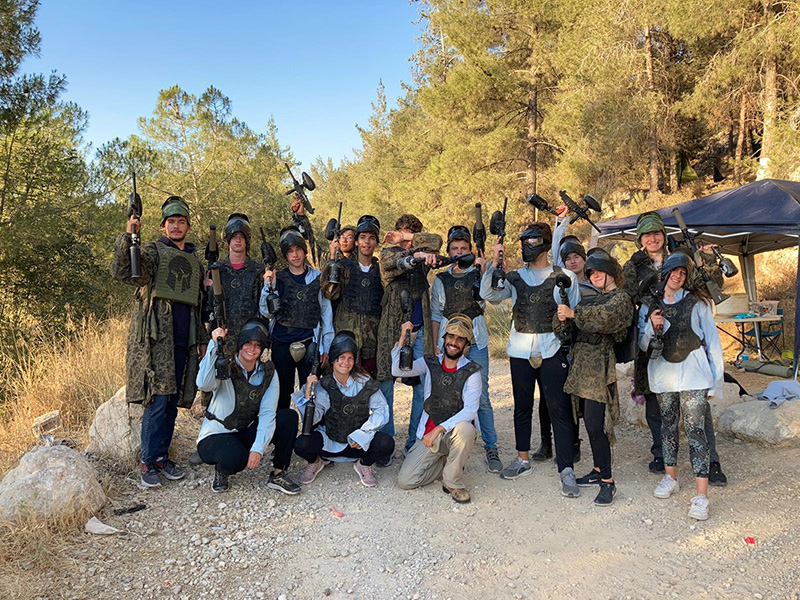 Hello Parents and Students,
This week was filled with exciting new experiences.
On Sunday, we heard from “Gift of Life,” an organization that deals with citizens of the United States, about bone marrow transplants. We discussed Pikuach Nefech (saving a life) and social responsibility. At the end of the educational session, the students were given an opportunity to get tested and entered into the registry by means of a simple swab – you rub a q-tip inside your cheek.
Around 300 Aardvark participants from the United States have been tested in previous years and entered into the bone marrow registry. Seven matches have been made so far! 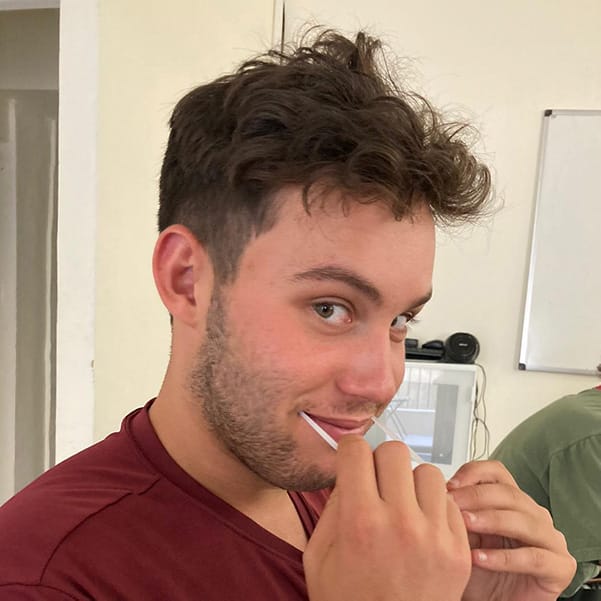 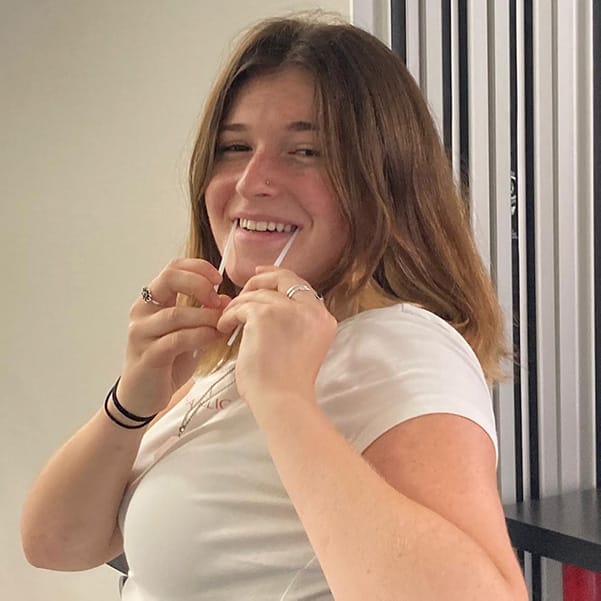 On Monday, we had an introductory session to prepare for next week’s adventure, when our students will volunteer with the Sar-El program in the Israel Defense Forces. We will be volunteering on a military base, wearing IDF uniforms, and participating in a variety of activities such as parachuting and painting tanks for the Israeli army.
Since its founding during the 1982 Galilee War, more han 200,000 volunteers have volunteered through Sar-El from more than 70 countries, helping the IDF in a logistical capacity. Sar-El is a great opportunity for our students to give back to Israel in a meaningful and productive way.

On Tuesday, we drove north to Beit She’an Park,which houses the spectacular ruins of the Roman and Byzantine city of Bet She’an. Rising above the ruins is the mound on which Biblical Bet She’an stood.
Shoshana Scott said, “The Beit She’an National Park was an amazing place of Roman architecture! While we were there, we learned about the story of the ruins. After touring the ruins, we got to cool off at one of my favorite places in Israel: Gan Hashlosha, also known as Sachne Park.” 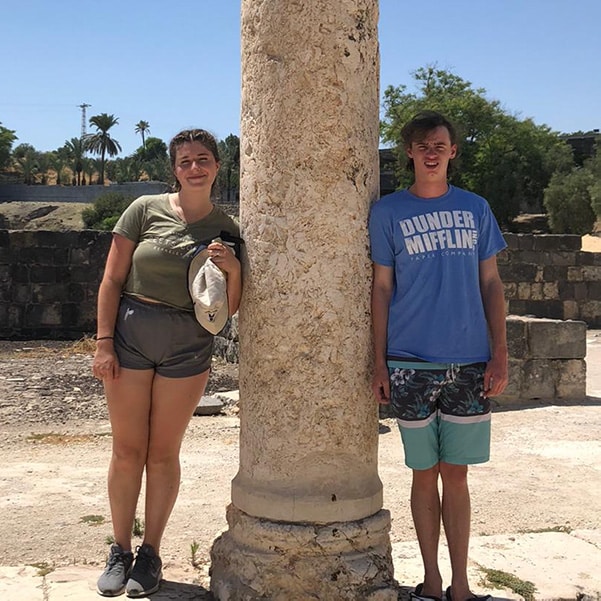 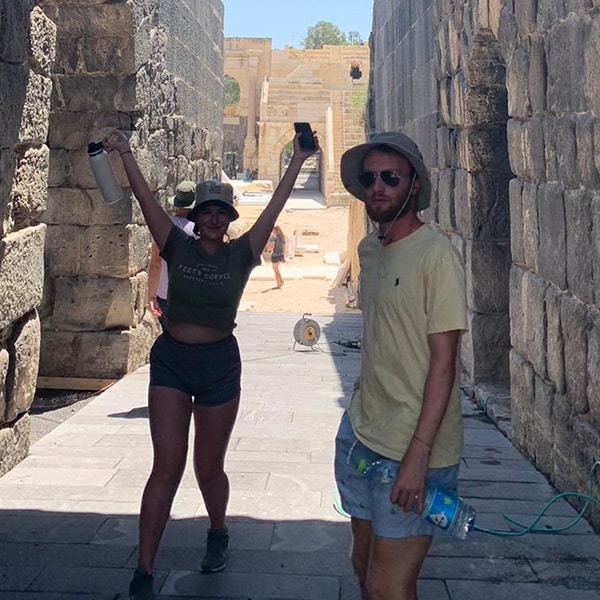 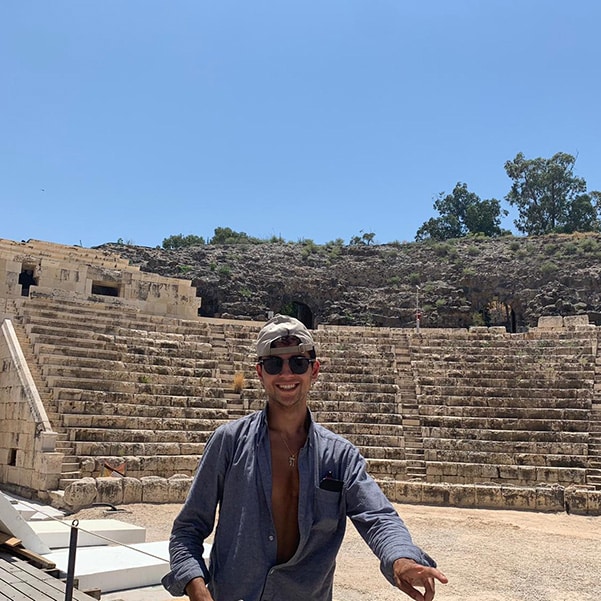 Then we continued north to a natural water park called Gan HaShlosha, a well-known water park to the west of the Bet She’an Valley. The students enjoyed the cold water and the stunning nature that exists in Israel. 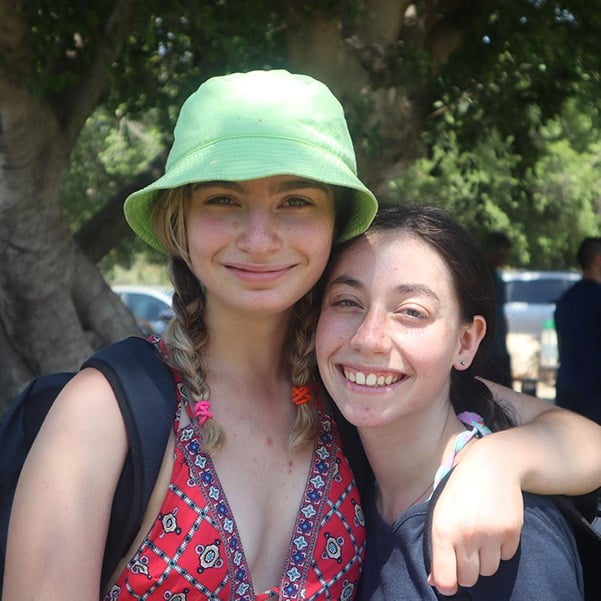 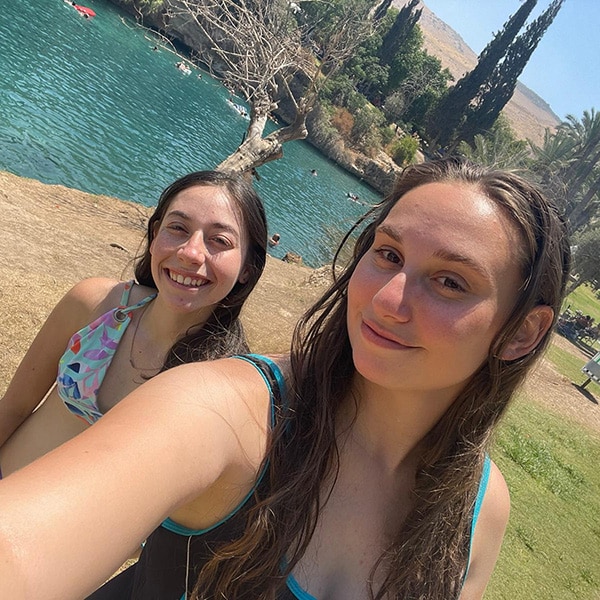 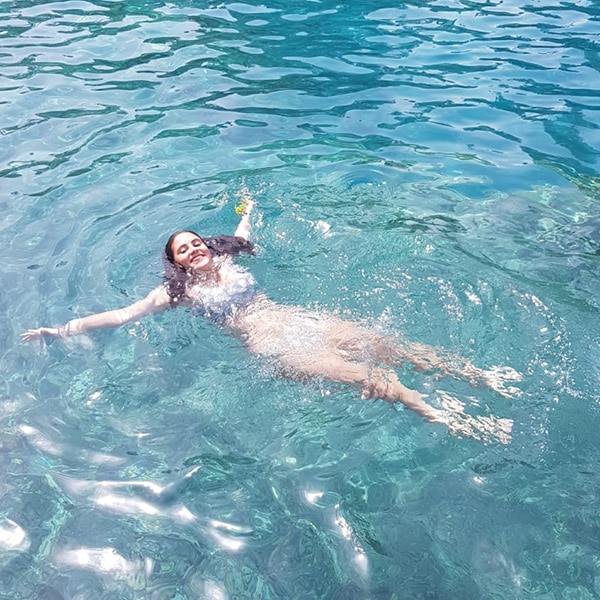 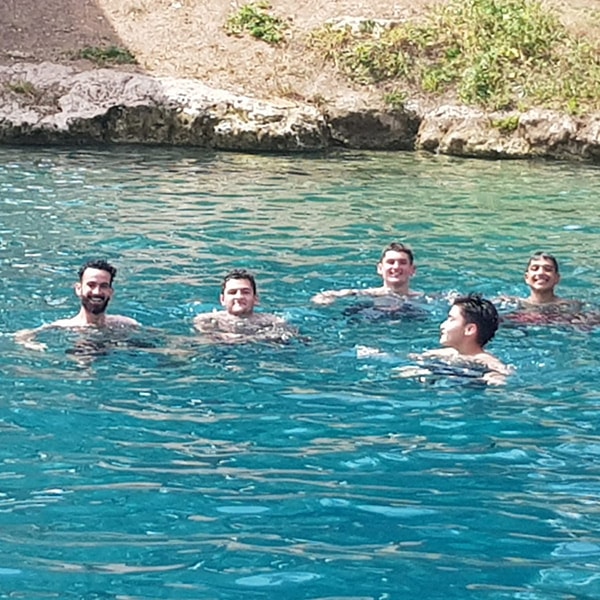 On Wednesday, the students played paintball in the Jerusalem Forest. Although they will not be allowed to use weapons while volunteering in the IDF next week, at least they can say that they fired guns in Israel, even if they were only loaded with paint. 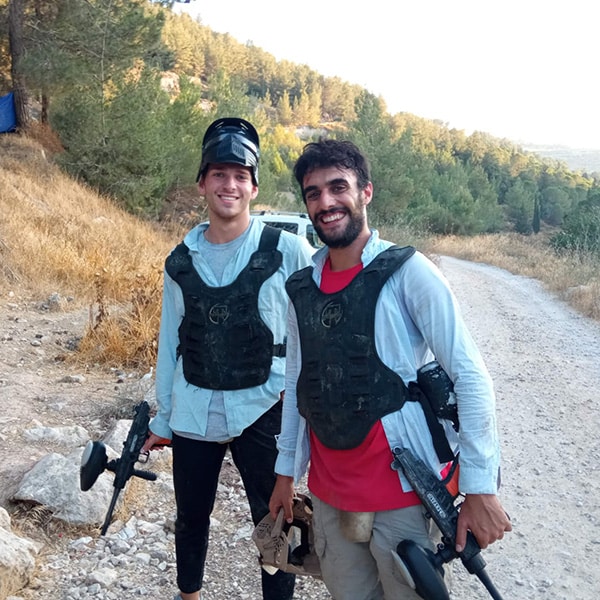 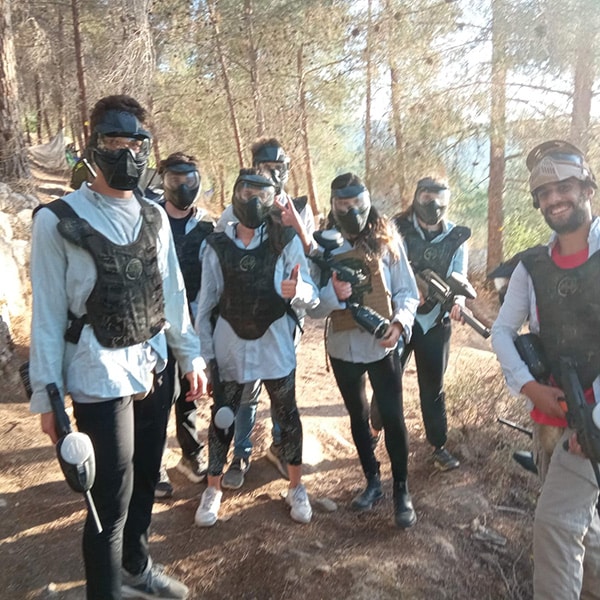 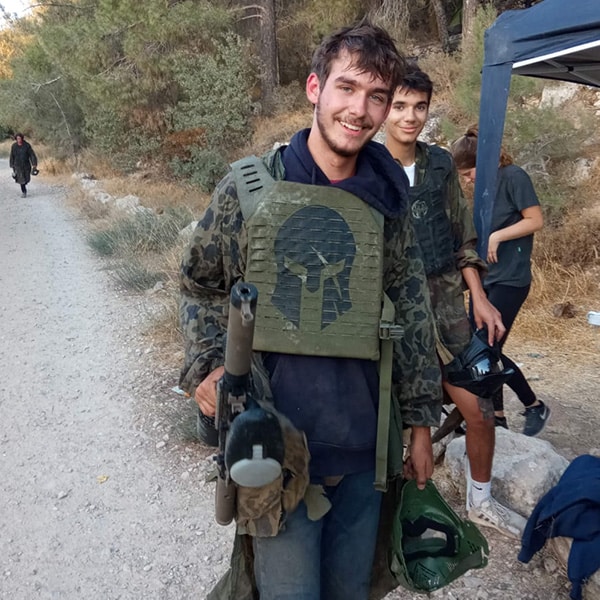 My weekly highlight by Dan Rose:
On Sunday night, Aardvark FC braved the astroturf of Liberty Bell Park. Admittedly, the boys initially got off to a slow start – the press was disorganised and the passing poor – a recipe for disaster when playing against a disciplined team, seeing us loose our first game 2-0. The wait for the next game was scintillating; hours felt like minutes, and due to the ‘walk on’ nature of the turf players started to grow frustrated. Fortunately, Noah Perlman was eventually able to channel his anger into pure defensive determination, losing our second game by only one goal. Matthew Wein’s conversion from Lebron James on the basketball courts to Buffon on the astroturf was a spectacle – pulling off some world class saves. The tables turned in the third and fourth games, managing to rally two 2-0 victory’s against opposition teams. Notable mentions go to Dan Rose with two assists as well as Jacob Gillian, Noah Pearlman, Rafi Zamet and Ross Armon all with goals. Many thanks goes to Henry Rome for keeping the bench warm. 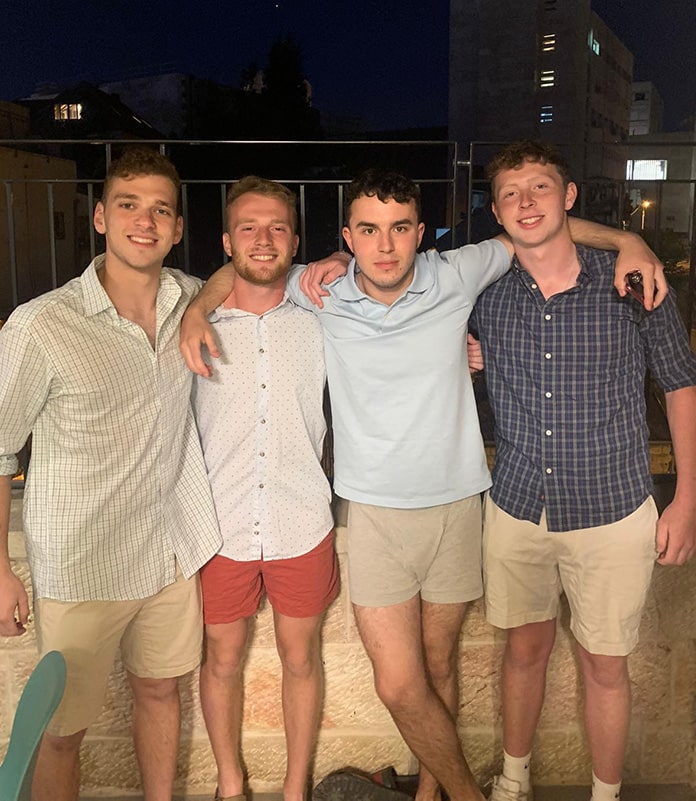 Next week, the students will be volunteering in the IDF, followed by a Shabbton in Tel Aviv. Below is next week’s schedule. 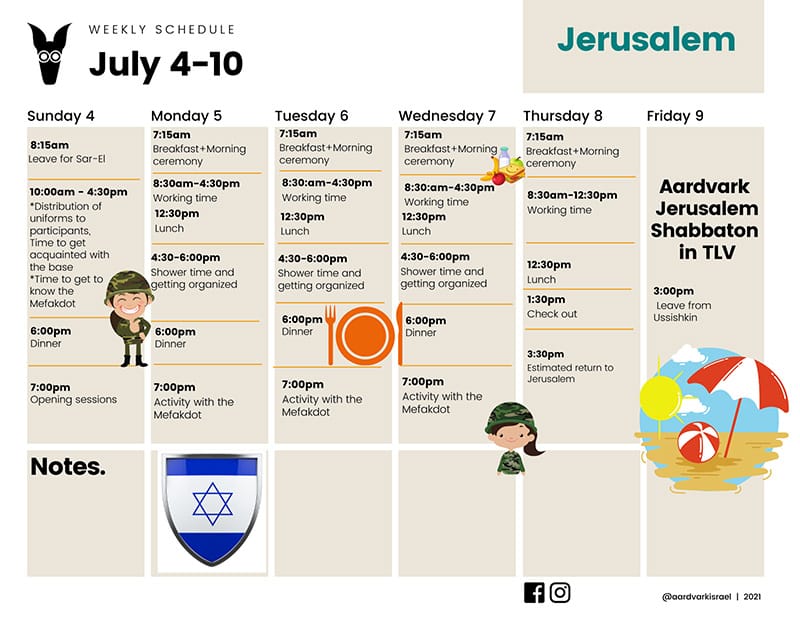 Hagar is on call this weekend.
Have a great weekend,
Natali