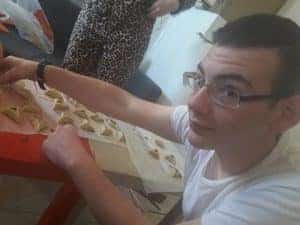 Here are some of the best moments from the past week:

It was Purim on Sunday! In the morning we made Hamentashens and went to the nursing home across the street to hand out them out along with some other snacks. We sang Purim songs and had a great time.
In the evening there were three different Megilla services for the students to choose from. The first was a reform service with instruments run by Natali. The second one was a regular orthodox service run by Chaya about which Ellis Lewkowicz said, “I went to the orthodox one. I really enjoyed the service a lot and making booing noises when Haman’s name was called. It’s one of my favorites every year. It was also my first time following along with the Megillah reading!”

The final service was with Sapir at a regular reform synagogue but without instruments. After the services, the group came together in the olam for the costume contest where the winners received movie tickets. Congratulations to Abi Brenner and Leah Ezekiel for winning this year’s costume contest!

On Tuesday we went to the Knesset and while there we heard a talk from Yehuda Glick. Yehuda Glick is a member of the Likud party and the head of an organization called Jerusalem of Peace. He is a human rights activist for Israelis and his main cause is the freedom of religion. His principle belief is that the Jewish people should have the right to pray on Temple Mount. He told us his life story and how he came to be in the Knesset. After hearing him speak we went on a tour of the Knesset. We were shown some of the building’s architectural features such as the painted tapestries by the well-known artist Marc Chagall and then we were able to see the conference room where all the important discussions take place. This is also the room where the Prime Minister and President speak.

In the evening, we had another Israeli – Palestinian Conflict discussion led by Adam Keller from Gush Shalom, a left wing organization that believes in a two state solution. The organization’s main goal is to put an end to the occupation, establish an independent Palestinian state and they want Jerusalem to be the capital of two states. They also want to stop settlement construction over the green line and believe that Palestinian refugees have the right of return.

On Wednesday, the students continued their volunteer work. This week Leo Dredsner said, “I work at Keshet Day School as a gym teacher assistant for 3-6 graders. It really helps me expand and learn more Hebrew. The kids talk to me in Hebrew and I’m learning really well. I also have a really good connection with the kids at the school. Me being 18 and closer to their age, it is a really good way for me to show more enthusiasm with the sport games!”

This week in Parsha and Pizza the group studied the Torah portion of Ki Tissa. It contains one of the most dramatic moments of the Bible when the Jewish people, waiting for Moses to come down from Mount Sinai, conspire to build a Golden Calf and begin to worship it causing both God and Moses to anger. The episode leads to the death of thousands of idolaters and a rupture in the relationship between God and the Jewish people. Rabbi Marc helped the group understand the possible reasons that led to idolatry and why the people ended up worshipping a calf as opposed to any other image. One lesson that can be learned is that of hubris. How surprising is it to think that the very people who saw God’s miracles, plagues and wonders and who stood at Sinai and heard God speak could fall from such great heights to such a historic low. The higher they rise the harder they fall. Maybe the Jews felt that they had made it to the top. From their pinnacle of spirituality what could harm them? The Netivot Shalom commentary points out that it is often exactly when things are going well that the Yetzer Hara (evil inclination) hits us. This is the time when we need to be most grateful and alert and not the moment to bask in our own glory. This is a great chance to thank your children for making our weekly learning so special. Those that come each week do so voluntarily and choose to dedicate time to enrich themselves and connect to their tradition. Rabbi Marc hopes that you enjoy reading these weekly summaries and that you find a chance to talk to your children about them every so often.

In regards to this week’s session Alex Kaufman said, “The parasha talks about the golden calf and idolatry (worshiping idols). We also talked about how God wanted to wipe out all the Jews from making the Golden calf, because Moses left them for 40 days. It was phenomenal.” Rabbi Marc put on the song “Stan” by Eminem. “It relates because the guy in the song was worshiping Eminem and that’s why it led to his downfall. I learned to be true to yourself,” he added.

On Thursday, we had a regular day with internships and classes. Aitan Haviv said, “I work for Magen David Adom as a first responder. When 101 is called we are sent to the location and we first asses and diagnose the issue and from there we decide if the hospital is the best choice or if have to do something more drastic.” 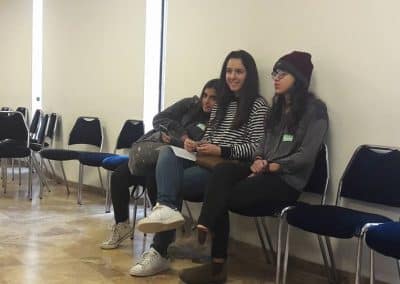 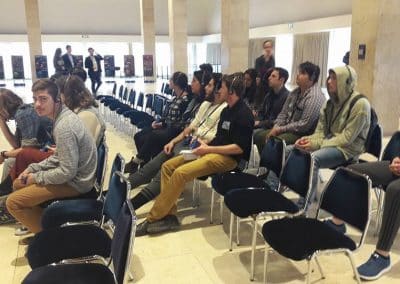 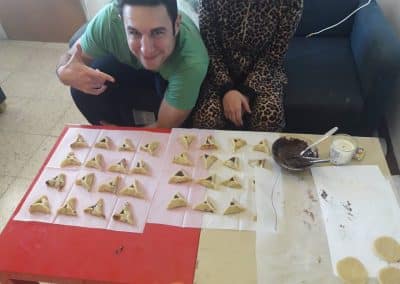 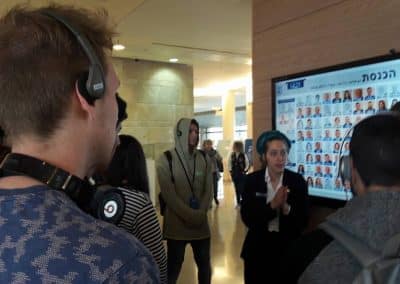 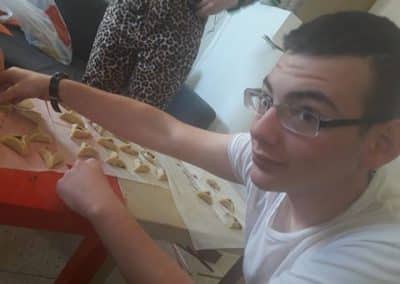 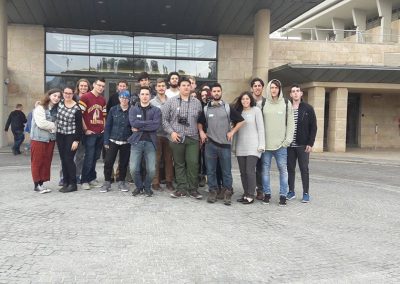 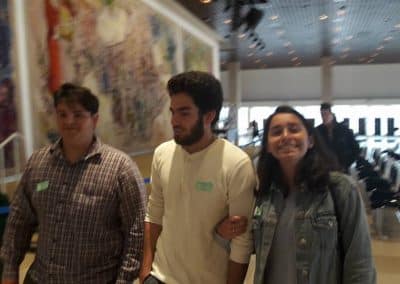 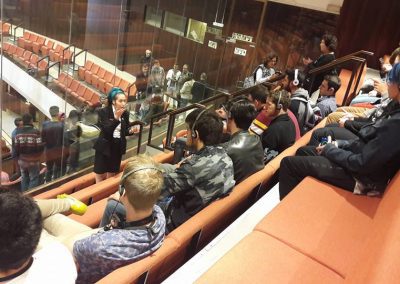 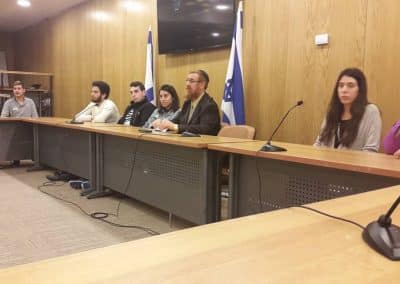 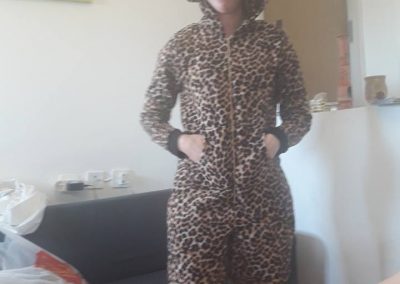