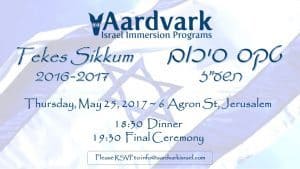 This week on Aardvark was as busy as ever with lots of activities taking place. The week was a unique combination of Jewish tradition and a last big effort before our final week.

On Sunday the schedule was relatively normal and the students went to their internships in the morning. After the internships, they had their weekly apartment meetings. Following that, we came together for a big communal bonfire to celebrate “Lag B’omer” with the entire Katamon neighborhood. We also met the students from Tel-Aviv and had a nice BBQ for dinner. Seeing the huge bonfires that the students and adults built together was a great experience. At the peak of the evening the main bonfire was lit and you could actually feel the heat next to our house.

On Monday the students had a graffiti workshop where they could let their creativity run free. Each one of them used a shirt that they liked and drew something on it. The variety of shirts was awesome, some students wrote their name on a shirt, some decided to paint a celebrity, and some kids just used whatever they could find.

Ira Weiss said the following about the activity, “I truly liked the graffiti workshop this week. It was really cool to see that such an amazing program can get someone like Mariela, who has work all over the streets of Florentine, to come and work with us.”

On Tuesday the students went on a beautiful trip to the neighborhoods of “Mishkanot Sheananim” and “Yemin Moshe.” These are the main neighborhoods that were built outside of the Old City back in the day. From our point of view, looking at the walls of the Old City, we could see, explore and understand how the neighborhood developed over time. An actor, who changed his character every few minutes to portray the many events that happened in these neighborhoods, took us on an amazing tour. He has told us a few anecdotes and stories to help us remember the events and make the tour exciting.

On Wednesday the students had a standard day of internships and classes, they are getting ready for the final exams of their courses.

On Thursday the students began their last weekend with the program and few of them decided to explore some more of the country with their last few days in Israel. They had their last formal class in Hebrew and needed to give a presentation and sit a test. In the evening they went on a tour of the neighborhood “Mea Shearim”, Jerusalem’s ultra-orthodox neighborhood. They learned about the residents’ culture, way of life and traditions. They also had the chance to be there for the start of the weekend when everyone is preparing for Shabbat and all the bakeries are open. Yum!

Next week in Jerusalem we are going to hold the graduation ceremony of the program together with the Tel Aviv group. We will also be celebrating the 50th anniversary of the liberation of Jerusalem. 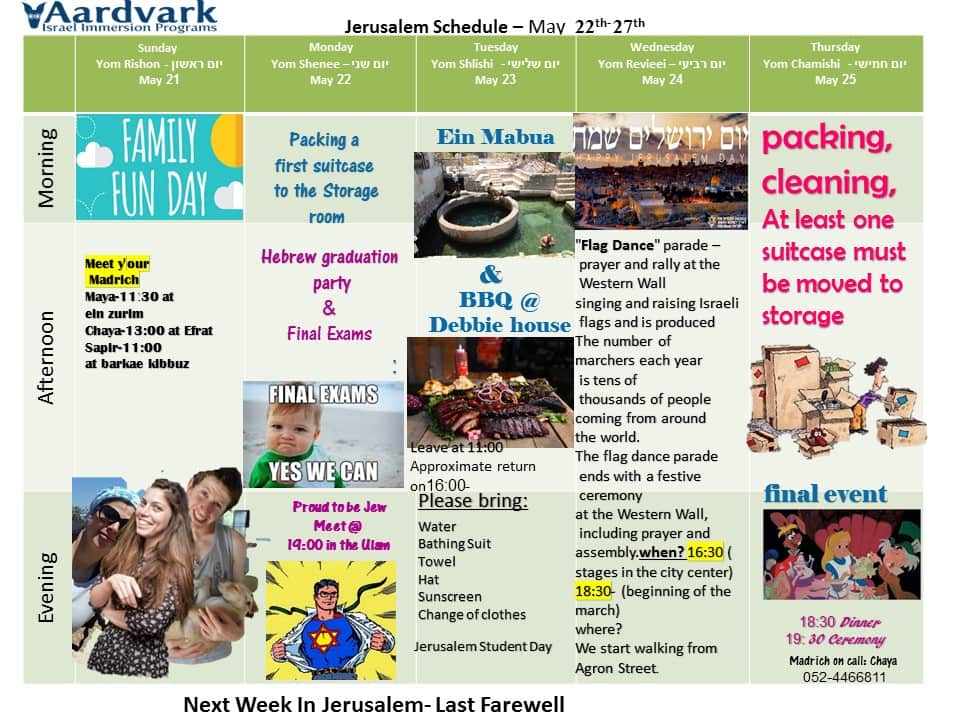 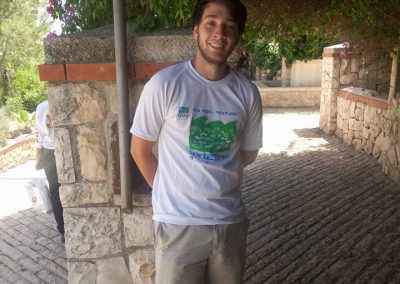 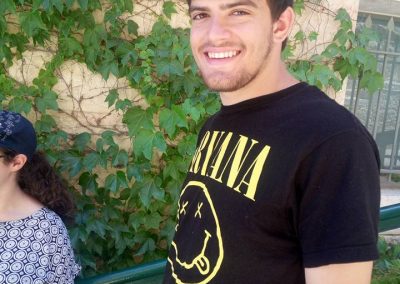 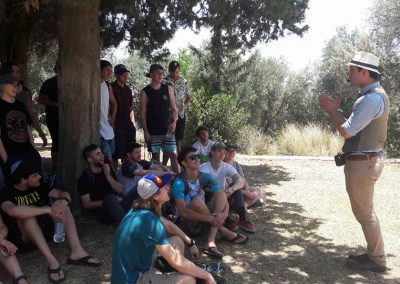 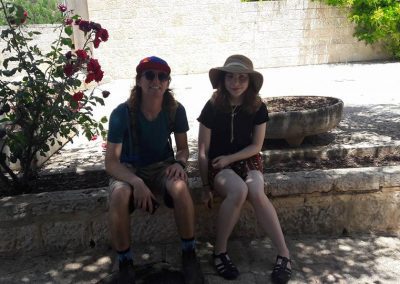 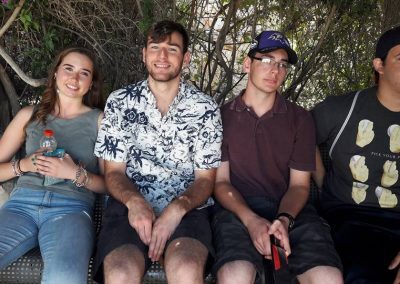 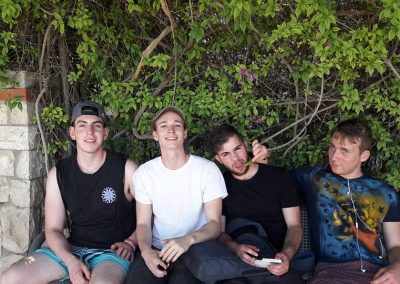 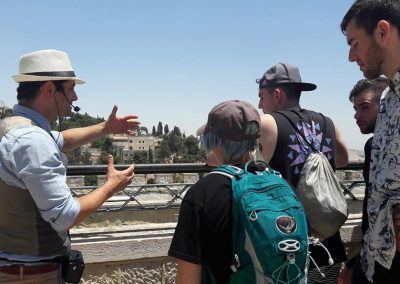 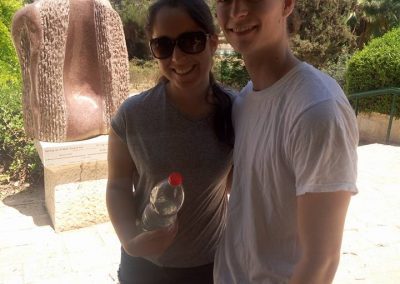 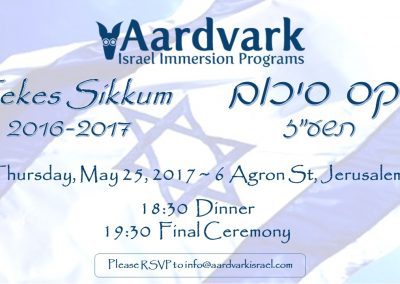