This week was very interesting for everyone. The students had the opportunity to travel to Sderot, a part of Israel that most had never been to before and some had not even heard of. In addition, some had the opportunity to talk to representatives from the MASA organization while the program’s committees showed how busy they have been with the introduction of the Culture Committee’s first activity. Overall, it was a crazy and exciting week for everyone full of new experiences and activities.

On Sunday representatives from MASA met some of our students who were picked to represent the variety and diversity of nationalities, interests and internships on Aardvark. The students welcomed the guests into their clean apartments and spoke to them about their experiences so far. Everyone had a lovely time and got to know more about the people who have sponsored some of their gap year experiences. In addition, this gave them an opportunity to really show off about what they had done in their internships and reminisce about the great activities they have done so far.

Sundays’ Apartment meetings always carry a theme and this week they focused on everyone’s aims for their Israel journey. We spoke about what the students would like to have completed by the end of the semester. As well as eating some Israeli snacks bought by their madrichim, everyone enjoyed being able to put across their hopes for the future and this in turn made them even more excited about the coming months.

Monday night’s activity was titled “Sexing Up Israel’s Image”. It was a motivating presentation given by Tuvia Book about the U.S.’s perception of Israel. He left the students thinking about how they will take the experience of living abroad in Israel and incorporate it into their future lives. Will they stand as ambassadors for Israel on university campuses? Will they as Jews pursue the idea of Tikkun Olam and continue to build their Jewish identity? Will some of them act on the sense of community in Israel and decide to make aliyah? Overall, it was a talk that got the gears turning.

On our weekly siyur we toured the city of Sderot together with the Jerusalem group. Sderot is located less than a mile from Gaza. Over the years the town has been subjected to thousands of rockets. During the tour the group visited the local police station and saw the different kinds of missiles that have hit the town in the past, known as Kassam rockets. Towards the end of the tour the group visited Sderot’s sheltered playground, to see a small part of the absurd reality of living there. The tour was led and organized by the Sderot Media Center, a non-profit organization dedicated to citizen journalism. It also serves as a news agency that aims to bring the voices of Sderot’s residents to the forefront of world news.

This week in Parsha and Pizza we looked at the Torah portion of Yitro. The portion tells of God’s revelation on Mount Sinai and the giving of the Ten Commandments. We studied them together and tried to understand their significance and ethical importance. We also learnt about Moses’ father-in-law after whom the portion is named. He was a non-Jewish priest from a place called Midian. Moses told his father-in-law all about the exodus and God’s great miracles and Yitro then praised the Jewish God with the phrase “Blessed be God” – ברוך השם – Baruch Hashem. Yitro was essentially the first person to use this phrase. Blessing God is something very powerful as it shows our appreciation for the gifts we have received in life. We used this as an opportunity to reflect on things we are grateful for today.

To hear about Wednesday evening’s activity I am pleased to hand you over to Noa Sperber:

“Wednesday night’s activity was brought to everyone by the CULTURE COMMITTEE! This committee works on creating fun activities for the students. The committee has been meeting for a few weeks to plan the night and it was a huge success. The committee arranged a game called KAHOOT in which they asked funny questions about each other and had to answer as a group. This was a real bonding experience as everyone was able to laugh at each other and it really showed how close the group has become to be able to play games together like this and laugh at themselves a little. This night was really great because even though the activity was not mandatory, everyone came along to support their friends!”

This week Selah continued with its activities. On Sunday the group met for a tasty vegetarian buffet at Lunch and Learn. As it was the day after Tu B’Shvat – the New Year for trees – Rabbi Marc shared a 9th century prayer from Egypt with the group. Each of students received a different tree from the prayer (almond, carob, chestnut, olive, etc.) and gave a small presentation about why they thought their tree was the most significant. Tuesday saw Rabbi Eli teach a class at the Bet Midrash on the Kabbalistic origins of the Exodus. The group was asked to think about how slavery was successfully imposed on the Jews of Egypt. The week ended with an amazing Tanach Tiyul where our regular Selah guide Eytan led us around Tel Bet Shemesh and taught us two important stories from the Bible – the story of Samson and the return of the Holy Ark to Israel.

Our teacher Ruben Rais has written the following about this week’s academic classes:
This week in History of Zionsm, we looked at the figure of Ahad Ha’am, one of the seminar thinkers at the outset of the Zionist movement. We discussed Ahad Ha’am’s vision of a cultural and spiritual Zionism and compared him to Herzl’s political movement. According to Ahad Ha’am, the cultural and spiritual revival of the nation is just as important, if not more so, than the achievement of a political entity. To what extent is their debate relevant to Zionism as we experience it today?

That will be all for now,
and until next time,
Shabbat Shalom 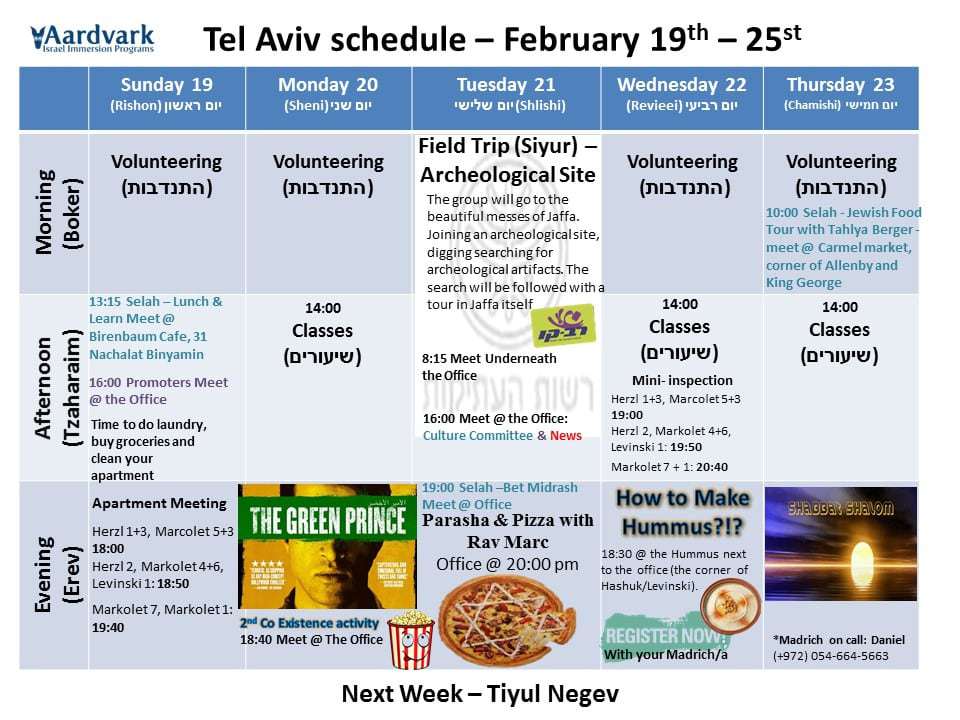 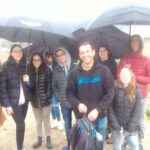 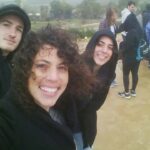 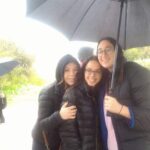 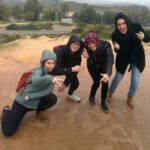 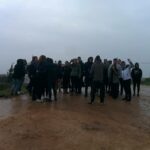 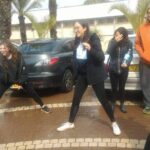 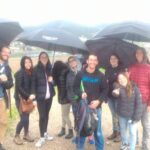 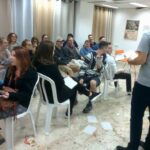 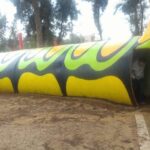 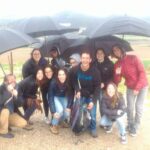