Last week I was talking to the students about maximizing their time in Israel and during the talk one of the students asked me, “Adi, are you maximizing your time? Do you have plans for the weekend?” At first I was surprised by the question but my answer was, “at the moment no, but I promise you that I will share with you how wonderful my weekend was on Sunday, if you do the same!”
So I gathered my friends and we made a plan for the best weekend ever! The highlight was driving to the northern part of the Negev to see the poppies in bloom – it was so beautiful! Green fields covered with red flowers. It is a sight you can only see here and it lasts less than a month. We call it “Red South” and Israelis from all over flock to the Negev to see it.

This week we will be traveling with all the students to Sderot for an interesting tour and of course to see the flowers as well!

Enough about me and a little bit about your children, here are some of the highlights of our warm week:

On Monday, we had an activity relating to the Israel-Palestinian Conflict with Windows, a non-profit organization comprised of Palestinians and Jews that work together to create a future in our region that is based on democracy. The group was divided into five smaller groups and each group had its own space for the activity. Ian Kornfeld, who volunteers for Windows, had prepared the office space for the activity and led the discussion with one of the five groups. On the wall of every classroom, there were a few sentences that represent beliefs or myths within Israeli society. Some examples of this are “A people without a land returned to a land without people” or “the Jewish people have returned to their land after 2000 years of exile.” The goal of this activity was to explore these ideas and encourage further discussion on these popular beliefs and their origins and the activity definitely achieved these goals. The group was very engaged in the discussions which provoked many interesting questions. Thanks to Ian for leading this activity!

On Tuesday, we took the group on a field trip to the first Jewish neighborhood of Tel Aviv called Neve Tzedek. Neve Tzedek was built in order to create the first Jewish city! You can look at it as one of the first start-ups of the startup nation. The settlers who built Neve Tzedek imagined the city of New York and with that view they started to build the first Jewish city of the State of Israel. Well, it may not be New York, but it is one of the most attractive, advanced cities in the world and personally, I’m really proud to say that I live there. After the tour, the staff took the students to the “Matkot Museum.” I’ve copied a definition from Wikipedia for those of you who are not familiar with this game.

Matkot – (Hebrew: מטקות‎ lit. “racquets”) is a popular paddle ball game in Israel similar to beach tennis, often referred to as the country’s national sport. The goal of the game is to hit a small rubber Squash ball with a wooden racket as many times as possible without dropping it.

This is one of the most popular games in Israel! Every time you walk by the beach you’ll hear the knocks of the Matkot – at any time of the year!

Avi, one of our amazing counselors, is also great at theater and acting and on Wednesday evening he led an Improvisation Workshop for the students. Avi shared this with me about the evening:

“…The improv workshop on Wednesday went amazingly. Within 10 minutes, everyone started feeling comfortable enough to let their guards down and act stupid. This is when the best improv happens; when there’s no concern of judgment from around. If we’re being stupid, we’re being stupid together. If we’re failing, we’re failing together. We also had a nice sized group where everybody still felt like they could participate and weren’t waiting too long to goof around. The group seemed to get a nice grasp on the art form of improv and really jumped head-first into the games, and took everything I had to say (the advice, the criticisms, the positivity) into account for each new endeavor. And truthfully, there were some real surprises in our group. Pandora came into the activity claiming she was awful at making things up, and Temima Mayer came in with some reluctance and timidity, and they both ROCKED it. I do think everybody in the group really surprised themselves with what they are capable of when they allow themselves to just let go sometimes. Ultimately however, everybody seemed to have a great time, and we all laughed so much, which was my end goal. Calling it a “successful” night would be underplaying it…”

On the Mind & Body Track the students did a workshop called Mindfulness. It is not so easy to explain what happened there… The goal of the mindfulness process is to empty your heart and mind from everything: feelings, doubt, thoughts, etc. and to focus on the present. The thing about mindfulness is that it is not only a workshop but a way of living. The students had an interesting time there and were able to appreciate an interesting way of looking at life. And, on Tuesday, a number of the students on this track began the Magen David Adom ambulance training course.

“..Things have been really interesting of late on the Selah program.

Our Sunday Lunch and Learn program now has a new teacher, Rav Shlomo Cheyn. He is the Rabbi of one of Tel Aviv’s most popular synagogues for young people. He taught us about the power of Teshuva and the importance of not judging or labeling people as ‘religious’ or ‘secular’.

Tuesday nights sees the group study at a local Bet Midrash. Our theme for the month is Food and Judaism. So far we have discussed the first forbidden food from the Garden of Eden as a symbol for our eating habits. We also began looking at sacrifices from Temple times and how much eating was involved.

We continue our successful Thursday outings. After being on Mount Carmel last week learning about Elijah the prophet, this week we had a Jewish Identity workshop and tour of the Beit Hatfutsot Diaspora museum.

As if that wasn’t enough, this weekend Selah is traveled to Tiberias for a Shabbaton. The group stayed in a hotel, visited Maimonides’ tomb and had a walking tour of one of Judaism’s 4 Holy cities…”

That will be all for now! Until next time, Shavuah Tov, 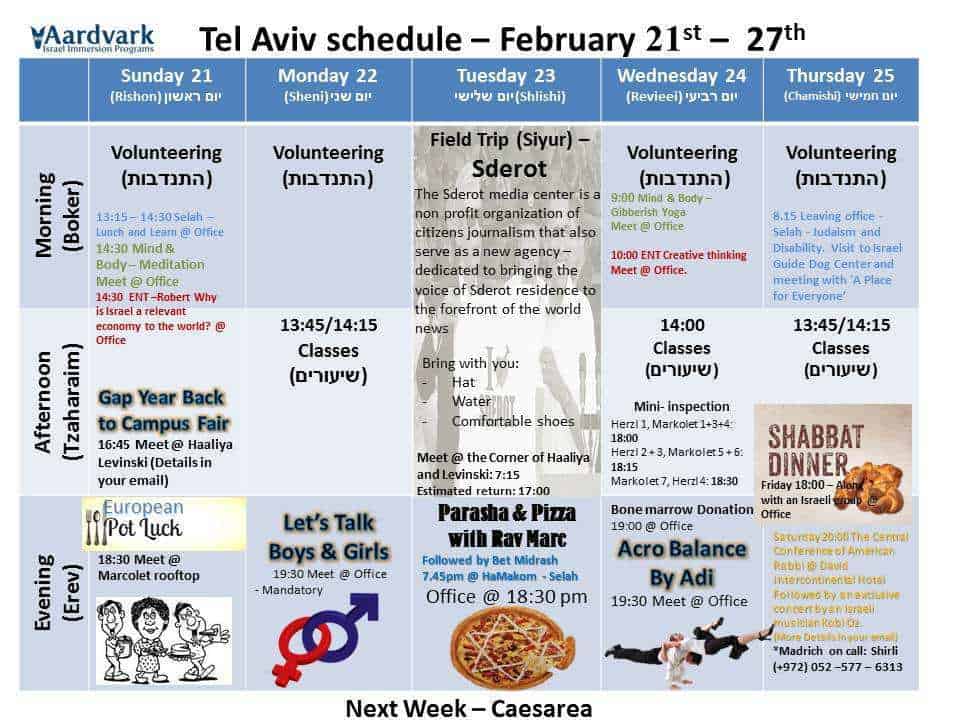 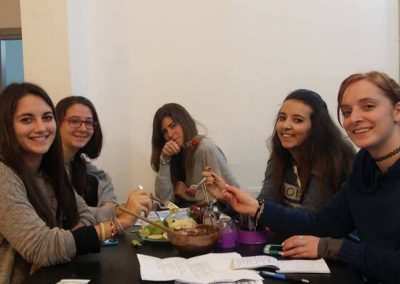 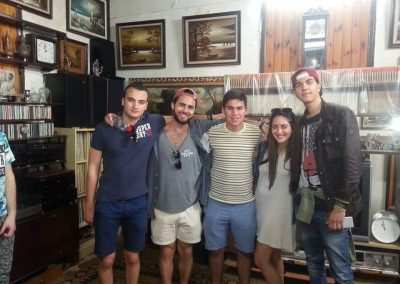 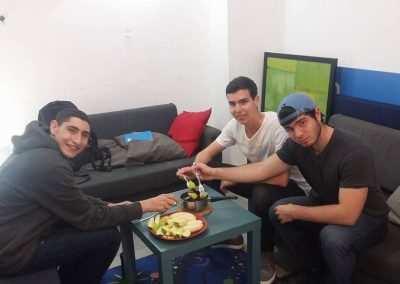 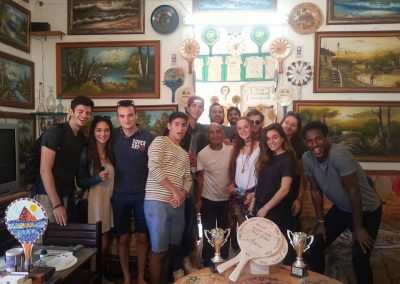