It has been an amazing week here on Aardvark Jerusalem. We had a great time meeting your children. Here are the highlights from the week:

As you know, the students arrived throughout the day on Monday and they started getting to know one other and the staff. We had lunch across the road in a local falafel shop and we had an activity later on that day. Each madrich met with their apartment group to get to know the students and spoke about what each one wants to get out of the program. We ended the day with a yummy dinner together and a talk with Natali (me), the Jerusalem coordinator, about the upcoming semester.

On Tuesday, we started the day with breakfast together and then split up into apartments for an activity on how to budget followed by a tour of the neighbourhood, showing the students all the essential places close to the apartment building. The last stop was the local supermarket where we had our first shopping trip. Later that day we ventured into town to get bus passes and to have a tour of Mahaneh Yehudah Shuk using a very cool app called “bitemojo”. The application lists a variety of shops at the shuk and provides information about the storeowners and other special aspects of them. It provides an excellent opportunity to learn to communicate with local merchants a, to eat delicious food and to get a taste of Israeli culture. When we got back, each apartment had a cooking session with their madrich, we taught them how to make a shakshukah, an Israeli dish, and then we sampled it together, some for the first time.

Wednesday and Thursday was our first overnight trip with the Tel Aviv group. The students began the day at The Salad Trail. The Salad Trail is an unforgettable experience in the greenhouses of the Habsor region in the northern Negev. The agronomist Uri Alon (a specialist in international agriculture) guided us. We observed the most up to date agricultural technologies – the “hi-tech” of agriculture. At each stop on the tour we heard an explanation before picking and eating our fruit right away! We encountered a wide variety of seasonal fruits and vegetables: The Tomato Greenhouse, The Greenhouse of Flying Strawberries, The Orchard of Chinese Oranges, Racing of Homing Pigeons, The Herbal Greenhouse of Fresh Medical Herbs, and The Field of Carrots. After sampling all of the fruits and vegetables, and a tasty lunch, we headed out for a tour of Sderot. Sderot is a city where many Israelis who formerly lived in Gaza were relocated to by the Israeli government following their removal from Gaza in 2005. With the city’s proximity to Gaza, it is a place that in recent years has been vulnerable to rockets fired from Gaza in the ongoing conflict. The city has taken measures to protect its residents from these rockets, including reinforced buildings and safe rooms in buildings, and bus stops that double as bomb shelters. We visited a children’s playground that is also a bomb shelter so that the children living in Sderot can still play. We then proceeded to a viewpoint from Israel into the Gaza Strip; we were able to see the houses there including some used as Hamas headquarters.

On Thursday, our students started the day by choosing which hike they wanted to do, Masada or Ein Gedi. Both hikes include steep hills and amazing views and our guides pointed out the historical connections we have to these areas. After finishing both hikes, we drove to one of the many Dead Sea beaches for lunch and a natural spa. For some of the students, it was their first time floating in the salt and trying the Dead Sea mud.

On Friday we had a session on the importance of volunteering and then we had time to prepare for Shabbat.

On Friday night, we all went to the Kotel (Western Wall) and for some of us it was our first time at the holy site. We danced and sang in front of the historic wall, and even placed notes inside the cracks of the stones and those who wanted had a chance to pray.

After an amazing dinner filled with song and laughter, we had the opportunity to enjoy the cool Jerusalem air on our walk back, as we all got to know each other even better.

On Shabbat morning we had a delicious potluck lunch that the students cooked themselves (!!!!!) followed by two sessions where the students were able to choose from a walking tour of the neighbourhood (including a stop at the First Station) or a basketball game. Later we enjoyed seudat shlishit (third Shabbat meal) and a musical Havdalah.

Motzei Shabbat (Saturday Night), we had a tie-dye activity run by the Madricha Maia. We all received shirts and plenty of colours and created our own colourful shirts.

What an INCREDIBLE week!

PLEASE NOTE:  Please be in touch directly with your child’s madricha. Do not call the inquiry line. The recruiting staff are not up to date with the day-to-day welfare of your child, but his/her madricha is and are therefore better equipped to answer your questions. 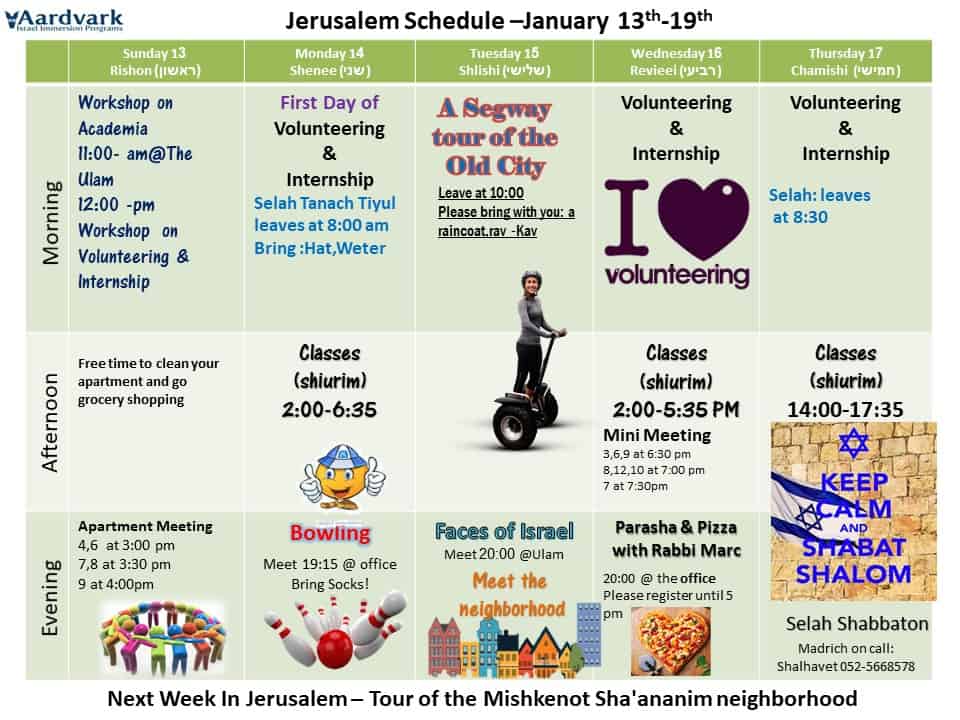 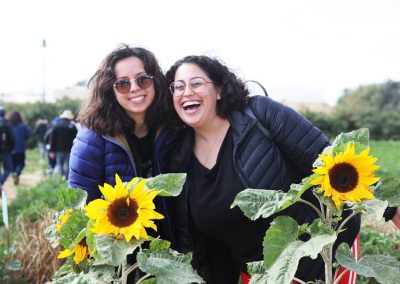 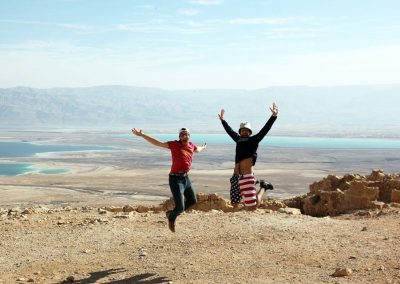 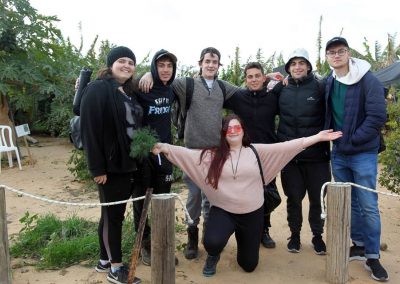 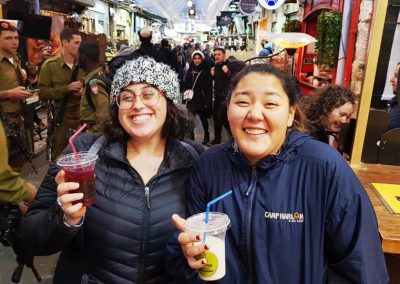 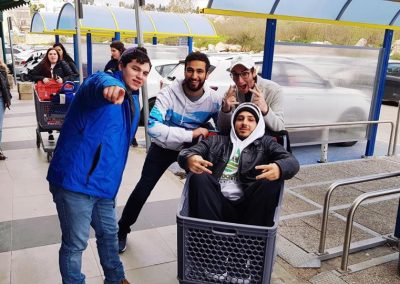 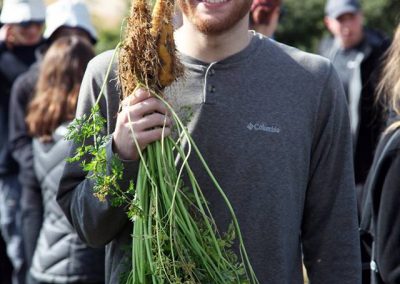 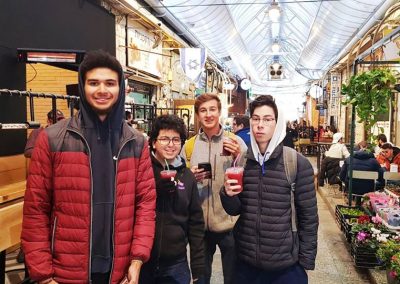 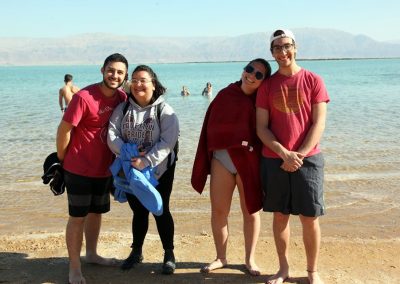 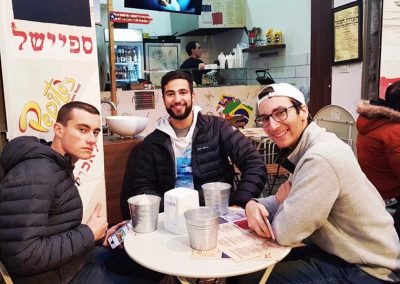 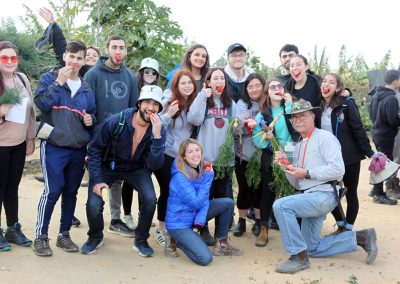 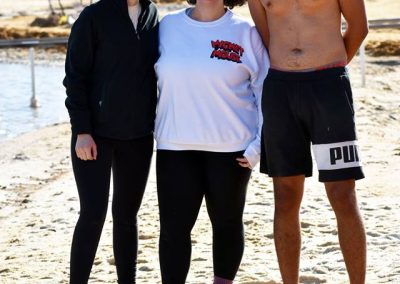