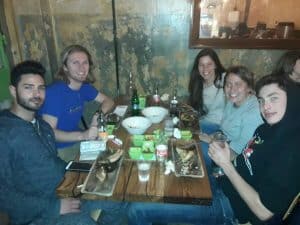 Here are some of the highlights from the past week.

On Sunday, we had a talk from the right-wing representative Ishay Flecher who talked about right wing politics in Israel. In the talk he spoke about the delicate situation with the Palestinians and the Mitnachalim (settlers), as well as the Jewish population that lives in the West Bank. Ishay explained his views on the Two State Solution and that thinks that giving land to the Palestinian Liberation Organization will never bring about peace. During the talk Coby Bregman asked “[his] opinion regarding the Trump anti-Semitism controversy.” Ishay’s response was that he “has his own thoughts about Trump, but the United States is still too involved with Israel. [He] is only worried about Israeli policy and not what the United States thinks is best.”

Here you can see the article that Ishay Flecher wrote for the New York Times.

Our weekly Tiyul was to the Temple Mount, which is known as the holiest place for the Jewish people. The Temple Mounts is the location of the first and second temples according to the Bible. Today, the Temple Mount is the third most sacred place for Muslims, after Mecca and Medina. The Jordanian police control the area, even though it sits on Israeli territory and the Israeli Police are the ones who have legal jurisdiction over the land. The atmosphere was quite tense due to the religious restrictions and politics that surround the Temple Mount, however, it was fascinating to learn about the history of one of the world’s most sacred monuments and was an excellent visit. For the evening activity on Tuesday, we learned how to make Seder Plates out of clay from scratch.

On Thursday, Abi Brenner travelled by both foot and bus to get to her internship at the local humus place where she learned how to make humus like a true Israeli. Fun fact: Most Israeli’s favorite topping on their humus is olive oil

This week in Parsha and Pizza the group studied the Torah portion of Vayakhel-Pekudei. This double portion concludes a five-week study of the Mishkan – the mobile temple or sanctuary built by the Jewish people in the desert. This week we watched a short movie clip that helped us visualize the Mishkan and Rabbi Marc led a discussion about holy space in Judaism. The group learnt a Midrash (Jewish legend) about how the Mishkan was really built and this led to a conversation about the balance we all look for between the godly and the human. Finally, we explored the character of Betzalel – the man chosen by God to design the Mishkan. He was clearly a talented individual and a master craftsman adept at metalwork, precious stone cutting and fine embroidery. The Torah describes “Ruach HaKodesh” – divine inspiration and this led us to explore the notion of creativity and genius in human beings. The evening ended with the screening of Elizabeth Gilbert’s powerful TED talk on the creative process (Click here to watch) 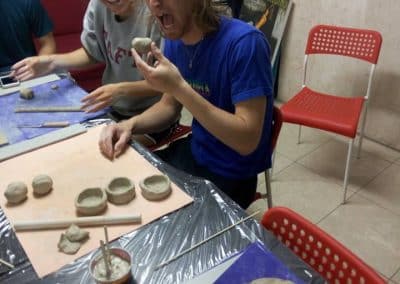 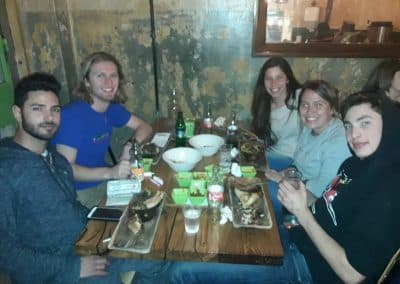 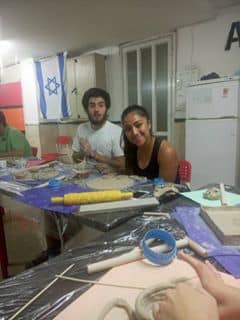 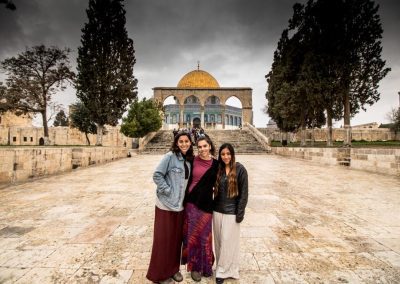 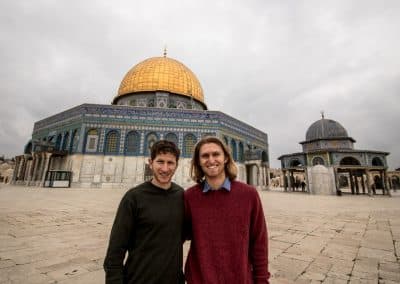 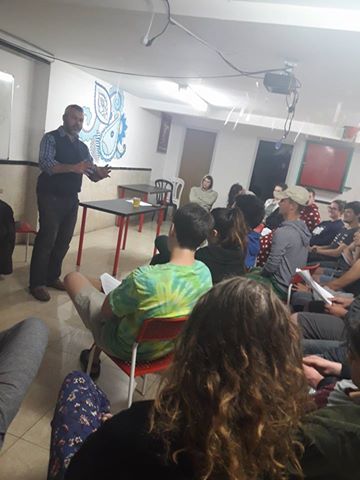 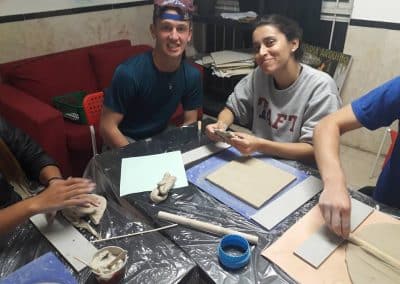 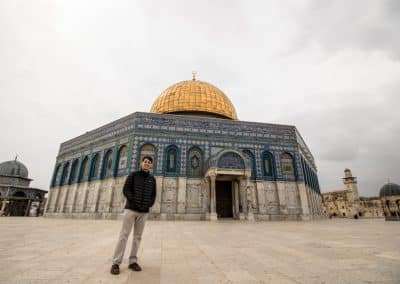