It has been a busy week with tiyulim, a light show, a Shabbaton and more! There is so much to tell you about, so let’s recap!

On Sunday night, we decided to enjoy the amazing weather we were having, and Shalhevet and Ori’s apartments took part in a soccer tournament!

On Monday night, after our regular routine of internships and academics, we visited the amazing Tower of David Light Show and saw the history of Jerusalem played out in front of our eyes on the walls of the Old City. It was an exciting and new way to see the history we had learned about all our lives.

Josh Cohen said, “Seeing the history of Israel, and especially Jerusalem, played out in lights on the walls of the Old City was so incredible and breath-taking. I’m incredibly happy I had the privilege to live in Jerusalem – a magical and holy city.”

On Tuesday, we went on a tour of a small village called Abu Ghosh, an Arab-Israeli local council located 10 kilometers west of Jerusalem on the Tel Aviv-Jerusalem highway. The first stop on the tour was the Crusader Church. Historically located at the village’s entrance, it is now the center of the Benedictine Monastery, and is one of the best-preserved Crusader remains in the country. Miquelle Taubman even sang for us inside the Monastery and it was incredibly beautiful, especially with the monastery’s amazing acoustics. The next stop was Abu Ghosh’s historic mosque in the town center, the Akhmad Kadyrov Mosque. The new mosque was completed in 2014 and it is the largest in Israel; it was built with money donated by the Chechen government. The students then enjoyed lunch at THE BEST Hummus restaurant in all of Israel before heading for our last stop of the tour, Har Adar. Har Adar was once named Radar Hill due to the World War II British military installation on the top of it. The local Jewish military thought that the installation was an air radar for the protection of Jerusalem. In fact, it was a relay station, used to boost the radio signal. The installation was handed over to the Jordanian Arab Legion on May 10, 1948, prior to the second phase of the 1948 Arab-Israeli War. The Palmach’s Harel Brigade made 23 failed attempts to conquer it, although the Jewish force held the position for four days starting on May 22, 1948. The Harel Brigade finally captured it in the Six-Day War.

Shira Vilvovsky said, “During this trip, the highlights were going to the Hummus restaurant and visiting the mosque. The hummus place was definitely a high as we got to taste local cuisine in a local restaurant. Also, we got unlimited pita, hummus, falafel, and salads, which made all of the students happy. Many of us had also never been to a mosque before, and speaking to the Imam was very enlightening.”

Women of the Wall not only seeks empowerment in group prayer and Torah reading at our most sacred site, but also strives for recognition of our prayer service by the legal and religious Israeli authorities, for the sake of all Jewish women. Our group, with a membership that is not only multi-denominational but spans the political spectrum, embodies a message of tolerance and pluralism. Click here to see a video about the Women of the Wall.

This weekend, the Tel Aviv and Jerusalem groups joined for a Shabbaton together in Modiin.

We started the weekend with a Bubble Tournament! All of the students (and staff!) strapped themselves into giant inflatable balls, giving them the freedom to bounce, flip, roll over, and bump into other participants, while playing games like Bubble Soccer or racing down the field. It was a fun way to begin such an amazing weekend.

Shabbat celebrations started with a musical Kabbalat Shabbat with dancing and singing. It was an incredible way for all of us to bring in the Shabbat as one program.

From there, we separated into four optional prayer groups: Orthodox, Reform, Conservative and Secular. We are so lucky to bring Jews from different walks of life together and to learn about their different perspectives on Judaism and their customs. We enjoyed a very festive dinner filled with song and ruach (spirit). We ended the night with an Oneg Shabbat complete with snacks, games and a lot of laughter.

We woke up on Shabbat morning feeling refreshed. We split into alternative Tefillah prayer groups: Limmud, Art as Prayer, Finding God in Nature, Jewish Meditation and Yoga, and The Army and Prayer. In our groups, we learned how Tefillah doesn’t necessarily need to come from a prayer book but can come from other places and inspirations as well. Following that, we had a session called “My Jewish Passion” with some of our head staff. Pirkei Avot, My Jewish Identity, Jewish Story Telling, and Relationships, were some of the topics that our students had the pleasure of enjoying and learning a lot about.

After Menucha (rest) time, ten students were asked to prepare 10-minute talks about different topics related to their time in Israel. The topics included food, army, religion, the Holocaust, Women of the Wall, Israeli sports, happiness, relationships, Hebrew, and more. It was insightful to hear from the students and about their perspective on these subjects and their time spent in Israel, and to see them take a leadership role during our weekend away.

We concluded our afternoon with Chugim (relaxing fun and games) and the students were able to choose between Ultimate Frisbee, board games, slackline and much more. Our Shabbat concluded with Seudah Shlishit and a musical Havdalah lead by our students.

“This was my first Aardvark Shabbaton with both cities, and it was meaningful to me because I got to spend Shabbat together with my friends who are now my family. During the musical Kabbalat Shabbat, at first, I was sitting on the side. But then I looked at everyone singing and dancing, and it encouraged me to step out of my comfort zone and join in. I realized then, how much fun it can be to celebrate Shabbat and how much this year has made me grow. I really can’t fathom that this year is almost over, and soon I’ll be having to say goodbye to these people that I have grown to love.” – Sam Leopold

Wishing you all a great week, 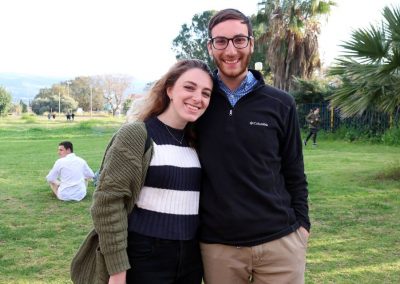 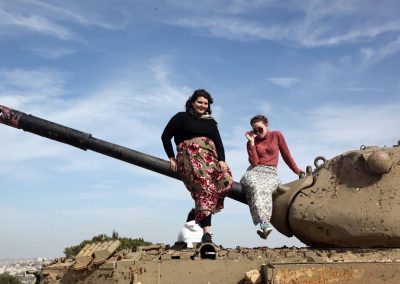 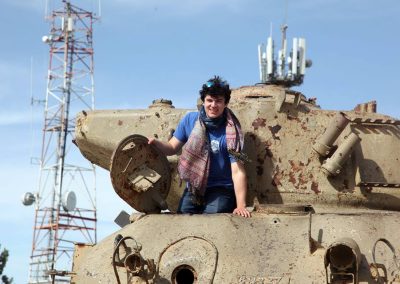 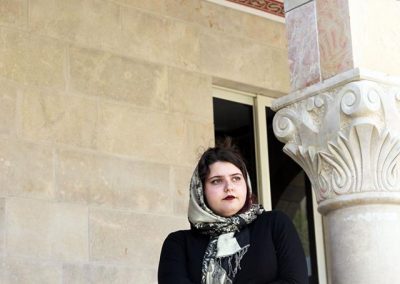 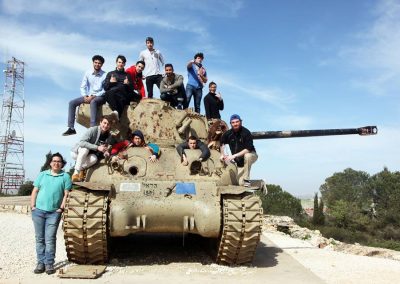 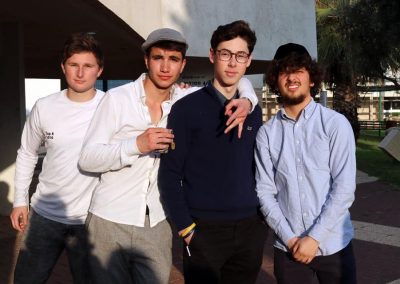 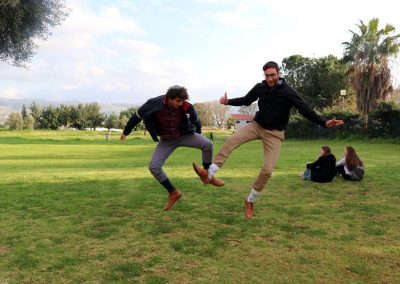 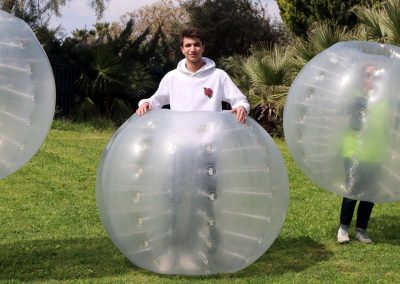 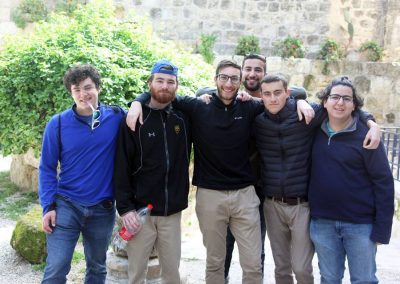 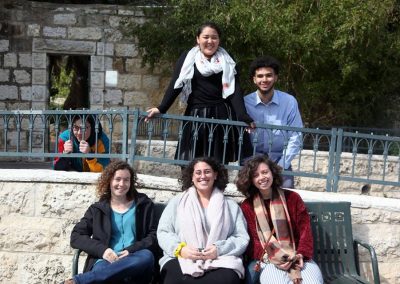 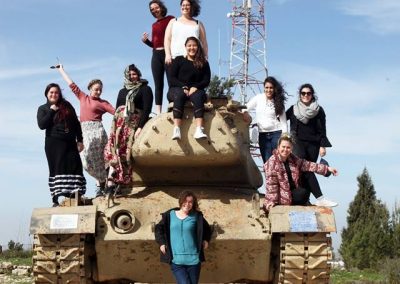 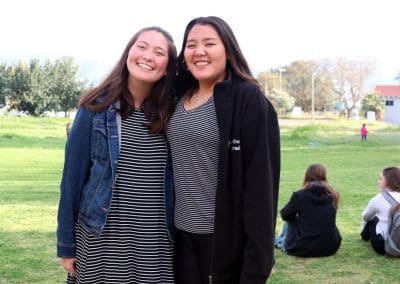