As you probably understand from your children and the schedule, we are building a weekly routine after the intensive orientation we had here. The students are starting to understand the framework we have created for them. For example, when is the right time to go to the gym? How do I need to organize my time in order to make it to my Hebrew class and not starve? When will I need to go to sleep and when it is ok to stay up late? Those are the questions the students were dealing with throughout the week along with questions regarding their volunteering, new classes, and new friends.

Here are the highlights from this week.

On Sunday evenings, from now until the end of the semester, students will meet with their madrichim in their apartments for an apartment meeting an inspection. The madrichim led a cleaning session showing the students what is the standard of the cleanliness for our apartments and how to get there. Some of the students were a little bit in shock when they realized they actually need to clean their apartment at least twice a week and someone will check it. You’ll be surprised by the high level of cleanliness most of the apartments got after one session only. Some still need some extra help but don’t worry, we’ll get there soon.

On Monday morning, a large portion of the students started their first day of volunteering. It was an exciting day! Full of meetings, interviews, and schlepping around the city with public buses. Some of the students were excited and nervous so they showed up in their volunteering place an hour and a half beforehand. Ilan Lewis started his first day at Startau It is a springboard for entrepreneurs. Startau gives guidance and tool for little start-up companies in Tel Aviv. Ilan is preparing the meetings between Startau management and other companies around the globe (Holland, Germany, Nigeria, Brazil and Peru). He even wrote some letters this week to some ambassadors.

The first week of every semester starts with an intensive Hebrew course. The students met their new teachers and started to study on the level that is right for them. The Ulpan we are working with called Ulpan Milah. They are one of the best Ulpanim in Israel. They believe that languages can be taught only by interactive approaches. In each class, there is some kind of a learning game for the students and if you will walk into one of their classes you will see that the teachers are almost preparing them towards their next meeting with an Israeli salesman, the cashier at the supermarket or the young Israeli man or woman they will meet soon. You can check out their website (Click Here for Milah’s Web).

Later that day, the madrichim wanted to reduce some of the pressure of the day by preparing a “Scavenger Hunt”. The staff divided the students into groups. Each group had a bunch of missions to accomplish in order to win. The staff prepared missions that will make the students go outside the office and get to know their new neighborhood. Missions such as finding out the prices of specific groceries in the supermarket, go to the corner of a specific street to meet Adi and answer his questions and try some samples of cosmetics in Superpharm. The challenges were pretty amazing. Everyone tried their best in order to win, but only one team was a little bit better than the rest of the group – “The Amazing Seven” (Natali Deller, Noam Ganz, Zanna Lewkowicz, Shai Abrahams, Leah Polish, Ricky Studetzkei, and Noah Kessler). After winning the first place they went with the madrichim to collect their prize – dinner at an Indian restaurant. Happy, satisfied and exhausted they all went to sleep that day.

On Tuesday, the students had an exclusive tour at the Coca Cola Factory! Through the tour, they were experimenting with some cool and wired stuff. They drank different types of CocaCola and even sat inside a moving ball that gives an explanation of the history of Coca-Cola. Did you know that there are only three people who know the secret formula of the drink and one of them is a Rabbi! – Why? Because they needed to make sure the drink is Kosher.

Every week at Parsha and Pizza, Rabbi Marc welcomes students for some food and a conversation about the weekly Torah portion. This week the group began discussing the great story of the Exodus. Rabbi Marc pointed out that the first time Jews are referred to as a people (עם ישראל) is in the portion of Shemot that we read this week when Pharoah began his campaign of enslavement and genocide. The group was asked to try and define what makes us a people and whether we are able to define ourselves positively as a nation or whether we can only feel united when our enemies attack us. From there we went on to look at the early life of Moshe, our greatest prophet, and leader. We learned about his passion for justice and how already at an early age he stuck up for the oppressed. Finally, we talked about the powerful message of the burning bush – how the fire of our passion and purpose in this world will never go away until we act upon it.

On Wednesday, the group was divided into three groups for paintball. It was a long battle, many T-shirts were re-decorated, but in the end, the blue team won after Sarah Pfrenger made a heroic move by staying in the field after she finished her ammo in order to confuse the enemy (the other team).

The week is not yet to be over and there are more plans ahead.
On the weekend Maya – The madricha who is on call, arranging a potluck dinner. It is a great opportunity for the students to interact with each other and make sure they are using positive energies in their weekend – encourage them to participate!

This week Selah began activities in Tel Aviv. On Tuesday Rabbi Marc ran a Bet Midrash session about the theme of free time in Judaism. The group made pie charts of how they spend their time on an average day before going on to learn some Jewish sources about leisure and relaxation. The main question asked was whether Jewish tradition allows us downtime or are we supposed to be full-on with our Judaism 24/7. On Thursday the group got on a minibus and were taken to visit Beit Shearim National Park. There, our monthly Tour Guide Eytan, explained the significance of the site, dating back to the 1st century BCE. The site tells the story of Rabbi Yehuda HaNasi who edited the Mishna, one of Judaism’s most important works of Oral Law. The group also learned about Elijah the prophet and his famous struggle against the priests of Baal nearby on Mount Carmel.

As every week I have attached pictures so you’ll have a better sense of what I’m writing about.

That will be all for now,
Until the next time,
Shabbat Shalom, 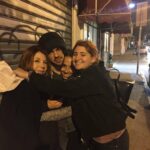 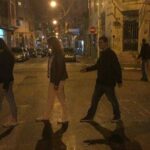 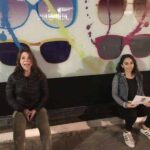 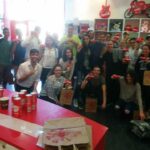 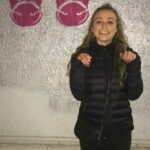 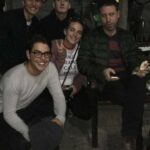 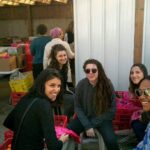 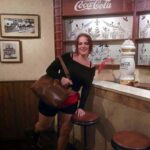 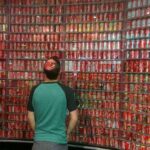 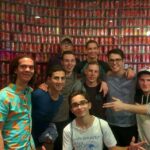 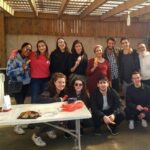 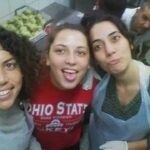 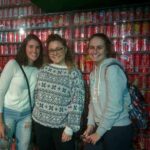 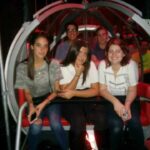 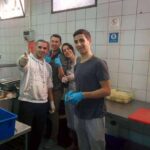